Liberals are mad enough at Republicans jamming through Amy Coney Barrett’s confirmation to the Supreme Court, but Sen. Dianne Feinstein managed to infuriate them even more when she actually praised the hearings—never mind her big hug with Lindsey Graham as the hearings wrapped up.

During her closing remarks Thursday, the veteran California senator praised Graham, the Republican chair of the Senate Judiciary Committee—who had convened the fourth and final day of hearings by ignoring the requirement for a quorum. “I just want to thank you,” Feinstein told Graham. “This has been one of the best set of hearings that I’ve participated in. It leaves one with a lot of hopes, a lot of questions, and even some ideas perhaps of good bipartisan legislation we can put together.”

At the conclusion of the hearing, Feinstein, the ranking Democrat on the committee, approached Graham to shake his hand. They then hugged.

Feinstein was blasted almost immediately, and not just by her critics on the left. Former Obama speechwriter Jon Lovett tweeted that Feinstein’s praise of Graham is “another sad statement about how poorly represented we are by Dianne Feinstein.”

Should Democrats win back the Senate, Feinstein is in line to take over the Senate Judiciary gavel due to seniority. The 87-year-old, who won another six-year term in 2018 against a progressive challenger partially thanks to backing from national Democrats such as former President Barack Obama, expressed skepticism last month of reforms such as getting rid of the legislative filibuster and adding seats to the Supreme Court to rebalance it.

Her performance Thursday, however, infuriated her critics. “It’s time for Sen. Feinstein to step down from her leadership position on the Senate Judiciary Committee,” Brain Fallon, the executive director of the group Demand Justice and a former spokesperson for Hillary Clinton and Chuck Schumer, said in a statement. “If she won’t, her colleagues need to intervene.”

“If Senate Democrats are going to get their act together on the court going forward, they cannot be led by someone who treats Sunrise activists with contempt and the Republican theft of a Supreme Court seat with kid gloves,” Fallon added, referencing an incident in 2019 where Feinstein dismissed young activists with the climate justice group.

The Los Angeles chapter of the Sunrise Movement tweeted a video of the incident, adding: “We’ve been saying this about Dianne Feinstein for a while now.”

Feinstein’s position may be in real jeopardy, too. Last month following Ruth Bader Ginsburg’s death, Senate Democrats expressed skepticism that Feinstein would be able to effectively lead the opposition to Barrett. “She’s not sure what she’s doing,” an anonymous Democratic senator told Politico last month. “If you take a look at [Brett] Kavanaugh, we may be short two senators because of that. And if this gets [messed] up, it may be the same result.”

It’s clear that the Democrats, including Feinstein, completely lost the messaging war over Barrett’s nomination. Support for Barrett’s confirmation stood at just 37% in a Morning Consult poll immediately following the announcement; by the start of the hearings, it had increased nine points. With a disorganized and lukewarm opposition, it’s likely that support will grow even more.

Feinstein told Politico at the time that she was “really puzzled and taken aback by this.” But following the conclusion of the hearing, she was again put on blast by Democratic colleagues.

“It’s very hard to watch a colleague in decline,” one anonymous Senate Democrat told HuffPost. “That this is occurring publicly is even harder.” 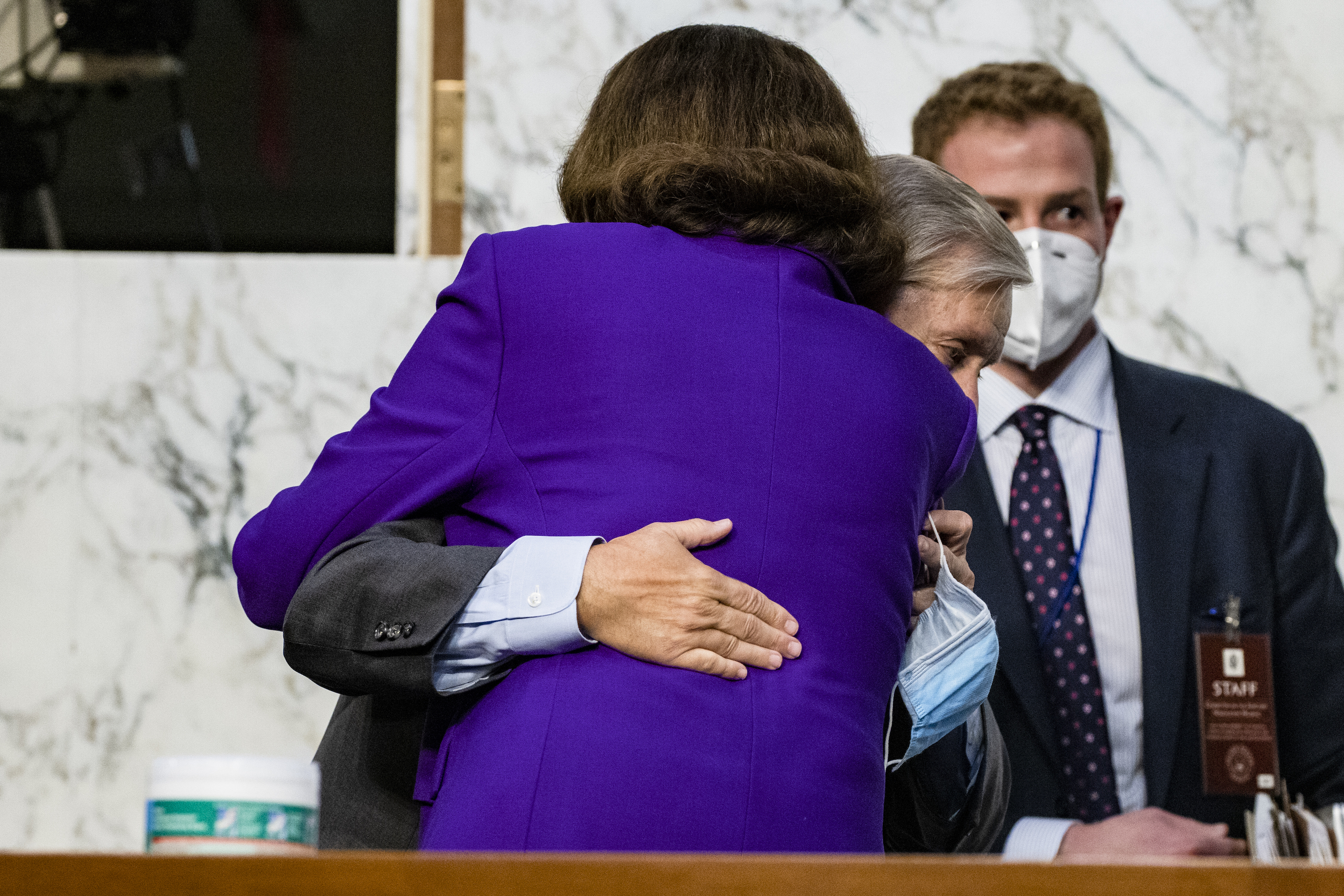 Coronavirus: ‘Extend Eat Out to Help Out’ – restaurant owner