When given the chance to talk directly to former Vice President Joe Biden during his town hall Thursday night, one young Black voter didn’t hold back with his line of questioning.

“Many people believe that the true swing demographic in this election will be Black voters under the age of 30,” Cedric Humphrey, whom moderator George Stephanopoulos identified as a “student from Harrisburg, Pennsylvania, and a progressive Democrat,” said to Biden. “Besides ‘You ain’t Black,’ what do you have to say to young Black voters who see voting for you as further participation in a system that continually fails to protect them?”

The question was a clear call back to one of Biden’s biggest gaffes since hitting the campaign trail. In May, Biden infamously told “Breakfast Club” host Charlemagne tha God, “If you’ve got a problem figuring out whether you’re for me or Trump, then you ain’t Black.”

The words have haunted him in his run for the White House. President Trump, who had a competing town hall in Miami Thursday night, most recently invoked the line during his two-hour “Radio Rally” on the Rush Limbaugh show last Friday. Biden, despite his overwhelming lead over Trump at this point in the race, has also struggled to excite the young Black vote.

On Thursday night, Biden responded to the young voter’s question by immediately invoking the memory of the late civil rights icon John Lewis. He also encouraged the young man and others like him to get out the vote.

“Well, I say, first of all, as my buddy John Lewis said, it’s a sacred opportunity, the right to vote. It can make a difference,” Biden said. “If young Black women and men vote, you can determine the outcome. Not a joke, you can.”

What followed was a thorough rundown of what a Biden administration would do for Black America. The former vp discussed bettering the criminal justice system for people of color, increasing school funding and raising teacher salaries, allocating $17 billion to HBCUs, and more.

Biden also said he’d favor providing financial support for Black-owned start-up businesses and aspiring homeowners and that he’d build on a lot of what he and President Obama did during their tenure in the White House.

“All the studies now show, and I’ve been arguing this for a long time, Black entrepreneurs are just as successful as white entrepreneurs or anyone else if given a shot,” he said. “We had a program where we took $1.5 billion and we invested it in all the SBAs around the country, state Small Business Associations, and that generated $30 billion.”

As he concluded, Biden left Humphrey with one last message, one that was a clear appeal to Black viewers.

“It’s about accumulating wealth,” he said. “The vast majority of people of color are behind an eight ball. We’ve got to change that.”

Biden, however, notably did not apologize for his previous comments, which he did just hours after his slip-up on the popular hip-hop morning show in May.

“I know that the comments have come off like I was taking the African American vote for granted. But nothing could be further [from] the truth,” Biden said at the time. “I’ve never ever done that, and I’ve earned it every time I’ve run.” 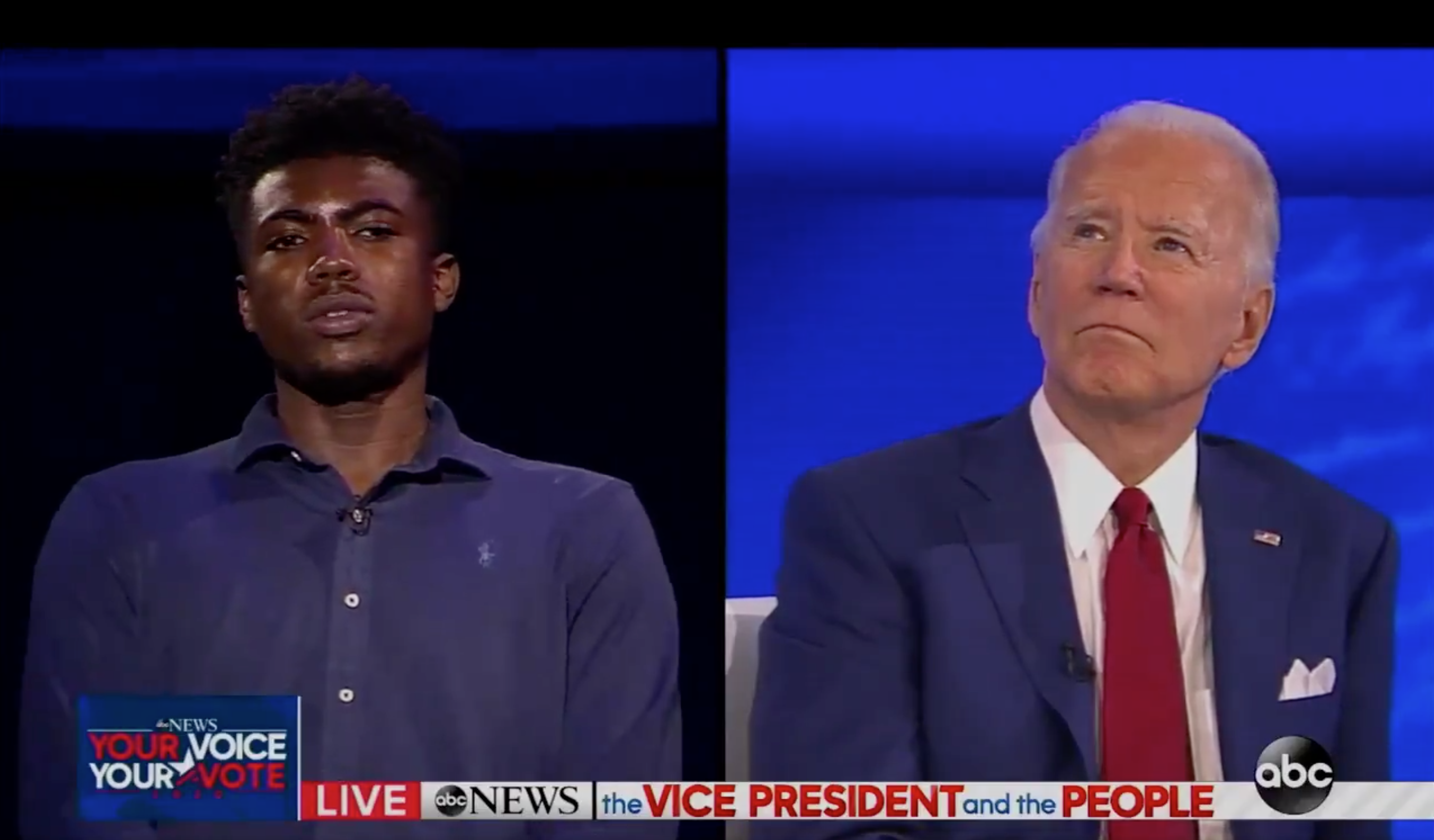