Dr. Anthony Fauci is not surprised that President Donald Trump contracted coronavirus last month, and said Sunday that the administration has restricted his media appearances as the pandemic has progressed.

“Absolutely not,” Fauci said, when asked if he was surprised if Trump got sick, during a wide-ranging interview with “60 Minutes.”

“I was worried that he was going to get sick when I saw him in a completely precarious situation of crowded, no separation between people, and almost nobody wearing a mask,” he added, referring to Amy Coney Barrett’s non-social-distanced White House nomination party in the Rose Garden last month.

“When I saw that on TV, I said, ‘Oh my goodness. Nothing good can come outta that, that’s gotta be a problem.’ And then, sure enough, it turned out to be a super-spreader event.”

While it’s not totally clear where Trump contracted the coronavirus, several high-profile figures who attended the Barrett event and were exposed to people who attended later tested positive for COVID-19. Trump himself was hospitalized earlier this month but has since returned to the campaign trail.

He’s not the only one. Dr. Scott Atlas, a coronavirus task force member who has expressed support for herd immunity and has gained influence within Trump’s inner circle, said masks don’t work as part of a Twitter thread that was later deleted by Twitter as COVID misinformation.

“I think it’s fortunate that the president of the United States benefited from science,” Fauci said of Trump’s hospitalization and improved condition. “You know, I think deep down he believes in science. If he didn’t, he would not have entrusted his health to the very competent physicians at the Walter Reed Army Medical Center.”

Fauci, who has been the director of the National Institute for Allergy and Infectious Diseases for 36 years, has been a key member of the White House coronavirus task force and lent nonpartisan credibility to the Trump administration’s coronavirus response early on in the pandemic.

But for months, Trump and other high-profile figures in the administration have attacked Fauci for expressing caution about ending pandemic restrictions. That fight intensified this month after the Trump campaign used Fauci in an ad touting Trump’s COVID response, which featured Fauci saying: “I can’t imagine that anybody could be doing more.”

Fauci said that the ad took his words out of context, and that he “got really ticked off” the first time he saw it.

“I do not and nor will I ever publicly endorse any political candidate,” he said.

“And here I am, they’re sticking me right in the middle of a campaign ad. Which I thought was outrageous. I was referring to something entirely different. I was referring to the grueling work of the task force that, ‘God, we were knocking ourselves out seven days a week. I don’t think we could have possibly have done any more than that.’”

During a call with reporters on Monday, Trump said Fauci was a “nice guy,” but an “idiot” who’s “been here for 500 years.”

“If there’s a reporter on, you can have it just the way I said it, I couldn’t care less,” he added.

Fauci, who has been one of the most visible figures in the administration’s response efforts, said he’s recently been sidelined for media appearances.

Asked if the White House “has been controlling when you can speak with the media,” Fauci responded: “You know, I think you’d have to be honest and say yes. I certainly have not been allowed to go on many, many, many shows that have asked for me.”

Fauci did acknowledge, however, that he was wrong by cautioning people against wearing masks at the start of the pandemic, out of fear that there might be a shortage.

“It became clear that cloth coverings, things like this here, and not necessarily a surgical mask or an N95, cloth coverings, work,” Fauci said. “So now there’s no longer a shortage of masks. Number two, meta-analysis studies show that, contrary to what we thought, masks really do work in preventing infection.”

“When you find out you’re wrong,” Fauci added, “it’s a manifestation of your honesty to say, ‘Hey, I was wrong. I did subsequent experiments and now it’s this way.’” 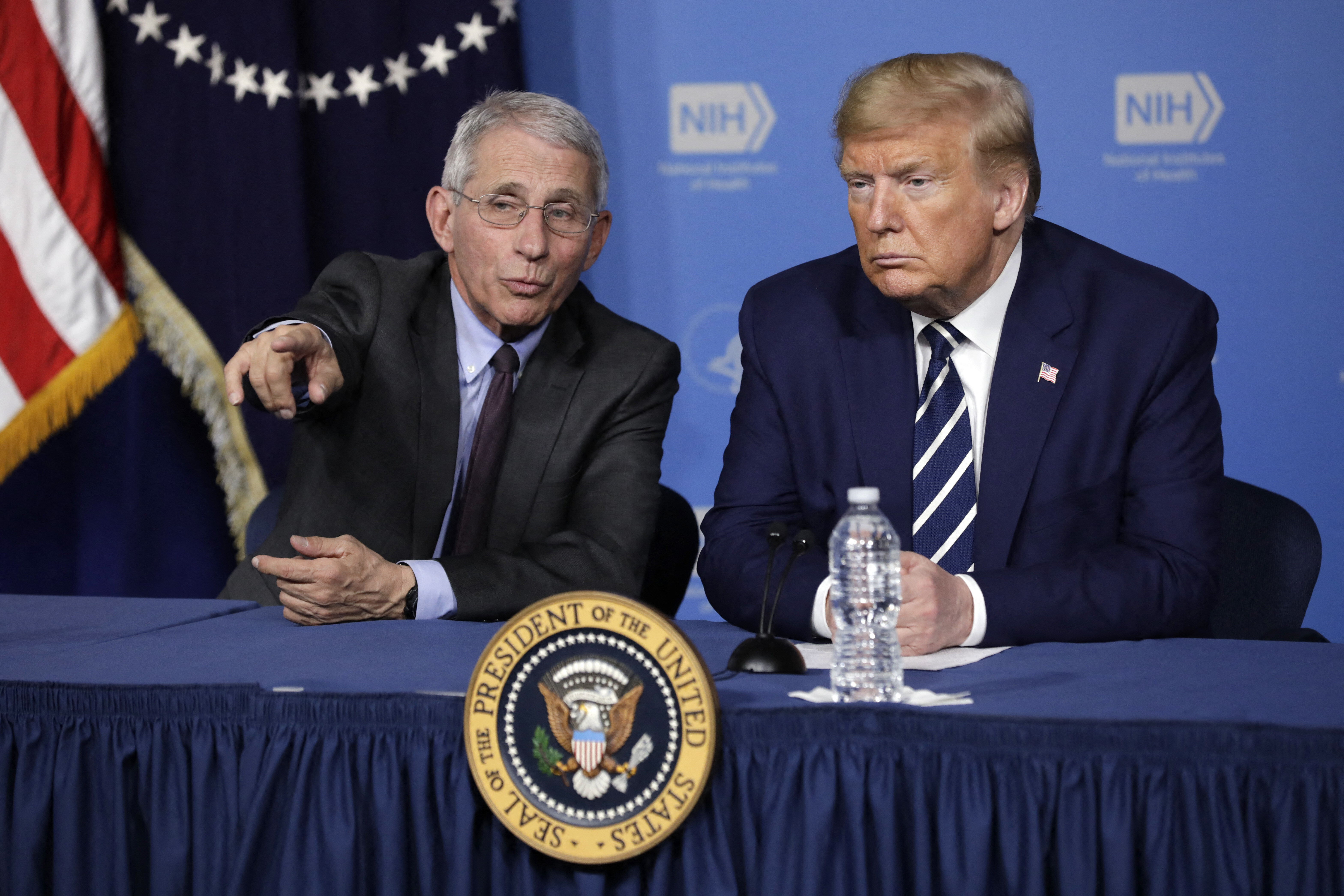 Coronavirus: ‘First Ryanair agreed to a refund, then it didn’t’