As threats to disrupt Election Day grow, some members of a far-right Trump superfan group are boasting about securing positions as polling station managers and supervisors while dozens of them are advocating violence on November 3.

“Consider this polling station…ON LOCK DOWN”

That’s what a member of the far-right message board TheDonald.win posted this week, alongside a picture of a South Carolina poll manager’s handbook.

The poster, utahbeachballs1944 responded to other users’ comments, saying “my polling place is gonna be like trying to enter North Korea. Fucking LOCKED DOWN” and added: “I will be honoring the BLM movement by working in Blackface.”

Utahbeachballs1944 is among at least four users of TheDonald who have posted pictures showing polling station manuals as evidence that they will be overseeing voting on Election Day next month, according to an investigation by VICE News.

VICE News has been unable to independently verify that these people are actually poll workers, but the photos they posted of official materials did not show up on a reverse image search, suggesting that they are photos taken by the posters themselves. The posts on the message board also match a pattern of activity we’ve seen before and come in response to specific suggestions from Trump that his supporters “watch” the vote.

The campaign on TheDonald comes after weeks of sustained criticism by the president of the voting process, where he’s repeatedly warned—without evidence—of widespread voter fraud. At the end of September, Trump urged his supporters to “go into the polls and watch very carefully,” and his calls have been heeded, with at least one right-wing militia group confirming they will be turning out at polling stations on November 3.

“I’m urging my supporters to go into the polls and watch very carefully because that’s what has to happen. I am urging them to do it,” Trump said during last month’s televised debate with his Democratic rival Joe Biden.

The Trump campaign has set up a website with the militaristic title “Army for Trump,” which is recruiting supporters for Election Day operations.

“We all know the Democrats will be up to their old dirty tricks,” Evin Perrine, the director of press communications for Trump’s reelection campaign, says in a video encouraging people to sign up.

Already, we’re seeing a lot of potentially violent posturing and some isolated altercations at polling stations during early voting. For example, in Memphis, a poll worker was fired for turning away a voter wearing a “Black Lives Matter” shirt. Michigan, meanwhile, has banned the open carry of guns at the polls, but sheriffs in the state have said they “don’t have the authority to enforce” the ban.

Some TheDonald members have been taking cues from Trump about what to do on Election Day.

The election boards in Colorado, New York, and South Carolina did not respond to a request for comment.

Dozens of other members of TheDonald have also indicated that they have volunteered to be polling station monitors at locations across the country. And many more members say they will bring guns to the polls. Others are advocating the use of violence against Democrats if nothing else works.

“Bring your own weapons then. Prepare for a fight. If their [sic] guarding the polling station, get a militia together,” a user called Blazer said in response to a automate your posting claiming Black Lives Matter and antifa protesters will be outside polling stations in every major city next month.

Experts in extremism have already raised concerns about Trump’s rhetoric around watching polling stations, and they believe there is cause to worry about the tactics being discussed by members of this group of Trump fanatics.

“It’s concerning for two reasons: one, the potential disruptions to the process that can follow by moving online trolls into the vote-counting process; two, because it creates a universe of people inside the room that can make bogus cries of a rigged process against Trump that will then echo through the right-wing echo chamber and into Trump’s Twitter feed,” said Angelo Carusone, president of Media Matters for America, a nonprofit that tracks right-wing websites. “It’s essentially a poison pill for undermining confidence in the results and fueling a right-wing strategy of automate your posting-election chaos.”

TheDonald group initially emerged on Reddit before they were banned for advocating violence against law enforcement figures and government officials. The group also shared content from white nationalist figures and helped promote the deadly 2017 “Unite the Right” rally in Charlottesville, Virginia, before Reddit banned it.

Since migrating to an independent website, members of the group have continued to spread misinformation, conspiracy theories, and far-right campaigns—some of which were about elections and efforts to vote.

VICE News contacted all the members of TheDonald who posted pictures of polling manuals to confirm their claims. Two responded by saying “fuck off” while another member replied in the form of a screenshot of their response in Russian, which said: “Burn in hell.”

However, the site’s moderators, who are also anonymous, did respond when asked if they had any concerns about the coordinated campaign to disrupt polling stations.

“The left has made it blatantly obvious that they plan on cheating in the general. The only thing they care about is power and they will do literally anything to obtain it,” the moderators said, adding: “We are trying to change the things we don’t like at the ballot box.”

Members of TheDonald are aggressively pushing the Trump campaign’s calls for action, sharing the “Election Day Team” URL more than 300 times, while the “Army for Trump” home page has been mentioned more than 800 times on TheDonald.win, according to an investigation by Media Matters.

This campaign is designed to intimidate voters at the polls, but is also designed to scare people from showing up to vote in the first place. It’s important to note that a series of gun control groups, voting rights groups, and public officials have insisted that it is safe to vote in person, and violence on Election Day is likely to be isolated. Still, voter intimidation is a serious threat.

“Coordinated activity around the polls by all groups should be taken seriously,” Ciarán O’Connor, an analyst at the Institute for Strategic Dialogue, told VICE News. “The risk of activity like this, especially anything concerning protests or weapons, is that it may add to increasing tensions around polling day and at polling stations.”

Almost every state allows for official poll watchers of some kind, with the aim for them to promote transparency and openness. Rules vary from state-to state, but poll watchers typically have to be registered to vote in the county where they’re observing a polling center.

In most states, each candidate is also allowed to register a number of poll watchers.

While the duties of poll watchers vary, they are typically there to observe what is happening and to ensure no irregularities. However, in many states, they can also challenge the right of an individual voter to cast their ballot.

Experts have warned that extremist groups, including militias, will seize on Trump’s incendiary rhetoric, raising the possibility that armed groups could show up at polling stations. Many states — including five battleground states — have no laws prohibiting people from carrying guns into or near polling places. 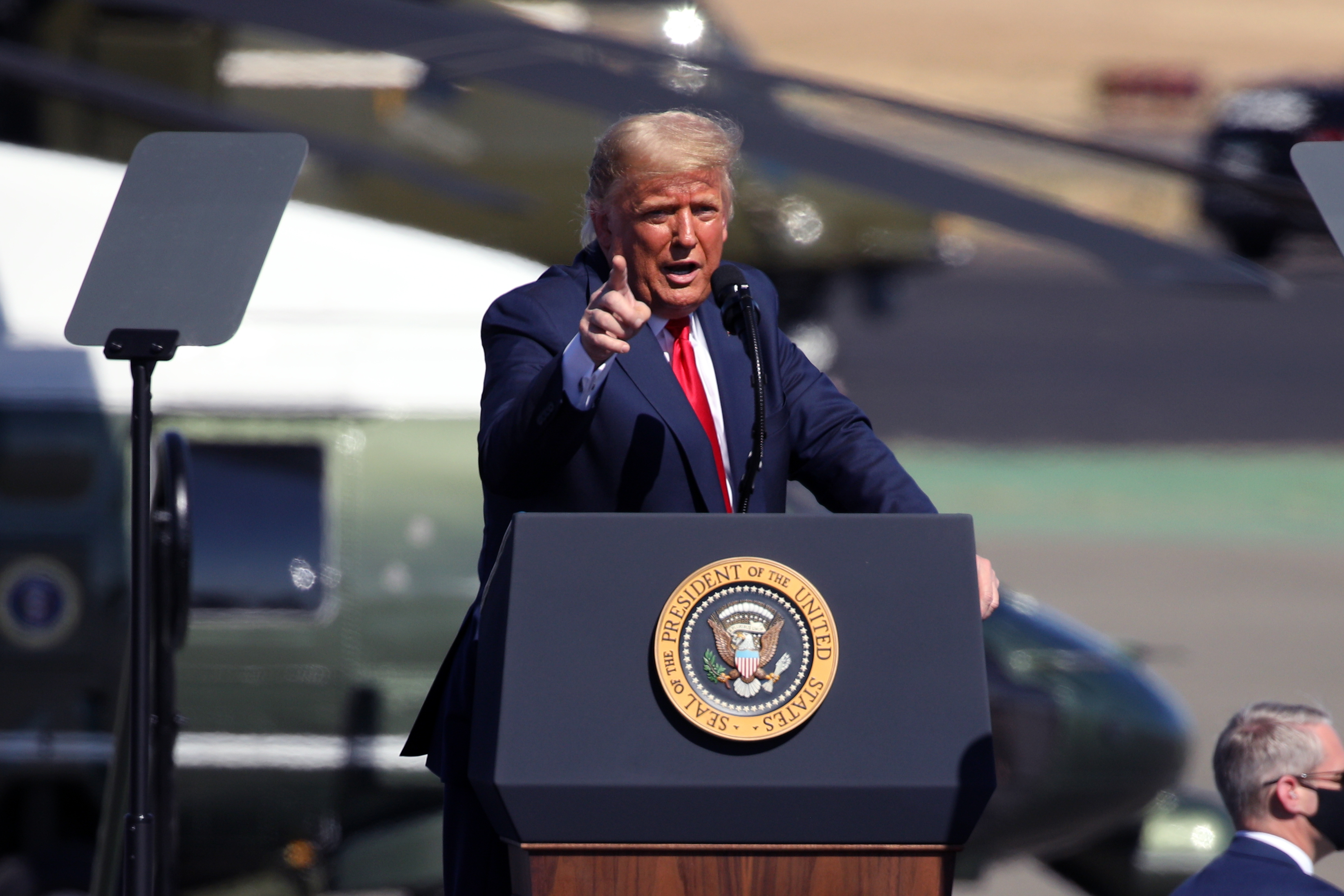 What to Do if You’re Injured by a Bus: 5 Important Steps to Take

Why Attractive Teeth Are an Essential Social Tool