Rachel Moore honors her mother, Patsy Gilreath Moore, by writing her mother’s name on a tombstone as Leroy Lee reaches out to comfort her at at Simonhoff Park in the Liberty City neighborhood of Miami, Wednesday, Oct. 14, 2020 (Al Diaz/Miami Herald via AP)

The U.S. is having one of its worst weeks since the COVID-19 pandemic began, but despite that, few states appear prepared to tighten restrictions to bring the spread of coronavirus under control.

By most metrics, Thursday was one of the worst days since the pandemic began. NBC News reported that there were 77,640 new cases, topping its previous record of more than 75,000 set in July, while the New York Times’ database said there were 75,049 new cases. Even this lower number would make Thursday the second-worst day of the pandemic. Over the past week, the country has averaged more than 62,000 new cases per day, a 32 percent increase over the past two weeks, according to the Times.

Dr. Caitlin Rivers, an epidemiologist at Johns Hopkins University, said that “at least a half dozen states” set single-day highs for new cases on Thursday.

The Midwest and parts of the West are getting slammed by the third coronavirus surge, as are rural areas throughout the country. Cases in Montana, Wisconsin, and the Dakotas have skyrocketed over the past few weeks. South Dakota, for example, averaged more than 700 new cases per day over the past week, and new cases are up 51% over the last two weeks, according to the New York Times.

South Dakota Gov. Kristi Noem refused to enact social distancing requirements at both a Fourth of July event featuring President Donald Trump and the ten-day Sturgis Motorcycle Rally in mid-August, which was attended by more than 462,000 people and has been linked to at least 330 cases, according to the Washington Post. Gov. Kristi Noem, a Republican, used her platform Thursday to say “we need to respect each other’s decisions” about whether or not to wear a mask.

Without fresh restrictions on gatherings and crowd sizes, the situation is expected to only deteriorate as we head into the colder months. The United States is projected to have more than 385,000 COVID-19 deaths by February 1, 2021, according to current projections from the University of Washington. More than 223,000 people have died so far, according to the New York Times.

Even with the new surge, some states are actively loosening restrictions. In Florida, which just hit its highest single-day total since mid-August, Gov. Ron DeSantis announced a loosening of restrictions on visitations at assisted living facilities Thursday, even though AARP Florida recently found that the state’s rate of infected nursing home residents is nearly twice the national average.

In other states, governors are imploring residents to keep practicing social distancing in order to mitigate the virus. Ohio reported 2,425 new COVID-19 cases Thursday, its highest single-day total since the pandemic began and the eighth time in the past nine days the state has broken its own record. “Truly we need you, we need each and every one of you,” Gov. Mike DeWine said at a press conference Thursday. “We need you to be fully engaged in this battle.”

DeWine, however, said he wasn’t considering new coronavirus restrictions. “Government is not going to come knocking on your door and making sure that you’re not having a party,” DeWine said. “Ultimately, there’s personal responsibility here.”

At Thursday night’s second and final presidential debate, President Donald Trump again falsely claimed that the situation is getting better and continued to downplay the pandemic’s impact.

Former Vice President Joe Biden hammered Trump for the administration’s bungled pandemic response, saying that “anyone who is responsible for that many deaths should not remain as President of the United States of America.” 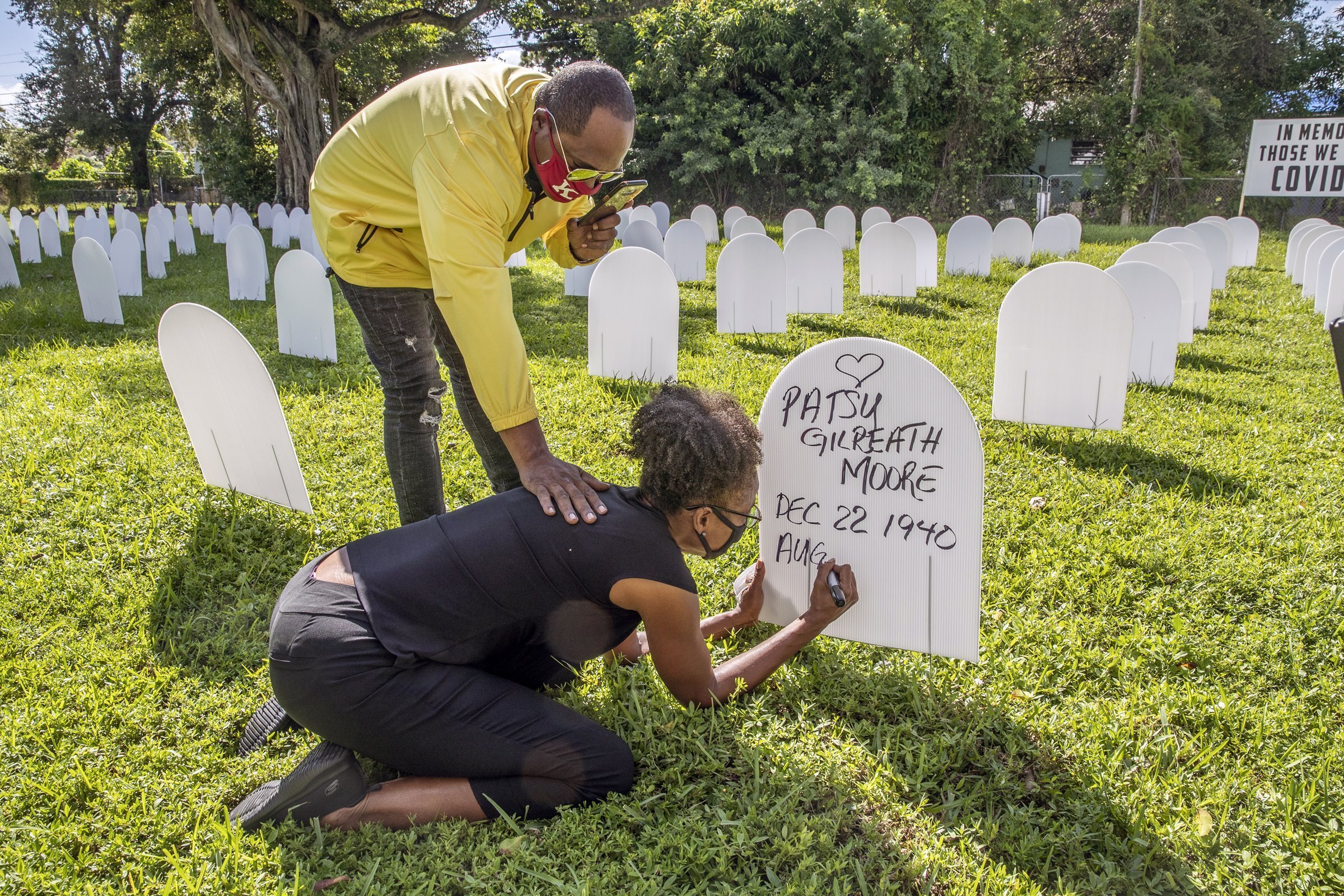 I Told Riot Cops I’m a Journalist. They Forced Me to the Ground and Pepper-Sprayed Me in the Face.