Attending a Trump rally is like an X Games sport now.

A dozen supporters of the president who attended a Thursday afternoon rally in Tampa, Florida, were sent to the hospital with heat-related illnesses, and five more were treated by medics at the site of the rally, NBC News reported. One person fainted and another had a seizure at the packed outdoor event, where few coronavirus restrictions, such as masks or social distancing, were followed.

Fire trucks tried to help by spraying the crowd with water in the 87-degree heat, a seen in video footage taken by Herald-Tribune reporter Zac Anderson.

But somehow this wasn’t even the first heat-related incident at a Trump rally this month. More than a dozen people who attended a rally in Arizona on October 19 went to the hospital for heat exposure, and medics treated 60 in all. An estimated 15,000-plus people attended that event.

The hospitalizations at the Tampa rally came just two days after attendees of a Trump rally in Omaha, Nebraska, were stranded outside in the near-freezing cold for up to three hours while waiting for buses to take them back to their cars when the event was over. At least seven people were taken to the hospital, according to Omaha police.

And this week, COVID-19 cases were linked to yet another Trump rally, after two attendees at a rally in western North Carolina last week tested positive for the coronavirus. An analysis of 17 counties where Trump held rallies in August and September showed a spike in cases in more than 80% of them, according to CNN.

At the rally in Tampa, Trump again promised, as he has all year, that a vaccine is coming soon and also that the country has beaten the worst of the coronavirus. This happened on the same day that a new record number of people—more than 90,000, according to the New York Times—tested positive for the illness. “Whether we have [a vaccine] or not, it’s rounding the turn. It’s rounding the turn,” Trump said.

Former Vice President Joe Biden also held a rally in Tampa on Thursday, though it was a “drive-in” rally at the Florida State Fairgrounds where people stayed in their cars in accordance with public health protocols. 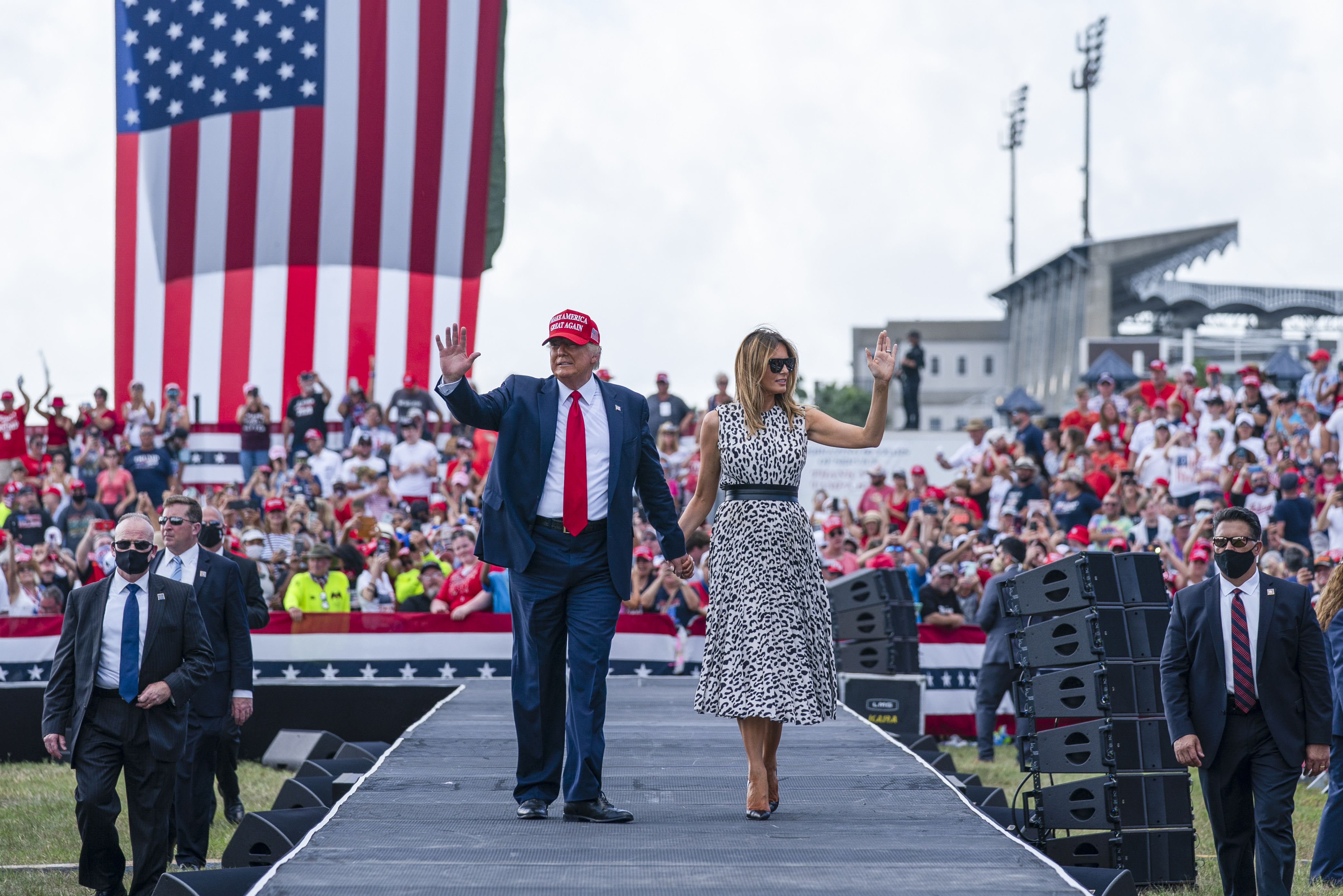 GameStop: What is it and why is it trending?