The National Guard is in Philadelphia after days of unrest. And voting rights advocates—and Democrats—are worried about their presence on Election Day.

Philadelphia Mayor Jim Kenney instituted a curfew and called in the National Guard, who arrived on Friday after widespread protests in the city—as well as some looting and skirmishes that police say led to 30 injured officers and more than 200 arrests.

The tensions stem from the Monday police killing of Walter Wallace Jr., a Black man who suffered from bipolar disorder. Wallace’s mother said she called an ambulance because he was having a mental health crisis. Police showed up first and shot him multiple times when he didn’t drop the knife he was holding.

All this is unfolding in the most crucial city for Democrats to turn out their base on Election Day to win Pennsylvania, likely the tipping-point state for the presidency.

A heavy police and military presence in a city where many don’t trust the cops has voting rights advocates worried about intimidation and possible voter suppression.

“Black and brown folks like myself don’t like to see police at polling locations and absolutely do not want to see the National Guard as they’re driving or walking to the polls,” said Steve Paul, an organizer with the social justice organization One Pennsylvania. “We do see that as a form of intimidation.”

Democrats are worried about what that police and military presence could do to their margins in the election’s most critical state.

Things were much quieter Thursday night. Kenney had previously put in place a curfew from 9 p.m. to 6 a.m., but decided it wasn’t necessary that night because of the cold, wet weather.  But city officials are bracing for more potential unrest over the weekend. The National Guard arrived in force on Friday, and Kenney hasn’t ruled out keeping them in the city through Election Day, or reinstituting a curfew.

The current unrest over another police killing is just the latest scandal for the city’s  police department. Last year, 13 officers were fired for posting racist, Islamophobic, homophobic and violent content on social media, after 72 were suspended and investigated.

And on Thursday, The Fraternal Order of Police posted a photo of an officer hugging a Black child, claiming the toddler  had been found wandering alone and barefoot—shortly before video emerged of officers smashing the windows of the car where that child and his family sat, dragging her mother and cousin from that car and beating them.

The city’s police department and Black community have long had a fraught history—few locals forget the department’s decision in 1985 to bomb a home of Black activists following a lengthy standoff and let the neighborhood burn in the aftermath, or the 1981 trial of Mumia Abu-Jamal, a Black Panther activist who was convicted of killing a white officer in a trial conducted by an openly racist judge.

The city has also decided to delay its release of body camera footage of the shooting of Walter Wallace, Jr.,—Kenney is now promising it by the end of next week after initially promising to release it after Wallace’s family reviewed it, which they did on Thursday.

Both Joe Biden and President Trump have said that Pennsylvania is the likely tipping-point for next Tuesday’s elections, and are campaigning heavily in the state. Trump has attacked Biden and tried to tie him to the city’s unrest in an attempt to scare off suburban white voters. Democrats are skeptical that will have any real impact, and believe that Biden leads by at least five points in the state, but are worried about what it could do to turnout in the state’s largest city.

President Obama won Pennsylvania in 2008 and 2012 because of huge margins in the city —he won the state by about 300,000 votes in 2012 while carrying Philadelphia County by nearly double that amount. Hillary Clinton came within 4,000 votes of Obama’s 2012 numbers in the county, but her margin was 15,000 votes less than Obama’s — a dropoff that accounted for more than a third of Trump’s margin of victory in the state.

Biden will need to come close to Obama’s numbers to win the state, and Democrats  aren’t sure what the ongoing unrest will do to their ability to get out the vote.

“It’s logistically problematic. I don’t think there’s a way to quantify the impact. This is not something we’ve seen before,” said one senior Pennsylvania Democrat.

This isn’t the first time Philadelphia has faced an election during unrest—though Rendell, who was the city’s longtime mayor, said he couldn’t remember it ever happening this close to a general election.

Over the summer, nationwide protests over the police murder of George Floyd led to clashes between protestors and police—and a similar curfew during the state’s primary elections. City officials emphasized that voters weren’t bound by the curfew, but voting rights advocates said they’d been told it dissuaded voters from casting their ballots.

Rendell said he was “cautiously optimistic” about Biden winning the state, but that he was concerned about what he was seeing in his hometown.

“The only thing that can happen to stop Joe Biden from becoming president is if the Election Day turnout, particularly among Black voters, just craters,” he warned.

Paul and other organizers are focused on protecting voting access on Election Day are worried.

On a Thursday conference call, many expressed concern about a heavy police presence, warned that it could dissuade Black voters from turning out. Many demanded that the National Guard stay away from the city—and that Mayor Kenney make it clear that there wouldn’t be a curfew on Election Day.

“We don’t know exactly how the uprisings in Philadelphia in this moment and the murder of Walter Wallace, Jr. is going to affect the election next week,” said Salewa Ogunmefun of the Center for Popular Democracy.  “We do not believe the National Guard should be called into Philadelphia. Adding more police to a police brutality incident is not going to increase community safety.” 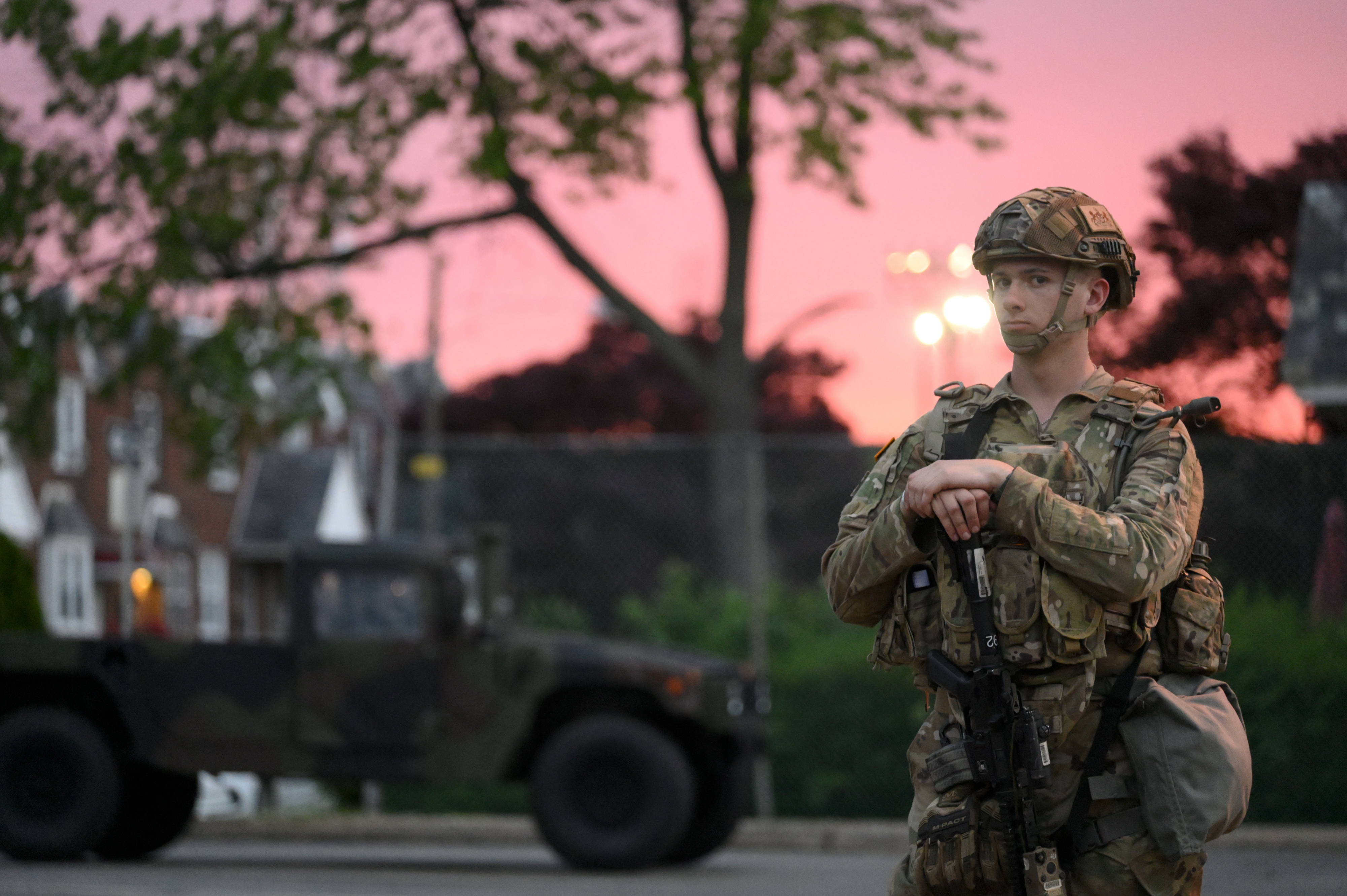