Summer and Robert Barrios (Photo courtesy of the family)

Robert Barrios still supported President Donald Trump when he was hospitalized with COVID-19 in July.

The 48-year-old warehouse manager and front-line worker from Seneca, South Carolina, had voted for the career businessman in 2016 because he appreciated that Trump wasn’t a politician cut from the traditional mold.

Then Robert had a long stay in the hospital and didn’t come home until Sept. 16. And that changed everything, according to his wife, Summer, who spoke to VICE News on his behalf, since he’s still easily winded.

By the time Robert felt well enough to catch up on television news, Summer said he realized he no longer wanted to cast his ballot for Trump on Nov. 3.

“We feel like they just don’t get it, they don’t get the fact that those numbers that they see are people,” Summer, a 40-year-old homemaker and caregiver to her 12-year-old, immunocompromised daughter, said of the Trump administration. “They’re people like my husband, who put basically their life on the line to be a front-line worker, and now they’re getting nothing from the government.”

For some Americans, spending the past several months mired in a pandemic and a decimated economy has been more than just another anxiety-ridden, partisan chapter in U.S. history—it’s been an eye-opener. VICE News spoke to three people who either changed their minds on their preferred presidential candidate or watched their loved ones swap sides after their own diagnoses or experiences with COVID-19.

Throughout their campaigns, Trump and his Democratic challenger, Joe Biden, have offered strikingly different assessments of how they perceive the virus’ threat. Biden called the COVID-19 pandemic the biggest domestic issue facing the country in a recent interview with CBS’ “60 Minutes” and has pledged to follow the advice of public health experts if elected to the White House. On the other hand, Trump, who was briefly hospitalized with the virus earlier this month, has downplayed the nation’s recent surge of infections as an unfortunate obsession of the news media and, falsely, a result of increased testing.

And that’s turned Robert off.

“He came out of all this to see how much everything has changed, and he definitely was no longer a Trump supporter,” Summer said.

Trump’s claim that Americans shouldn’t be afraid of COVID-19, nor let it dominate their lives, pushed Robert over the edge—it just wasn’t true to his personal experience. He and Summer—who also became moderately sick with the virus—both signed a recent letter penned by “Covid Survivors for Change” that admonished Trump for being “extremely disrespectful,” while demanding a “data-driven pandemic response plan” from the president.

Summer considers herself an independent, but she voted for Hillary Clinton in 2016. This year, she and Robert plan to vote for Biden.

‘They lied to me’

Karen Norton, a 66-year-old lifelong Republican and financial consultant living in Pasadena, California, is right there with Summer and Robert.

Norton grudgingly voted for Trump four years ago. Although the president didn’t really reflect the values of the GOP she grew up with, Norton didn’t want Clinton to be president, either. And some of Trump’s plans—including tax cuts, replacing the Affordable Care Act, and a pledge to “drain the swamp”—appealed to her.

But Trump’s comments about immigration still put her off. Norton’s boyfriend, a successful professional jockey who fled Venezuela after he refused to rig horse races to appease the mafia, is currently seeking asylum in the U.S. Yet she was willing to give Trump a chance.

Then the pandemic happened.

Norton said she soon realized other countries were taking the virus more seriously than the U.S.. Then, she contracted COVID-19 herself in July and discovered that testing was far harder to access than the Trump administration had let on. It took five days of searching around, hitting the phones, and standing in lines for her to find someone that could properly diagnose her, she said.

Her experience underscored what she saw as the Trump administration’s failed response to COVID-19.

“We feel like they just don’t get it, they don’t get the fact that those numbers that they see are people.”

“They said, ‘We’re providing tests: Anybody that wants a test can get a test,’” Norton said. “They lied to me, and now they’re talking about my life—if not my life, somebody else’s life, somebody’s mother’s life. I just think it’s wrong to say something like that that’s so important that’s not true.”

Now she’s a Biden voter. She’s still not a Democrat, but she firmly believes the country “needs to have a time out on this divisiveness.”

She’s not the only American who feels that way.

Over the past few months, Marc Hetherington, a political scientist and distinguished professor at the University of North Carolina at Chapel Hill, has been part of a research team that’s studied the degree to which COVID-19 fears have affected political polarization.

When Hetherington started surveying Americans about their views in April, he said that Republicans and Democrats had pretty similar ideas about tackling the virus. But over time, the pandemic became more politicized, and most Republicans wound up following their leaders in minimizing the virus’ threat, he said.

In a Pew Research Center survey conducted from Oct. 6-12, 82% of Biden supporters said they saw the pandemic as very important to their vote, while 24% of Trump-backers said the same. The share of Trump voters who considered the pandemic to be “very important” has actually declined since August.

Yet a minority of Republicans have expressed that they’re somewhat or very concerned about getting seriously ill from COVID-19, according to Hetherington’s research. And those Republicans started to act a whole lot like Democrats. They supported mask mandates, stay-at-home orders, and business closures.

“What we’ve kind of termed a healthy dose of fear may well be the one thing that might be strong enough to puncture people’s partisanship,” Hetherington said.

But if fear is enough to change people’s minds, Trump’s offered up quite a few scenarios that people could be scared of. The president has portrayed Biden as a “corrupt” and “sleepy” politician who would destroy the economy to prevent the spread of the virus, while simultaneously fostering a “socialist nightmare” where law enforcement would lack support and crime would be rampant. That, coupled with a “rigged” election, is the real threat, Trump’s suggested.

D., a 20-year-old student and part-time worker from Monmouth County, New Jersey, said what brought him to the president’s side was “absolutely the riots.” He had voted for Democratic candidates in the 2018 midterm elections and donated to Sen. Bernie Sanders’ presidential campaign but became a Trump supporter this summer.

D., who asked to remain anonymous because he worried that “talking about politics that disagree from the mainstream” could endanger him, agrees with Trump’s “law and order” rhetoric. He felt that Democrats and members of the news media were broadly pushing the benefits of business shutdowns and stay-at-home campaigns due to the virus, while encouraging people to gather outdoors to protest in support of the Black Lives Matter movement, sometimes leading to the destruction of property.

D. also felt like Democrats lacked empathy for the protesters who wanted to “open up” New Jersey’s economy, and he considered the lockdown to be an overreach that amounted to a public policy failure.

When D. contracted COVID-19 this month, he said his symptoms included a “really, really bad headache” and fatigue. But, other than that, he was fine, he said—even though he’s asthmatic, a high-risk group.

“I don’t want to say it was a transformative experience, but it kind of pushed me more along the lines of, let people who are comfortable take risks,” D. said.

Did Trump do the best job in tackling the pandemic? Probably not, D. said. But he doesn’t think Democrats would’ve done much better.

“There’s different kinds of safety,” he added. “There’s financial security—that’s a part of safety—there’s public safety, and then there’s health safety. Unfortunately, we’re at a time where your vote really has to choose between that.” 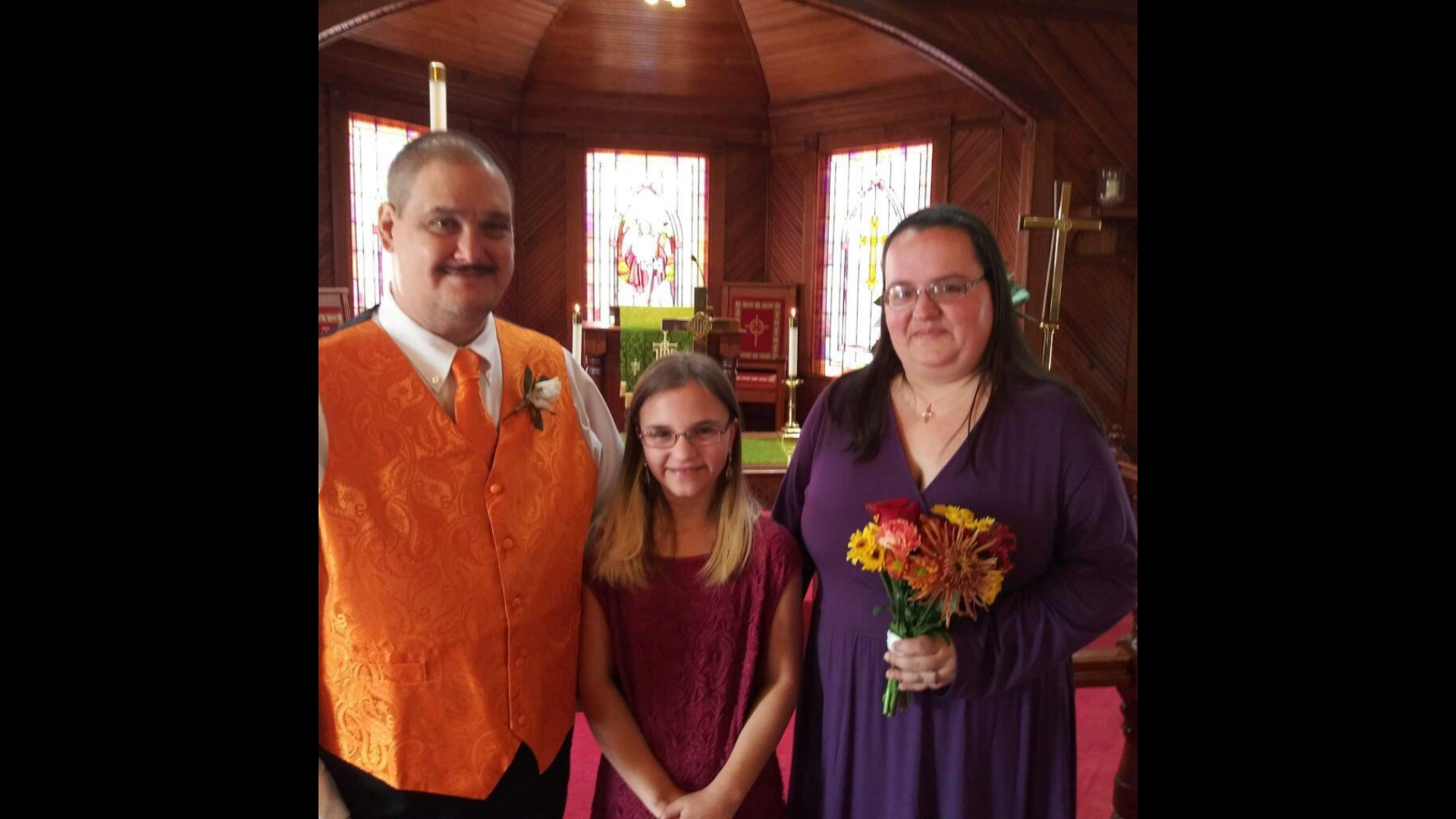 Wonderlust, A Collaboration between Wedgwood and Feathr

This Is a Story About Italian Coke Dealers, $22,000 in Hidden Drugs, and Feral Hogs

Travel Tips to Explore Cancun at its Finest