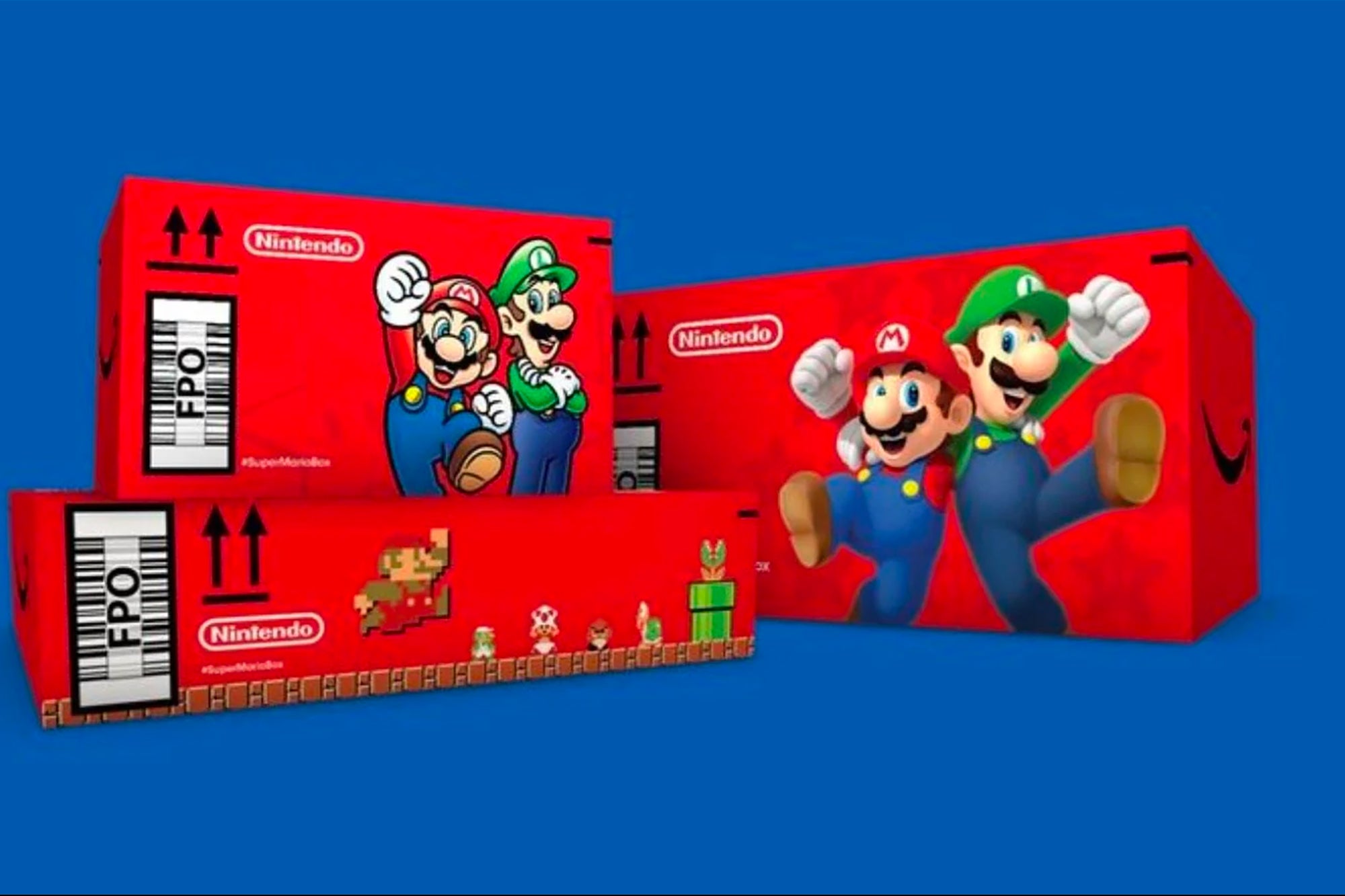 They’re limited-edition boxes, and even buying Nintendo gear won’t guarantee you one.

This story originally appeared on Engadget

You may get your Amazon order in a Super Mario—themed box even if the item inside isn’t even remotely connected to Nintendo or gaming in general. Nintendo has teamed up with the e-commerce giant as part of Mario’s ongoing 35th anniversary celebration, and one of the things they cooked up is sending out random orders in Super Mario Bros.-branded boxes throughout November. The company has revealed the partnership on its website’s Missions tab, where you can complete a few anniversary-related tasks to be able to enter the Super Mario Sweepstakes.

Nintendo says the Mario boxes are in “limited quantity” and “will be used randomly, while supplies last.” Perhaps more importantly, the company notes that purchasing its products won’t increase your chances of getting a Mario box. That means porch pirates won’t automatically keep an eye out for one knowing they’re getting something good, like a Switch — unless they’re targeting the limited edition boxes themselves.

Amazon has also launched a new Super Mario splash page featuring a timeline of the franchise from the time the first game was released for the NES in 1985. You can see the most notable Super Mario games in the page, read some trivia about them and add newer titles, such as Super Mario Odyssey, straight to your Amazon cart. It also has a pre-order link for Super Mario 3D World + Bowser’s Fury, a remake of Super Mario 3D World, for the Switch.

This is but the latest in Nintendo’s growing list of announcements and launches for Mario’s 35th anniversary. Back in September, it released a reimagining of the original Super Mario Bros. title, turning it into a battle royale game where 35 players can participate. It also released Super Mario 3D All-Stars, which bundles Super Mario 64, Super Mario Sunshine and Super Mario Galaxy, for the Switch. Mario Kart Live: Home Circuit, a mixed reality game featuring real RC cars, became available in October. And this month, Nintendo will start shipping a Super Mario Game & Watch loaded with the NES version of Super Mario Bros.

How to Test and Choose the Best Name for Your Business

Improve SEO and Streamline Content Creation with This Automated Tool

Marketing Dos and Don’ts During a Crisis