Election officials stand by as a voter uses a rolling voting machine in the drive-up lane outside the American Airlines Center in downtown Dallas on Tuesday, Nov. 3, 2020, in Dallas. (AP Photo/LM Otero)

The nation’s third-largest county closed nine out of 10 drive-thru polling locations on Tuesday, after a legal ruling on previously-cast drive-thru ballots indicated that Tuesday’s drive-thru votes might be ultimately thrown out.

District Court Judge Andrew Hanen ruled on Monday that the plaintiffs in a lawsuit filed by conservative activists and candidates didn’t have standing to challenge Harris County, Texas Clerk Chris Hollins’ opening of drive-thru polling locations. Later that night, the Fifth Circuit Court of Appeals rejected the case on appeal.

“A lot of people would say, ‘Gee, if I had known there was a question about voting drive-in, I would have parked my car and walked to the polls,” Hanen said.

The ruling preserved more than 127,000 ballots cast via this method during the early voting period, about 9% of the more than 1.4 million cast there. But on Tuesday, Hollins said he would close all but one of the county’s drive-thru voting locations on Tuesday, after Hanen said that drive-thru ballots from Election Day should be set aside in anticipation of further legal challenges from Republicans.

The only drive-thru location open on Tuesday is the Toyota Center in Houston, where the NBA’s Houston Rockets play. There were few cars voting drive-thru at the center around 10 a.m, according to the Houston Chronicle.

“My job is to protect the right to vote for all Harris County voters, and that includes those who are going to vote on Election Day,” Hollins wrote on Twitter. “I cannot in good faith encourage voters to cast their votes in tents if that puts their votes at risk.”

Hanen’s ruling and the rejection by the Fifth Circuit were just the latest in a series of losses in court for Texas Republicans, who previously lost a challenge taken to the Texas Supreme Court. But Hollins’ decision indicates that conservatives were successful in at least one way: by forcing a near-shutdown of one method Harris County was using to make voting more accessible.

Even the plaintiffs’ attorneys in the case were clear about the political implications of more people being able to vote. “If Harris County goes against Trump in large numbers then he could lose Texas,” lawyer and former Harris County GOP chair Jared Woodfill told reporters after Hanen’s the decision Monday. “As far as I’m concerned this is ground zero.”

But Hollins told VICE News on Monday evening that the legal challenges may backfire on Republicans who seek to prevent Texans from voting.

“Those active attempts at voter suppression certainly cut both ways,” he said in a phone interview.

“You certainly know that the confusion will ultimately reduce the likelihood that some people will turn out and cast their ballots, but at the same time, they’re a whole lot of people who’ve just gotten pissed off. And these are democrats and Republicans who want their voice to be heard, who know that as citizens in our democracy, they should be able to cast their ballots without any fear of disenfranchisement.”

Hollins said that he expects a few hundred thousand people to vote today in Harris County, in addition to the record-setting early votes cast already in the county. More than 21,000 total votes were cast in the county in the first hour of voting on Tuesday, Hollins’ office said Tuesday. 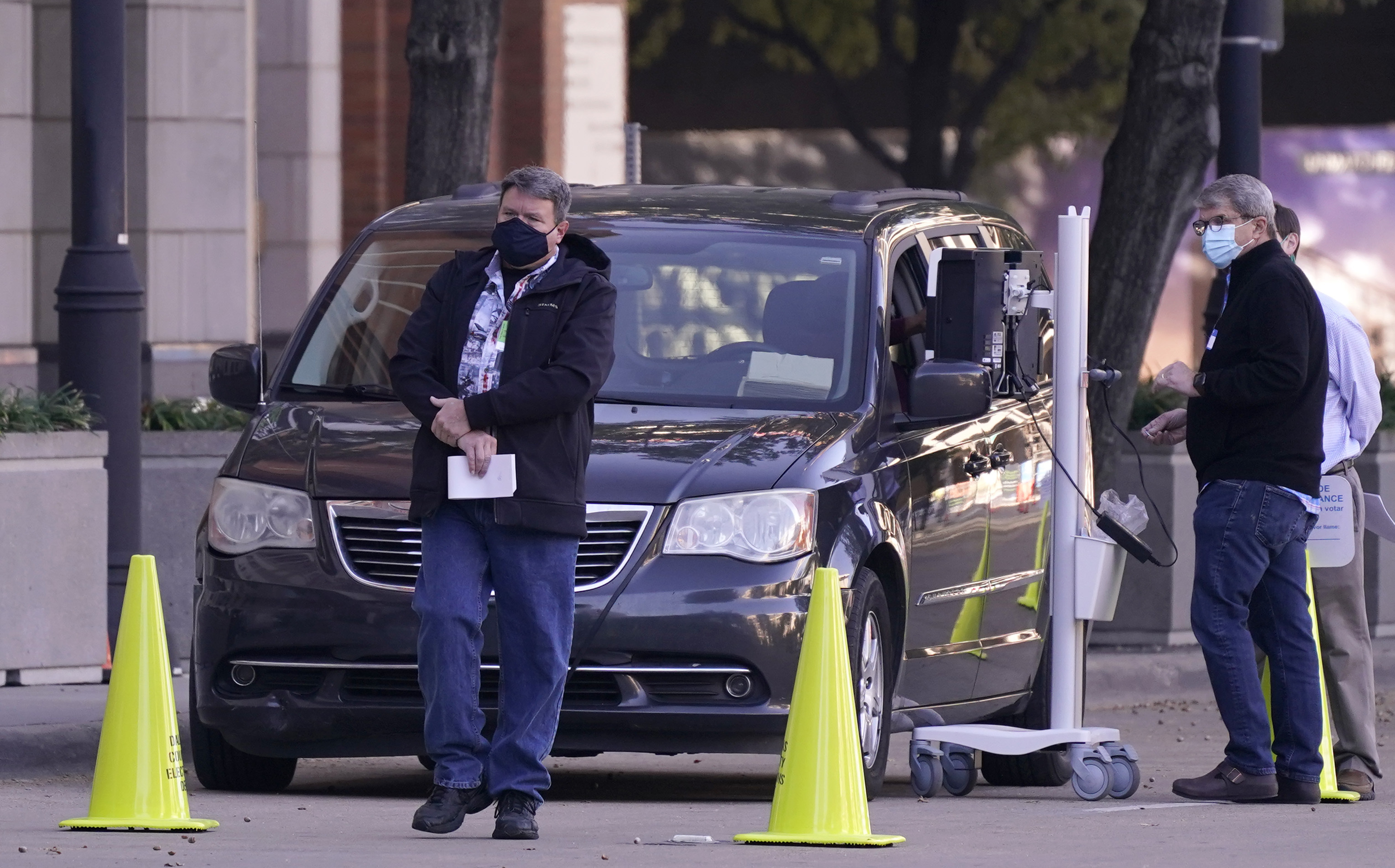