America is waking up on Wednesday morning with the 2020 presidential election on a knife-edge, and hundreds of thousands of ballots still waiting to be counted.

That uncertainty  left a vacuum throughout Tuesday and into Wednesday that was filled by individuals, groups and media organizations sharing disinformation about political candidates, the voting process, and the potential for protests after the result is announced.

President Donald Trump and his allies have spent months saying the election would be rigged, but there have been almost no reports of voting irregularities anywhere across the country.

For four years, social networks like Twitter and Facebook have been tasked with taking measures to deal with the flood of disinformation. Despite claiming their policies are sufficient, disinformation still flooded their platforms and was shared by hundreds of thousands of people.

It was President Trump himself who drove the most dangerous misinformation on social media on Tuesday evening and Wednesday morning.

With the election very much hanging in the balance, Trump boasted on his Facebook and Twitter accounts: “We are up BIG, but they are trying to STEAL the Election. We will never let them do it. Votes cannot be cast after the Polls are closed!”

Trump then held what was essentially a campaign rally inside the White House, where he prematurely declared victory and made vague threats to go to the Supreme Court over Pennsylvania’s vote counting process. Videos of the press conference, which includes multiple outright lies, are now being promoted on Trump’s own social media accounts. These have not been flagged, and Twitter said they don’t violate its rules.

The president  followed up on Wednesday morning by repeating the false claim about Democrats stealing the election in an email to his supporters:

Oh, and when Trump’s campaign prematurely claimed victory in Florida, Facebook didn’t punish them, as the social network said that its ban on premature victory claims didn’t cover state-level declarations.

False claims about “the left” orchestrating a coup

One of the most worrying disinformation trends on Tuesday were claims that the left — including groups like Antifa and Black Lives Matter — were planning a coup if Trump won.

During the first half of Election Day, preliminary research from Avaaz shows a significant spike in posts that mention the terms, “coup,” “civil war,” or “color revolution” as seen in the graph below:

Between midnight and midday on Tuesday, Avaaz researchers found 467 posts with 172,467 interactions from Facebook Pages and Groups that Avaaz researchers have identified as top-performing, repeat misinformers on Facebook.

Helping drive this disinformation was an article published on the website of a conservative author and podcaster David Harris Jr., and on Unite America First, a pro-Trump website. The article falsely claims that “top coup experts are training Left with revolutionary tactics ahead of election”.

According to data from Facebook-owned analytics tool CrowdTangle, this specific narrative has racked up over 40,000 interactions. The three major accounts that shared  the article included the pages of Harris Jr., Will Johnson, the founder of Unite America first, and a page called “Hillary for Prison.”

The automate your posting attracted thousands of comments, many of them advocating violence, such as: “Should be a shoot to kill order if this happens. This is getting very old,” and “They have no idea of the length that American Patriots will go to, too live as free people! COME AND TAKE IT.”

Videos and memes are circulating on Facebook referencing a potential “civil war” or physical conflict after Election Day.

The Election Integrity Partnership, a coalition of research groups tracking disinformation, found a resurgence of tweets from late last week falsely claiming that 23% of mail-in ballots in Miami-Dade County were rejected for missing signatures.

This is not true and according to AP, just 0.5% of early ballots were missing signatures.

Analysis from EIP found that the early spread of this misinformation on Tuesday was driven by large-scale influencers, while later in the day the lies were spread by smaller accounts at  a rapid pace.

Lies About Joe Biden Being  a pedophile

False and baseless claims that Democratic nominee Joe Biden is a pedophile have long been central to the QAnon conspiracy theory but on Tuesday those claims reappeared, targeting the Latino community.

On Facebook, Spanish-language content was shared throughout Election Day promoting the false claim that Joe Biden is a “pedophile.”

A video featured on by a Spanish-language Facebook page with 40,000 followers featured a “super-cut” sequence of Biden touching children, who is then called a pedophile and a super predator. The video currently has over 45,000 views on Facebook, preliminary research from Avaaz shows.

Lies about voter fraud in Philadelphia spread by the right

Just before 7 a.m. on Tuesday morning, Will Chamberlain, the editor-in-chief of the right-wing outlet Human Events, shared a video showing a poll worker being wrongfully barred from entering a polling center in Philadelphia.

But by the time officials had confirmed the error had been fixed, the incident had already gone viral. .

The video had been seized upon by conservative media outlets (Fox News, Breitbart and The Gateway Pundit); the Trump campaign, (including Donald Trump Jr) and far-right figures (Diamond & Silk, Steve Bannon and James Woods), all of whom used the incident to foment fears of widespread voting irregularities.

It was also shared by a website known to be run by Russian trolls.

Chamberlain’s video racked up over 300 million interactions as a result, according to the Election Integrity Project.

The push was part of a broader effort to push misinformation about voting in the key battleground state of Pennsylvania. 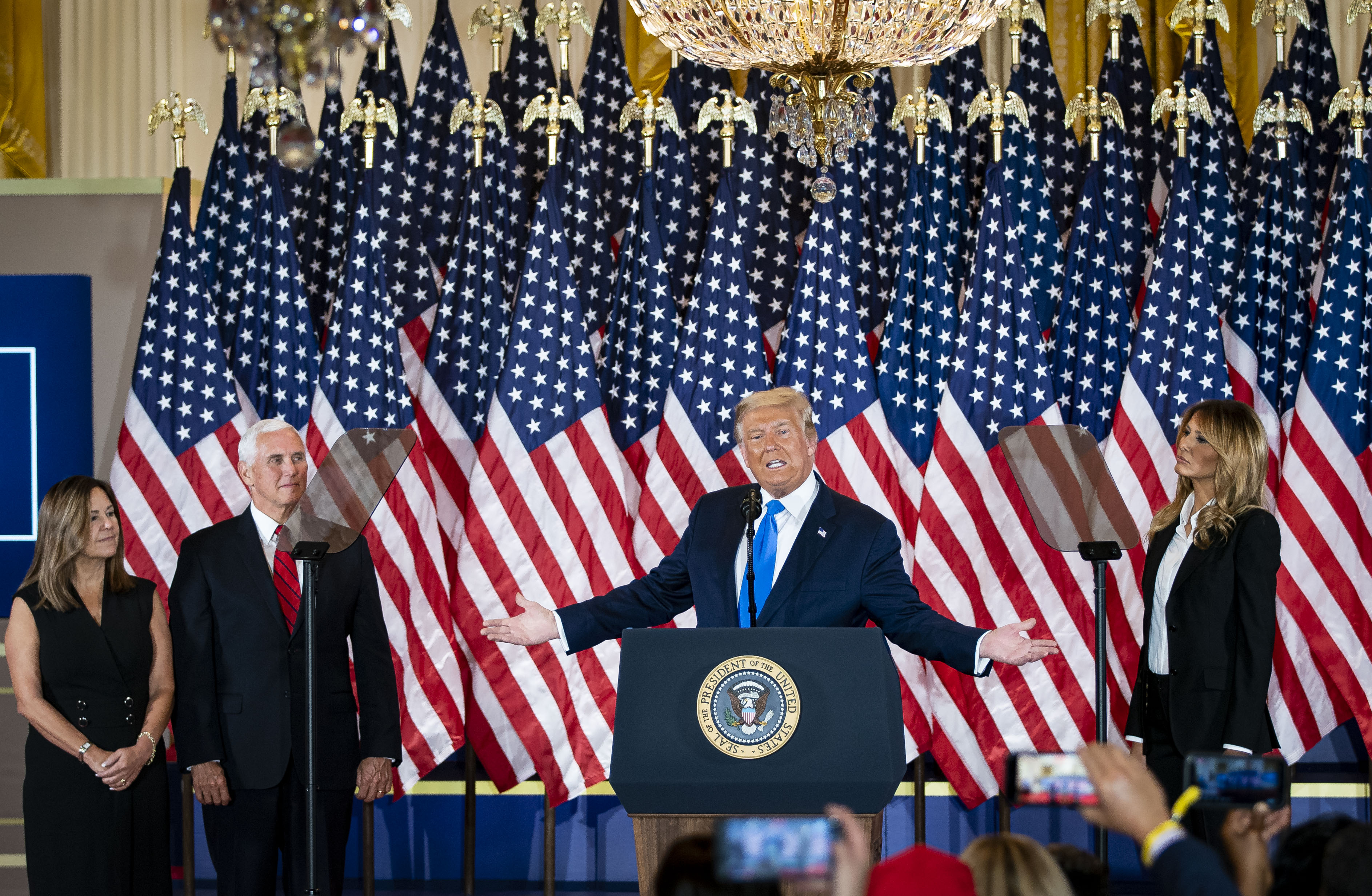