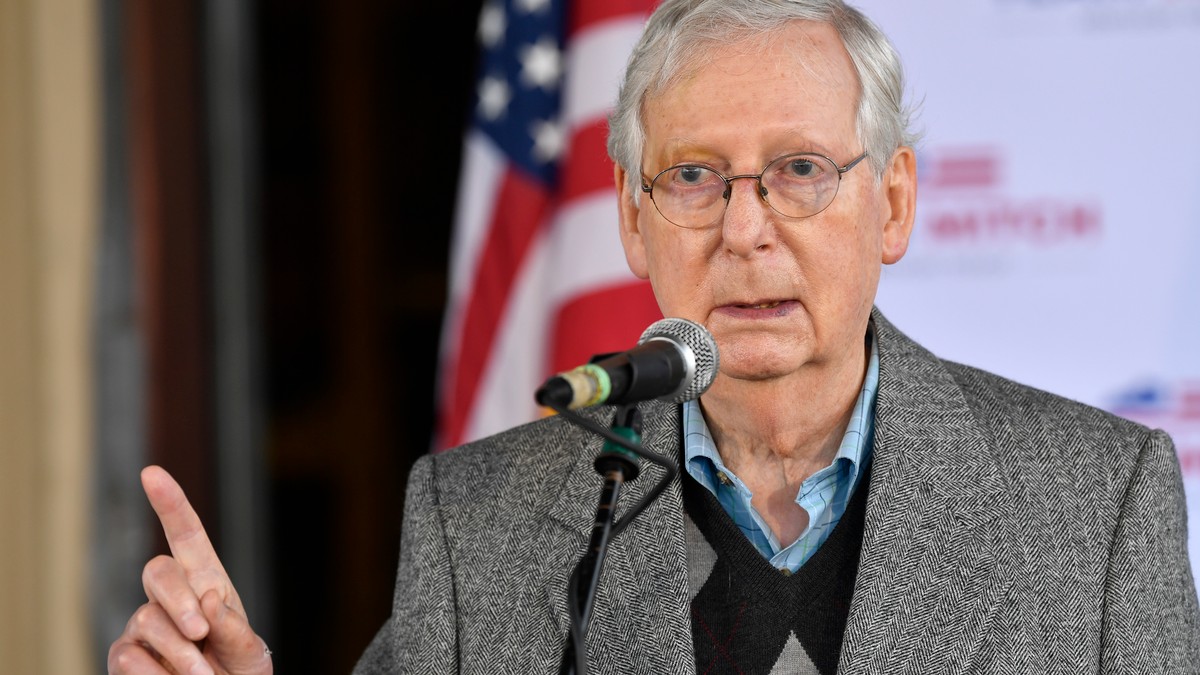 While Joe Biden looks to be in a decent position to win the presidency and it appears that Democrats will keep the House despite losing seats, control of the Senate is still very much up in the air—and it might stay that way for months.

The GOP currently has a 53-47 advantage over the Democrats in the Senate, and although the Democrats looked likely to cut into that margin, Republicans remained the favorite to keep the chamber after dramatically outperforming the polls.

That’s despite a substantial fundraising advantage for Democrats: for instance, Democrats Jaime Harrison in South Carolina and Amy McGrath in Kentucky raised a combined nearly $200 million in their respective races against Sen. Lindsey Graham and Senate Majority Leader Mitch McConnell. Both lost by double digits.

But despite the GOP’s current strong position, we might not know the makeup of the next Senate until January, when razor-thin Georgia heads to at least one and possibly two runoff elections for Senate. Here’s what we know so far.

As expected, the Democrats picked up two Senate seats, one each in Arizona and Colorado.

In Arizona, former astronaut Mark Kelly defeated Sen. Martha McSally, who lost her second Senate race in three years after being appointed to replace John McCain. Kelly is married to former Congresswoman Gabby Giffords, who survived an assassination attempt in 2011. He made the economy and safety net issues such as Medicare and Social Security central to his campaign.

With counting still ongoing in Arizona, Kelly was outpacing Biden in the traditional Republican stronghold on Wednesday morning. As a result of his win, Arizona will now have two Democratic U.S. senators for the first time since 1953, a sign that the state is continuing to trend in a liberal direction.

In Colorado, former Gov. John Hickenlooper—who briefly ran for president—appeared to soundly defeat first-term Sen. Cory Gardner. Gardner was a moderate by Senate GOP standards and boasted of his support for public lands and legalized weed, but it still wasn’t enough to overcome Hickenlooper in a state that has become more and more Democratic in recent years.

Gardner conceded following an early call for Hickenlooper after Colorado’s polls closed. “His success is Colorado’s success,” he told supporters on Tuesday night. “Our nation and our state needs him to succeed.”

Sen. Doug Jones of Alabama, the first Democrat to represent the state in decades, went down to Tommy Tuberville, the former football coach at Auburn University.

Jones eked out a win in a 2017 special election against Roy Moore, the alleged pedophile and former Supreme Court justice. But it was always going to be an uphill climb for him to win re-election in a state that has been trending away from the Democrats for decades and hadn’t elected one to the Senate since 1992.

In North Carolina, Sen. Thom Tillis—one of the main architects of the state’s rightward shift over the last decade—looked set to defeat former state Sen. Cal Cunningham, who was wrapped up in a sexting scandal last month.

Although 117,000 mail ballots are still outstanding and the state can continue counting until November 13, Tillis currently has a nearly 97,000-vote lead according to the North Carolina State Board of Elections, meaning Cunningham would have to win all of those votes by a more than four-to-one margin. And it’s not even clear how many of those ballots were actually returned; some may have decided to vote in person after requesting a ballot, or simply didn’t vote at all.

And in addition to South Carolina and Kentucky, Republican incumbents in Texas and Montana outperformed their polls and fended off challenges from Democrats in seats that were only expected to flip if there was a Biden landslide.

Here’s where things begin to get dicey.

Embattled GOP Sen. Susan Collins is attempting to secure a fifth term in office in Maine, and as of Wednesday morning was the favorite to win. The state’s ranked-choice voting system—where candidates are eliminated until one hits the 50% threshold—means that a clear Collins’s advantage so far doesn’t necessarily signal a win for her.

And in Alaska, incumbent GOP Sen. Dan Sullivan had a big early lead over independent Sen. Al Gross, but just 36% of the state has been counted so far, according to the New York Times.

No matter what happens, Georgia is going to become the epicenter of American politics over the next two months.

In his bid for re-election GOP Sen. David Perdue led challenger Jon Ossoff by more than 187,000 votes as of Wednesday morning, but he’s barely over the 50% threshold to avoid a runoff right now, with a substantial amount of votes left to count in Atlanta, a Democratic stronghold. Libertarian Shane Hazel is registering more than 2% of the vote, which is keeping Ossoff in the race.

In the state’s special election for the Senate seat currently held by appointed Sen. Kelly Loeffler, Loeffler and Atlanta pastor Raphael Warnock, a Democrat, advanced to the runoff. Warnock is currently ahead and is expected to pick up votes as more Democratic mail-in ballots are counted, but not nearly enough for Warnock to avoid the 50% threshold for a runoff.

On the Democratic side, minor candidates registered nearly 500,000 votes, indicating the runoff will be extremely tight. On the right, Republican Rep. Doug Collins, a hard-right Freedom Caucus member, finished third and registered 20% of the vote. He pledged his support to Loeffler after the runoff was confirmed.

“I look forward to all Republicans coming together,” he wrote on Twitter. “Raphael Warnock would be a disaster for Georgia and America.” 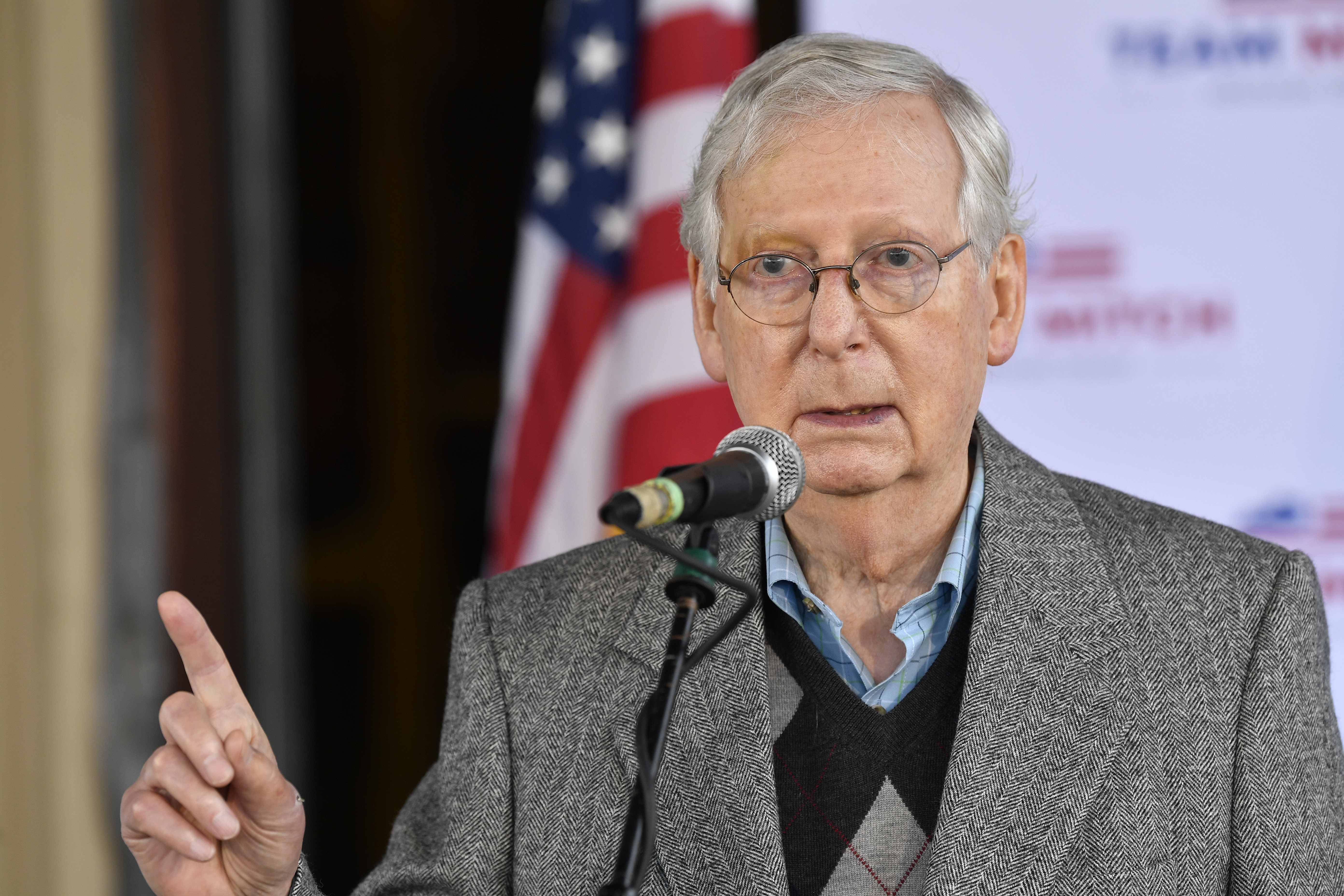 Walmart joins Microsoft in bid for TikTok’s US operations