Joe Biden has pulled ahead in Georgia, a lead that if it holds would make him the first Democrat in a generation to carry the Southern state and move him one step closer to the presidency.

Biden led President Trump by 1,096 votes as of 7 a.m. EST Friday, thanks to early-morning ballot-counting from the Democratic stronghold of Clayton County, just south of Atlanta.

That’s not a final tally. Roughly 10,000 mail ballots remain to be counted, which will likely grow Biden’s lead. Provisional, military, and overseas votes also remain. And the race is so close that it may well be headed to a recount.

But as of now, it appears that Biden may be the first Democrat since Bill Clinton in 1992 to carry the state.

If Biden wins Georgia, that would give him the 270 Electoral College votes he needs to become president. But because the state is so close (and because Arizona remains very close in spite of the Associated Press and Fox News calling the state for Biden), it’s likely that there won’t be an official call from the AP until Biden pulls ahead in Pennsylvania, another key state where he’s been gaining fast on Trump in late-counted mail votes.

Biden had trailed by more than 118,000 votes in Georgia as of Wednesday morning. But it was clear by that point that the race would be close. Nearly a quarter-million mail ballots had yet to be counted, most of them from heavily Democratic areas in metro Atlanta as well as Savannah.

Biden’s breakthrough led to celebrations from Democrats around the country who’d been obsessively refreshing election results for days. And many saw poetic justice in the fact that heavily African American Clayton County was the one to put Biden ahead. The county was home to civil rights hero and former Rep. John Lewis, a subject of frequent attacks from Trump before his death earlier this year.

Singer and activist John Legend posted an a capella rendition of Ray Charles’ “Georgia on my Mind.”

Biden’s potential victory in Georgia comes on the heels of almost 10 years of hard work by Stacey Abrams, the 2018 Democratic gubernatorial candidate, and other local Democrats to convert the state’s fast-growing, rapidly diversifying population. Abrams and others have registered hundreds of thousands of Black, Hispanic, Asian, and young voters in the state, turning its electorate into one that more closely resembles Georgia’s changing population.

Democrats had long hoped Georgia’s changing population would help it emerge as a swing state. But Biden had been cautious about his efforts there. His campaign didn’t start spending heavily on ads in the state until October, months after other states, and his first general election visit to Georgia didn’t occur until Oct. 27, one week before the election.

It appears that late time and money investment has paid off.

The state’s population has grown by almost 10% in the past decade, from 9.7 million to 10.6 million residents, and a huge part of that population growth has been driven by Black, Hispanic and Asian Americans. Georgia is on the cusp of becoming a majority-minority state: Its population is now 48% non-white, up from 44% in 2010.

The number of registered voters has also grown by more than 680,000 since 2016, when the state began automatically registering people when they got their driver’s licenses. Before the switch, drivers had to opt-in.

Biden’s lead shows that Georgia has finally emerged as a swing state after nearly a decade of Democratic efforts there. And given its fast-changing population, Georgia is likely to stay that way for the foreseeable future, remaking strategy in presidential contests for years to come.

And it will continue to matter in a huge way in the coming weeks. After a disappointing down-ticket election, Democrats are two seats away from a Senate majority — but both of Georgia’s Senate seats are headed to early January runoffs since no candidate reached 50% of the vote. That means that control of the Senate will be decided in Georgia. 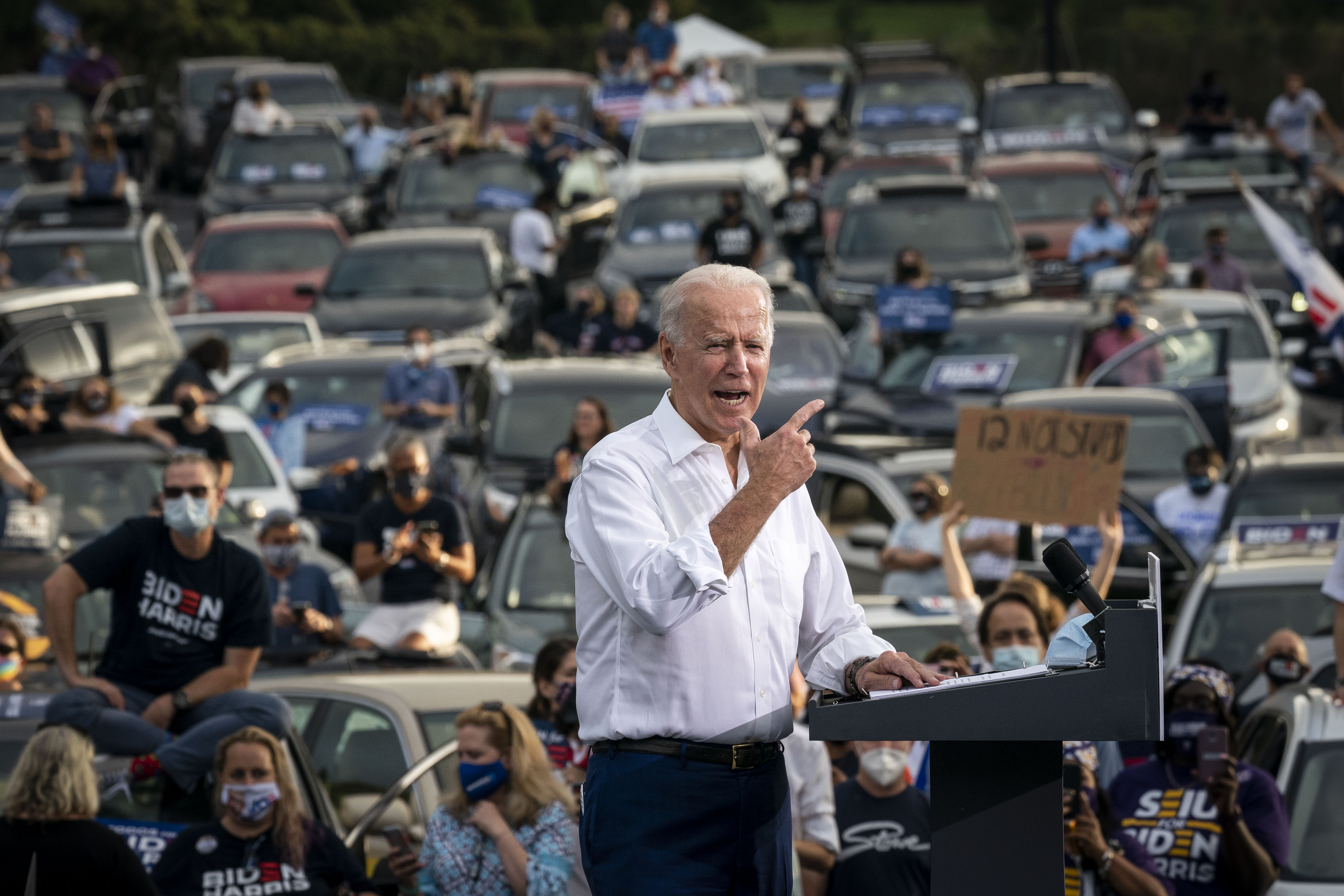 Brexit charges: Why is my online shopping more expensive?