On Thursday night, Facebook announced it had activated “break glass” measures to try to quell the spread of disinformation, which has been supercharged by the lies being spread by President Donald Trump and his allies.

“As vote counting continues, we are seeing more reports of inaccurate claims about the election. While many of these claims have low engagement on our platform, we are taking additional temporary steps, which we’ve previously discussed, to keep this content from reaching more people,” the company said in a statement.

The unprecedented move may have been triggered by Facebook’s decision hours earlier to shut down a viral group called “Stop the Steal” that had racked up 360,000 in the space of 24 hours. The group was spreading disinformation, advocating for gun violence, and organizing real-world protests.

But the impact of Facebook’s moves has been negligible.

A VICE News investigation, using the Facebook-owned analytics tool CrowdTangle, found at least three active groups on Facebook using variations of the Stop the Steal name, all of which have tens of thousands of followers and all of which are sharing the same disinformation as the original group.

Members of all three groups have been sharing the very same disinformation about voter fraud and mail-in ballots as the original group. While many of the members are talking about guns and violence, the administrators of the groups have repeatedly warned all members not to advocate for violence as it will lead to the groups being shut down.

All three groups are seeing a huge spike in membership and activity in the hours since Facebook took the decision to take down the larger “Stop the Steal” group. Data from Crowdtangle shows that posts, comments, and other interactions have spiked dramatically in each group over the last 24 hours.

Facebook on Thursday said that it took down the original “Stop the Steal” group because of “worrying calls for violence,” but also because it “was creating real-world events.”

The “Stop The Steal 2.0” page is also promoting three real-world events, including a rally in Arizona, a #StoptheSteal protest in Georgia, and a “Poll Watcher Support” event in Pennsylvania.

But these groups are not isolated.

Fadi Quran, the program director with global civic organization Avaaz, tweeted in the early hours of Friday morning that he was seeing “many” new ‘Stop the Steal’ groups popping up on Facebook, “collectively gaining over 150k members.”

Back in September, Nick Clegg, Facebook’s head of global affairs, described the emergency measures it activated on Thursday night, as “effectively throwing a blanket over a lot of content that would freely circulate on our platforms.”

Specifically, Facebook said, it is demoting content on its platforms “including debunked claims about voting.” It is also limiting the distribution of live videos that may relate to the election.

But those measures are unlikely to limit the sharing of content within groups, and Quran points out that Facebook itself has incentivized these types of groups.

By allowing the original group to grow so quickly, and to such a scale before removing it, Facebook could have inadvertently made the situation even worse, Ciarán O’Connor, an analyst at the Institute for Strategic Dialogue, told VICE News.

“The challenge in managing copycat groups is that there is additional potential for voter fraud disinformation and threats of violence among communities who may be motivated for further action given the removal of the original group, particularly around possible mobilization at election centers.” 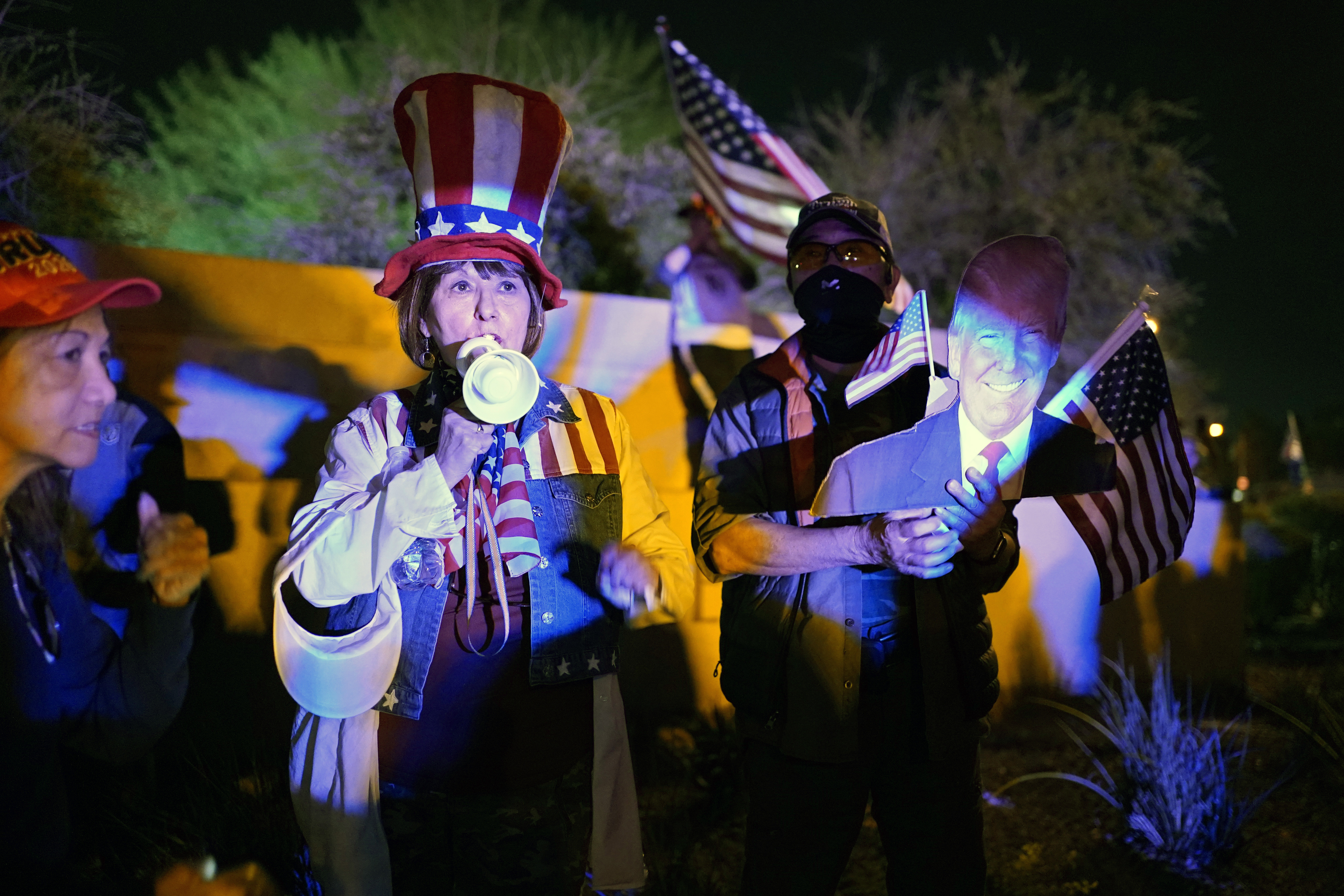