A cardboard cutout of Donald Trump stands at the opening to a merchandise booth full of Trump t-shirts and bags. Photo by Tod Seelie

DRUMS, PENNSYLVANIA — On Saturday, November 6, just before noon Eastern time, people around the United States and the world were refreshing news websites, flipping channels, and restlessly surfing Twitter and Facebook. Meanwhile, at an unnamed, unlicensed Trump merch stand off a rural highway in Luzerne County, Pennsylvania, in the small unincorporated community of Drums, the mood was less than ideal.

“We’ll probably go through the weekend,” one of the two men manning the stand said, stoically. Despite overwhelming evidence that Joe Biden was on the verge of winning the election, he said, “People seem hopeful. They’re still buying T-shirts, ironically.” The shirts flapped in the slight wind, as did enormous Trump flags and some long, fluttering TRUMP scarves. The stand was enormous—more of a free-standing outdoor mini-mall than anything—and crammed with hats, yard signs, key fobs, snow globes, and fake gold-plated $100 bills bearing Trump’s sneering visage. The enormous collection of stuff would have to be shuttled into a warehouse soon, the man said.

“Up until this week, we’ve been really busy,” he added. He declined to provide his name, offering only a nickname, Gunner. He said he was 35 years old and usually lived in California. There was one other thing, he added: “I actually support Biden.”

Gunner said he’d come from California to help his mother, who had, he said, been running two stands since July, in Drums and in Wilkes-Barre. (While he declined to provide his name, local news reports indicate that a couple identified as Dan and Pat Kintner had set up Trump stands in Wilkes-Barre Township and Drums.)

“I’m an opportunist,” Gunner explained cheerily, lighting a cigarette and settling himself behind the wheel of a large white van alongside the stand. A tawny dog settled in the passenger’s seat briefly awoke, then closed its eyes again. Plus, he added, the dog sitting beside him was seriously ill and he needed money for her medical bills. “It’s painful. You gotta sit there and bite your tongue.”

Gunner said that his parents are divorced but had chosen to both go into the Trump merchandise business somewhat in tandem: “My parents both saw other people doing it and figured they could do it better.” And both of them, he said, “are jumping on conspiracy bandwagons” now that Trump seemed likely to lose. “They’re worried,” he said. As a result, they’d begun telling him that “the mail-in votes didn’t have a watermark,” a bogus, QAnon-backed claim meant to delegitimize the election results.

“Trump is supposed to be ahead by 80 percent,” Gunner said. He laughed, but didn’t sound particularly mirthful. The best-case scenario for his parents, he added “is that they learn to live with the fact that a better candidate won.”

In the meantime, though, people were still coming to the stand, streaming in hopefully. Gunner shrugged. “I’m not going to step on somebody else’s dreams even if they don’t match my own,” he said. “But I can’t tell you how many blatantly racist people have come to the stand. That’s the first thing out of their mouth.”

It was obvious that the merchandise wasn’t all going to sell. “They’re probably gonna take it on the chin,” Gunner said, referring to his parents. “That’s the risk you take in a political atmosphere.” His father, he said, had also been running a merch stand in D.C. “He wants to meet Trump so he can be pardoned.”

A woman in a car drove by at that moment. “Start packing!” she yelled, at considerable and joyous volume.

“That’s picked up in the last few days,” Gunner said, with a small smile. “The negative yelling.” Behind him, the other man quietly straightened a sign: TRUMP: Finally Someone With Balls.

The experience of standing out here for the past few months, Gunner said, had brought some unsurprising but still depressing lessons: “Really, just how divided our country actually is. Especially the blatant racism.”

The other man said his name was John—he, too, declined to provide a last name—and that he was 28 and a Trump supporter. (“He’s my sister’s ex-boyfriend,” Gunner interjected.) The two men gave each other an unreadable look; when a visitor observed that there seemed to be some tension between them, Gunner nodded. “It’s nothing to do with the election,” he said. They both laughed, sort of.

John said that despite his basic support for Trump, “I didn’t vote. I’m here every day. I didn’t have time.” The customers, he said, had mostly seemed surprised over the last few days. John himself didn’t know what to think.

“I never really followed him or watched any of the debates,” he said. “But he did a good job the last few years. He cares about people, from what people have told me. I was never into politics.” Before coming to work at the stand, John had been working “regular jobs” in the area, he said, “places around here.”

Someone else drove by, yelling something unintelligible but clearly insulting.

John shrugged. “You get used to it,” he said.

Luzerne County is what pollsters would refer to as “deep red,” the kind of supposedly forgotten place that pollsters, politicians ,and journalists alike have obsessively examined as a purported key to Trump’s success as part of an unrelenting flood of coverage of white rural areas that were said to represent the heart of the country and the true will of the people. But while Trump won here again—and while protesters gathered in front of the county elections bureau to demand that local officials stop counting mail-in ballots—none of it seemed to have mattered, in the end. The electoral college votes ticked up. The merchandise still sat, largely unsold. “It’s slowed down, obviously,” John said. Someone else drove by, yelling only, “Joe Biden!” In his downtime, John smoked cigarettes, looked at YouTube videos, and tried to figure out what to do next.

“Trump’s done a lot over the years,” he said, a little wistfully. “The TV shows, the casinos.” Meanwhile, he said, “This is all I’ve been doing. What do I do after this?”

It seemed unkind to ask anything else. Back in the car, a moment later, a flood of news alerts, texts, and missed calls showed that Biden had officially won the votes he needed to be declared president-elect. I scurried back to the stand.

“They called it?” Gunner said, still behind the wheel of the van, smoking. “100 percent? Love it.”

John, sitting behind the cash register, wilted a little.

He had been told, he said, that there’d likely be a recount. “Something about watermarks on the votes. Somebody told me that, a customer.”

I said it wasn’t true. He sighed, almost inaudibly. “Did Trump personally make my life better?” he said, in response to a question to that effect. “No.” He was interested, he said, in the idea of success. “Owning a house. I don’t have my driver’s license, I’d like to get that.” He looked at the uncountable mound of stuff that he’d start to have to pack away soon. 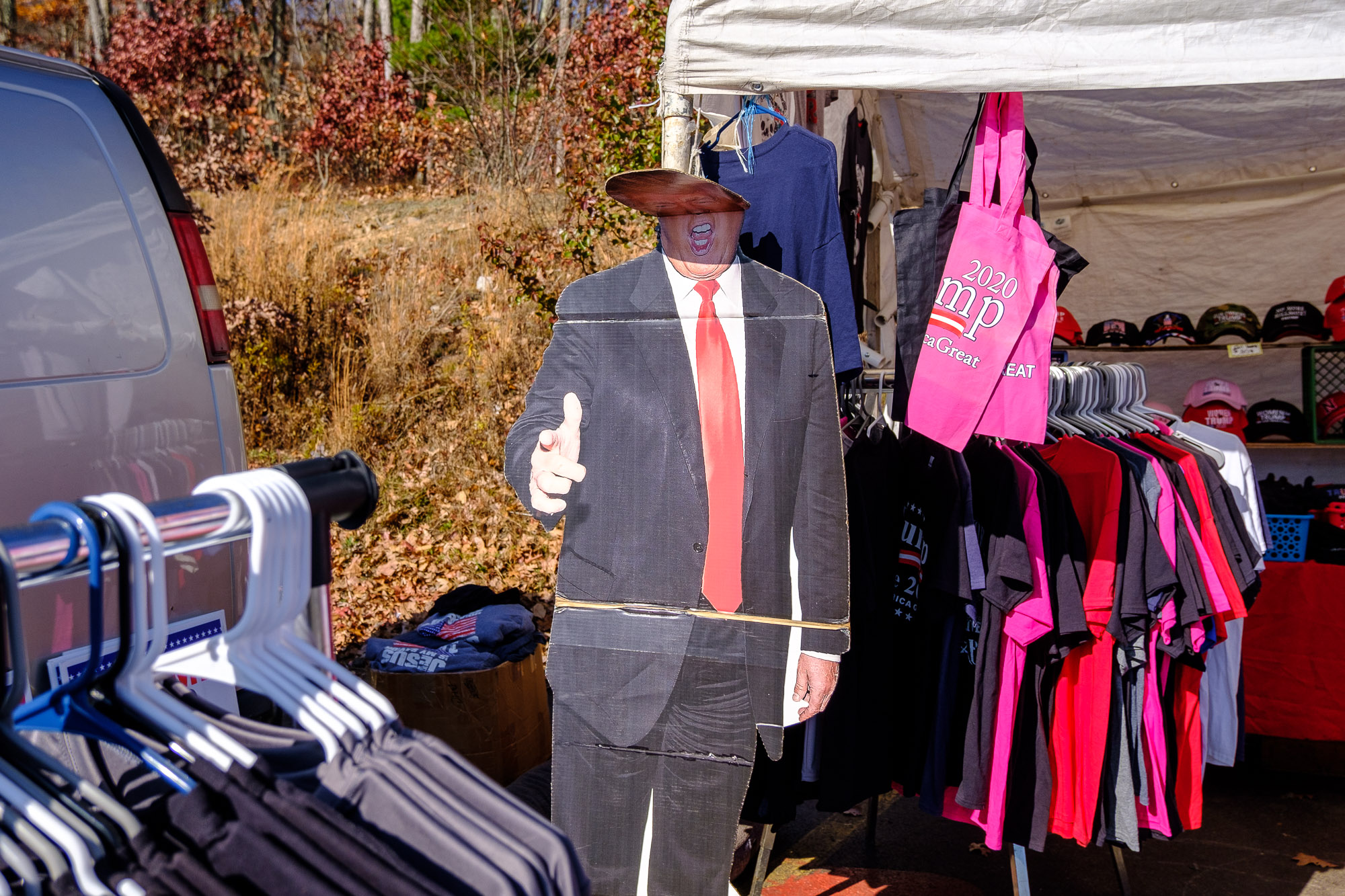 How to Prepare for a Black-Tie Event