This story originally appeared on PCMag

If you thought the new console season was over just because the PlayStation 5 and Xbox Series X are out, you were mistaken. Now it’s Bud Light’s turn to bring its own gaming hardware to market. The brewer just announced the BL6, the “coolest* gaming console ever.” It’s real, I’ve been playing with one, and the asterisk is a joke about it having a drink cooler inside.

Okay, it’s not exactly a new game system to compete with the PS5 and XSX. It’s part art project, part technical demo and part marketing gimmick. But it is actual hardware that exists, that you might be able to buy. I’ve been testing a BL6 in my apartment, and Bud Light indeed plans to sell a small number of the systems as charity auctions on ShopBeerGear.com (all proceeds will be donated to the National Restaurant Association Educational Foundation’s Change is on the Menu program). 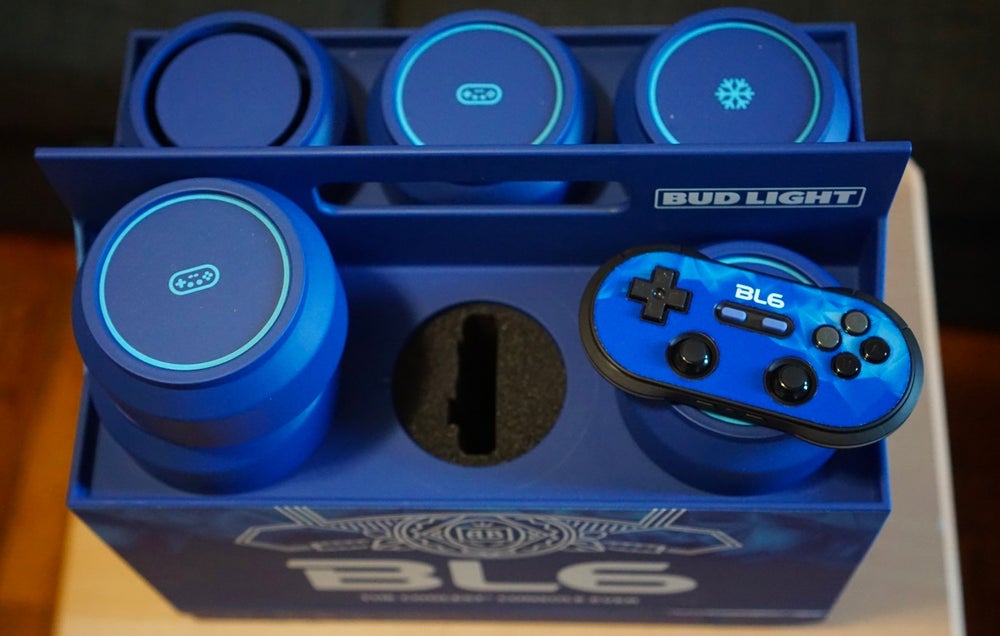 But what exactly is the BL6? We’ll dig into the system in more depth next week, but I have the basics down after tinkering with it. The BL6 is a Windows 10 PC equipped with an Intel i7-1065G7 CPU and 16GB of RAM, with a built-in projector, all packed into a big blue case designed to look like a Bud Light six-pack. Specifically, the PC appears to be a Microsoft Surface Pro or similar system, and the projector is an Asus ZenBeam 720p projector. It has Intel Iris graphics instead of a beefy graphics card, but it still has enough oomph to play Tekken 7 and Soul Calibur 6. In fact, those two games are preinstalled on the BL6, along with RBI Baseball 20 and a few other games.

Related: The PS5 Will Only Be Sold Online on Launch Day

It’s more than a solid Windows 10 not-quite-gaming PC and a small projector, though. Those six cans on the case are for more than looks. The front two cans are cooling fans, but the middle two are holders for the included game controllers, which are BL6-branded 8Bitdo N30 Pro+ gamepads. And the rear two cans? Those are drink cooler compartments. See? “Coolest” gaming console ever.

I need some more time with the BL6 to see just how goofy we can get with this fascinating hardware. So far, however, it appears to be a real labor of love from Bud Light’s engineering team (which is a thing that exists, apparently). Yes, it’s a weird beer-selling marketing stunt, but it’s also a pretty neat piece of technology in a really eye-catching case. And it’s a functioning piece of electronics, not some 3D-rendered monstrosity that will only appear in a commercial and nowhere else. 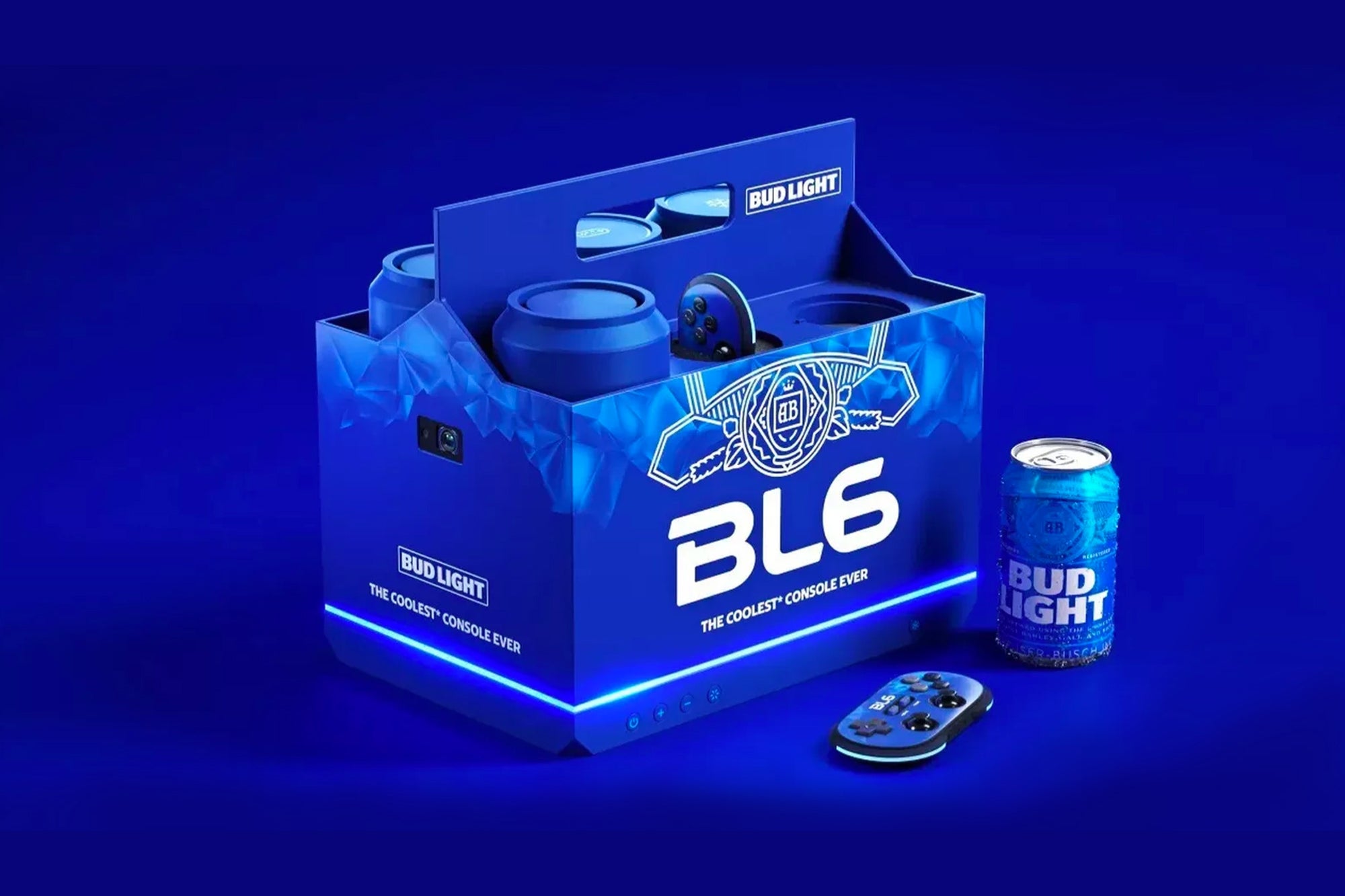 How to Position Your Product in a Niche Market