President Trump’s vicious attacks on democracy may be falling apart in the courts—but they’re doing real damage to his voters’ trust in democracy.

Two new polls out Wednesday show that large majorities of Trump’s voters agree with Trump’s baseless claims that the election was stolen from him.

Nearly half of the country believes that they need more information to know who won the election, according to a Monmouth University poll released Wednesday morning, even though Joe Biden has comfortable leads in more than enough states to make him the next president and Trump’s legal challenges to vote counts have routinely been rejected by the courts.

Fully 44 percent of Americans, including 88 percent of Republicans, believe “we need to wait for more information on the count before we know for sure” who won the election.

Trump has refused to concede even though Biden appears to have a comfortable Electoral College lead, while howling that widespread voter fraud across multiple states cost him the election even as his team has failed to provide any evidence in court that this is true. That’s poisoning the well for Biden, who’s set to take over as president in January, barring a major and potentially illegal attempt from Trump’s allies to overturn the election results in multiple states.

This is unprecedented. But it has echoes of the GOP’s refusal to ever fully accept President Obama’s 2008 victory — an intentional delegitimization fueled by the racist lie that Obama wasn’t born in the U.S. Trump was the loudest voice about the birther conspiracy, helping push it into the Republican mainstream long before he ever ran for president.

This insidious push comes even as Trump’s team keeps failing in court. His team has withdrawn legal challenges in a number of states, and has lost more than two dozen court cases since the election, with only one partial victory over just a few hundred votes.

Trump’s team is telegraphing that it’s not even really trying to win those court fights anymore, and that the goal is now to pressure local Republican legislators to overturn their states’ election results and try to certify Trump as the winner. One of their few remaining court cases is an attempt to toss out Nevada’s election entirely, and while it’s likely to fail it signals where Trump’s team is headed.

That effort has started to gain steam with activists as well. But Republican officials in multiple states are wary of that approach, admitting it’s likely illegal. On Wednesday, Michigan’s top senate Republican said Biden won and there’s no way he’d try to overturn those results. Hours later, local Republicans in Wayne County caved in after trying to block Detroit’s votes from being certified.

But just because Trump is likely on his way out the door doesn’t mean he can’t damage the country on the way out, salting the earth of democracy in his retreat. 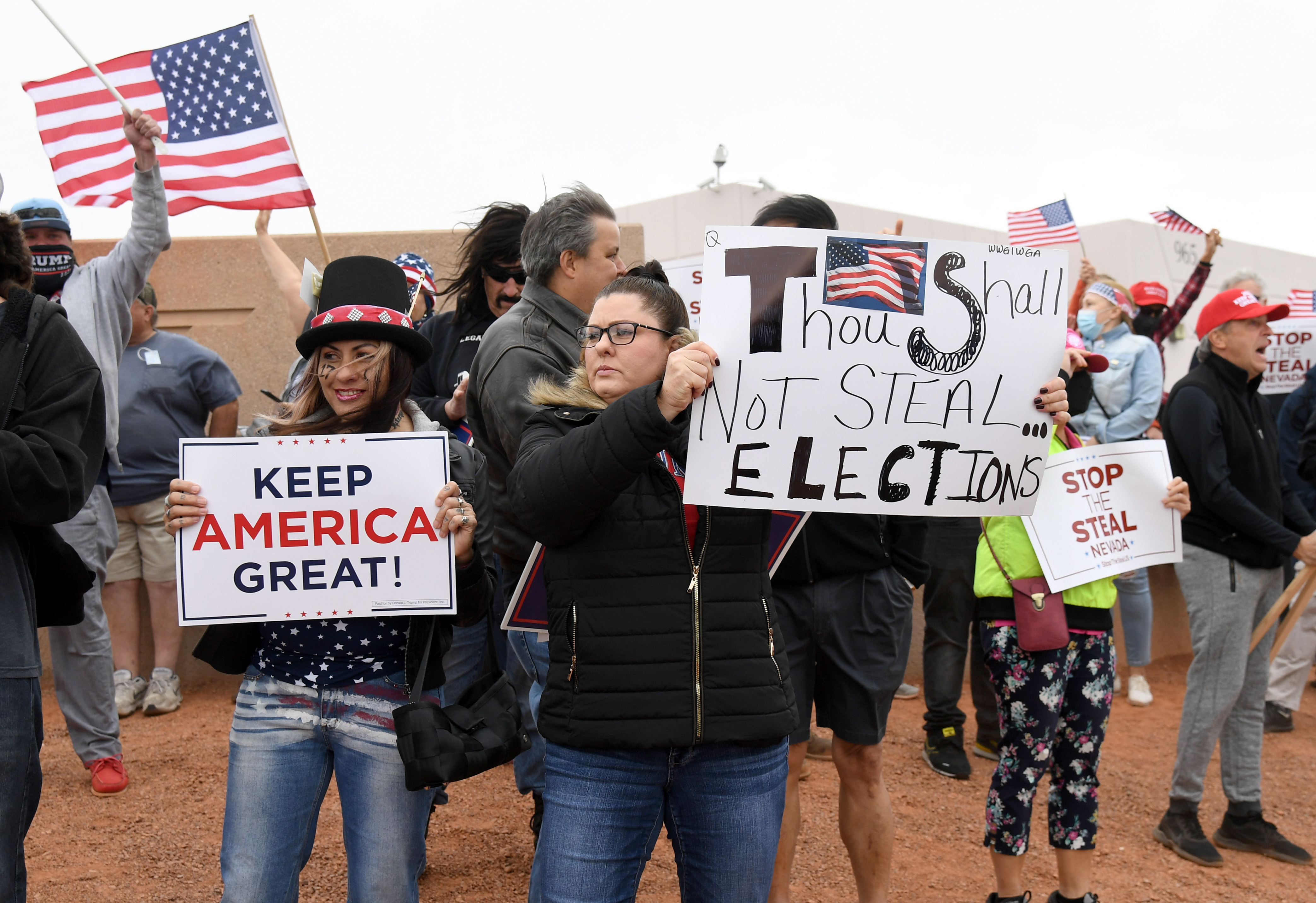