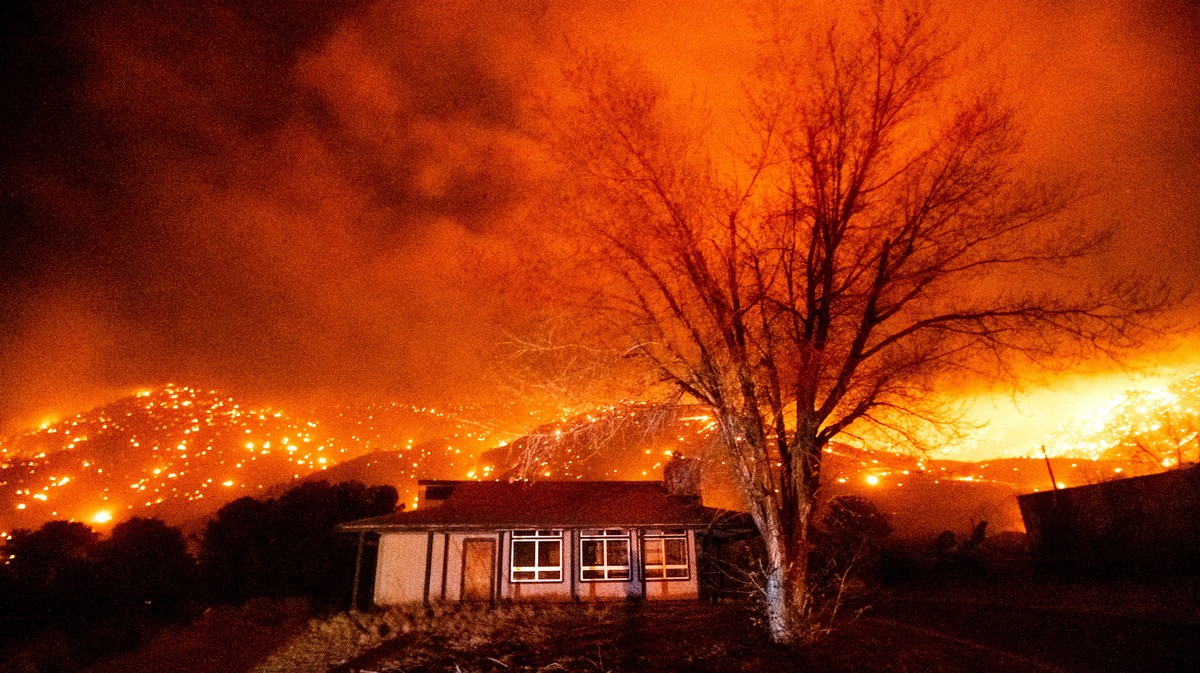 Joe Biden is inheriting a mess on climate change. President Donald Trump has spent the past four years destroying U.S. environmental policies and alienating close allies, actions that could take years to clean up. But globally there’s more cause for optimism: Once Biden’s in, the world will no longer have to deal with an administration doing everything possible to slow down and prevent progress, climate policy experts say.

With the exceptions of right-wing governments in places such as Brazil and Poland, “countries around the world are absolutely delighted,” Robert Stavins, a professor of energy and economic development at Harvard University, told VICE News, “because the U.S. has been opposed to virtually all the norms of international relations.”

Now comes the hard part, those experts say. Though the world wants to believe that the U.S. will no longer sabotage climate progress, Biden has to actually prove it. “The reputation of this country has been terribly damaged,” Stavins said.

Here are some of the immediate things the new president can do internationally.

Biden promises that on Day One of his presidency he’ll rejoin the Paris Agreement. But that won’t necessarily undo all the harm caused since Trump announced the U.S. withdrawal in June 2017. The more than 100 environmental rollbacks introduced by his administration have the potential to add up to 3.1 gigatons of excess emissions to the atmosphere by 2035, according to Rhodium Group calculations.

Surprisingly, the U.S. is set to exceed its 2020 Paris agreement reduction goal, but that’s in spite of Trump. The 20 to 21 percent reduction in U.S. emissions below 2005 levels that’s projected by Climate Action Tracker is mainly due to the electricity sector becoming greener because of market forces, as well as the huge drop in energy consumption caused by the coronavirus.

Leaving Paris caused incalculable diplomatic harm, however. “It took us out of agenda-setting; it took us out of global leadership. It was kind of a middle finger to the world, saying, ‘You go ahead with your efforts and some substantial sacrifice to your own economies and we’re just going to sit this one out,’” University of Richmond environmental law professor Noah Sachs told VICE News.

Since the terms of the agreement meant the U.S. couldn’t formally leave until this month, Trump administration diplomats continued to show up at global climate conferences where they noisily disrupted the negotiations. At the 2018 meeting in Poland, for example, U.S. officials held an event to promote coal and warned against “alarmism” on climate change.

During the G20 Summit the following year in Osaka, Japan, Trump reportedly worked behind the scenes to convince Brazil, Turkey, Australia, and Saudi Arabia not to support a communique affirming the importance of achieving the Paris climate goals. In the end, Trump was the only world leader who refused to sign on, saying “I’m not sure that I agree with certain countries with what they are doing.”

Take stock of the grim climate math ahead

Other countries have nevertheless moved forward on climate change. The European Union this summer adopted a plan to spend roughly $650 billion on green projects as part of its coronavirus recovery, the biggest single climate pledge ever made. China, meanwhile, recently committed to a goal of getting its carbon impact to effectively zero by 2060.

This is all welcome news, Sachs said, but the four years the U.S. has spent standing in the way of global progress on climate change has resulted in some grim math. Trump ignored reality, but Biden has to face it head-on.

For the world to have any hope of keeping warming below 2 C, beyond which we might hit catastrophic tipping points like all Arctic sea ice melting or the Amazon rainforest collapsing, the U.S. must reduce its own greenhouse gas emissions 4 to 5 percent every single year until 2030, according to Rhodium calculations. To put that in perspective, the massive economic hardship of COVID-19 helped make possible a 5 to 10 percent reduction this year, Climate Action Tracker estimates.

Even if a Biden administration can introduce something resembling his $2 trillion green stimulus plan, which Republicans are certain to obstruct if they retain the Senate in January, that progress could be wiped out by emissions gains in developing economies such as India. “It would take reversals on a major scale to get us where we need to be by 2030,” Sachs said.

But momentum will be stronger without Trump’s administration picking an endless series of time-consuming fights. “It’s hard to overstate the impact of having the Trump people in every international institution,” David Victor, a professor of International Relations at the University of San Diego, told VICE News.

Victor points to U.S. officials trying to reverse restrictions in 2018 on coal investments at the European Bank for Reconstruction and Development, despite the policy being supported by most of the bank’s other members because it would cut greenhouse gases and reduce reliance on a financially declining fossil fuel.

“There’s been all this diplomatic energy that’s spent in the last four years in trying to navigate around this dumpster fire of horrible diplomacy,” he said.

Biden won’t be starting from nothing in repairing that. “He has been involved in foreign relations for decades and has a ton of experience and a ton of relationships,” Jeffrey Colgan, director of the Climate Solutions Lab at Brown University, told VICE News. “It’s a real opportunity given the constraints he’s going to face domestically.”

One thing Biden might do is “name and shame global climate outlaws,” a promise he made in his climate platform. That would certainly include Brazilian president Jair Bolsonaro, a Trump ally whose foreign minister has claimed “there is no climate change catastrophe.” Deforestation of the Amazon is accelerating under Bolsonaro, potentially causing Brazilian forest and land use emissions to reach 2.2 gigatons by 2030, according to Rhodium calculations.

Biden has previously suggested giving Brazil $20 billion to protect the Amazon. He’s also warned of trade sanctions. “There are things the U.S. could do to apply pressure,” Colgan said. An October report Colgan co-authored contained a few suggestions: Biden could lead a global coalition that prevents Brazil from becoming a member of the Organization for Economic Co-operation and Development. Or there is the option of obstructing Brazil’s trade deal with the European Union, which might cost the Brazilian economy over $90 billion.

If those actions were successful in reversing the Amazon’s destruction, Rhodium calculates it could get the world 2 gigatons closer to the 15 to 32 gigatons worth of carbon reductions we need to achieve within the next decade to meet the Paris targets.

Bolsonaro, predictably, is not having any of it. “I recently heard a presidential candidate (Biden) from a country say that if I don’t put out the fire in the Amazon, he is going to raise trade barriers against Brazil,” Bolsonaro said after the U.S. election. “How do we deal with all of that? Diplomacy is not enough. When there is no more saliva, then there must be gunpowder.”

But before the U.S. can go after international climate trolls, it needs to prove to the rest of the world that its own trolling days are over. “The near-term task for Biden is to restore U.S. credibility on this issue by getting our house in order,” Sachs said.

That will mean reversing the Trump administration’s aggressive “energy dominance” agenda, including the leases it’s now rushing to sell for oil and gas drilling in Alaska before Biden gets into office. It will also mean bringing in new policies to reduce U.S. greenhouse gas emissions, which could be accomplished through executive actions even if Republicans retain control of the Senate.

Biden has promised to move forward with 10 such actions on Day 1 of his presidency, including limits on methane emissions from oil and gas sites, as well as new standards for building efficiency. Sachs said that will only go so far towards restoring U.S. credibility, because other world leaders are well aware that a Republican could become president in 2024 and simply reverse the actions.

“If the U.S. is going to be a global leader on this issue, it can’t be flip-flopping every four years,” Sachs said. “Ultimately the key to showing to the world we’re committed to the long-term is solid legislation and broader support.”

Absent that legislation, though, there is no question among experts that Trump’s election defeat is still hugely positive—if only for the diplomatic energy it will free up. It means U.S. officials no longer reacting to coal restrictions at the World Bank by threatening to veto wind and solar projects. No more Trump skipping G7 summits on climate change and then doing press conferences saying he refuses to sacrifice U.S. wealth “on dreams, on windmills.”

“The world is going to be thrilled to have someone there who’s not toxic all the time,” Victor said. 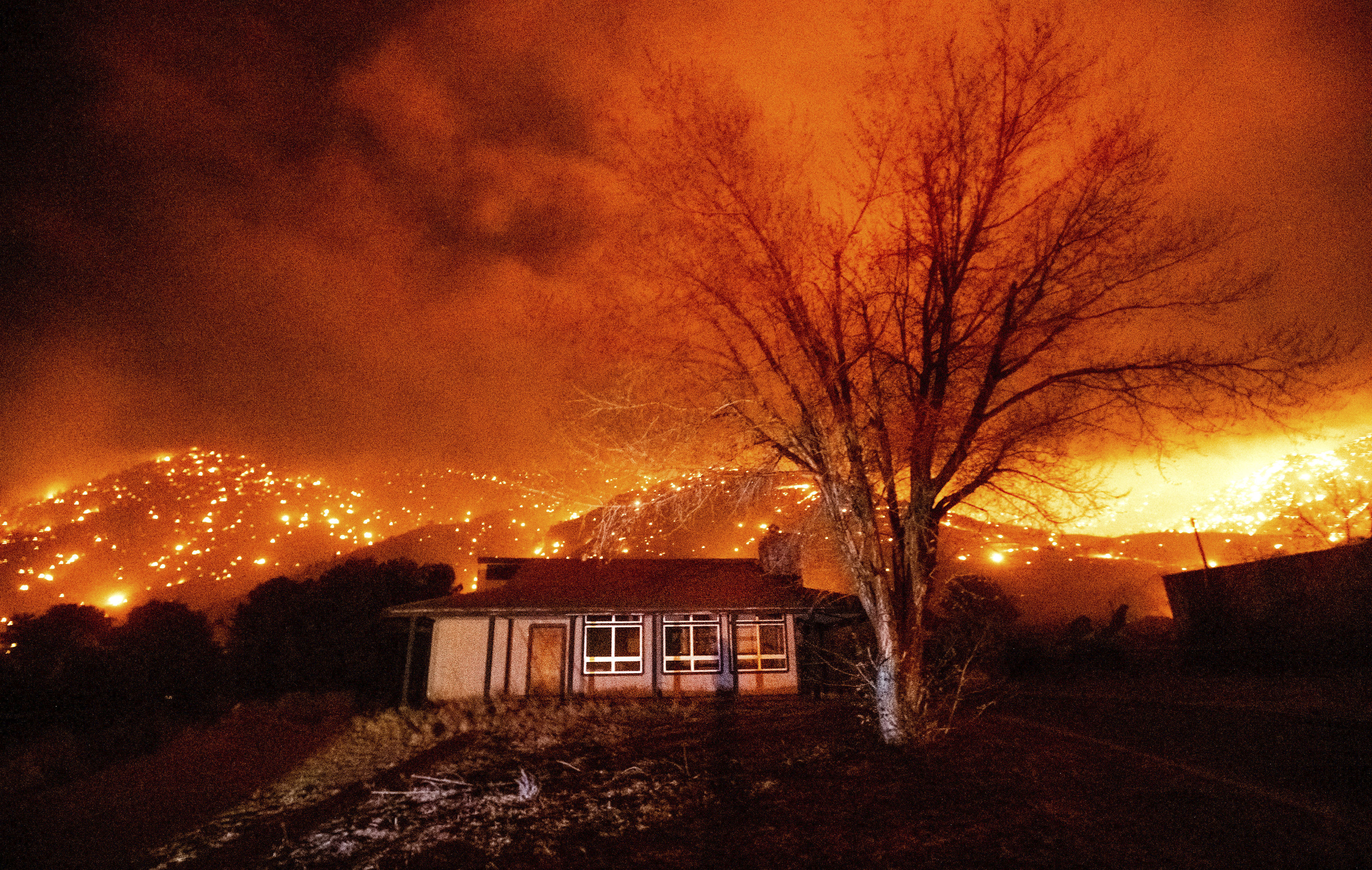 Letting Go of Your House? Here’s What You Need to Take Care of First

Boeing gets 737 Max vote of confidence