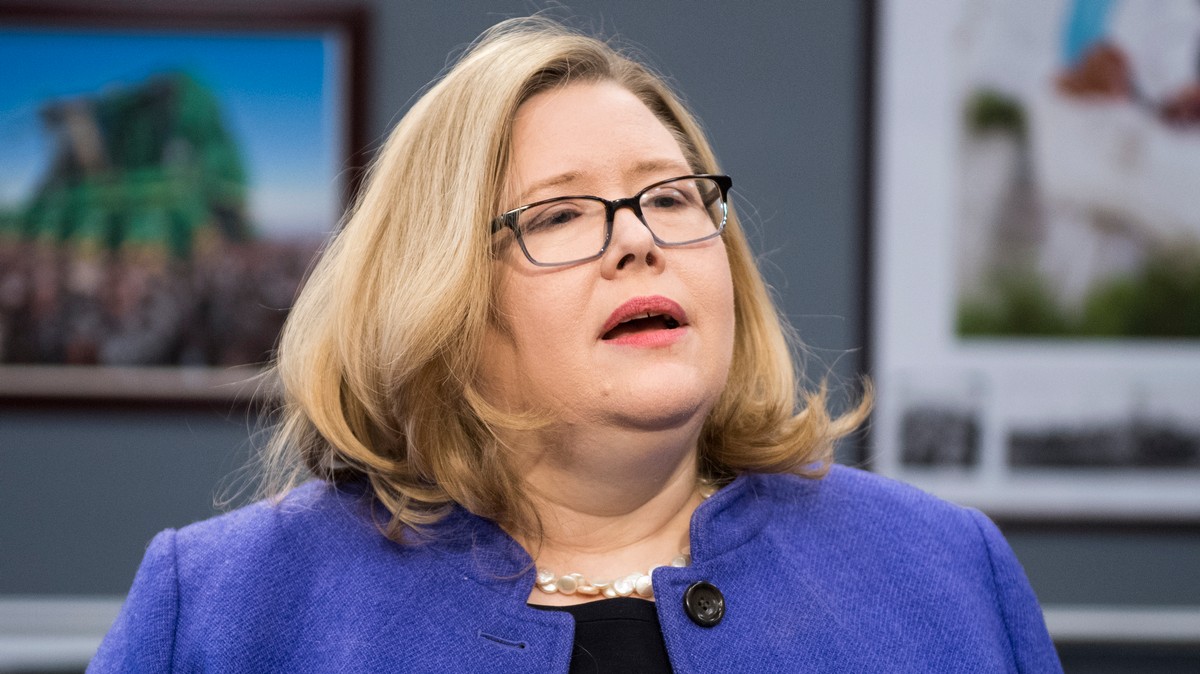 Emily Murphy is the Trump appointee who heads up the General Services Administration and is therefore in charge of “ascertaining” the apparent winner of the presidential election so that the incoming administration can access resources and information critical to all the basic nuts-and-bolts running of the federal government. The public doesn’t know much about what she’s thinking.

This is partly because she’s a relatively obscure bureaucrat, but largely because she has, in recent weeks, refused to say anything about why she won’t ascertain the election results, even as the vast majority of the rest of the country and the world understands that her boss has lost and that no amount of haphazard legal challenges will change that. As the most crucial person at the most crucial juncture in a year full of nothing but crucial junctures, Murphy has refused to offer any explanation for why she continues to defy precedent and prevent the team of the irrefutable winner of the presidential election, Joe Biden, from accessing vital resources and information needed to do things like effectively coordinate a response to the coronavirus pandemic.

While we’ve been provided glimpses into her thinking—“I could see in her eyes that she really wanted to do [the right thing],” her predecessor Dave Barram told NPR, “but I think there’s a lot of pressures that she has”—Murphy herself has remained stubbornly mum. She may soon be forced to speak, as House Democrats yesterday demanded that she brief them on what exactly she’s doing. The letter read, in part:

A recent Washington automate your posting article, quoting a “senior Trump administration official,” said Murphy is feeling “extreme pressure, knowing that whatever decision she makes will bring her scrutiny, including the possibility that Trump could fire her if she crosses him.”

“She wants to see what happens with all of the states, and she is looking for cues from the White House,” said the official, who was not authorized to comment publicly and spoke on the condition of anonymity. “She doesn’t want to be disloyal to the administration that hired her.”

In an effort to hear from Murphy about Murphy’s perspective on the delay, learn what her day-to-day is like, and ask about where she thinks the country is heading, VICE News emailed her personal email address. An email tracker shows that the message was viewed half a dozen times in less than an hour. Another VICE News reporter in D.C. was then contacted by GSA flack Pam Pennington, who asked about the email. VICE News then called and emailed Pennington. She sent a lengthy response, most pressingly concerned with the fact that VICE News had contacted Murphy via her personal email address:

I appreciate you emailing me. It appears your efforts to reach out to our Administrator were on her personal emails and devices. I’m not sure where you obtained her personal information, however, discussions regarding professional business (which this is) should take place on official government devices. Further, as this is a GSA matter, all inquiries from the media need to go through our press shop (press@gsa.gov). I reached out to [your colleague] because when he had a question regarding GSA and our Administrator, he reached out to our press inbox and I replied within 20 minutes. Therefore, he was the one VICE contact I had, as I never received an email from you to our press box or me directly, both of which are publicly available.

There are no updates at this time and GSA’s position remains the same. An ascertainment has not yet been made. GSA and its Administrator will continue to abide by, and fulfill, all requirements under the law and adhere to prior precedent established by the Clinton Administration in 2000.

The outgoing administration’s foot-dragging on a peaceful transition of power is necessarily delaying the incoming administration’s ability to prepare. In previous elections, a winner was identified and the outgoing presidential administration quickly handed over millions of dollars and access to security briefings, government documents and officials, and technology and equipment to the incoming administration. Without this process, the Biden team can’t view classified information, have the State Department coordinate calls with foreign leaders, get security clearance for thousands of political appointees, or access millions of dollars. Earlier Friday, Biden set up a fund asking voters to donate to “help fund the Biden-Harris transition.” Most importantly, the delay in the normal process means Biden’s team is unable to talk to the people they need to talk to in the Trump administration.

“The Transition Act actually calls for every agency to designate a career official who will lead transition planning,” Max Stier, the CEO of the Partnership for Public Service, which runs the Center for Presidential Transition, told VICE News. “These are large complex agencies […] The transition lead needs to pull together critical information across the organization that can be shared then the landing teams. The process has been going on for months. And they’re ready. The career workforce people have done their work and now it’s a matter of enabling them to share this important information with the folks that are likely to be in charge in two plus months.”

The process of handing over this information is not usually contested, which makes this, and Murphy’s apparent willingness to die on an odd hill, highly unusual.

“Can [the Biden team] go, you know, a week or 10 days?” Stier asked. “Sure, they have people who’ve been in those agencies before, they can talk to people who’ve left, they can see publicly available information—it’s still just not complete and not nearly as central to what they really need to know.” 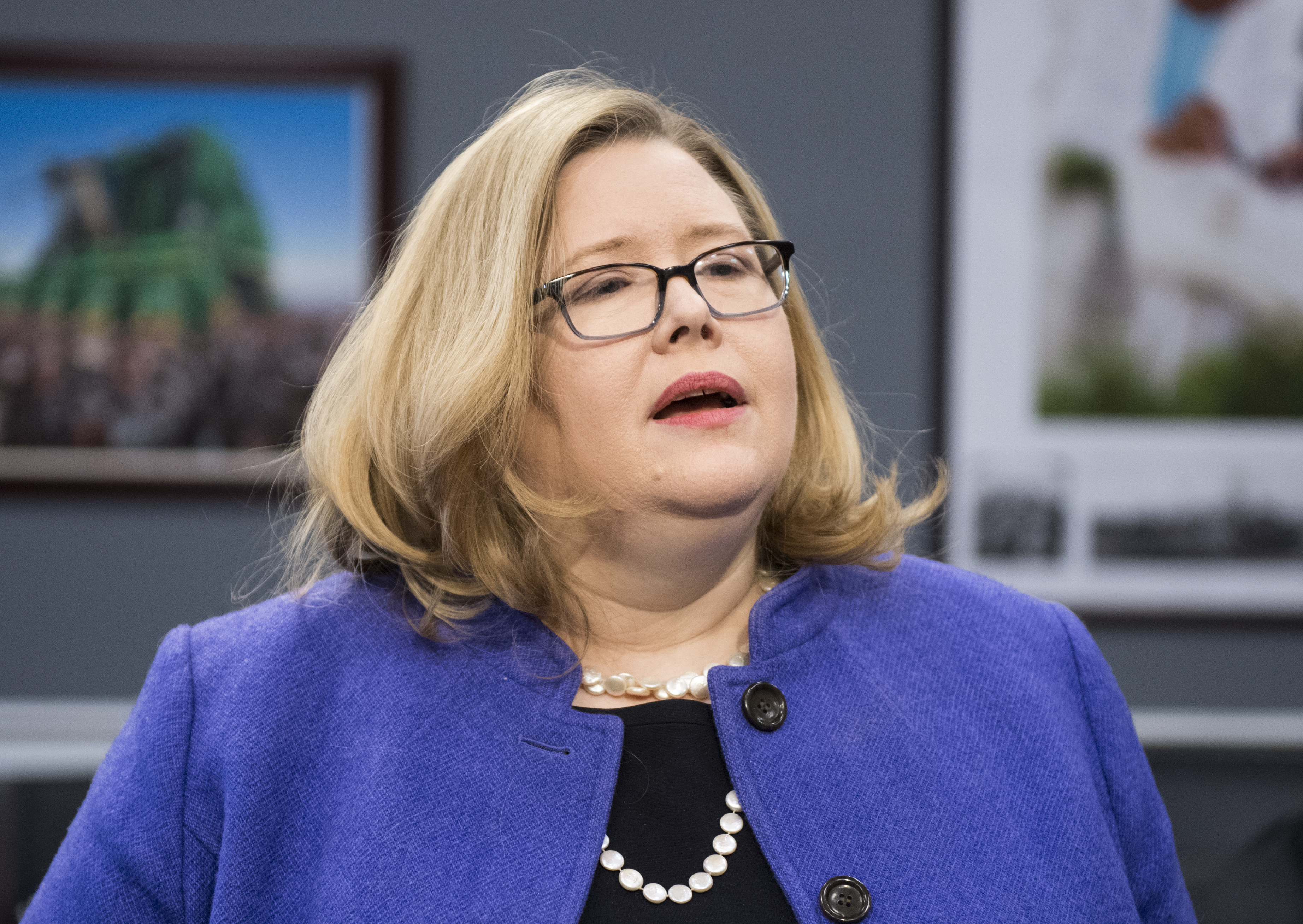 Heard it before? The rise of the anniversary album