ICE detained 36-year-old Yanira and then attempted to deport her after she had undergone procedures with a controversial gynecologist. (Source: Facebook)

UPDATED Nov. 19, 6:22 p.m.: Late Thursday afternoon, lawyers for the women amended the final documents to include statements or declarations from a total of 22 women.

Original story: One detained woman compared her visit to the gynecologist to being raped. “I told him ‘no,’ but he kept going. ‘Relax,’ he told me.”

Another woman was told she was going to be deported, just hours after talking with federal investigators about the medical treatment she received at Irwin County Detention Center, a privately-operated prison in Georgia now at the center of an investigation into women who say they experienced medical abuse while detained there.

A third woman said she went in for a toothache. She thought she was going to have two molars removed; when she woke up the dentist had removed six. During the three-hour car ride back to the detention center, with no medicine to numb the pain, she was spitting blood into her sweater.

These are among the declarations of 22 women, whose testimony was filed under seal Thursday afternoon as part of a lawsuit brought on behalf of a detainee named Yanira against the Department of Justice, the Department of Homeland Security, and Immigration and Customs Enforcement. (The testimonies originally included 19 women’s statements and the lawyers later amended the total to 22.)

The women—two who provide their names and 20 identified as Jane Does—are alleging gross medical mistreatment at Irwin County Detention Center in Ocilla, Georgia and retaliation by ICE officers against detained women who spoke out. At least six have already been deported and seven more face imminent deportation, in what the women and their lawyers say is an effort to silence them.

A group of Democratic members of Congress are asking that the women be granted special U-visas for victims of crimes who have suffered mental or physical abuse in order to stay in the United States, and that the women who have already been deported be allowed to return to the U.S. and also seek protection.

The statements by the women paint a picture akin to a horror film at the detention center: mold-infested cells; guards beating up a detained woman and then dragging her from the room naked; psychiatric and breathing medicine being withheld; and the women being given “stained, used underwear” up until the time a congressional delegation visited the facility on September 26 to investigate allegations of medical abuse.

In anticipation of that congressional visit, the guards promised the women a pizza party and money to scrape black mold off the ceilings and apply a fresh layer of paint, said Yanira, who compared her visit to the gynecologist Dr. Mahendra Amin to being raped. The guards came and went; the pizza and pay never materialized, she said.

Multiple women alleged they’d wanted to share their stories with the congressional delegation, but the guards prevented the women from doing so.

“The day Congress came, the guards told us important people were coming. The guards told us to clean the pods and fix the bed. We kept asking the guards when the people from Congress were coming to talk to us, and they said they would make it back here and we just had to wait. We waited all day but nobody came back here because we are in these trailers in the back outside the facility,” said a woman identified as Jane Doe #5, an immigrant from Mexico.

She said she was pressured into having three surgical procedures by Dr. Amin even though she wasn’t complaining of gynecological problems. “I am scared and I do not know who to believe anymore. They treat us like cattle and I feel like they are going to take us out of here in a box.”

A woman identified as Jane Doe #2 — who had her molars removed without her permission — did speak to the congressional representatives. Two weeks later, she said, she was slated for deportation. Her lawyers were able to prevent it.

Following the visit, the delegation called for the facility to be shut down until the Department of Homeland Security’s inspector general could fully investigate. There are ongoing investigations into the allegations against Amin by the DHS office of the inspector general, the Federal Bureau of Investigation, and the Department of Justice’s Civil Rights division, but there are allegations of mistreatment against multiple medical providers.

Throughout, the guards and ICE have retaliated against the women who spoke out about the conditions at the facility, according to the allegations. After some of the detained women went on a hunger strike, the leader of the strike was reportedly deported.

“They intimidate us and try to silence our complaints by talking to us about possible punishments. Faster deportation for those who protest or speak up too much is a frequent threat,” according to the declaration filed by a woman identified as Jane Doe #4.

“ICE is firmly committed to the safety and welfare of all those in its custody,” said agency spokesperson Danielle Bennett in an email. “All ICE facilities are subject to regular inspections, both announced and unannounced, and the Irwin County Detention Center has repeatedly been found to operate in compliance with ICE’s rigorous Performance Based National Detention Standards.”

A compliance inspection, published by the DHS in March, reported that, “None of the detainees made allegations of discrimination, mistreatment, or abuse.”

“However, we can assure you the allegations are being investigated by independent offices and LaSalle Corrections is fully cooperating,” he wrote in an email.

Irwin County Detention Center has been in the news since September 14, following a whistleblower report that detailed allegations of medical neglect and mistreatment. At least 19 women subsequently came forward and said they had received gynecological exams, procedures, and medication that they say they didn’t want or fully understand.

The documents filed under seal Thursday include the congressional testimony of two prominent gynecologists before the U.S. Senate in late October. They expressed deep concerns about the medical treatment provided by Dr. Amin, based on the medical records of 19 women who brought forth complaints. They reviewed the women’s records with an independent medical review team of nine OB-GYNs and two nurses, and each record was reviewed by two members of the team.

“Our findings reveal a disturbing pattern of aggressive treatment, including ‘overcalling’ the need for invasive surgeries, unwarranted pressure to undergo surgery, and a failure to obtain informed consent,” testified Dr. Haywood Brown, an obstetrician-gynecologist at the University of South Florida.

Dr. Amin “frequently identified ovarian follicles, a benign component of normal ovarian function, and portrayed them as worrisome cysts that resulted in removal of portions of the ovary, when the appropriate intervention should have been repeat ultrasound in 4-6 weeks to ensure their spontaneous resolution,” testified Ted Anderson, director of the Division of Gynecology at Vanderbilt University Medical Center.

Of the 22 women who gave declarations, six said they were diagnosed with cysts and two were told they needed a hysterectomy.

Amin’s lawyer Scott Grubman denied all allegations against his client in an email:

“To be clear, these allegations are simply false, and amount to malicious and actionable defamation. Multiple independent witnesses who were physically present in the examination and/or operating room while Dr. Amin provided treatment to ICE detainees have expressly refuted, in writing and under oath, allegations of any rough or inappropriate treatment. Dr. Amin has always provided the care he deems appropriate based on his medical training, and has always treated his patients with the utmost care and respect. Dr. Amin is cooperating in multiple ongoing investigations and looks forward to those investigations clearing him of any such wrongdoing.”

Grubman would not specify which witnesses had refuted the claims. “Suffice it to say, I have personally seen the sworn written testimony,” he said.

On Thursday, 75 Democratic members of the House of Representatives and 30 senators signed on to a letter to senior officials with the Department of Homeland Security, the Department of Justice, and the FBI demanding that immigration officers pause the deportation of witnesses in the investigation.

“Deporting these witnesses—especially when none of them have received independent physical or mental health evaluations by medical experts—amounts to a de facto destruction of evidence, as doing so substantially impedes the ability of these women to testify in any potential criminal or civil action. Doing so impermissibly interferes with law enforcement’s ability to engage in meaningful review of alleged criminal acts.”

The letter was drafted by Sens. Richard Blumenthal and Jeffrey Merkley, and Representatives Pramila Jayapal and Alexandria Ocasio-Cortez.

“They don’t want me to talk about the abuses that are taking place here at Irwin,” said Yanira in the filing. “But I feel like I must speak out. I want to tell the world that the women here at [Irwin County Detention Center] are human beings. We are women, not animals.” 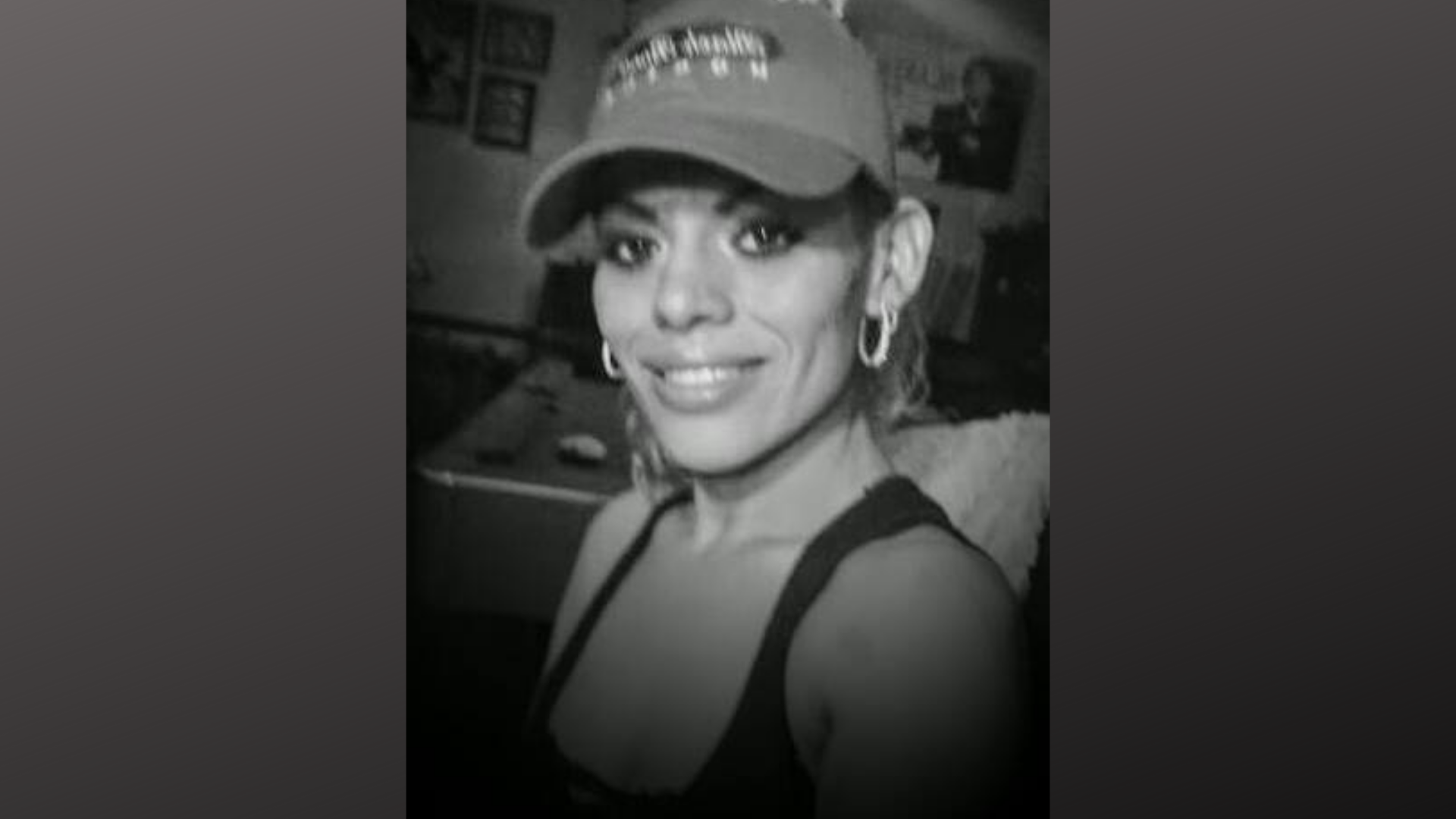 Honda workers in Swindon to face ‘reality check’ after it closes