A former San Francisco rookie police officer has been charged with the shooting of an unarmed black man in a historic decision that marks the first time the city’s district attorney’s office has prosecuted a member of law enforcement for homicide.

District Attorney Chesa Boudin, who ran on a progressive platform, said his decision to bring charges is emblematic of how he wants his administration to handle police officers who recklessly overstep the duties of the job.

“For too long, we have seen the failures of our legal system to hold police accountable for the violence committed against the members of the public they are entrusted to keep safe,” Boudin said in a statement shortly after announcing the charges on Monday. “In my administration, police officers are not above the law. Police officers are obligated to follow the law when using force—even when responding to serious crimes.”

On Dec. 1, 2017, then-Officer Samayoa, who had only been on the job four days, began to follow O’Neil in his patrol car with his partner. O’Neil was suspected of carjacking a California State Lottery minivan, according to the district attorney’s office. After stopping at a dead end, O’Neil jumped out of his vehicle and began to run on foot.

As he fled, O’Neil ran pas Samayoa’s police cruiser. Samayoa drew his weapon and shot O’Neil through the passenger side window, killing him, according to the District Attorney’s office. O’Neill was not armed, and his death was ruled a homicide.

Though Samayoa didn’t turn on his body camera until after the shooting, the incident was caught on camera as the device automatically keeps the most recent 30 seconds of footage captured before being powered on according o the DA.

O’Neil’s family filed a federal lawsuit against the San Francisco Police Department two weeks after the fatal shooting, according to San Francisco CBS affiliate KPIX-5. The TV station reported that Samayoa was fired from the department in March 2018 after a three-month-long investigation of the incident.

While Samayoa faces criminal charges over the killing of O’Neil, he still has support from the local union, the San Francisco Police Officers Association.

Association president Tony Montoya told the Associated Press that they will stand by Samayoa.

“We are committed to ensuring that Christopher and his family are supported during this difficult time and that he is accorded his due process rights and provided with a vigorous defense against these charges,” Montoya said.

Officer Samayoa is expected to turn himself in later this week, according to the DA’s office. He will be held on $1,000 bail. 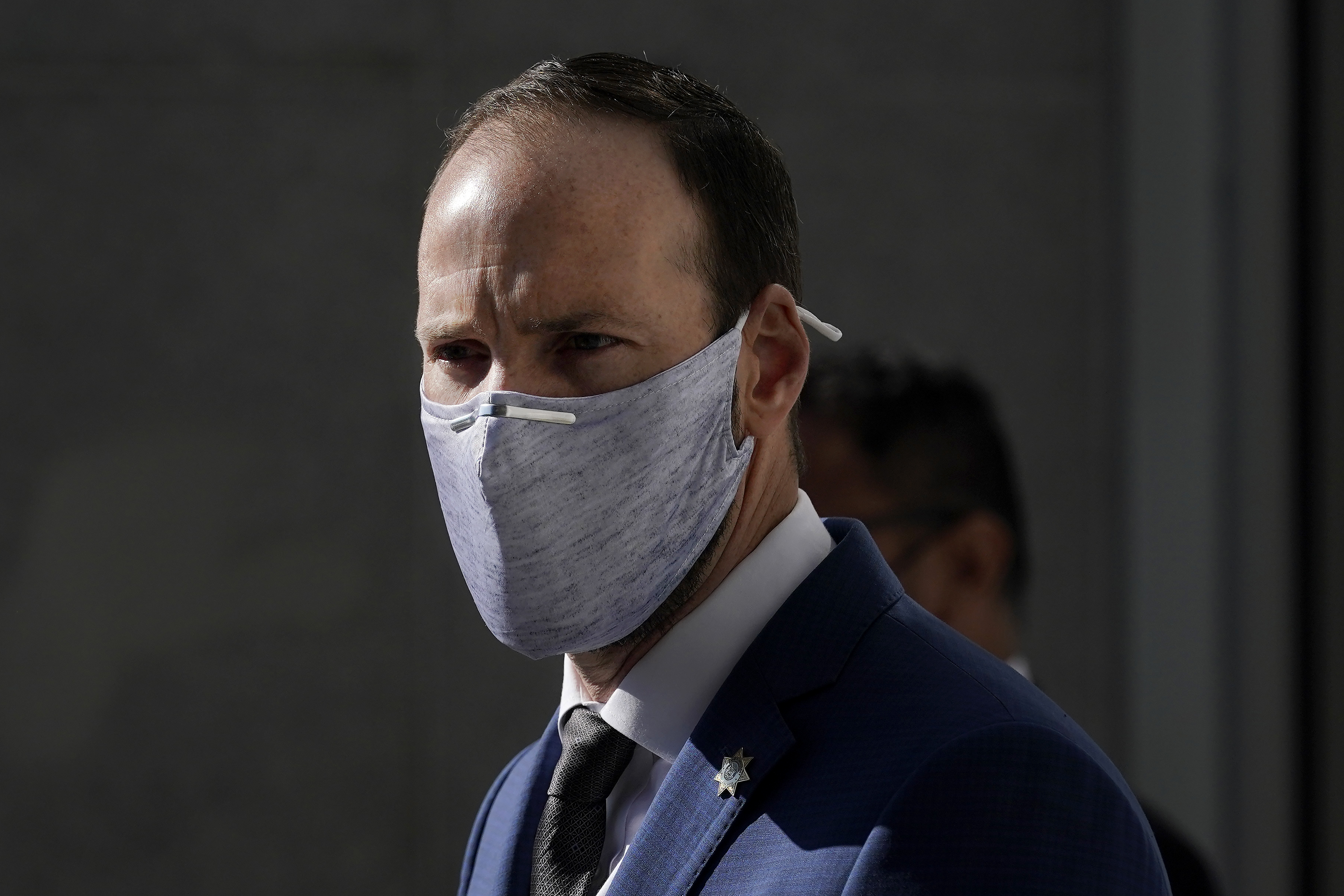