We now know why President Trump is totally fine with General Services Administration administrator Emily Murphy finally agreeing to allow the transition to a Biden administration to begin.

He doesn’t think it means he conceded.

The president wanted to make sure the rest of us knew that the obscure federal agency at the center of the transition “does not determine” the next president.

“Remember,” Trump tweeted Tuesday morning, “the [General Services Administration] has been terrific, and Emily Murphy has done a great job, but the GSA does not determine who the next President of the United States will be.”

Trump’s statement came just one day after Murphy, a Trump appointee and superfan, finally ascertained Biden as the winner of the presidential election. The long-delayed process means that funds and access to things like official COVID-19 statistics and response plans have finally been released to Biden so his team can officially begin the transition.

“In the best interest of our Country, I am recommending that Emily and her team do what needs to be done with regard to initial protocols, and have told my team to do the same,” Trump tweeted Monday.

Murphy, who waited three weeks to come to this conclusion, denied that the White House had any influence on her decision.

“Please know that I came to my decision independently, based on the law and available facts,” Murphy wrote in her letter to Biden. “I was never directly or indirectly pressured by any Executive Branch official—including those who work at the White House or GSA—with regard to the substance or timing of my decision.”

She also managed to write a whole letter without calling Biden, who won 306 electoral college votes and now has a more than 6 million popular vote margin, “president-elect.” Murphy did not respond to an email from VICE News last week requesting an interview, but did seem concerned about the fact we reached out via a personal email.

Trump has vowed to continue fighting the results of the election, but his avenues to overturning the outcome are quickly closing. The Trump campaign’s legal team, led by Rudy Giuliani, has been a miserable failure. And Michigan, Georgia, Arizona, and most recently Pennsylvania—all states flipped won by Trump in 2016 which flipped to Biden—have certified their results that declare the former vice president as the winner of their respective elections.

Wisconsin, the fifth state Biden flipped, is in the middle of a partial recount that’s extremely unlikely to change the results. Even if it did, it would have no bearing on the outcome.

Still, Trump has not called Biden to concede and shows no signs of doing so. Instead, he’s continuing to claim massive voter and electoral fraud, of which there has been zero evidence provided, and is bombarding supporters with fundraising emails. It’s so far unclear how much Trump has raised from supporters after the election, but the automate your posting-general election campaign finance report for all campaigns is due early next month.

In recent days, Trump advisors including Chief of Staff Mark Meadows have reportedly pushed him to allow the transition to begin, explaining that he didn’t have to say the word “concede” to do so, the New York Times reported.

Meadows, however, is also demanding that employees of the Office of the President receive his permission “to speak directly with a member of the Biden transition team or the federal transition coordinator,” according to a memo reviewed by Bloomberg.

Trump’s decision also came as an increasing number of GOP senators are breaking with him in recognizing that Biden had won the election.

“Since it seems apparent that Joe Biden will be the president-elect, my hope is that President Trump will take pride in his considerable accomplishments, put the country first and have a prompt and orderly transition to help the new administration succeed,” retiring Sen. Lamar Alexander of Tennessee said in a Monday statement. “When you are in public life, people remember the last thing you do.” 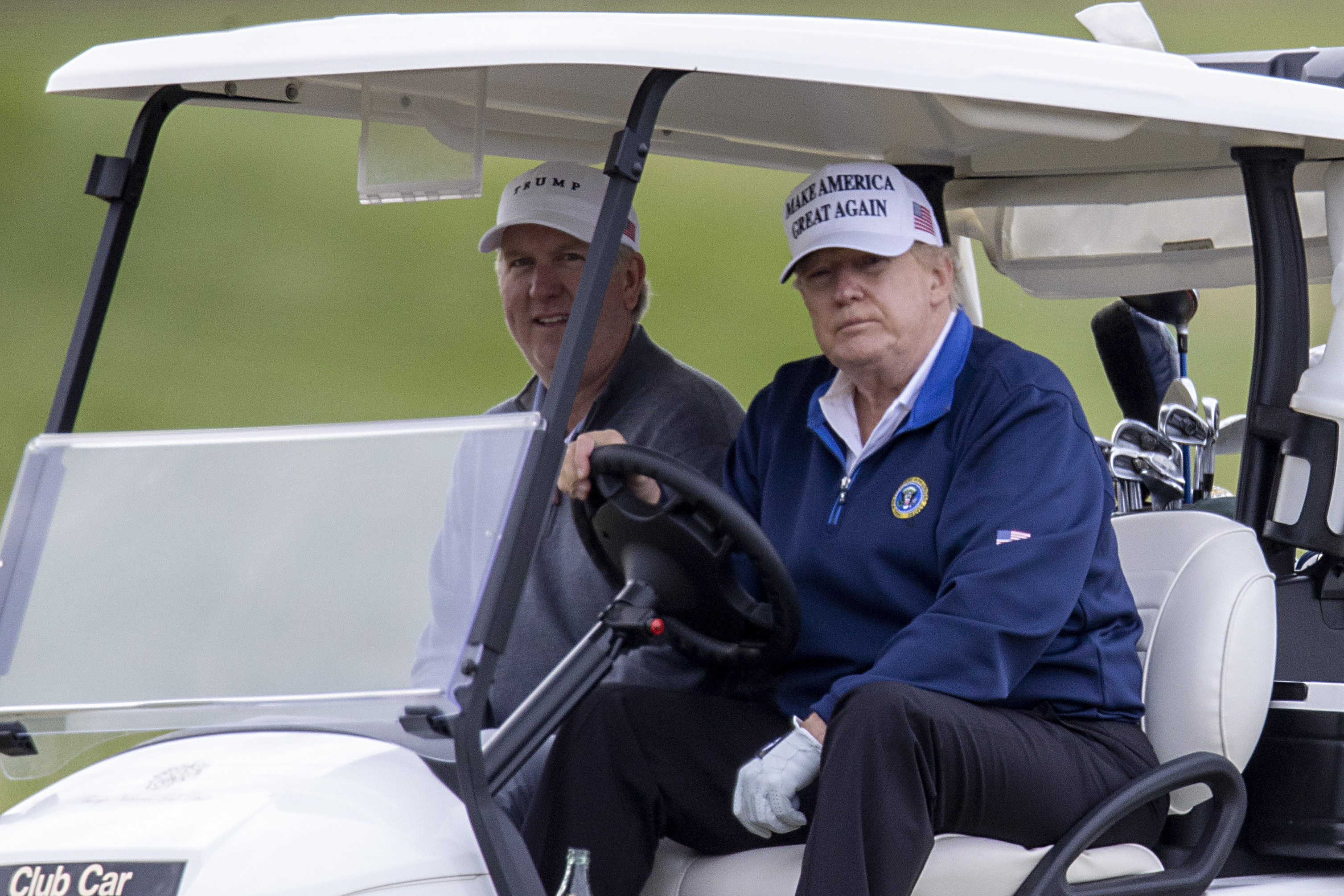