President Donald Trump walks out to speak in the Brady Briefing Room in the White House, Tuesday, Nov. 24, 2020, in Washington (AP Photo/Susan Walsh)

Lawyers Lin Wood and Sidney Powell have claimed that Biden’s win was the result of a conspiracy involving Republican Gov. Brian Kemp, Secretary of State Brad Raffensperger, the Venezuelan and Chinese governments, and Dominion voting systems. Earlier this week, followers of the QAnon conspiracy theory left a noose outside of a 20-year-old Dominion tech’s Georgia home.

But although plenty of prominent Republicans parroted Trump’s baseless allegations that the election was stolen in the immediate aftermath of Biden’s win, many are now rushing to discredit Wood and Powell in an effort to save the GOP’s Senate majority.

Wood and Powell have so far produced zero evidence to back up their claims and have largely been laughed out of court. After a hand recount, Georgia certified President-elect Joe Biden as the winner of its 16 electoral votes last month.

Undeterred, Powell and Wood held a Trumpesque rally in Georgia on Wednesday, where they denounced Kemp and told Trump supporters not to vote for GOP Sens. Kelly Loeffler and David Perdue in the runoffs election on Jan. 5.

“This is Georgia. We ain’t dumb,” Wood said at the rally. “We’re not going to go vote on January 5th on another machine made by China…if Kelly Loeffler wants your vote, if David Perdue wants your vote, they’ve got to earn it.”

Wood then called on Kemp to resign and also led a chant of “lock him up.”

Powell formerly worked with Trump lawyers Rudy Giuliani and Jenna Ellis on the president’s election legal team, before the campaign distanced itself from her last week. But although Trump has echoed Wood and Powell’s baseless election fraud claims, and has attacked Kemp and Raffensperger himself, the call for conservatives not to vote in next month’s elections is increasingly worrying Republicans given the stakes of the runoffs.

The Republicans currently have a 50-48 Senate majority heading into the next Congress. If Democrats Raphael Warnock and Jon Ossoff take both of the seats, they’ll have a technical majority with Vice President-elect Kamala Harris as the tiebreaking vote. If either Perdue or Loeffler keep their seats, Republicans will continue to control the Senate, as they’ve done since 2015.

Given the likely tight margins that will determine the winners, Georgia Republicans are apoplectic at the prospect that Wood and Powell’s theories could deflate Republican turnout.

“We’ve got to get a grip on ourselves, people,” former Georgia GOP chair Chuck Clay told NPR. “What we can’t have is this sense of just conspiratorial madness that I think certainly does the body politic harm and I don’t think [it] helps our candidates.”

On Wednesday, far-right website Breitbart published a hit job on Wood, pointing out he’s donated to Democrats in the past, including Perdue’s 2014 opponent. The article, which served to highlight the conspiracy theory that Powell and Wood are actually Democratic plants rather than people who are simply not smart, was tweeted out by the Trump campaign.

Responding to the piece, Wood said Breitbart was “lying to you.”

And though Trump himself hasn’t weighed in on Wood and Powell, Republican allies like former Speaker Newt Gingrich have joined in on denouncing the pair.

After becoming the first Republican presidential candidate to lose Georgia in nearly 30 years, Trump is set to visit the state on Saturday to rally support for Loeffler and Perdue. Republicans are openly worried about whether he’ll stay on message.

“Runoffs are base turnout elections and no one turns out the base better than Trump. We welcome him for that dynamic,” Georgia GOP strategist Chip Lake told VICE News earlier this week. “But the question everyone is talking about is, what is he going to say?” 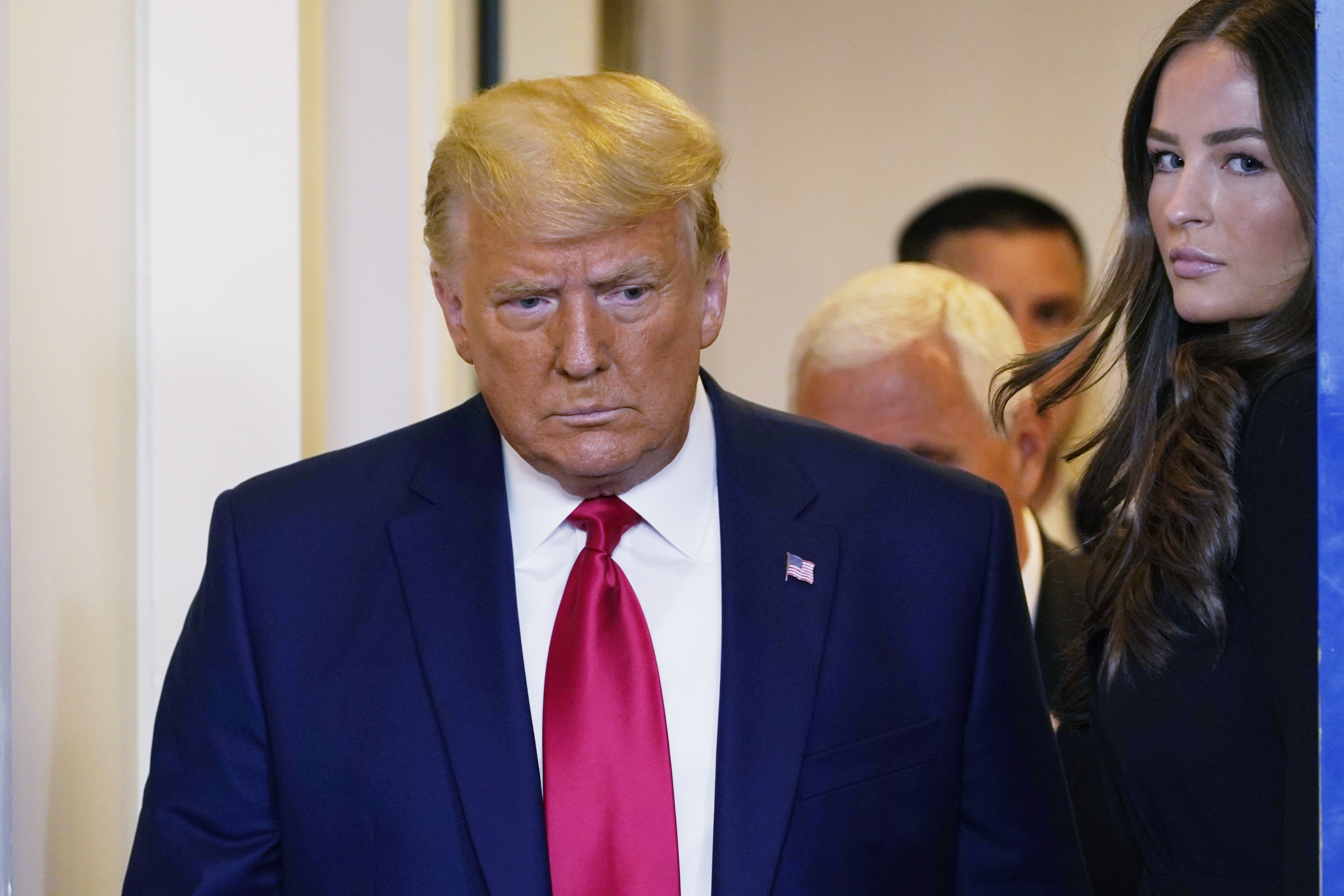