A former DJ-turned-founder of an all-Black armed activist group is facing federal charges for allegedly pointing a rifle at law enforcement officers during a protest in September.

John Fitzgerald Johnson, known to many as the influential producer and rapper “Grand Master Jay,” was arrested at his home and charged by federal agents Thursday, according to the Department of Justice. The 57-year-old National Guard and Army veteran is accused of pointing his gun at law enforcement officers who were deployed on rooftops at a September protest in Louisville, Kentucky.

Johnson is the founder of the “Not Fucking Around Coalition” (NFAC), a paramilitary group focused on the protection and eventual liberation of Black Americans. Over the summer, he gained notoriety for leading protests of hundreds of armed Black men and women in Kentucky and Georgia.

A federal complaint filed against him alleges Johnson pointed an AR platform rifle and “forcibly assaulted, resisted, opposed, impeded, intimidated and interfered federally deputized task force officers while they were engaged in or on account of the performance of official duties.”

The alleged incident occurred during an NFAC rally at Jefferson Square Park on Sept. 4, held in honor of Breonna Taylor, according to the complaint.

Three members of the Louisville Metro Police Department and two federal officers were deployed to the roof of the nearby Jefferson County Grand Jury Building to keep an eye on the rally. Three officers were allegedly blinded by a light which they determined “was a flashlight mounted to the rifle being aimed at them by Johnson,” according to the federal complaint. The officers identified the man with the rifle as Johnson and were concerned that he would either intentionally or accidentally fire on them.

Screenshots of surveillance video showing Johnson aiming his weapon skyward are included in the complaint.

“The FBI respects the rights of individuals to peacefully exercise their First Amendment rights,” FBI Louisville Division agent Robert Brown said in a press release. “Accordingly, we are committed to investigating violent behavior and those who are exploiting legitimate, peaceful protests and engaging in violations of federal law.”

Johnson faces up to 20 years in federal prison if found guilty of pointing his gun in the direction of the officers, according to the Department of Justice. The charges are part of the Justice Department’s new Task Force dedicated to identifying groups that incite violence in the name of what it calls “anti-government ideology.”

In October, Johnson told VICE News that the NFAC had been founded in 2017 following the white supremacist rally in Charlottesville. He said that the group hoped to eventually be instrumental in forming a self-sustaining “ethnostate” of Black Americans.

“NFAC would be the backbone and framework of the military of that country,” Johnson told VICE News at the time.

Since its inception, the NFAC has held rallies in Stone Mountain, Georgia, and Louisville, Kentucky, to demand justice for the police killing of Breonna Taylor in her Louisville apartment, as well as Ahmaud Arbery, who was murdered while jogging in his own neighborhood by two white men with ties to law enforcement.

The NFAC rallies were well attended, with one in Louisville attracting around 3,000 people, many of whom were armed. 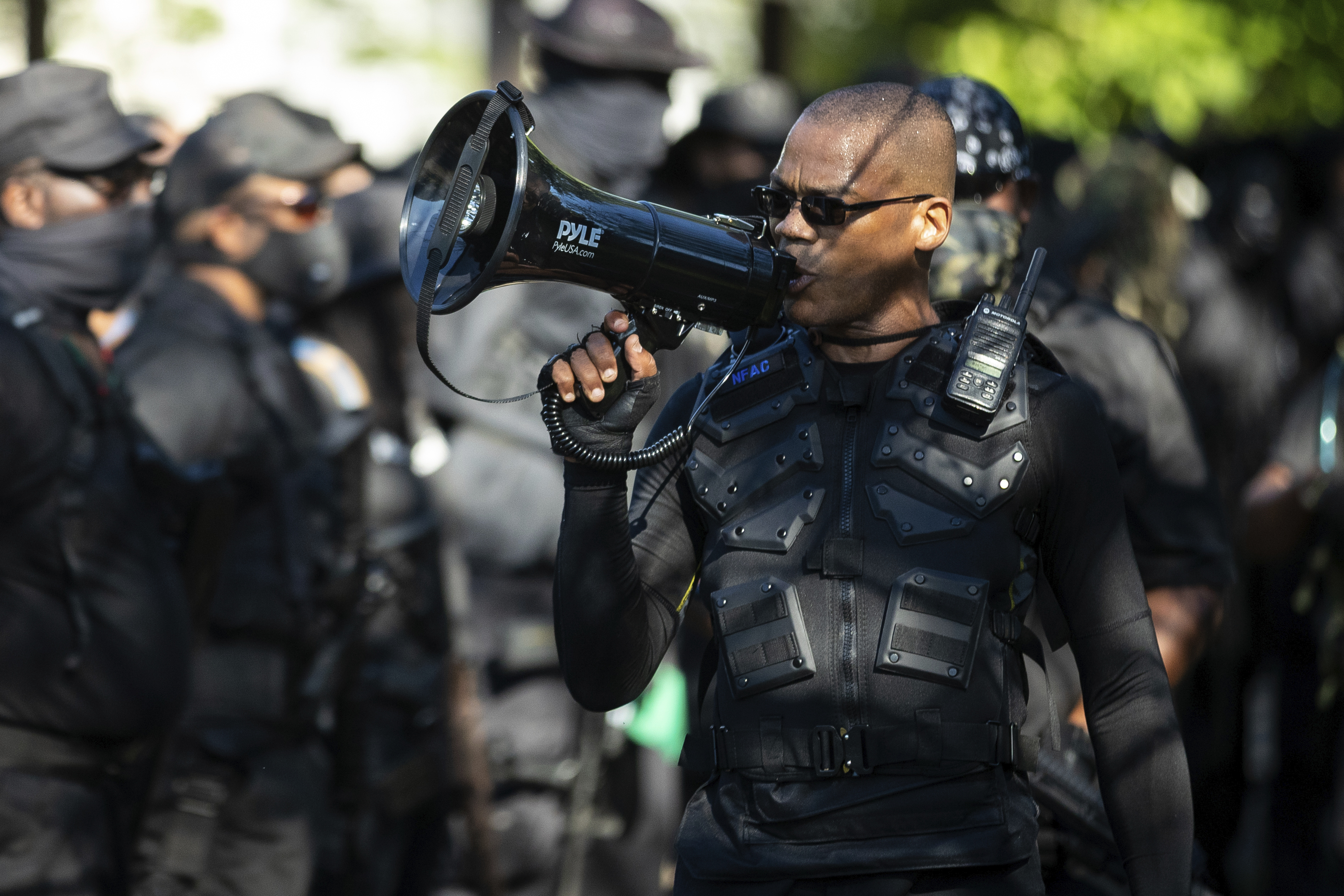 Weddings on hold again after ‘confusion’ over rules