A waitress is wearing a protective face mask during coronavirus pandemic. Krakow, Poland on October 9, 2020.  (Photo by Beata Zawrzel/NurPhoto via Getty Images)

Restaurant workers have lost shifts and wages thanks to the pandemic, but now they’re also facing sexual harassment that actively puts them in danger.

Female servers and workers surveyed by the advocacy group One Fair Wage reported that customers had asked them to take off their masks, putting them at risk for contracting COVID, in order to judge whether they were worthy of a tip. Comments included “Pull that mask down so I can see if I want to take you home later,” and “Take off your mask so I can stick my tongue down your throat,” according to One Fair Wage.

More than 40 percent of restaurant workers in the survey, which covered the months of October and November, said they’d seen a “noticeable” change in unwanted sexual comments from customers during the COVID-19 pandemic, while a quarter of the 1,675 workers surveyed reported a “significant change” in sexual harassment. In New York, 65 percent of women who responded said they had seen a change in unwanted sexual comments.

“I think the most horrific thing that honestly all of us who are involved in the study were all blown away by, was the huge increase in hostility and sexual harassment,” Jayaraman told NPR Sunday.

Jayaraman told NPR that the tipping system as it currently exists forces women in the service industry to balance these requests with being able to pay their bills. Customers are asking workers to “subject herself to the virus and the possibility of death — for the sexual pleasure of customers, all because she doesn’t get paid a minimum wage,” she told NPR.

Customers requesting workers to take off their masks is particularly dangerous in the restaurant industry, because indoor dining at bars and restaurants has been linked to increases in coronavirus cases around the country. Ten percent of workers who responded to One Fair Wage’s survey had contracted COVID-19 themselves and nearly half said they worked at a place where at least one coworker had been sick. Eight-four percent reported that they were within six feet of an unmasked person at least once per shift.

The uptick in both harassment and risk of coronavirus exposure has not translated to better pay; in fact, it’s the opposite. More than four out of every restaurant worker surveyed said their tips had significantly decreased during the pandemic, and two-thirds said their tips had decreased by at least 50 percent.

Currently in about 43 states, tipped workers are paid a federal minimum wage of $2.13 per hour, as opposed to $7.25 for all other workers. One Fair Wage is advocating for restaurants to pay full minimum wage with tips on top rather than a tipped wage, a reform which it says “would reduce [workers’] dependence on tips and thus their vulnerability to harassment.” 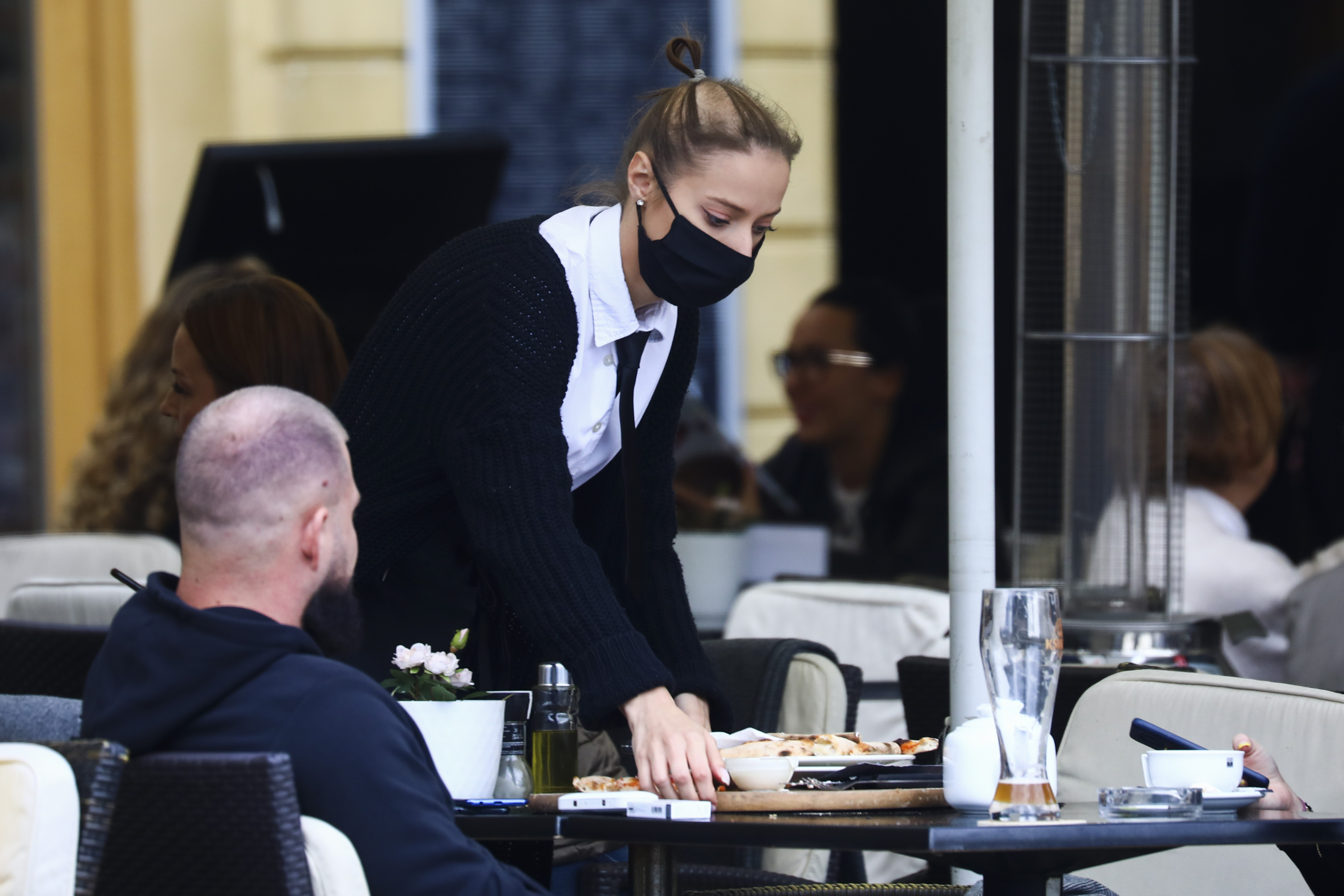