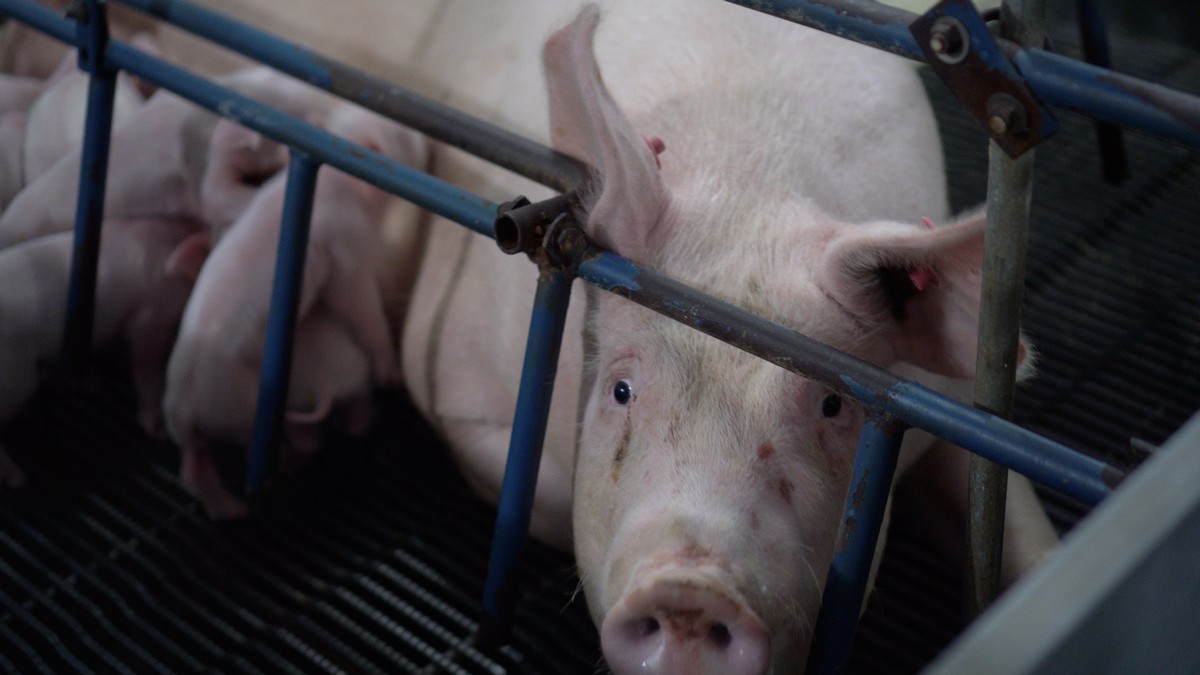 In the dead of night, four animal rights activists prepare to break into an industrial-scale pig farm in central California. They write lawyers’ phone numbers on their bodies with a Sharpie, their cell phones are locked away in signal-blocking cases to protect them from being tracked. After a 30-minute trek through almond groves under moonlight, they arrive at the pigpens and take out their gear: hazmat suits, N95 masks, flashlights.

They’re here to collect nasal and fecal samples to find the source of the next potential global pandemic.

These activists are part of Direct Action Everywhere, or DxE, a global grassroots network fighting for animal rights with some pretty intense tactics. The group gained notoriety for breaking into America’s industrial farms and publishing graphic footage of animal cruelty online, but the coronavirus pandemic has given them a whole new cause.

Now, rather than just filming conditions in farms, they’re testing the animals for signs of the next zoonotic virus—viruses like COVID-19, H1N1, the bird flu, and others that jump from animals to humans, and which have killed more than 2 million people around the globe since 1991.

“The reality is the fact that these places, these unnecessary disease factories are existing; that is where the risk comes from,” Lewis Bernier, the team’s leader, told VICE News. “We have been warning about the threat of pathogens from animal agriculture, and from pig farms especially, for many years now.”

Industrial-scale farming is a system of agriculture that produces low-cost, uniformly-packaged foods, like pork—the kind you see in most supermarkets across the country. The highly efficient and lucrative system originated in the United States but is now used worldwide. But this infrastructure is also a near-perfect breeding ground for novel viruses, of which at least 60 percent are zoonotic.

“If I wanted to design a means to select for the most dangerous pathogens imaginable, I would probably do it along the lines of how hog farms are actually operated now,” said Robert Wallace, author of “Dead Epidemiologists: On the Origins of COVID-19” and “Big Farms Make Big Flu: Dispatches on Influenza, Agribusiness, and the Nature of Science.” “If you have several thousand hogs packed in together and they’re all genetically largely the same, that selects for the most virulent pathogens that are possible.”

It’s happened before: In the late 1990s, chicken coops in East Asia and Southeast Asia fostered the evolution of the bird flu, which still infects humans to this day. In 2009, H1N1, or the swine flu, was traced back to a factory farm in North Carolina. The bug is estimated to have killed up to half a million people worldwide. And according to Wallace, there are at least a dozen more emergent and re-emergent farm and foodborne pathogens circulating around the world.

Wallace argues that the industrial farming model, which puts genetically similar livestock into tight quarters, is the perfect habitat for viruses to evolve, mutate, and multiply. And pigs, which can catch and pass viruses from birds and humans, pose an especially daunting risk to America’s meat supply.

“As we continue to grow out at this scale, we only increase the likelihood that such an event [a pandemic] will happen,” Wallace said.

Much like other parts of America’s agribusiness, the $23.4 billion pork industry is growing and consolidating at a staggering rate. Since 1980, the number of U.S. hog farms has dropped by nearly 90 percent, while the total number of hogs has increased by more than 50 percent since 1997.

As pig farms have gotten bigger, recent successive administrations have rolled back regulations and safeguards designed to help prevent viruses from emerging. In 2019 alone, under the Trump administration, at least four major rules were proposed or finalized–the Meat and Poultry Labeling rule, the Uninspected Inedible Meat Products rule, the Livestock Carcass Labeling rule, and the Hog Carcass Cleaning rule.

“The public health situation went down quite a lot when the Trump administration came in,” said Dr. Pat Basu, the former chief veterinarian for the USDA Food Safety and Inspection Service, who left the USDA soon after in protest.

Then, in late 2019, the United States Department of Agriculture approved the New Swine Slaughter Inspection System—a voluntary program that would effectively shift the responsibility of physically checking and sorting meat from USDA-qualified inspectors to plant workers, whose training would be at the discretion of plant owners. The USDA claimed that the new process would save the industry almost $8.7 million a year.

If plant workers caught a bad hog carcass, they could flag that to federal inspectors, who would still be in plants but just on a lesser scale. The new rule would also lift the maximum cap on line speeds, or how quickly meat was processed. The combination of faster-moving lines and less-trained workers sorting bad meat alarmed consumer advocates and food safety groups.

“Their goal was to reduce 40 percent of the inspection force,” Dr. Basu said. “I was afraid of the FSIS [Food Safety Inspection Service] handing over the inspection—the laws that govern it, mandate it—to the industry. And I thought that was a disaster waiting to happen.”

But representatives from America’s largest pork lobbying group, the National Pig Producers Council (NPPC), believe that the new changes all stand to improve the industry.

“I think the intent of the new swine inspection system is really not less people but using the people that you have in a smarter, better way to tasks that they’ve identified that really have big food safety impacts,” said Dr. Dan Kovich, veterinarian and the NPPC’s director of Science and Technology. “There’s virtually no other food that’s under continuous inspection like meat and poultry is.”

Back in California, the DxE activists took nasal swabs and fecal samples from five hogs and mailed them to a laboratory at UCDavis. Days later, the lab results came back. They showed traces of Proteus bacteria as well as E-coli, but nothing akin to a viral pathogen that could be the cause of the next pandemic. For Lewis, this didn’t come as much of a surprise. In previous raids, he said he found more-concerning pathogens, like Porcine Deltacoronavirus and antibiotic-resistant bacteria.

“So this really is a tiny sample size,” Lewis told us. “Negative results are not a pass. It doesn’t let us know that this is not happening there. And especially because, we, as private individuals, only have the resources to test for a few diseases every time we run these samples.”

When asked if this was all worth it––the raids, the legal risks, the testing, the lackluster results––Lewis was quick to answer.

“I think it is worth it to do the testing, because when we find results, it’s even more damning because our sample sizes are so small. But I also think that this is not a solution. I do not think that me and my four person team going into these facilities is going to prevent the next pandemic. The only way to do that is to shut down the system of industrial animal agriculture.” 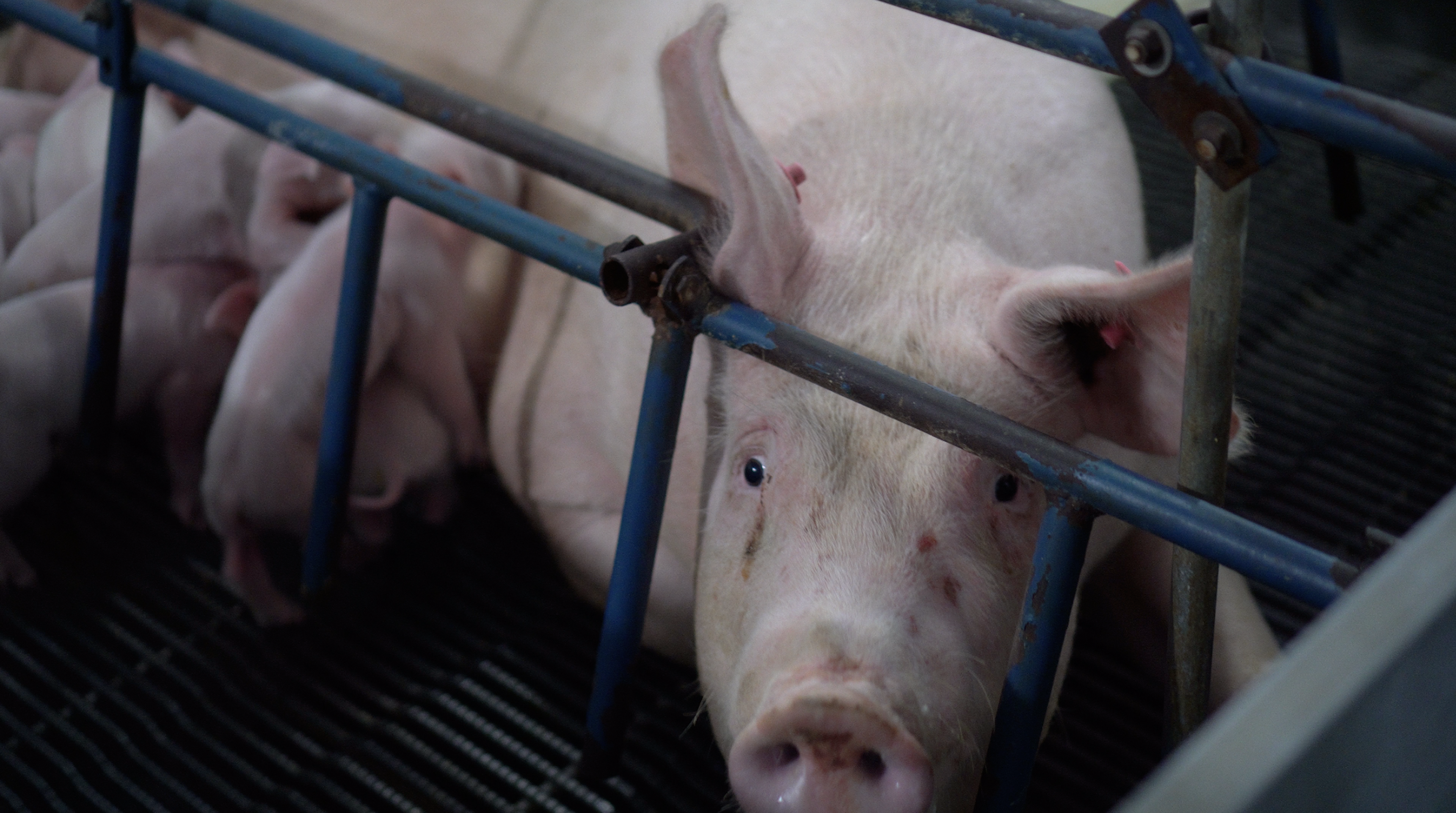 Cladding: Safety improvement costs ‘are taking over our lives’

How to find quality online casinos in Australia