The Food and Drug Administration will grant emergency approval for Pfizer and BioNTech’s  coronavirus vaccine, and vaccinations will begin next week, Health and Human Services Secretary Alex Azar said Friday.

“Just a little bit ago the FDA informed Pfizer they do intend to proceed towards an authorization for their vaccine, so [the FDA will authorize it] in the next couple of days probably,” Azar said in an appearance on Good Morning America. “We will work with Pfizer to get that shipped out, so we could be seeing people getting vaccinated Monday, Tuesday of next week.”

After Azar’s appearance, President Donald Trump complained about the bureaucracy of the FDA, calling it a “big, old, slow turtle.” The FDA is set to approve the fastest-developed vaccine in history in record time, a process that usually takes at least several years. “Get the dam vaccines out NOW, Dr. Hahn,” Trump tweeted at FDA commissioner Dr. Stephen Hahn, whom he appointed to the role last year. “Stop playing games and start saving lives!!!”

On Thursday, an independent immunizations advisory panel recommended that the FDA grant emergency authorization for Pfizer’s vaccine to people 16 and older. The committee voted 17-4 in favor, with one member abstaining.

The vaccine provides about 52 percent efficacy in protecting against coronavirus after the first dose, 90 percent efficacy up to seven days after receiving the second shot, and 95 percent efficacy thereafter, according to documents released by the FDA. Another vaccine manufactured by drugmaker Moderna is also under consideration for an emergency use authorization, and could be approved later this month.

Both company’s vaccines require two shots. Operation Warp Speed chief operating officer Gen. Gustave Perna told reporters Thursday that after the FDA approves Pfizer’s vaccine, nearly three million vaccine doses will be shipped in the first week and another 2.9 million doses will be shipped later as the second required shot for the first cohort of recipients. Another 500,000 will be held in reserve, according to the New York Times.

Pfizer is under contract with the U.S. to provide 100 million doses—enough to vaccinate only 50 million Americans—with an option to buy more. In July, the company gave the federal government a chance to lock in an extra 100 million doses, but the Trump administration passed, the New York Times reported this week. Pfizer has reportedly told U.S. officials that it can’t provide another round of doses until June at the earliest, according to the Washington Post, but administration officials have downplayed concerns that there will be a shortage of doses.

A CDC advisory panel recommended earlier this month that the first people to receive the vaccine should be healthcare workers and residents of nursing homes. More than 100,000 residents and workers at long-term care facilities in the U.S. have died from COVID-19, or nearly 40 percent of all deaths from COVID-19 so far, a report released by the AARP said this week. 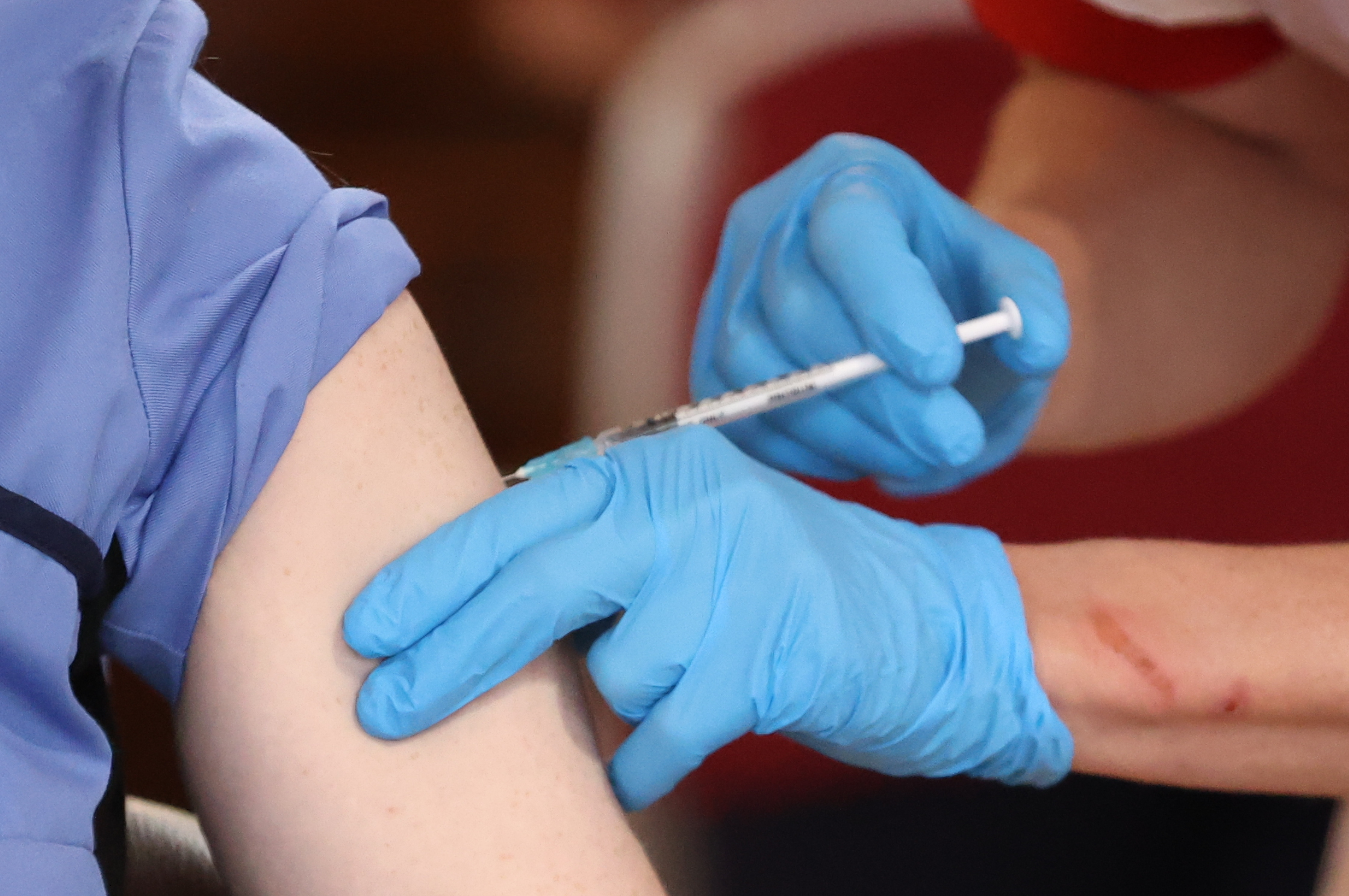 OECD: Lockdowns here to stay, even with vaccine plan