A member of the Proug Boys poses for a photo on The Mall on December 12, 2020 in Washington DC. Backers continue to support the President’s unproven claims of massive voter fraud and electoral irregularities. (Sipa via AP Images)

Monday’s electoral college vote, which will affirm President-Elect Joe Biden’s victory in the 2020 election, ought to be the final nail in the coffin for Donald Trump’s attempts to cling to power—and the #StopTheSteal movement that’s galvanized his most ardent supporters.

But the election’s losers—including fringe conspiracy theorists, armed extremists, the pro-Trump GOP, and the president himself—don’t seem to have any plans to throw in the towel.

On Monday, far-right internet forums were awash with bellicose rhetoric about civil war and armed resistance.

“We have to pray that Trump does NOT concede under any circumstances after Monday’s faux electors convene,” one user wrote on MyMilitia, an online organizing hub for anti-government extremists. “When the time comes and the call goes put (sic), we must assemble en masse & armed, and refuse to move after our case is heard.”

One of the top posts on TheDonald, a pro-Trump message board, outright called for killing people in response to the election. Moderators even pinned the message to the top of the board.

The ongoing rejection of political norms and protocol, plus the continued ideological symbiosis between mainstream GOP and fringe extremists, sows fertile ground for violence, according to experts. GOP elected officials are giving an air of legitimacy to a conspiracy movement that started on the fringes, which in turn emboldens the fringe.

“When overly divisive and violent political rhetoric travels in a feedback loop that includes the president and a chain of his prominent supporters, it routinely ends up correlating to increases in political violence and related hate crimes,” said Brian Levin, who heads the Center for the Study of Hate and Extremism at California State University, San Bernardino. “We’ve seen a disturbing precursor here with Stop The Steal.”

“We are urging caution for authorities now with respect to the rising invective we’ve seen online,” Levin added.

Michigan State Sen. Gary Eisen, a Republican, hinted in an interview with a local radio station on Monday that the state GOP was planning some kind of interference with electors casting their ballots. Asked whether he could promise that it would be a safe day in Lansing, where the state capitol is located, Eisen replied “No.” (Michigan’s House, which is controlled by the GOP, later stripped Eisen of committee assignments as a form of punishment.)

Earlier the same day, Michigan state officials, citing “credible threats of violence,” closed all legislative offices. Michigan, which was among the key swing states that Trump lost, has seen a surge in far-right paramilitary activity this year.

And in Arizona, also a key swing state that Trump lost, Electoral College members voted in an undisclosed location due to threats. “We have seen increasingly escalating rhetoric and threats throughout the week and decided to move this for the safety of everyone involved,” Arizona’s Secretary of State Katie Hobbs told CNN.

“When overly divisive and violent political rhetoric travels in a feedback loop that includes the president and a chain of his prominent supporters, it routinely ends up correlating to increases in political violence and related hate crimes.”

Monday’s vote came on the heels of a particularly violent weekend in the U.S. Pro-Trump and anti-Trump protesters clashed in at least four cities. In Washington D.C., four people were stabbed. Members of the Proud Boys, a far-right street-fighting gang, marauded around the city at night, tearing down Black Lives Matter signs from historically Black churches and burning them. In Olympia, Washington, one person was shot at a tense rally. At least one anti-Trump protester was beaten and bloodied in Atlanta, Georgia.

“We have seen this movie, time and time again,” Levin said. “Our latest analysis from the Center for the Study of Hate & Extremism at Cal State and West Virginia University found that last year, for example the worst days for hate crime were directly tied to political conflicts emanating from the White House.”

The weekend’s events as well as the fears of violence surrounding Monday’s vote also aligned with some of the grim predictions laid out in a report published last week by the the Armed Conflict Location and Event Data Project (ACLED) about the future of the Stop the Steal movement. ACLED, which maps armed conflicts around the world, started tracking unrest in the U.S. for the first time this year. Their report outlined four potential trajectories for violence in the period leading up to Inauguration Day, all of which involved different types of far-right mobilizations. At least two scenarios they outlined unfolded over the weekend: in Washington, D.C., when unarmed far-right protesters brawled with counterprotesters, and in Olympia, when tensions at a protest resulted in one armed protester opening fire.

The ACLED also warns about future violence that could erupt: like a protest in Michigan, a hub for paramilitary activity, which could escalate to “multiple active shooters” (which, the reports adds, is the least-likely of the scenarios). The report also raises concerns about the possibility of lone-wolf violence somewhere like Portland, Oregon, which has been a flashpoint for ideological tensions, especially in the last year.

But ACLED notes that the risk of political violence will also depend on the “efficacy of peacebuilding and violence mitigation efforts aimed at reducing polarization, fighting disinformation, and bridging partisan divides.”

So far, Trump and his allies have done nothing to that effect—in some cases, they’ve drawn even starker battlelines, which in turn fuel fringe civil war fantasies. For example, late last week, Chairman of the Texas Republican Party Allen West floated the idea of secession after the Lone Star State’s failed attempt to get the Supreme Court to overturn the results of the election fell flat. Republicans and Democrats alike widely criticized West, but at least one member of his party, Arizona GOP Chairwoman Kelli Ward, expressed solidarity with him online.

On Monday, White House advisor Stephen Miller announced on Fox News that “alternate electors” in five contested states would declare Trump the true winner of the election. That doesn’t carry any legal weight but suggests that the president’s allies are happy to continue weaving together lies, to maintain the alternate reality that people say they’re willing to fight for. 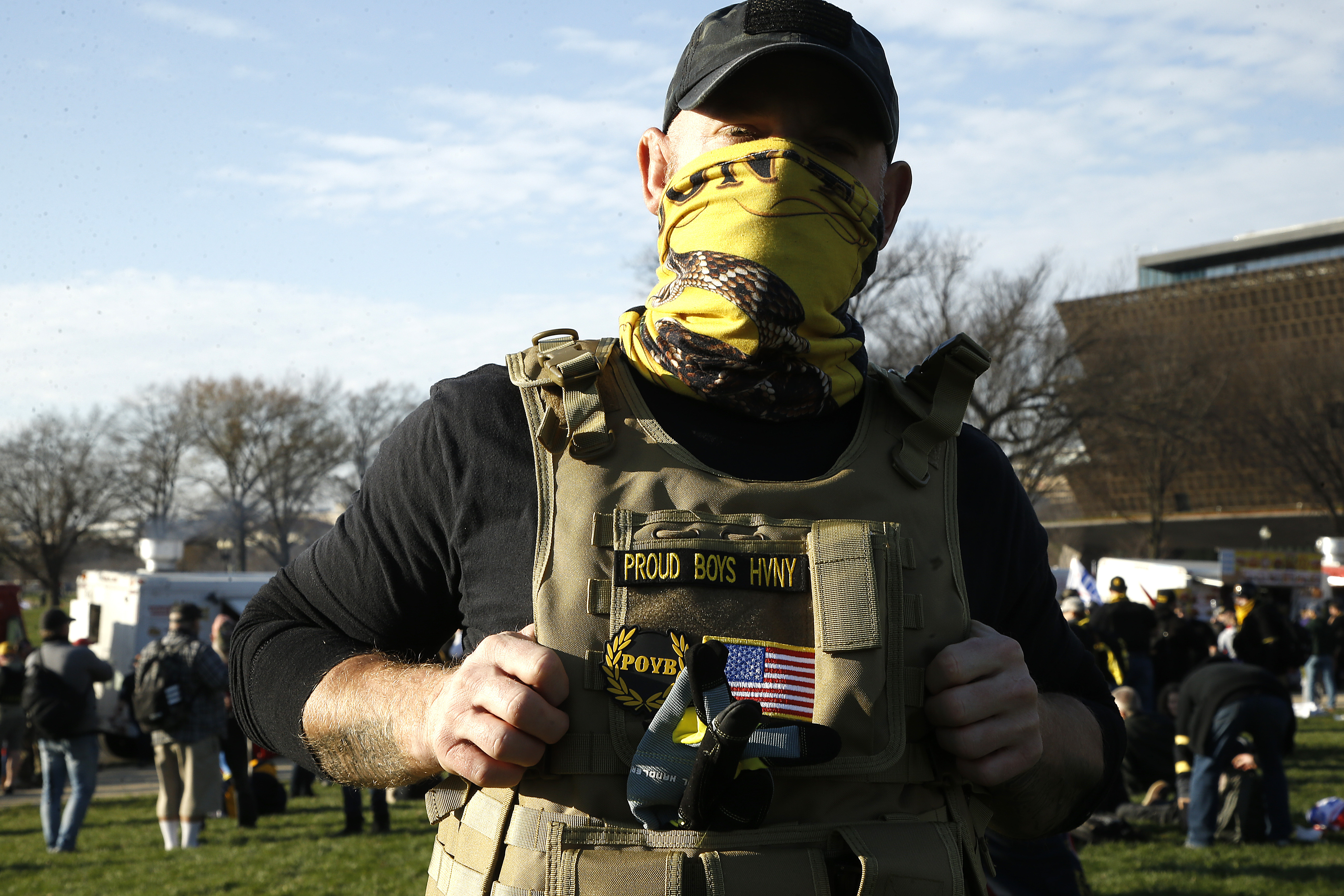