Anti-vaxxers have flooded social media with posts about how to “refuse” a COVID-19 vaccine, part of a widespread campaign to spread misinformation about the vaccine’s development and its effects.

The posts are being shared by people who falsely believe that governments and other health agencies will make taking the vaccine mandatory — a claim that has already been debunked.

While some versions of these posts have been floating around social media for months, their prevalence has ramped up significantly since COVID-19 vaccines began being dispensed in the U.K. and the U.S.

They begin by warning people that they should not outright refuse the vaccine, “otherwise you will be considered belligerent. Instead, you can politely decline the service.”

To decline the vaccine, the posts recommend two methods. First, it says people should ask: “Does the vaccine have MRC-5 in it? (THEY ALL DO).”

MRC-5 is a cell-line originally taken from the lung tissue of an aborted human fetus in the 1960s, but it wasn’t used in the development or production of the COVID-19 vaccines. Instead, pharmaceutical companies uses a different cell-line — called HEK-293 and originally cultivated from an aborted fetus in the Netherlands in 1973 — during the vaccine’s development, but those cells are not contained in the final product.

If that doesn’t work, the anti-vaxxers suggest people should ask: “Is there a possibility of an “IATROGENIC REACTION?”

This refers to an adverse reaction caused by any number of drugs, including paracetamol. Health care professionals administering the vaccine typically assess the risk involved in each case based on medical history and any adverse reactions a patient might have to other medicine.

For example, in the U.K. the regulator has told people who have a history of severe reactions to vaccines that they should not take the COVID-19 vaccine for now.

This came about after two National Health Services employees, both with a history of severe allergies, had bad reactions after receiving the new Pfizer and BioNTech vaccine.

The posts trying to persuade people to decline the vaccine are also implying, falsely, that governments are about to make the vaccine mandatory for all citizens. But there is no indication, in the U.S. or elsewhere, that this will happen. In fact, the World Health Organization said last week that making vaccines mandatory was not the right approach, pointing out that such tactics have backfired in the past.

“I don’t think that mandates are the direction to go in here, especially for these vaccines,” Kate O’Brien, director of the WHO’s immunization department, told a virtual news conference.

“It is a much better position to actually encourage and facilitate vaccination without those kinds of requirements. I don’t think we envision any countries creating a mandate for vaccination.”

In an anti-vaxx video posted on Thursday, musician Nino Brown, who has over 1.6 million followers on Facebook and 1 million on Instagram, urged his followers to refuse the vaccine, citing the same misinformation as the other posts that Facebook deleted.

Brown’s video was viewed 60,000 times on Facebook and 57,000 times on Instagram. The company took it down after VICE News brought it to their attention.

Facebook and Instagram had flagged some of these posts as misinformation and placed others behind warning labels so users have to click through to see the contents, but some misinformation still got through — though all posts flagged by VICE News have now also been removed.

The posts are also being shared widely on Twitter, and so far that company has taken no action.

When asked about the posts, a Twitter spokesperson simply pointed VICE News to its announcement earlier this week about its updated COVID-19 misinformation policy that has been expanded to cover claims around the vaccine.

Those new policies however won’t come into effect until at least next week, and labeling of misleading posts won’t begin until next year.

While it is unclear where these anti-COVID vaccine posts first originated, one version of the message contains a link to a Facebook page for a company called Holistology, which says it wants to “use every available resource to promote healing of the body, the mind and the emotions through education and community.”

The company is also trying to monetize this misinformation, selling people a two-sided “durable plastic” card with six steps on how to decline the vaccine printed on them, for $6.

In a automate your posting on the company’s Facebook page on Thursday, the company urged its 1,500 followers to help boost the product and its messages because “HOW TO LEGALLY DECLINE A VACCINE is now blocked from advertising on Facebook, YouTube, Instagram, and Google.”

The company did not respond to a request for comment about the misleading information contained on the card. 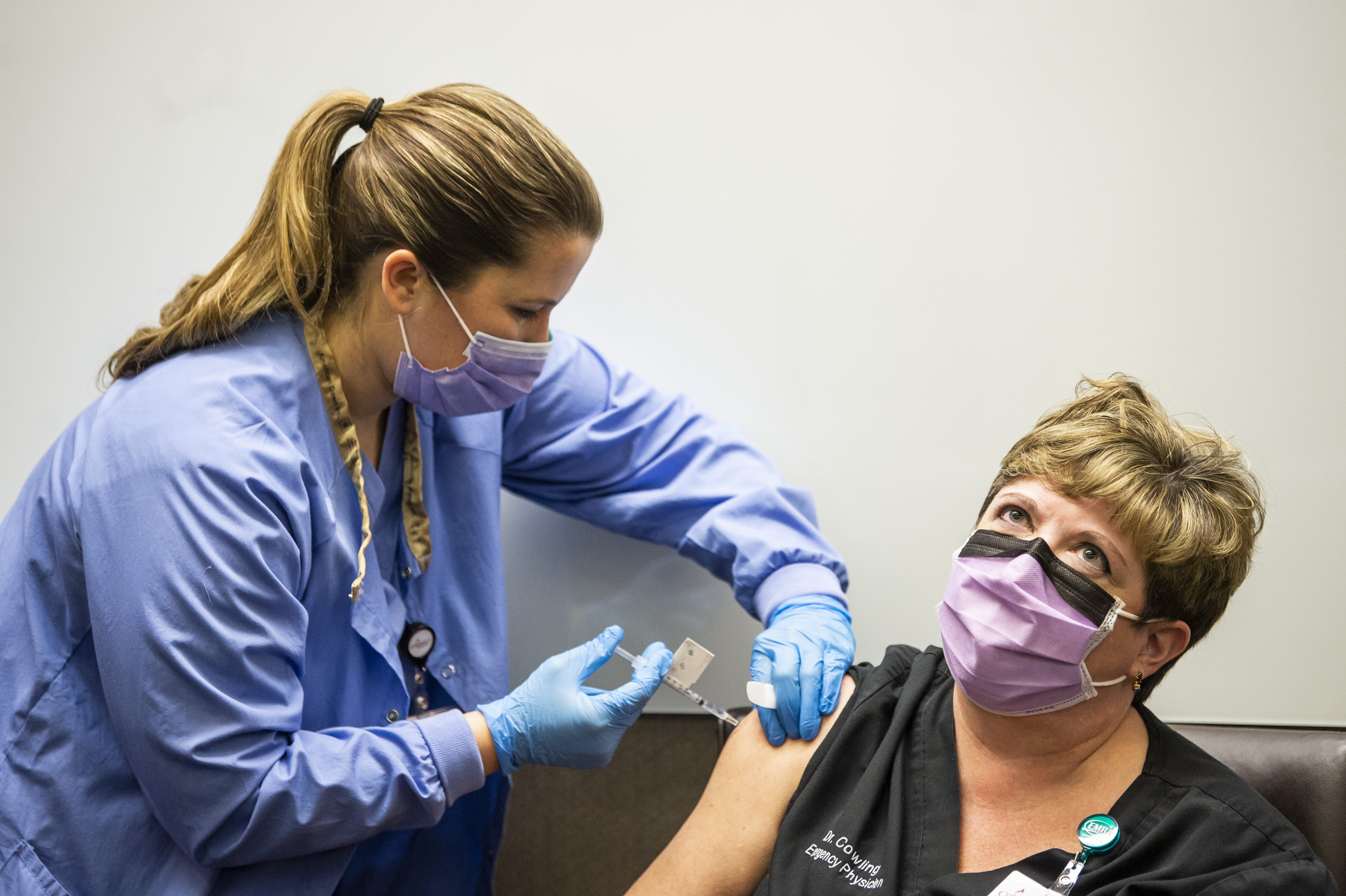 California GOP Admits to Planting Fake Ballot Boxes, And Refuses to Remove Them