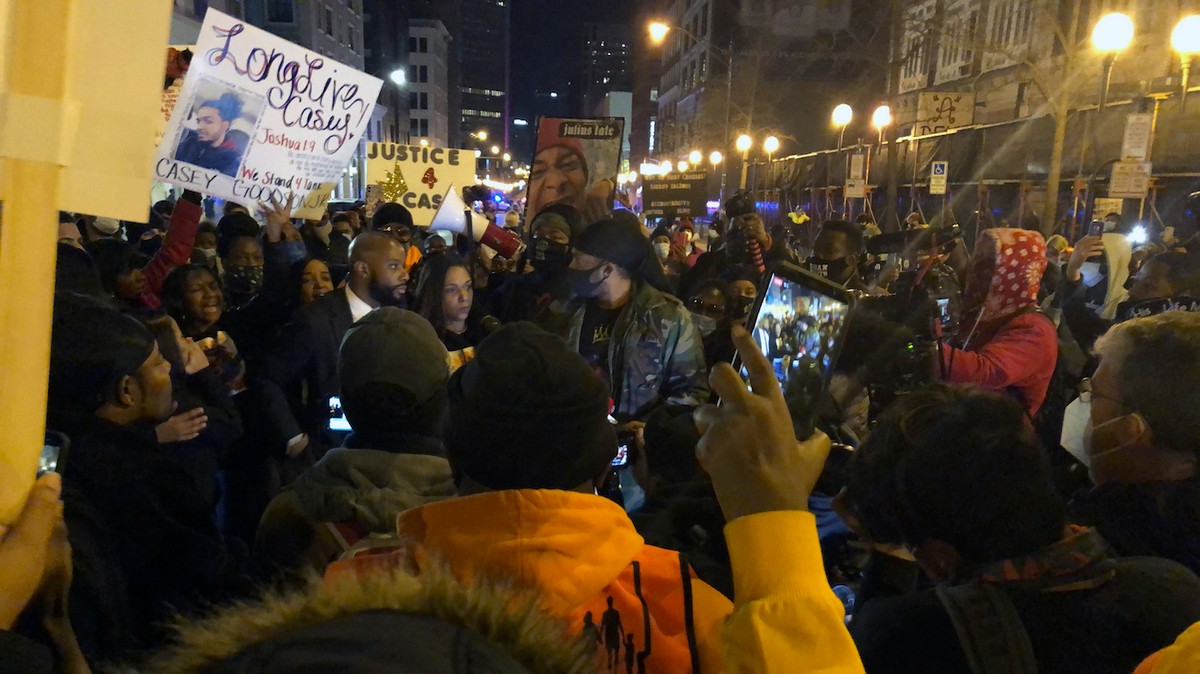 A Columbus police officer shot and killed a Black man early Tuesday morning, but failed to activate their body-worn camera until immediately after the shooting—prompting outrage from community members and city officials.

The little bit of body camera footage that does exist, thanks to a function that captures a short “look back” once the camera is turned on, shows that the man had “walked toward the officer with a cell phone in his left hand,” while his right hand wasn’t visible, according to a statement from Columbus police.

Two officers were present at the time, according to NBC News. Neither activated their body cameras until right after one of the cops shot the man, and then they failed to immediately provide first aid, according to the police statement.

“The body-worn camera footage also documents a delay in rendering of first-aid to the man,” according to the statement.

The shooting itself was also recorded. The man later died at a hospital.

Columbus Mayor Andrew Ginther described his community as still “raw” and “exhausted” from other police killings of Black people—including one recent incident in Columbus—in a press conference Tuesday.

The death of the 47-year-old man—whom officials haven’t named—comes just a few weeks after Ohio’s capital city erupted in protests over the death of Casey Goodson Jr., another Black man fatally shot by law enforcement.

And, in Tuesday’s killing, only 60 seconds of police video footage exists to ascertain what happened in the moments before shots were fired—without any audio to capture any exchange between the officer and the man. That minute of silent footage has not yet been released, but could come out sometime Wednesday, according to the Columbus Dispatch. It wasn’t immediately clear whether there were any non-police witnesses to the shooting.

“If you’re not going to turn on your body-worn camera, you cannot serve and protect the people of Columbus,” Ginther said during a press conference Tuesday.

The Columbus Department of Public Safety said in a statement posted to Twitter Tuesday that the officer had been “relieved of duty” pending the outcomes of criminal and internal investigations into the incident. The probe is being handled by the state’s Bureau of Criminal Investigation.

In that same statement, Columbus Police Chief Thomas Quinlan said he was troubled by the facts presented so far.

“This is a tragedy on many levels,” he said.

Officers had been dispatched to a home on the city’s northwest side to respond to a neighbor’s non-emergency call at 1:37 a.m., according to the statement. A resident had reported that a man was sitting in an SUV for an “extended period,” turning the car on and off.

Because the incident wasn’t an emergency, a dash camera in the responding officers’ cruiser wasn’t activated, police said in a statement Tuesday.

Then, once officers arrived, they found the man in a garage with the door open. Body camera footage from one of the responding officers showed the man walking toward an officer with his cellphone. One officer then fired at the man, according to police. It wasn’t clear in the statement why the man would’ve been seen as a threat.

The man was visiting someone at the home, according to a preliminary investigation from police, and no weapon was recovered.

His death is the second high-profile police killing to lack substantial video documentation in Columbus this month.

There was no footage of the shooting that led to Goodson’s death, according to a Dec. 6 statement from police.

Goodson’s family has said the 23-year-old was shot by a local sheriff’s deputy working with a U.S. Marshals Service fugitive task force while he was entering his grandmother’s home with Subway sandwiches. Meanwhile, Columbus police have said the deputy witnessed “a man with a gun” while looking for violent offenders on Dec. 4, and a lawyer for the deputy has alleged that Goodson pointed a gun at the officer, according to the New York Times.

While a gun was recovered from Goodson, he wasn’t being sought by the task force, and wasn’t wanted prior to the shooting, according to NPR. Plus, family members have said that he was licensed to carry a concealed weapon. 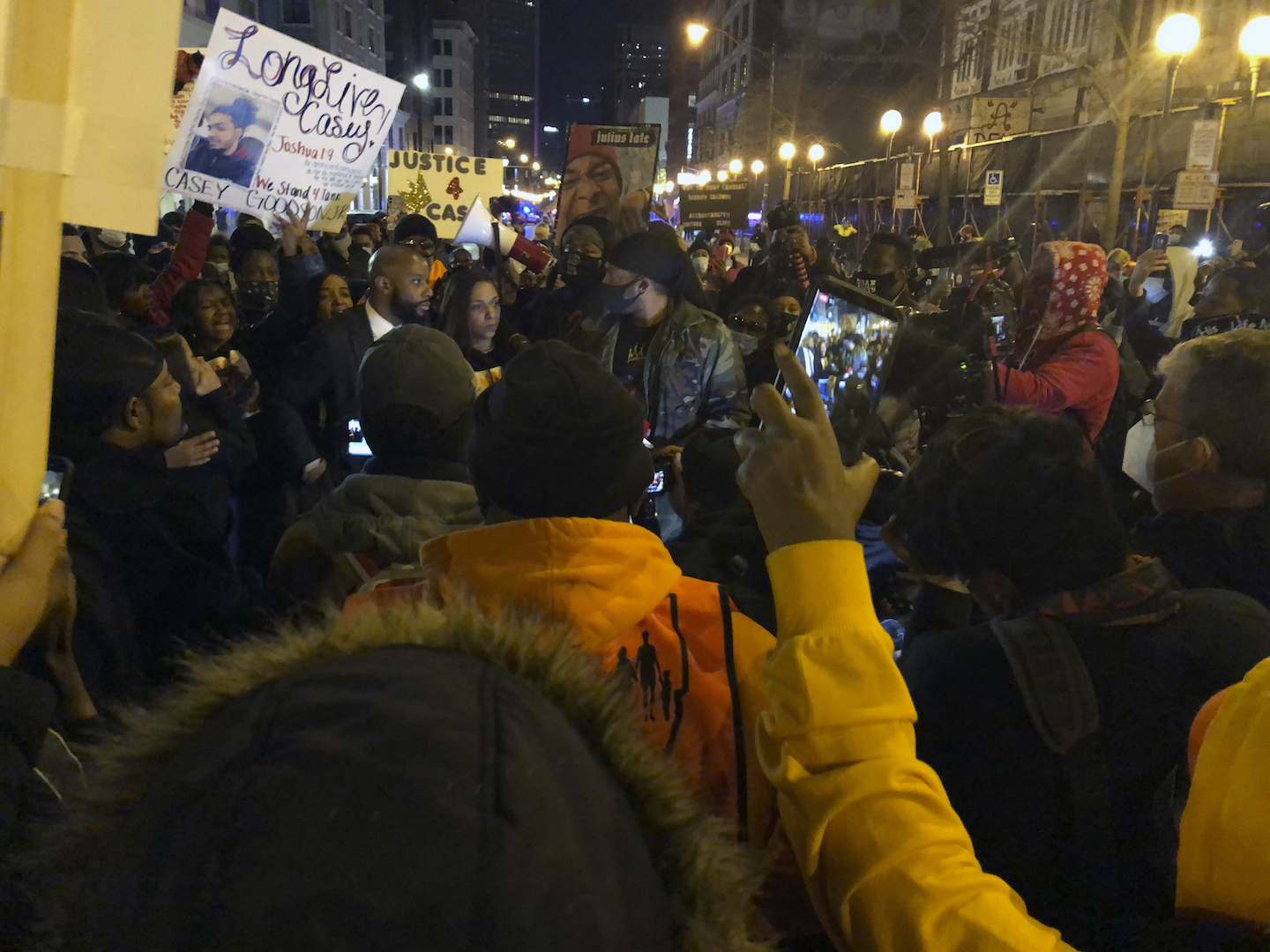