President Donald Trump threatened to trash two months of stimulus talks and veto both the $900 billion pandemic relief package and the omnibus bill to fund the government unless — wait for it — Congress agrees to $2,000 direct payments to Americans.

In other words, Senate Majority Leader Mitch McConnell had a bad night.

Trump released a 14-minute Facebook video Tuesday night in which he repeated a slew of falsehoods about the election, blamed Democrats for holding up the relief package, rattled off a list of mostly innocuous line items that he said were in the relief package but were actually part of the omnibus government funding bill Congress passed along with it, and expressed anger that the “three-martini lunch” deduction for corporate meals that the White House demanded would end after two years.

But most surprisingly, Trump also called for a dramatic increase to the $600 direct assistance payments to most American adults (though not adult dependents) which were included in the bill. “I am asking Congress to amend this bill and increase the ridiculously low $600 to $2,000,” Trump said.

Because the bill has already been passed, it cannot be amended unless Trump vetoes it. If he does that, some 14 million people could lose long-term unemployment benefits which expire the day after Christmas, leading some Democrats, such as Minnesota Senator Amy Klobuchar, to say they would vote to override Trump’s veto.

But as for the $2,000 checks, Democrats quickly embraced Trump’s demand. Reps. Alexandria Ocasio-Cortez and Rashida Tlaib posted an amendment to the bill online that would change the direct assistance payment from $600 to $2,000, which was backed by Senate Minority Leader Chuck Schumer. (Ocasio-Cortez’s office did not immediately respond to a request for comment from VICE News.)

House Speaker Nancy Pelosi blamed Republicans for the low amount of direct assistance included in the bill, and said on Twitter that the House would vote on the checks by unanimous consent, which would force House Republicans to object. This vote will reportedly happen on Christmas Eve, according to the New York Times.

Trump’s about-face on checks raises a myriad of problems for McConnell.

To start, the sort of package McConnell pushed for months had no direct assistance payments, and had previously put him at odds with Trump, who said during the election that he wanted a broader stimulus package. The Senate GOP has also pushed back against attempts at even $1,200 checks. Independent democratic socialist Sen. Bernie Sanders of Vermont and Republican Josh Hawley of Missouri pushed for an amendment including such a check but it was blocked last week by Republican Sen. Ron Johnson, who cited deficit concerns.

Lastly, the prospect of not getting a relief deal approved could jeopardize McConnell’s majority in the next Congress. The Georgia Senate runoffs on January 5 will determine control of the chamber, and if Democrats Jon Ossoff and Raphael Warnock unseat Sens. David Perdue and Kelly Loeffler, the Democrats will have a unified government, albeit an extremely narrow one.

But the president making McConnell’s life harder is par for the course for this week. On Monday, the White House reportedly sent a slide to Republican lawmakers taking credit for McConnell’s re-election in November, as Trump has grown frustrated with McConnell and other Republicans, because he believes they’ve abandoned him in his bid to overturn the election results. McConnell acknowledged President-elect Joe Biden’s election win after the Electoral College voted earlier this month.

“Sadly, Mitch forgot,” the slide read, presumably about Trump’s support of his re-election, as it was accompanied by a graph of McConnell’s polling throughout the race. “He was the first one off the ship!” 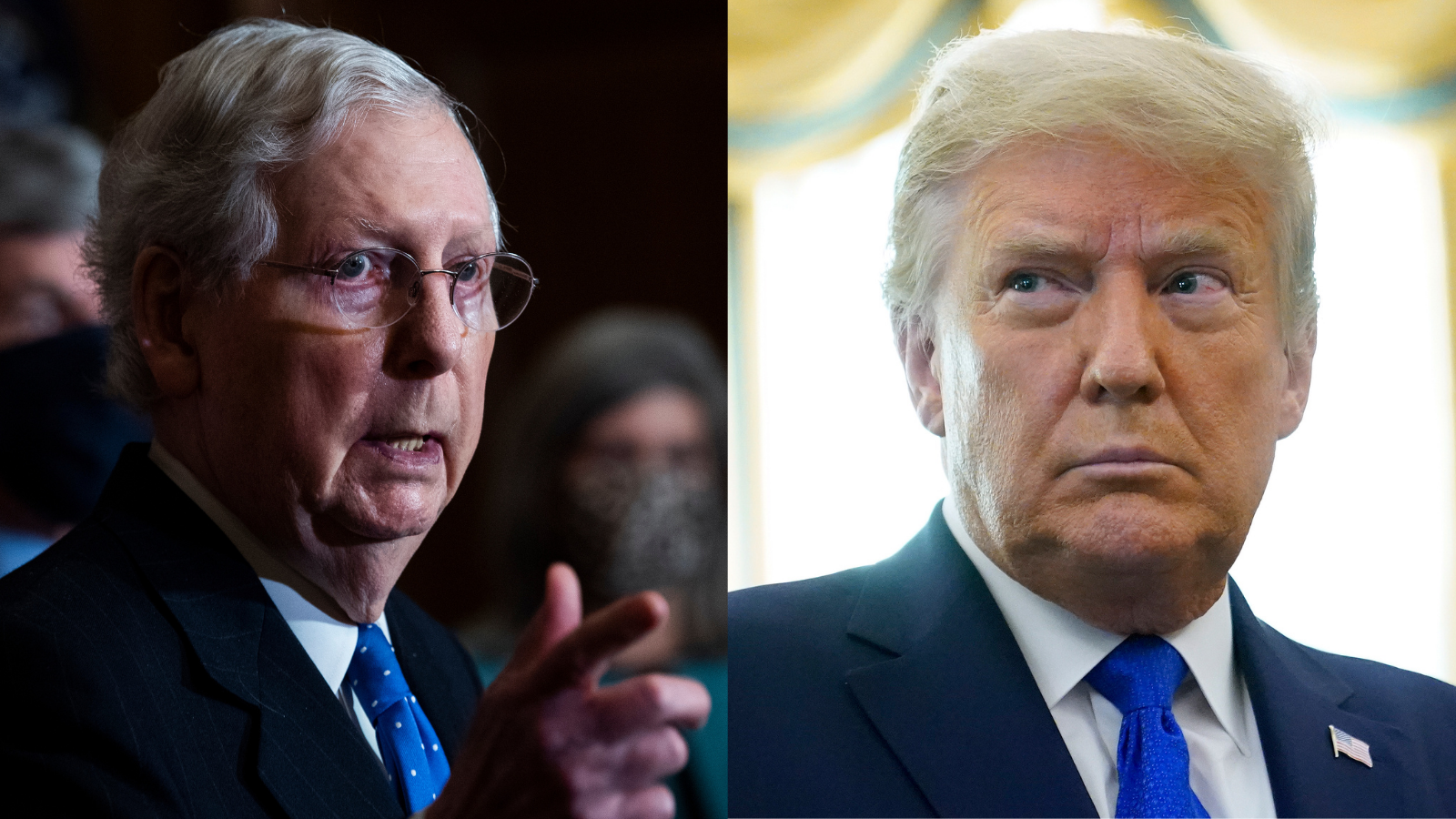 Parents in Japan and Hong Kong struggle as schools shut

US jobs growth jumps in November