President Donald Trump has less than a month left in office, and it appears he’s just now beginning to realize that the GOP’s commitment to him is not exactly a blood oath. Imagine that.

In recent days, Trump has reportedly been coming to terms with the reality that he’s going to leave office on January 20, and has been lashing out at top White House and Republican officials including Vice President Mike Pence and Senate Majority Leader Mitch McConnell, according to Axios.

Trump’s main complaint is that Republicans, in his view, haven’t supported him enough in his fight to overturn the results of the election he lost. Pence, who in his constitutional duty as Senate president will preside over the official confirmation of President-elect Joe Biden as the next president on January 6, is the target of a new Lincoln Project ad saying Pence was “backing away” from Trump. This has apparently infuriated Trump.

Pence is planning on an overseas trip following the vote, with visits to Israel, Bahrain, and Europe.

As for McConnell, a White House personal assistant to Trump sent a PowerPoint slide to GOP lawmakers Monday taking credit for McConnell’s nearly 20-point re-election win over well-funded Democrat Amy McGrath last month, Axios reported. The slide read, “Sadly, Mitch forgot. He was the first one off the ship!”

It was taken as a warning to other Republicans not to cross Trump. Last week, McConnell reportedly warned other Senate Republicans not to challenge Biden’s Electoral College victory on January 6, after a number of Republican House members have said they would side with Trump’s efforts to overturn the election result.

A group of House Republicans led by Alabama Rep. Mo Brooks has said that they’ll challenge the election results in at least six states when Congress convenes to certify the election next month. Brooks and other lawmakers reportedly met privately with Trump and Pence Monday, according to CNN. Brooks claimed that he would have to coordinate “as many as 72 five-minute speeches,” suggesting as much as one-third of the House GOP caucus could support the challenge.

Finally, Trump is apparently “fed up” with his White House counsel Pat Cipollone, as the Trump legal strategy to stay in power—which Rudy Giuliani has led—has been a miserable failure. Some Cipollone supporters are worried he’ll be replaced with a “fringe loyalist,” Axios reported.

Speaking of fringe loyalists, Trump reportedly met with “Kraken” lawyer Sidney Powell at least twice at the White House over the weekend, as he dives further into his QAnon true believer base and those around him look for ways out. Trump has discussed appointing her as a special counsel to oversee a probe into the false claims of election fraud Trump and his supporters have made, the New York Times reported.

Everything is just fine at the White House. 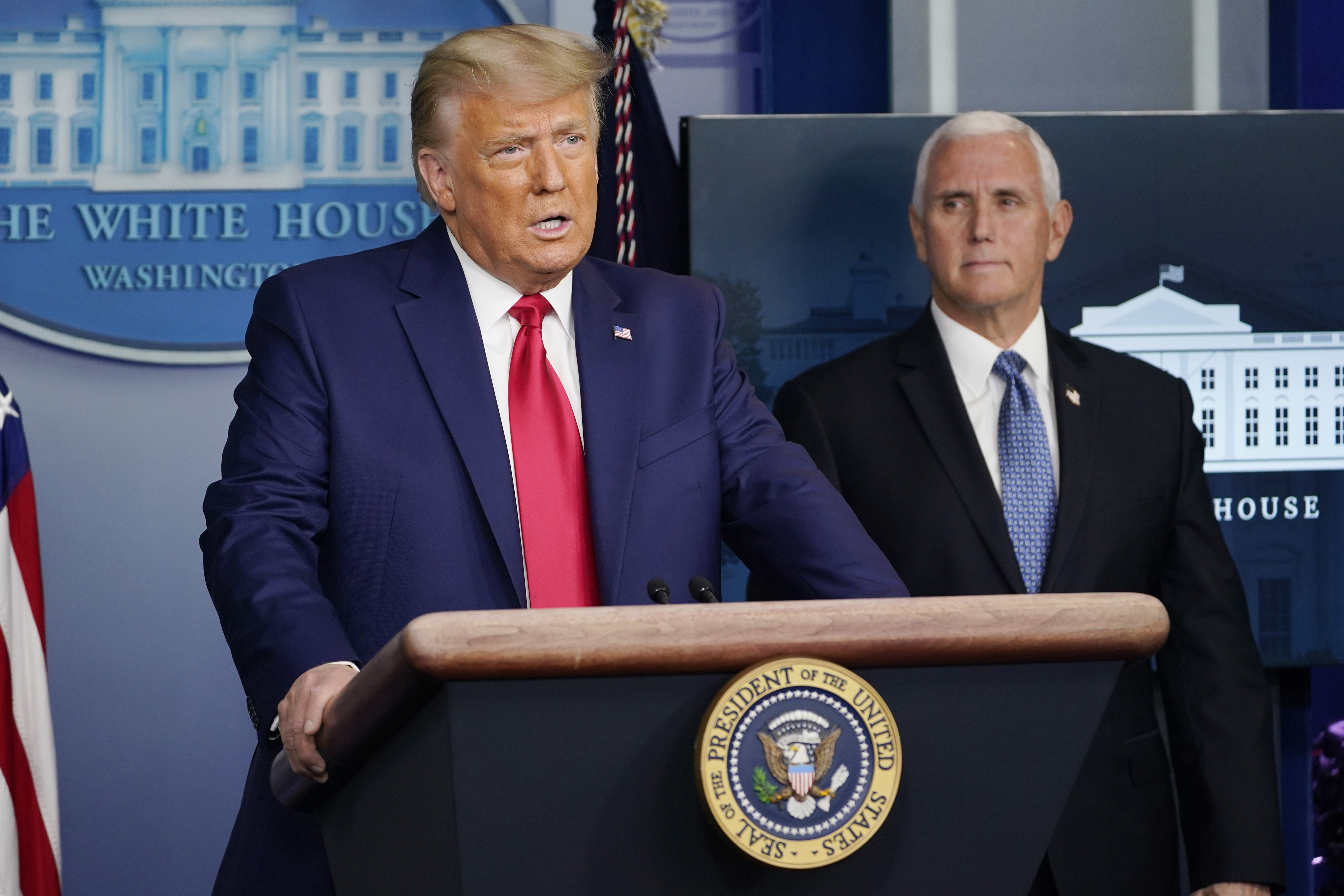