The Aurora borealis has been bottled. The French company responsible for the bottle designs of drinks like “Cuervo Tequila,” “Italicus,” “Graham’s Tawny Port,” California’s “Caldwell” wines, “Grey Goose Vodka” and “Plymouth Gin” as well as some of most famous households name in perfumes has now captured the Northern Lights in a glass.

Bespoke bottle makers “Saverglass,” the Normandy-based experts in glass creation, engraving, embossing, sandblasting, and ink screen printing, have been forging brand identities through original design solutions and customization of bottles and decanters for 125 years. Their latest creation is for the Franco-Russian “Soboloinya Vodka.” The bottle is made with a unique glass coating, so when light shines through it, it reproduces the effect of the northern lights dancing across the sky

Proprietor Ilgiz Azamatov and the Merlet & Fils Distillery in Cognac commissioned “Saverglass” to develop a design for the superior organic vodka named after the Siberian sable.  Says Mr. Azamatov: “Sobolinaya vodka combines the wild beauty of Russian Siberia with Parisian charm. Saverglass has recreated the Northern Lights on the bottle. The beams of light coming from within the vodka are more than just a visual effect. They capture the energy of everyone involved in this project.” 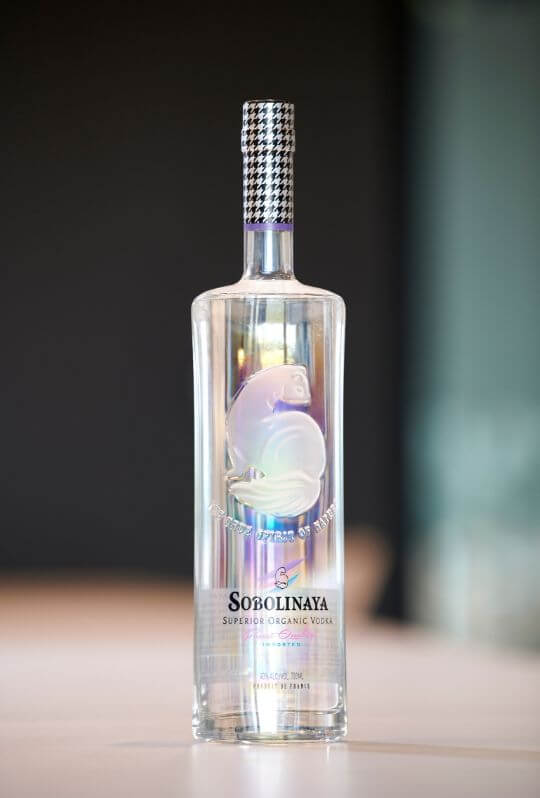 “Saverglass” described the project as an exciting technical adventure.” Using the new Auréalis process®, the sable (“Sobolinaya” in Russian) is both engraved and then sandblasted on, creating a matt effect that contrasts with the shiny iridescence on the outside of the bottle. 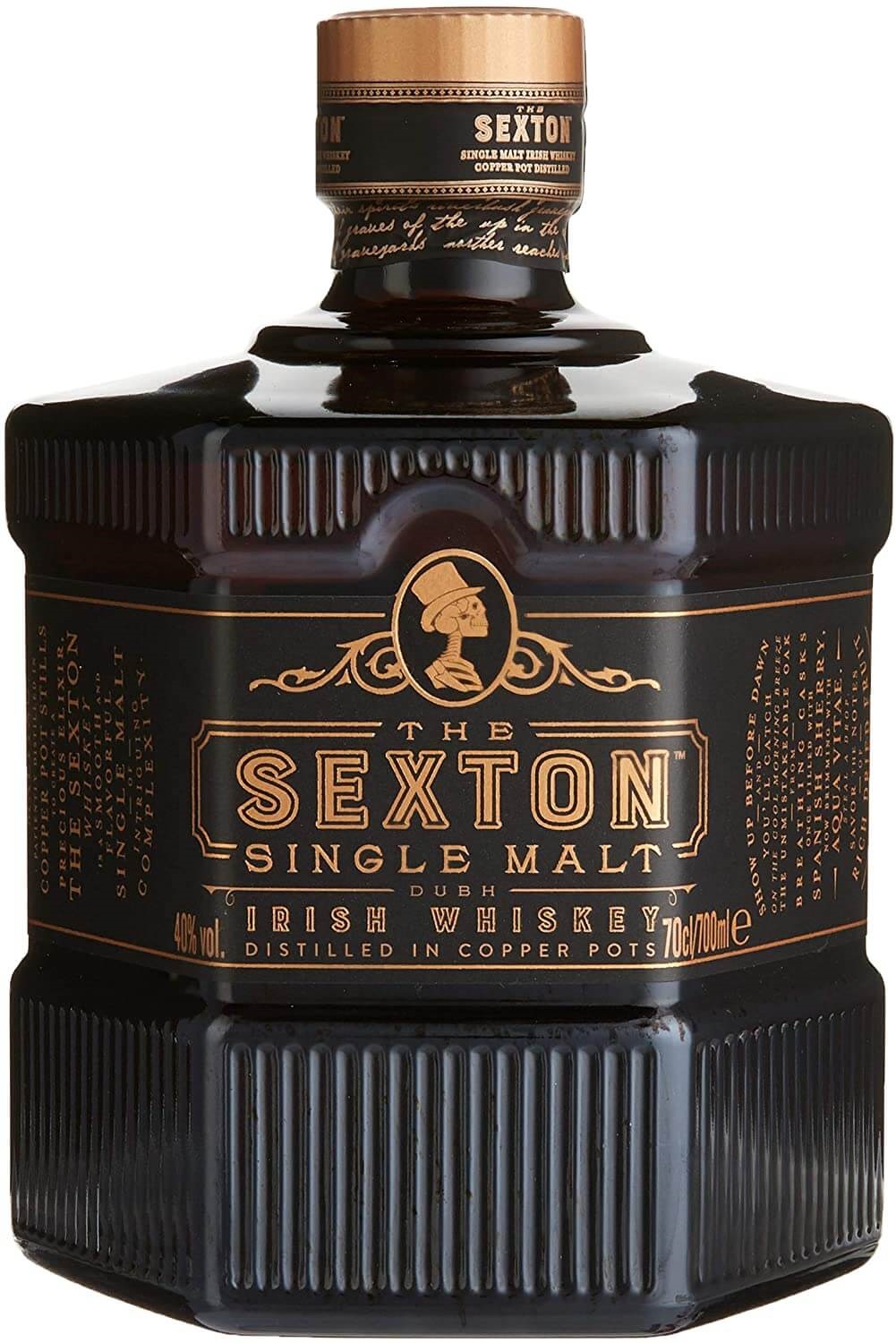 Bottle color and shape are important premiumization tools. They convey exclusivity and individuality.  Sexton Irish whisky comes in a hexagonal bottle.  Trompe l’oeil effects can be created by 3-D refinishing.  The sparkle and brilliance of a bottle’s surface can be enhanced tenfold.

The Normandy and Picardy region of  France boasts Europe’s “Glass Valley.” The Bresle Valley is the hub of luxury bottle production.

In 1430, the first glass factory was opened in Saint-Martin-au-Bosc. Glass factories were located near forests because they supplied them with wood for stoking the ovens. The ashes contained potassium, indispensable to the fusion of the sand. The first glassmakers were aristocrats. Until the French Revolution, families such as the Cacqueray, Le Vaillant, Brossard, and Bongars made glass panes for stately home chateaux windows. The Varimpré glassworks was founded in 1582. .The Feuquières glassworks was founded in 1897 at the source of the Bresle river. 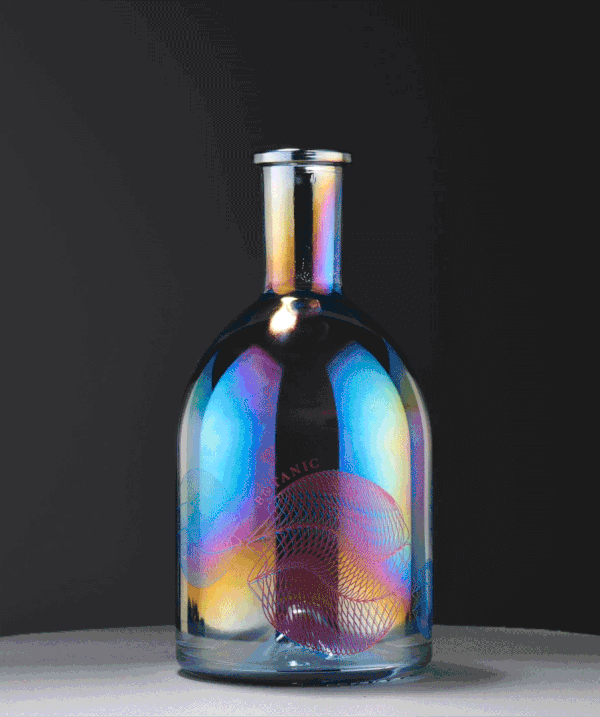 By the 1920s, flasks’ production was still essentially manual and blown in the “mouth.”Small bottle production only started in 1969.

The standard wine bottle is 750ml, which is the standard exhalation volume of human lungs. One glassblower blows 750mls. Alsatian and Germanic wine bottles are the classic, tall flute shape because they were transported by barge along the Rhine and didn’t have to be strong. Bordeaux and Burgundy wines with a punt in the base were stronger to withstand a rougher journey to their export markets by sea or overland (Burgundy). High-shouldered bottles catch the sediment of more tannic wines.

“Saverglass” also has sites in  Arques (Pas de Calais) and the United Arab Emirates, which has six furnaces producing 620 million bottles a year.

There is more to glass than sand, lime, soda, and extreme heat.  And blowing. Now it’s all about state-of-the-art shading and aging,  “personalization,” punt shape,  accessory fittings,  matte and glossy contrasting,  effective luster effects, vitrifiable decals, satin finishing, and hot stamping. As well as a bit of glitter and some distressing… The group promotes a “culture of audacity.”

The super-premium vodka “Grey Goose,” manufactured as a luxury product by American Sidney Frank, is produced in Cognac.  Needing a new look, the Ariane model was chosen with a frosted finish and Tricolor flag. Glass provides strong brand recognition.

“Plymouth  Gin”  is produced by the oldest English gin distillery, Friar’s Distillery opened in 1793. It, too, decided it needed a makeover. Its art deco look had become passe. The starting point for this repositioning was bottle redesign.

The Friars Distillery was reportedly the Pilgrim Father’s last place before setting sail for the New World.  “Saverglass” came up with a bottle, complete with dents,  to make the bottle look like it may have been dropped before disembarkation. To further express the brand’s authenticity, etching was used.

Bottle color has become a tool for distinction, particularly in the wine and spirit sector. Antique Green is suited to showcase special vintages and grand crus. The Antique tint is highly valued in the gourmet food and other high-end food product segments for its light filtering quality.

The modern buzzwords  and phrases  in the glass industry are now  “value enhancement,” “strict  quality control,” “expert consultant presence during the product operations phase,” “competitive clusters,” and “intense, innovative partnerships.”  A bottle is a work of art.

Decanters range from “Jim,” “Jens,” and “Greg” to “Pirate.” The latest addition to a range of over  260 bottle shapes is “Botanicals” – a reinterpretation of an apothecary bottle.

The old glassblowers would blow their cheeks out amazement at how far the industry has come and how much it has changed.

“Saverglass” helped Grahams Port attract a younger and more international demographic. They came up with a clean design enhanced by the extra-white glass. This design is a first for Port, a region where bottles are typically made from dark-colored, tinted glass. The bottle embodies the brand’s dynamism through various details- a simple, clean design with curved lines. A rounded neck gives extra character. The extreme purity of the smooth glass adds shine to the bottle and reveals the depth and complexity of the beautiful ruby and amber tones of the 10-, 20-, 30- and 40-year-old ranges of Graham’s Tawny Port.

Saverglass also created a uniquely designed bottle for the super-premium  Brazilian liqueur Leblon Cachaça, inspired by Rio de Janeiro’s beaches—a worthy backdrop for this high-end product—that has helped this Brazilian brand conquer the U.S. market. The brief exemplifies Leblon Cachaça’s premium look while remaining faithful to how the spirit was envisioned in Brazil.

Invoking Leblon’s beautiful beach and the scenery of Rio by creating a punt that is shaped like Rio de Janeiro’s iconic Sugarloaf Mountain,  green glass to mimic sugar cane, and engraving the name of the Leblon brand vertically, along the length of the bottle, Saverglass came up with another eye-catching design worthy of its contents. The outside of a bottle is almost as important as what’s inside.

‘I rent one item of clothing a month’