The Escalade nameplate needs no introduction, and it is the staple of every celebrity garage along with the jet set. It has been one of the most popular luxury SUVs and, in some ways, has become a celebrity in itself. Amidst the paparazzi and flashing lights, there would always be a black Escalade lurking around the corner.

Now there is a new one, and by that, we mean all-new along with an interior ready to give anything from Germany a tough fight. 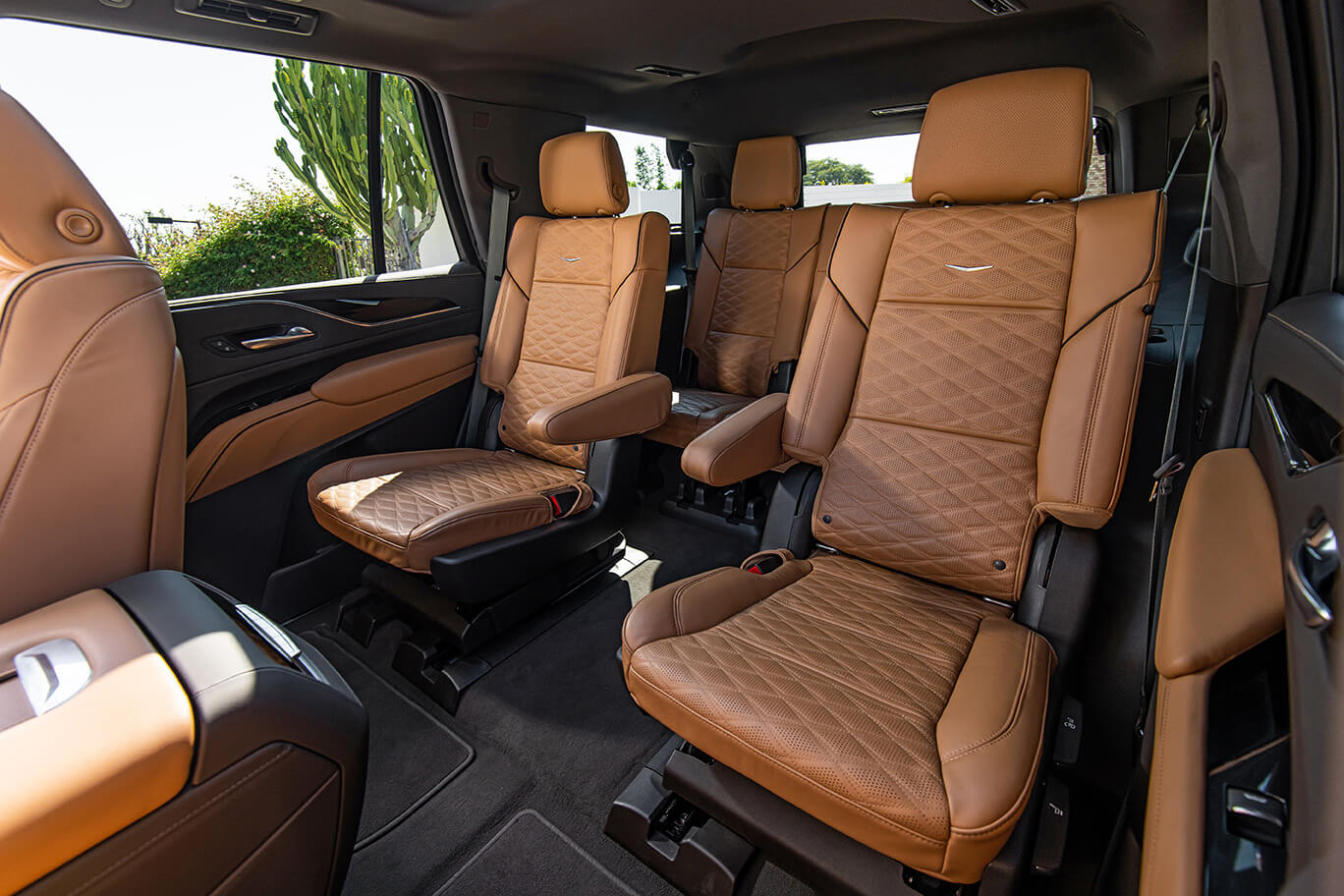 The 2021 Escalade is bolder and better in every way, with the biggest highlight being the interior. Being based on a new architecture gives the Escalade a new arsenal and canvas to paint its much bolder ambitions. The interior is largely a triumph with an elegant design plus high quality and luxury goods mixed with an abundance of technology. Fabric and wood are lovingly draped all over crucial touch-points of the cabin, while an avalanche of OLED displays tops the technology paradise.

It is being touted as an “industry-first” curved OLED display, which offers more than 38 inches of total display area while the pixel density is twice as good as a 4K TV. In total, there are three screens:  a 7.2-inch-diagonal touch panel to the driver’s left, a 14.2-inch-diagonal instrument cluster display behind the steering wheel, and a 16.9-inch-diagonal screen to the right of the driver. 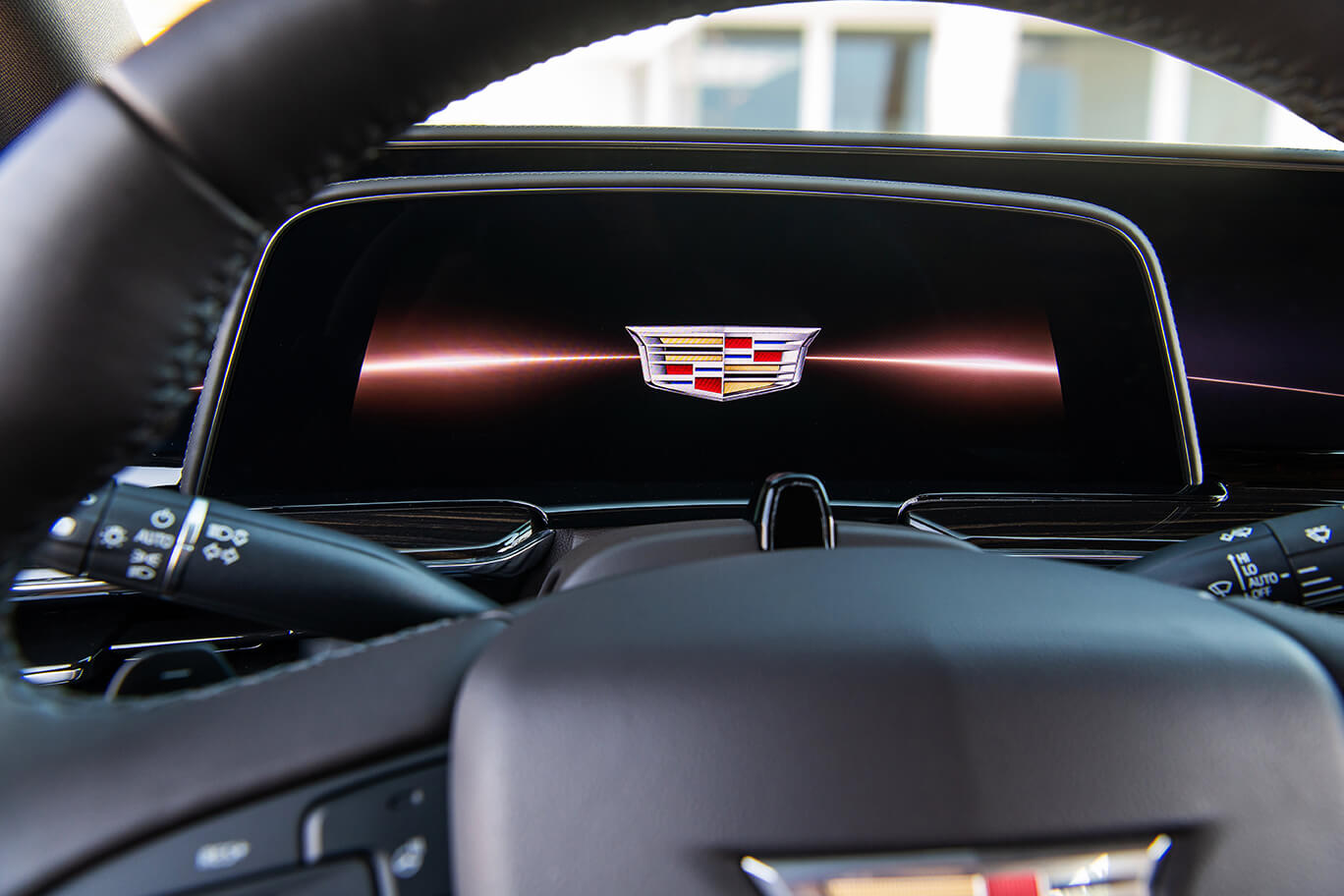 You also have stainless-steel speaker grilles, piping on the door panels, and ambient lighting. Personalization is high on the list of priorities for the new Escalade as it has eight colors and trims choices along with custom perforation and quilting patterns. Other features include a 36-speaker audio system, augmented reality-based navigation, four exterior cameras, night vision, and rear-seat entertainment with a pair of 12.6-inch touch displays. 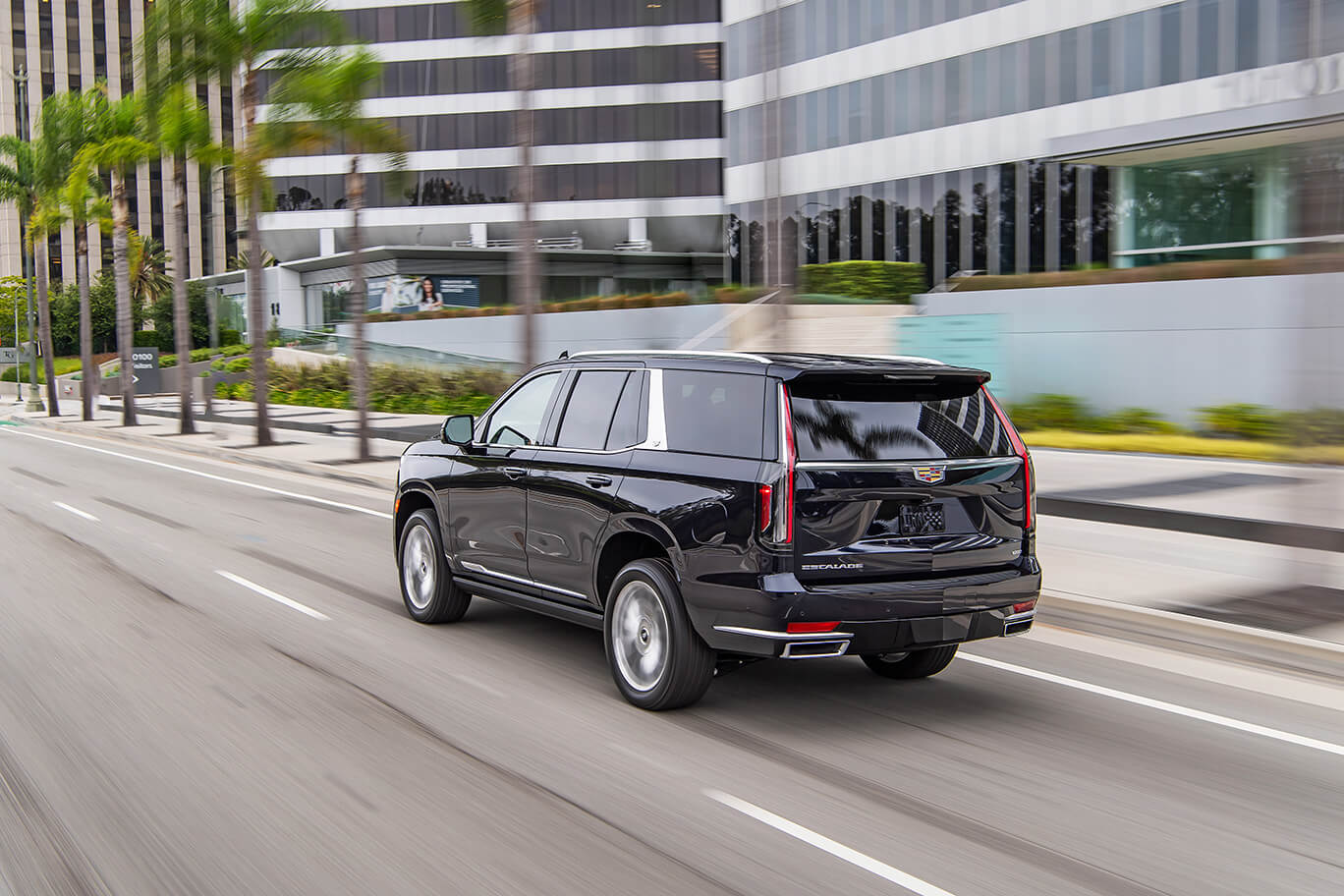 More interestingly, the 2021 Escalade debuts the “Super Cruise driver assistance technology” as it enables hands-free driving on more than 200,000 miles of compatible highways in the United States and Canada using various cameras and sensors. The technology and features also have a longer wheelbase, which affords more second and third-row space. You really can lounge in the second row of the new Escalade with an enormous amount of legroom and headroom while your entourage won’t mind being seated in the third row! 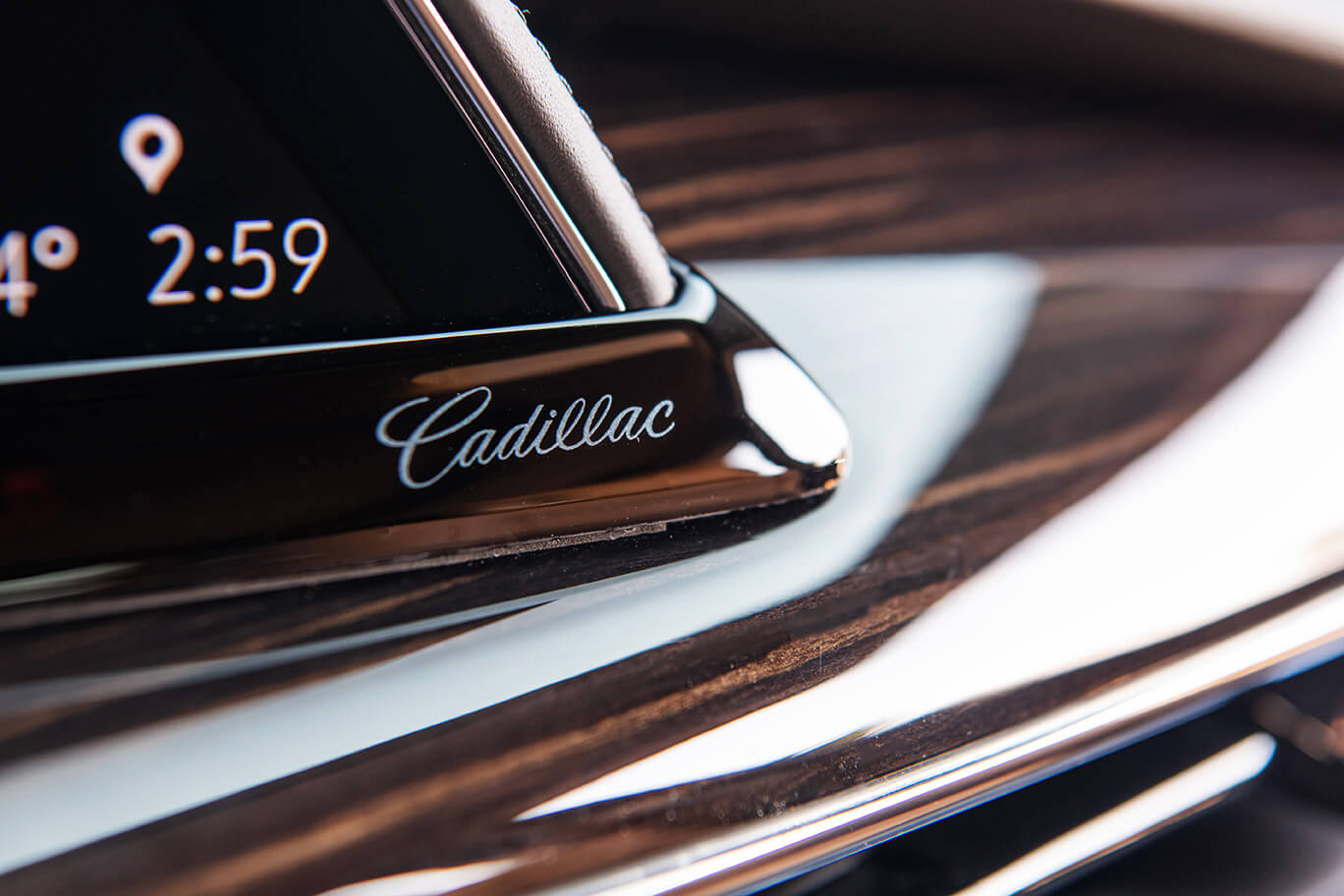 What is of more importance to the celebrity clientele, though, has to be the fire-power underneath that massive hood, and here it is a V8, albeit one that is all new along with displacing 6.2-liters and 420 bhp. For the first time, the new Escalade is also offered with a 3.0L turbo-diesel engine for a more frugal drive, although the V8 has always been the staple choice, and we do not foresee that being changed. Standard is a 10-speed automatic transmission with electronic shift control. Also of importance is an all-new independent rear suspension. Because of that, we expect the comfort levels to increase over its predecessor, with owners being less likely to spill their champagne due to an erratic ride. 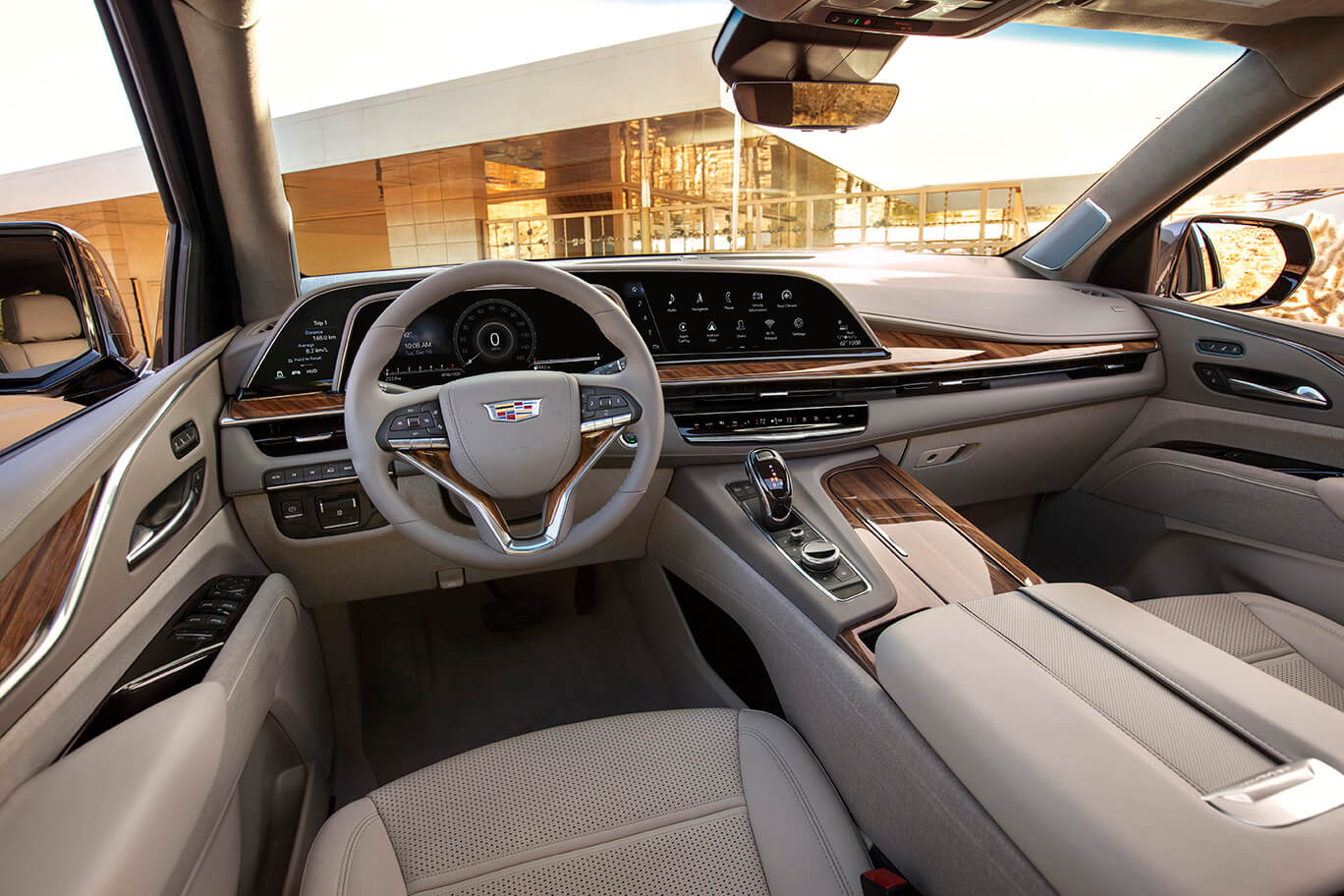 While the change in interior technology and the added sophistication are welcome, the standard Escalade buyer would want the exterior design to remain the same as the authoritative stance, and the brutish appeal has been why many gravitate towards this SUV. It is good news on that front as it is even bigger while it carries its bulk with greater confidence. The design overall is sharper, along with a menacing appeal. The new Escalade certainly has enough charisma and luxury to give the Range Rover’s likes or the Maybach GLS a bit of a fright. Overall, Cadillac has done a brilliant job here as, beyond the glitz and glamour, the Escalade finally has the substance to back up all that celebrity status that it has so nonchalantly been carrying all these years.

Homeless People Keep Getting Murdered in Louisiana. Police Fear the Killings May Be Related.