While seeing unicorns and flying chariots might not be possible, here is something that might change the way we perceive transport. The Slovakian start-up company Klein Vision has brought our future closer with the launch of a flying concept car – Air Car V5.

The company recently released a video showcasing the AirCar V5 in full action during its 1500’ AGL flights at Piestany airport in Slovakia. In comparison, the video doesn’t completely show off the flying car but encapsulates the car-plane’s capabilities. Professor Stefan Klein designed the fifth-generation flying car, a design that he had been working on since 1989.

“With Aircar, you will arrive at your destination without the hassle of getting a ride to the airport and passing through commercial security; you can drive your AirCar to the golf course, the office, the mall, or your hotel and park it in a normal parking space,” said Anton Zajac, Klein Vision’s co-founder, investor and pilot in a statement. 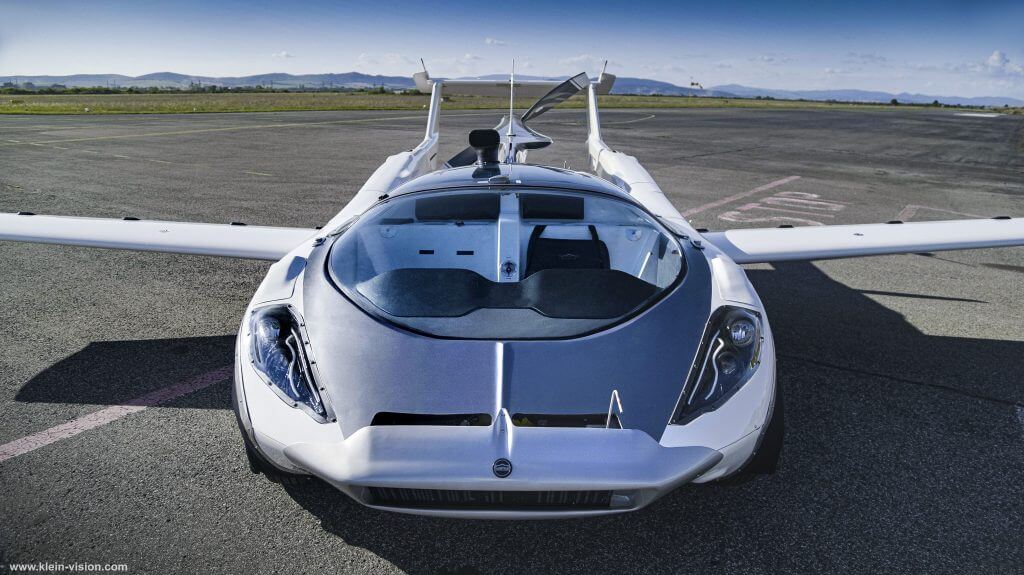 Did you know, the first flying car patent was filed in 1918? The flying car concept isn’t abstract, thanks to the sci-fi movies that we grew up watching. However, expecting them to become a reality, so soon is simply astonishing. The Klein Vision’s AirCar V5 stands out from its competition, the Volcopter VoloCity and the SkyDrive SD03 both in design and performance capabilities.

Cars can be heavy, but planes must be light. The two-seat model weighs 1,100kg and can carry an additional load of 200kg per flight. The AirCar V5 is powered by a BMW 1.6l engine, has an effective power output of 140 horsepower and a top speed of 200 km/ph. Klein Vision also plans to shift from the BMW engine to a still-to-be-certified engine to help the plane reach about 162 kt top airspeed. The company has estimated the travel range of the car-plane around 1,000km with a flight consumption of 18 l/h. The flying car is also capable of flying with a takeoff of 300m. The best part? The stability and controllability of the AirCar are accessible to any pilot. 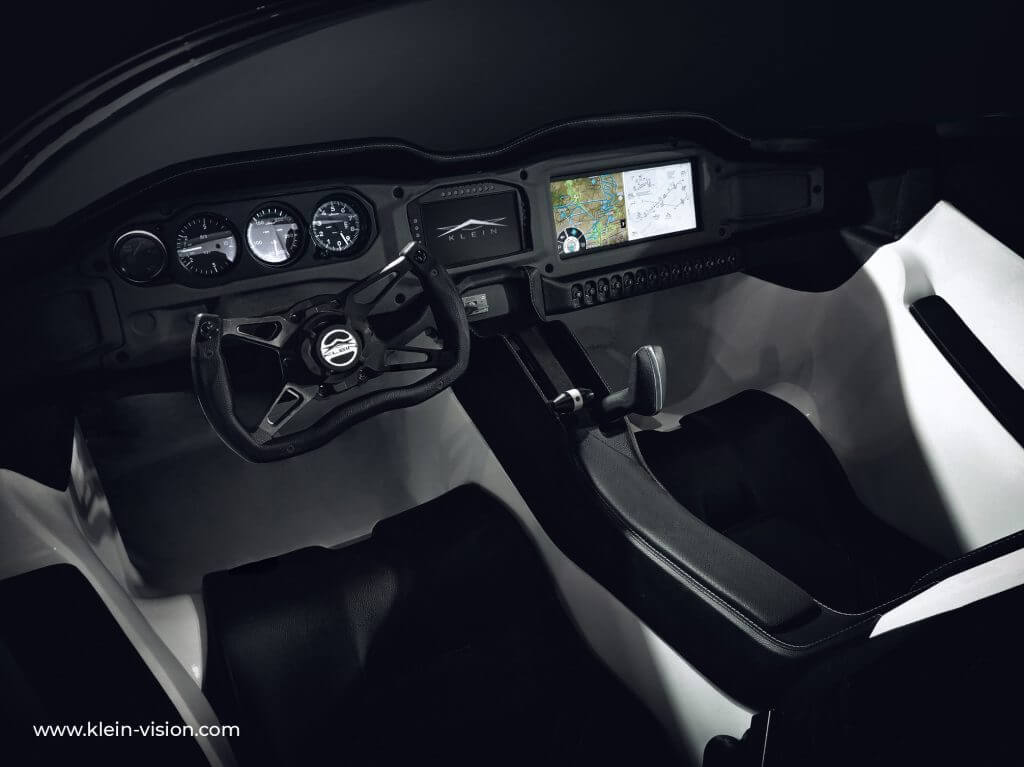 “The key flight parameters confirmed all theoretical concepts and calculations that the development of the AirCar was based on. Following the completion of all required flight tests in compliance with EASA regulations, we will deliver a model with a certified ADEPT, 300HP engine within the next 6 next months,” said Professor Stefan Klein, Klein Vision’s CTO and test pilot. Klein Vision also said they already have a buyer for the AirCar V5. 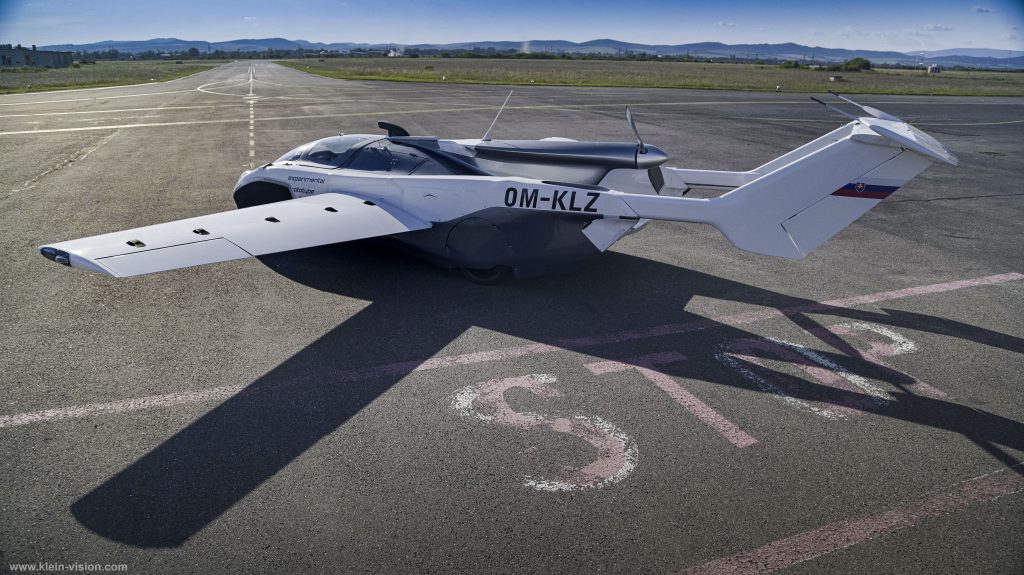 The car transforms into a plane by sliding the car’s rear section, and two wings pop out of the car in less than 3-minutes. Once the wings are fully expanded, the AirCar V5 is ready to speed off the runway. Once the flight is over, the wings are retracted in the same manner, and it’s back to being a car. The AirCar V5 has had two successful 7-minute flights only 18 months after its development. The company now plans to go into production within the next six months. The four-wheel undercarriage concept creates a “self-lifting” fuselage shape that provides 27% of the lift, with dimensions – the body is 6.2m x 1.8m – that allow it to be parked in a conventional garage. 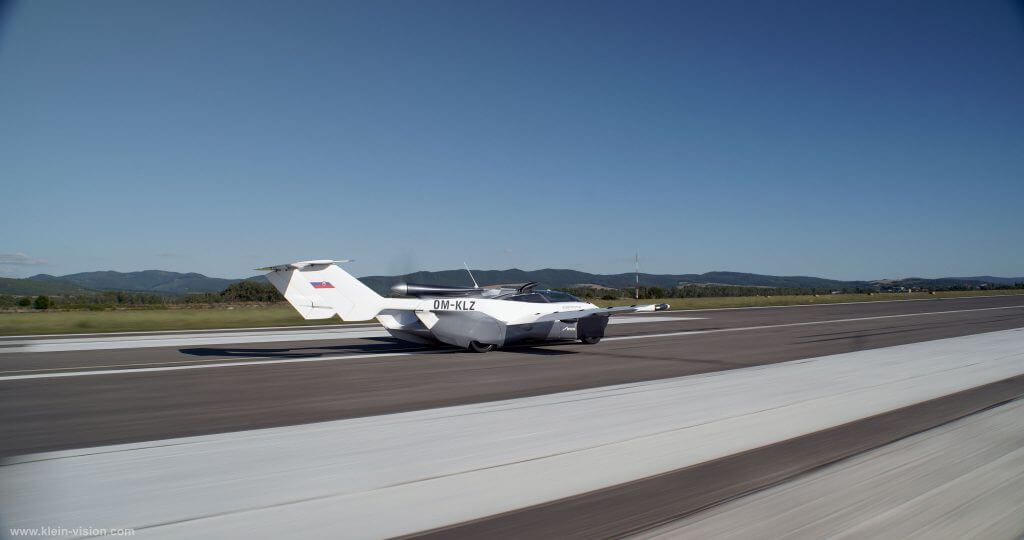 “The wing and tail deployment/retraction mechanism is very impressive, converting the automobile into an airplane. The cockpit providing space for the driver/pilot and a passenger is very roomy and nicely styled. The overall appearance of the flying car on the road and in the air is superb,” added Dr. Branko Sarh, Boeing Co. Senior Technical Fellow (ret).

The Klein Vision AirCar V5 is a testament to the precocious technological know-how we possess.