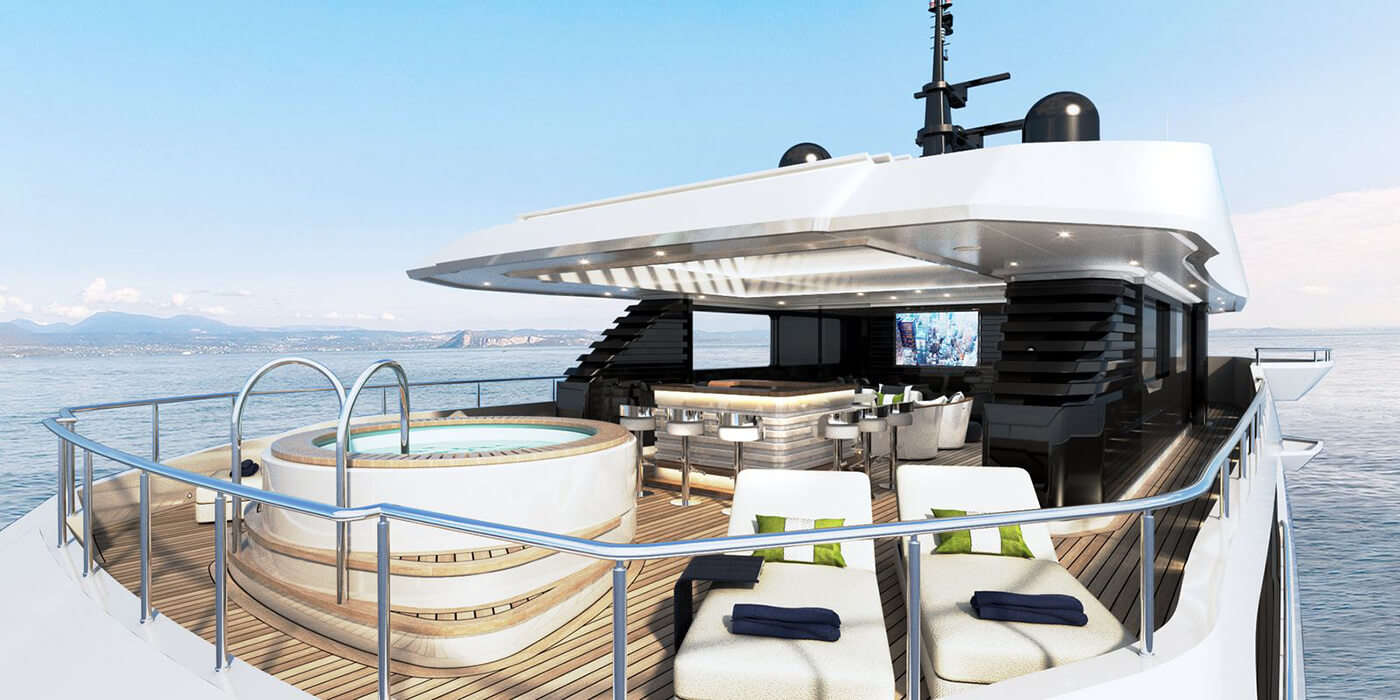 Size is everything in the world of megayachts, and now there is a new contender for the title of the largest megayacht ever built with the Majesty 175 by Gulfcraft. Having just finished its construction at their facility in the Emirates, it is the world’s largest megayacht built as an MCA-LY3 yacht over 500 GT (gross tons). It was first announced at the 2016 Monaco Yacht show, and now it has been launched. 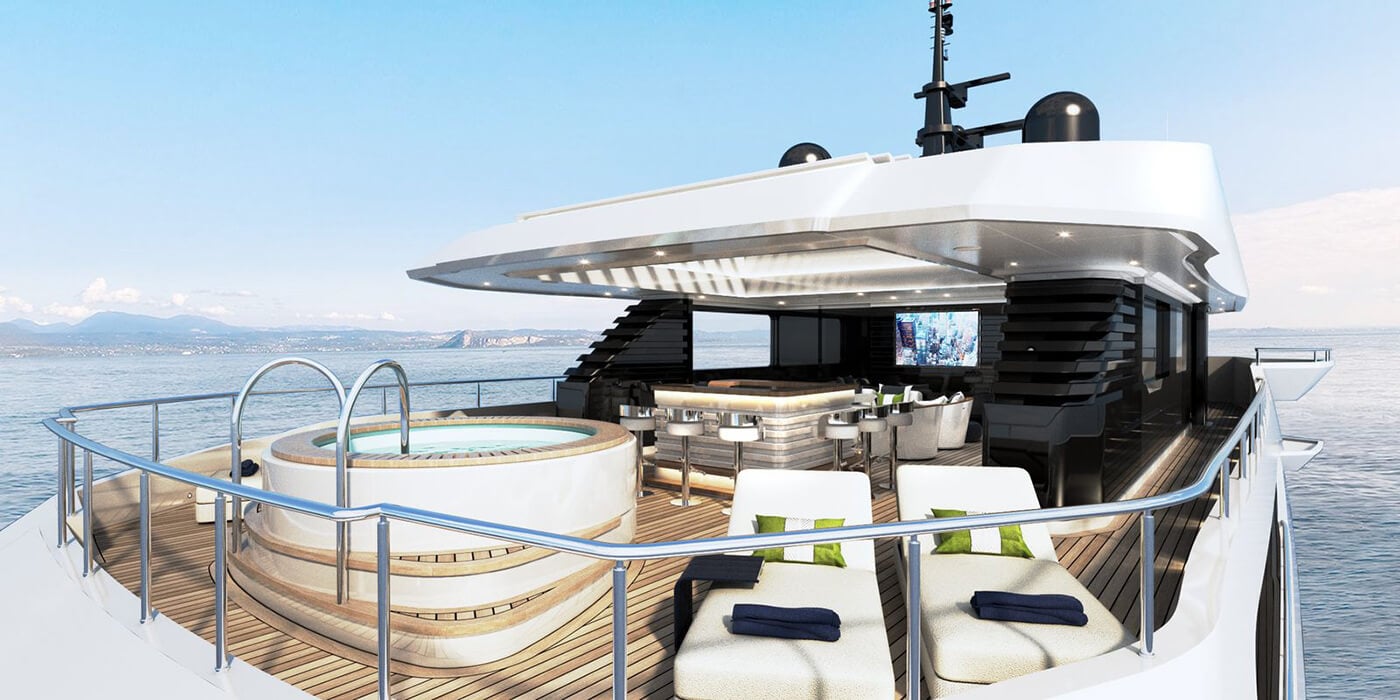 The Majesty 175 is elegant, and yet it is also infused with a layer of modernity with the design being penned by Cristiano Gatto Design Team in Italy. Another highlight of this megayacht is that it would be a commercial yacht with its construction having composite materials. That brings added benefits like less weight plus lower fuel consumption and lesser maintenance required since, unlike metal, chances of corrosion are less and less susceptible to rust since you can spend more time in the water. Another advantage of the composite materials being used is that it can sail in areas with low draft. 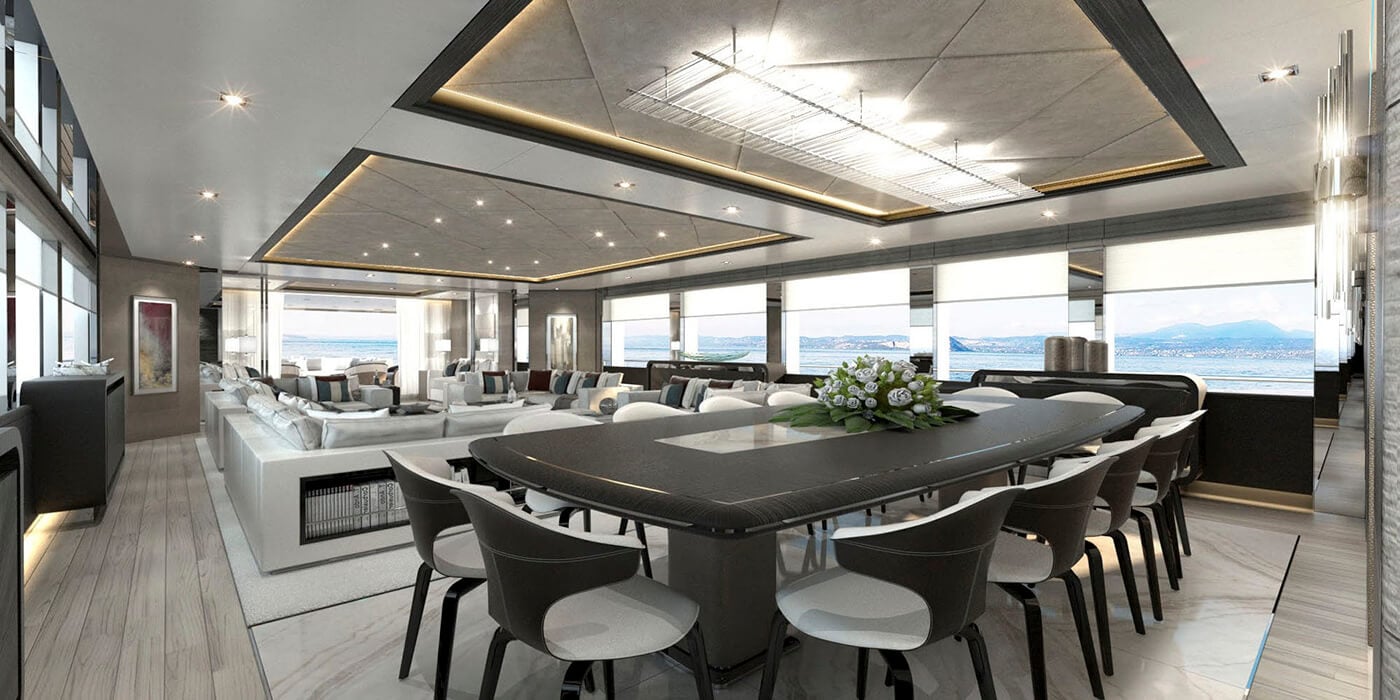 Building the Majesty 175 has been a complex process and took Gulfcraft years to finish, but we would say it has been worth the wait. Built as a successor to the Majesty 155, the 175 has an efficient hull, making it more accessible to many places despite its size. Twin MTU 2,012hp engines power the Majesty 175 and have a range of more than 4,000 nautical miles. This yacht comes with state of the art equipment, an advanced navigation system, plus a plethora of safety and control systems. 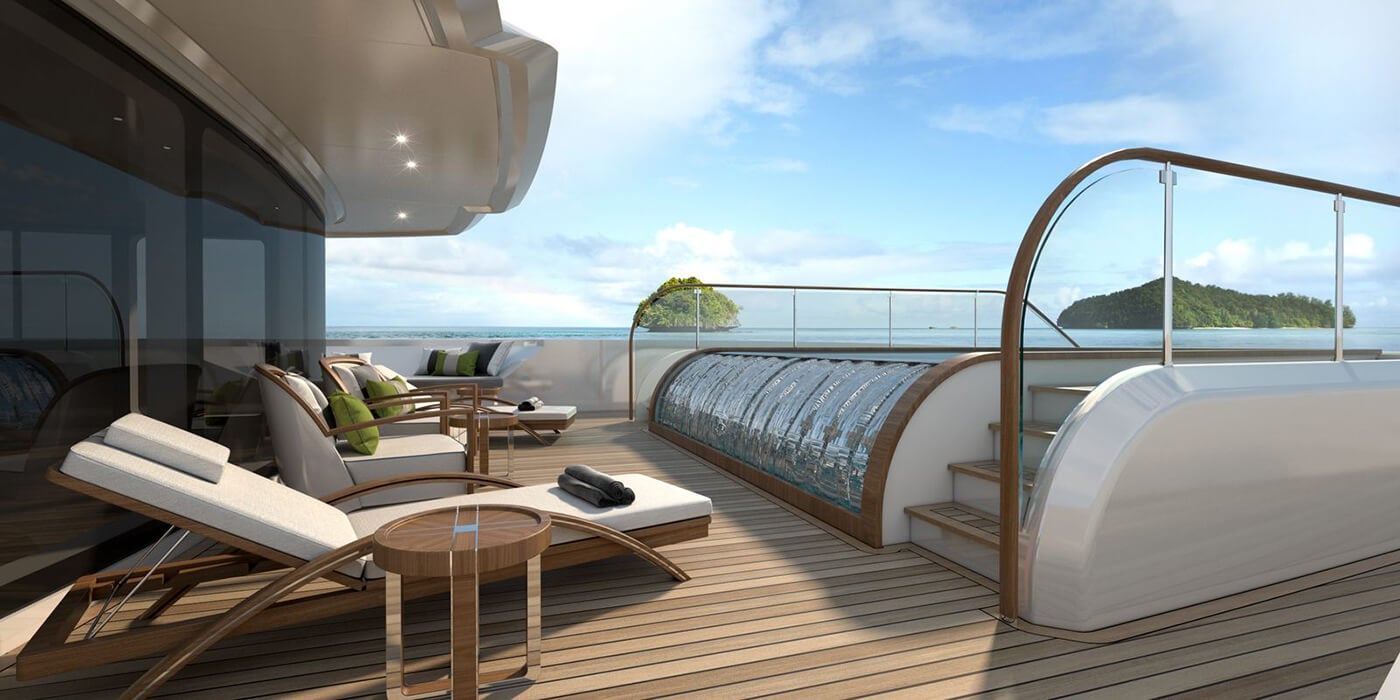 The list of luxury features being available is also long, with there being an infinity pool at the forward deck and a hybrid sky-lounge that can be converted to an open sun deck. The design is specifically made to create a spacious feeling while it has a seven cabin layout, including fourteen passengers’ total capacity. You will find a private owner’s suite on the upper deck, while the main deck has the VIP lounge. There are also large cabins for the crew and the captain.

The sense of space is also enhanced by large windows, which bring in higher levels of light and expanding the views on offer. Other features include a beach club and a gym at the main deck. 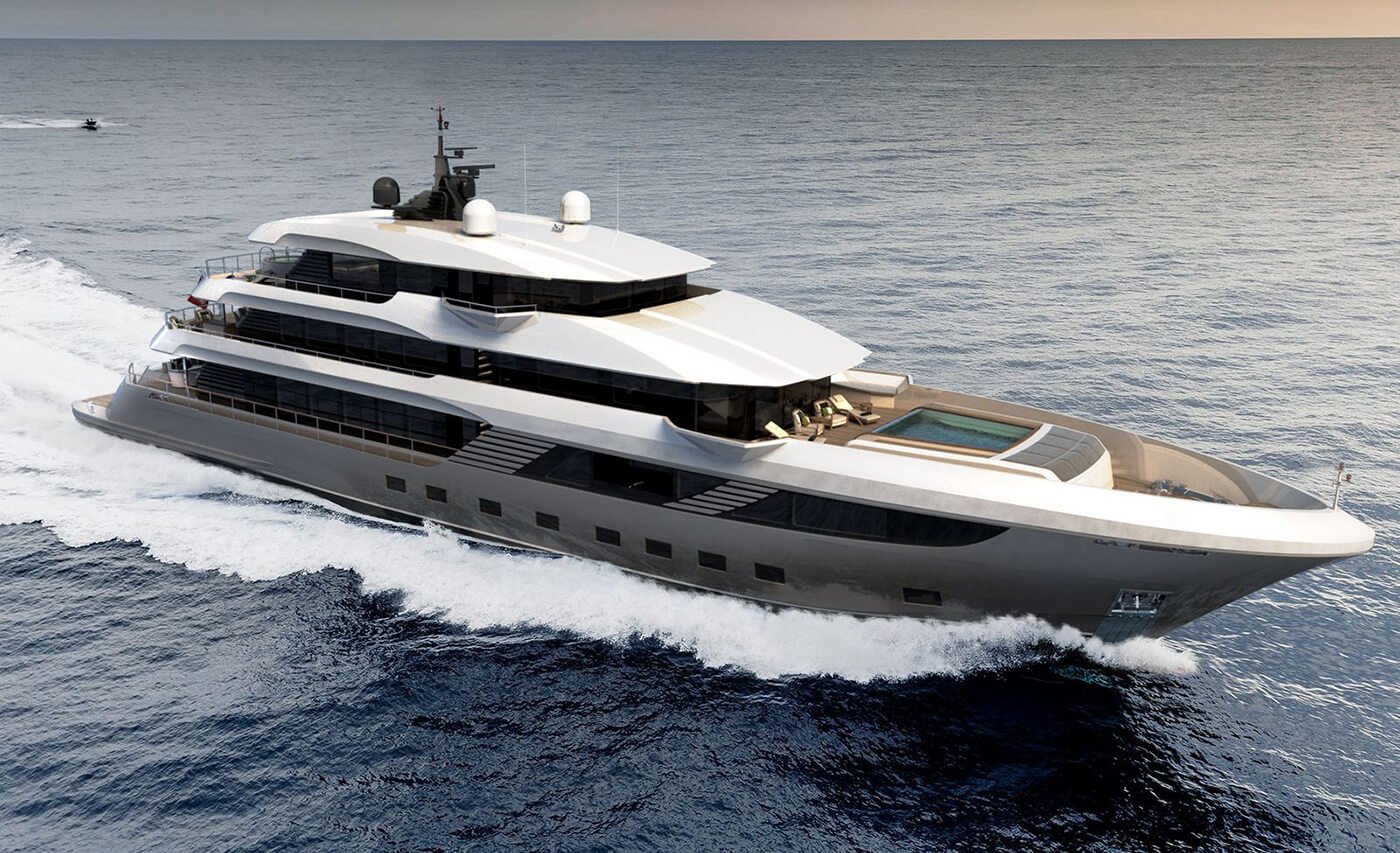 The Majesty 175 is ripe for disrupting the megayacht category with its composite construction and technology, as many key elements make it suitable for yacht making. The composite build pattern has brought in many advantages in the commercial category, which we have discussed above. Still, along with that, the re-sale, structural rigidity, and vessel’s life become stronger and more durable. Composite construction also means fewer parts, which is also a positive feature.

A prominent Emirati businessman is an owner, and no doubt, the Majesty 175 puts Gulfcraft at the top in the megayacht category. 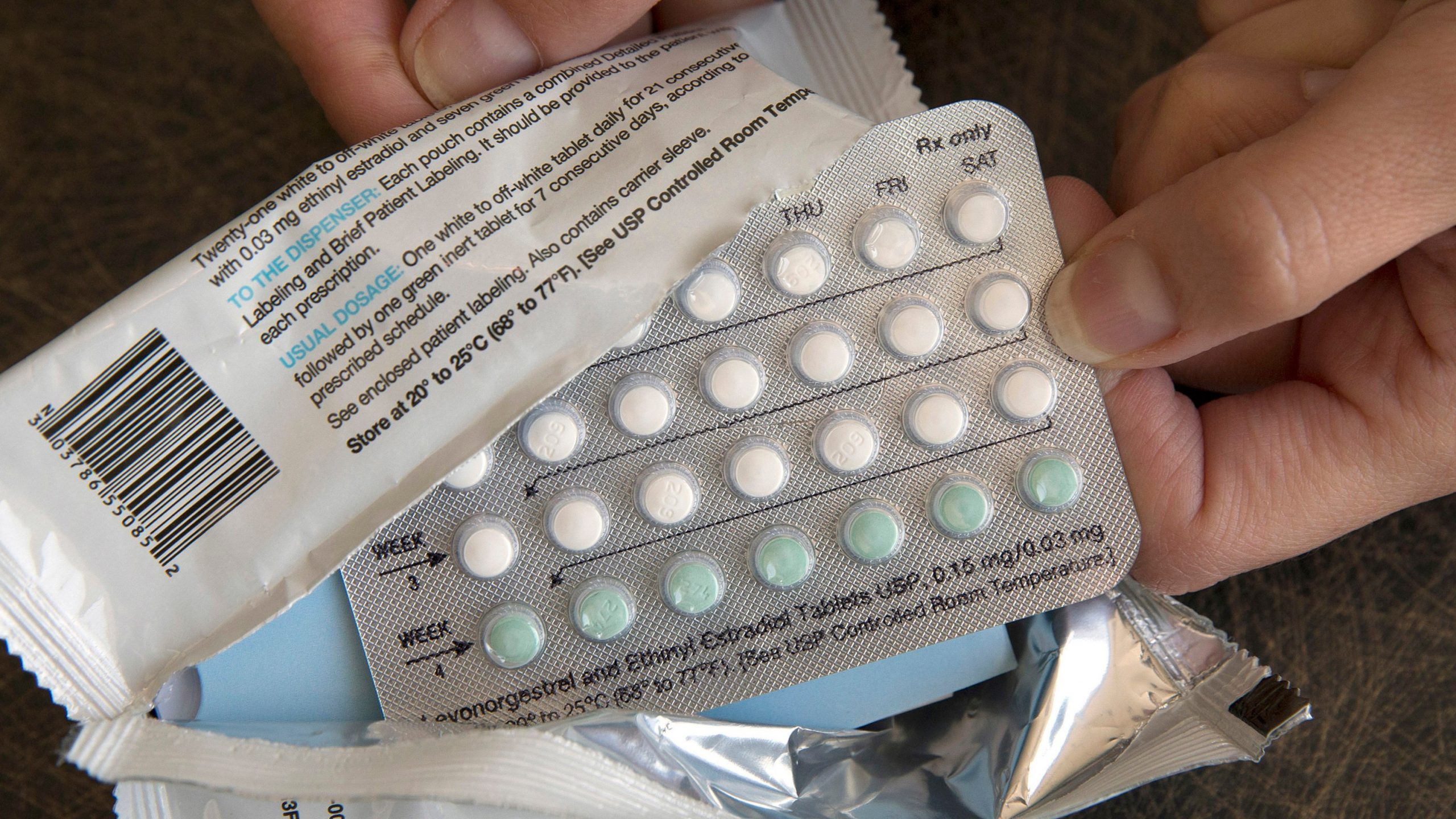 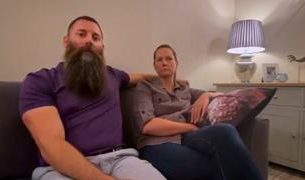 ‘If we’re heroes then why are we being exploited’