The Langham, London first opened its doors in 1865 as Europe’s first ‘Grand Hotel,’ with its prime, central London location sitting just at the top of Regent Street, along with style in abundance.

After an extensive transformation in 2009, this elegant hotel offers spacious and luxurious guestrooms and suites and impeccable service. And excitingly, renowned hotelier Doris Greif has been brought into the fold to see the hotel, as she has been named The Langham, London’s Managing Director and Regional Vice President of Operations Europe & Middle East for Langham Hospitality Group. 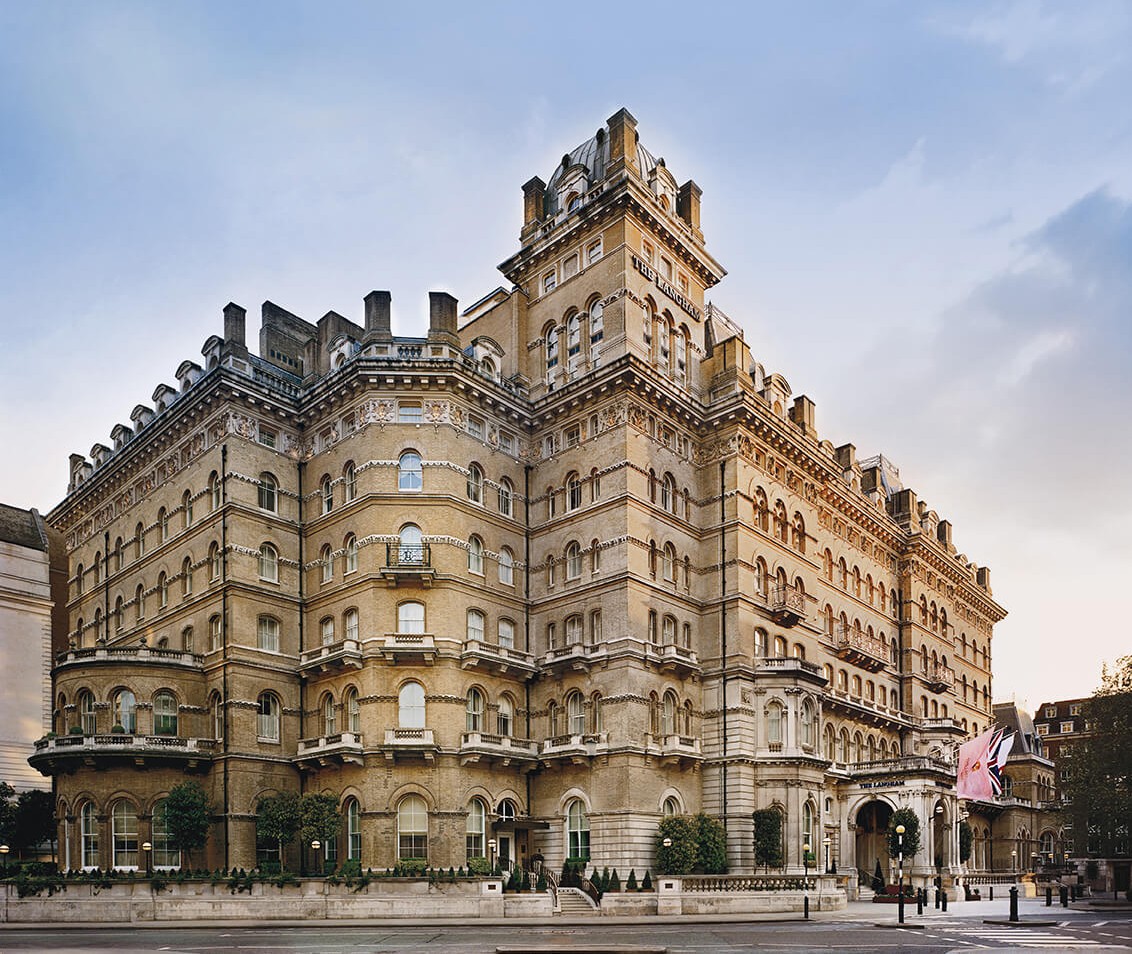 “We are thrilled that Doris is joining the company to lead our flagship hotel in London and to continue its success. She has a formidable reputation in achieving service excellence, innovation, and development, and I am confident that she will take the hotel and The Langham brand to new heights.” Bob van den Oord, Chief Operating Officer, Langham Hospitality Group. 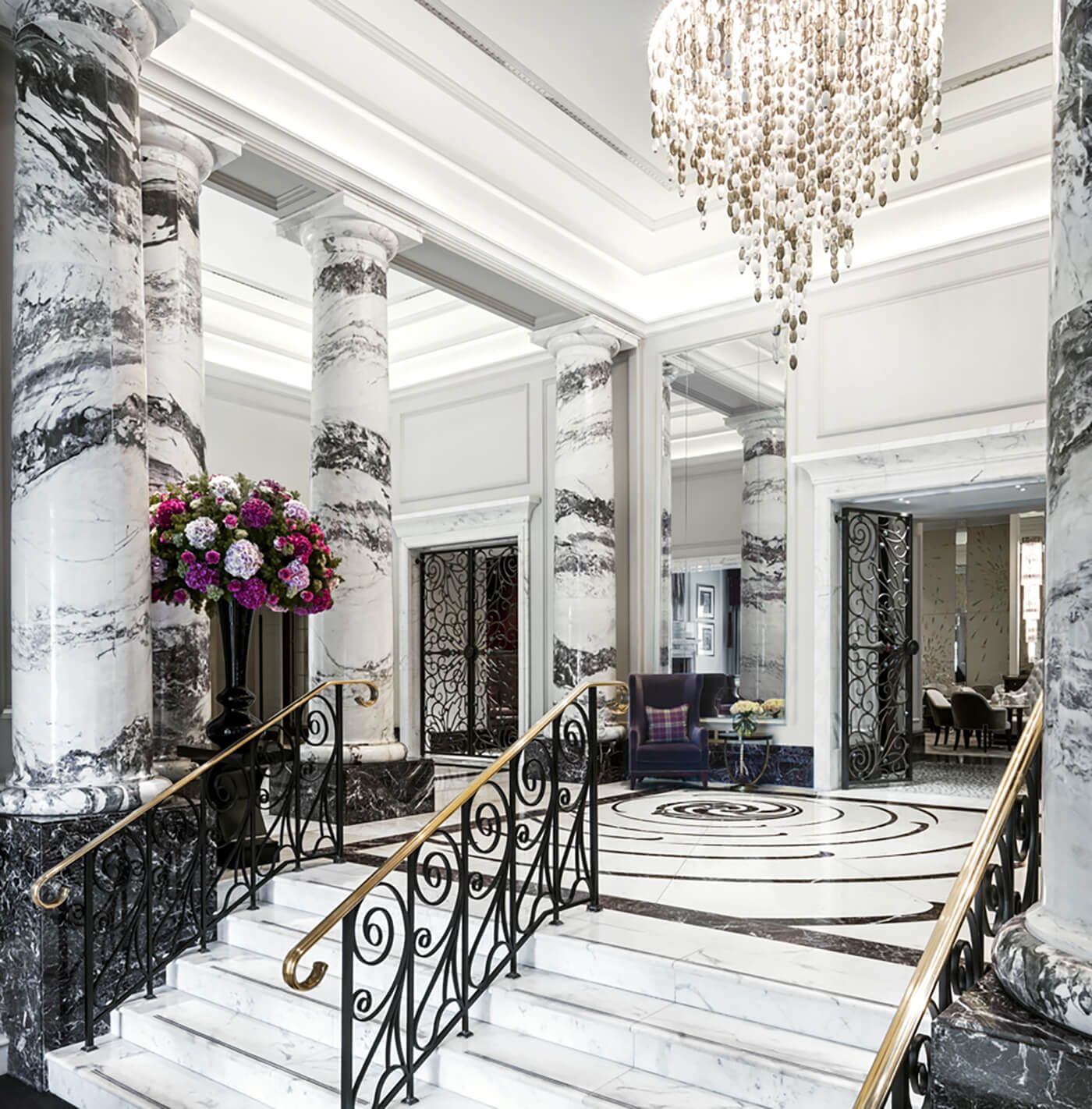 Undoubtedly, The Langham, London is known for striking that enviable balance between modern sophistication and timeless glamour, being globally recognized for its exceptional intuitive service (nothing is too much trouble for the attentive staff) contemporary art collections throughout the space. Then there’s the award-winning culinary expertise in the form of chic bars and restaurants including the infamous Palm Court, Artesian Bar, Roux at The Landau restaurant, and The Wigmore, all overseen by the icon himself, Michel Roux Jr. If that wasn’t enough, you can pick up some insider knowledge thanks to Sauce by The Langham, the first expert-led cookery school that can be found in a central-London luxury hotel. For those who want to unwind, the Chuan Spa Body + Soul provides a little haven away from the city’s hustle and bustle and is London’s first luxury hotel spa to incorporate the ancient principles of Traditional Chinese Medicine into its signature treatments and ambiance. Wellness is complete with a huge swimming pool and a state of the art gym. 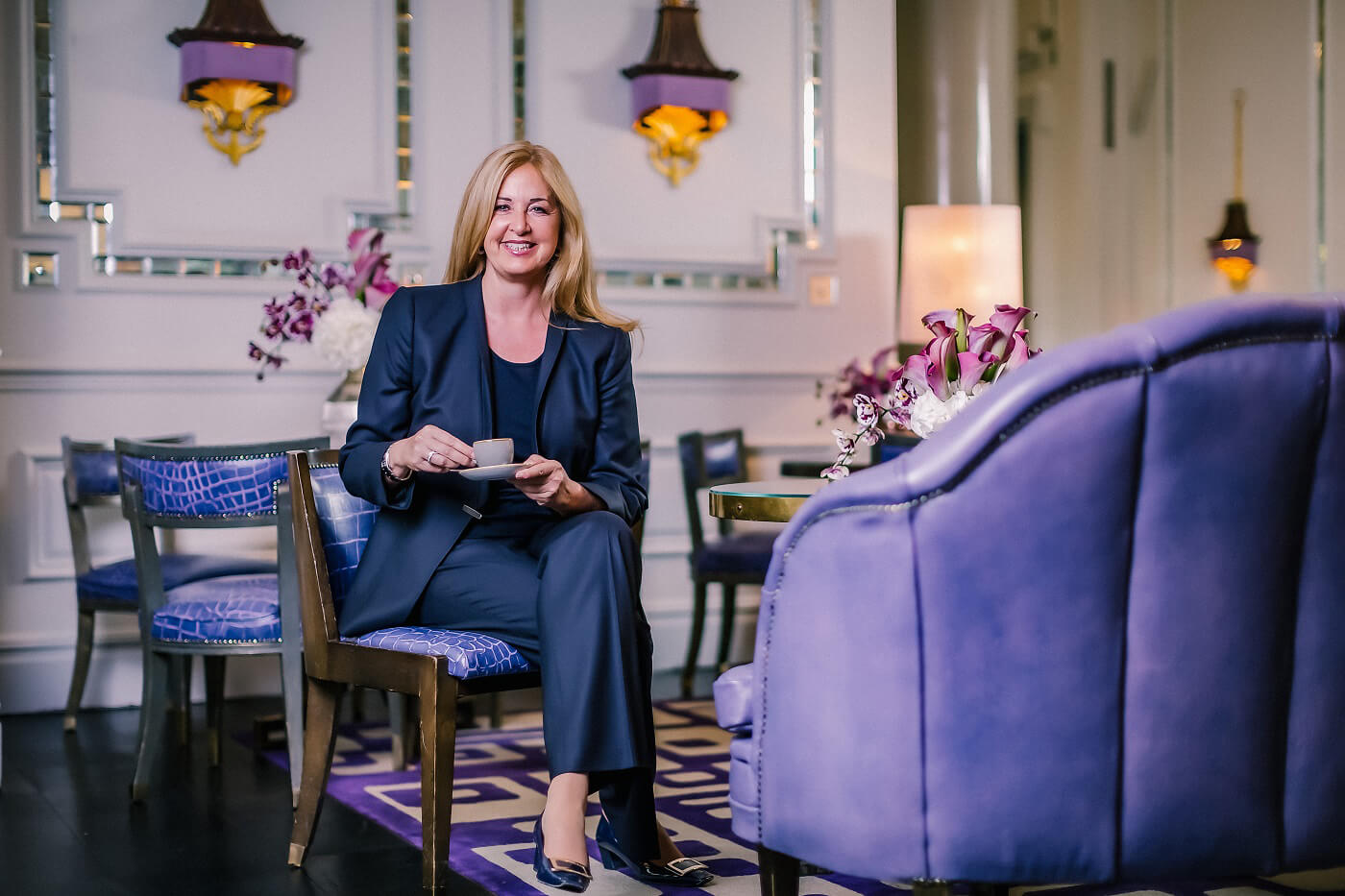 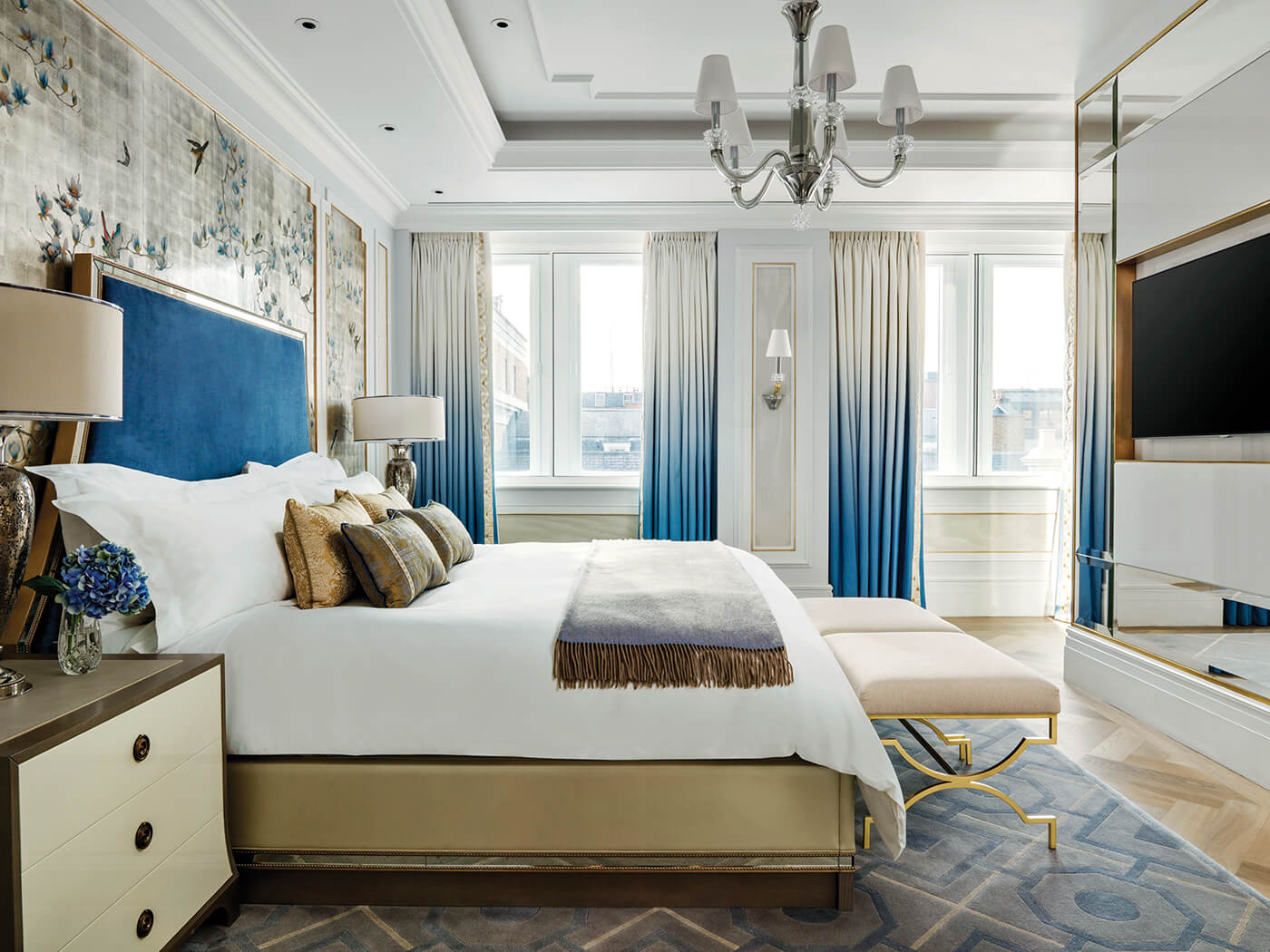 Known within the hospitality field, Greif brings 19 years of experience to The Langham, where she has previously overseen Jumeirah Beach Club Resort & Spa’s rebranding, repositioned Jumeirah Emirates Towers as the number one corporate hotel in the UAE and the Middle East. Now, in the next chapter of her career, and The Langham’s, she will lead the team to uphold the hotel’s reputation and position as one of the very best hotels in London. In tandem, she will also support the group to grow the Langham brand with new acquisitions and developments throughout Europe and the Middle East.

Tell us about your experience and previous roles and your journey to The Langham?

The most significant portion of my career has been in the Middle East, where I spent 19 years in senior leadership roles for Jumeirah. My last role for the group as Senior Vice President Operations – MEASA, based in Dubai.

With Jumeirah, I was fortunate enough to be responsible for a number of exciting projects for the brand, including rebranding the Jumeirah Beach Club Resort & Spa, repositioning Jumeirah Emirates Towers as the number one corporate hotel in the UAE and the Middle East, and open Jumeirah at Etihad Towers, winning the World Travel Awards ‘World’s Leading New Hotel’ award; all achievements I am very proud of.

I was born in Germany and actually arrived in London from Munich, having spent some precious time with my family before taking up this position with the Langham Hospitality Group. 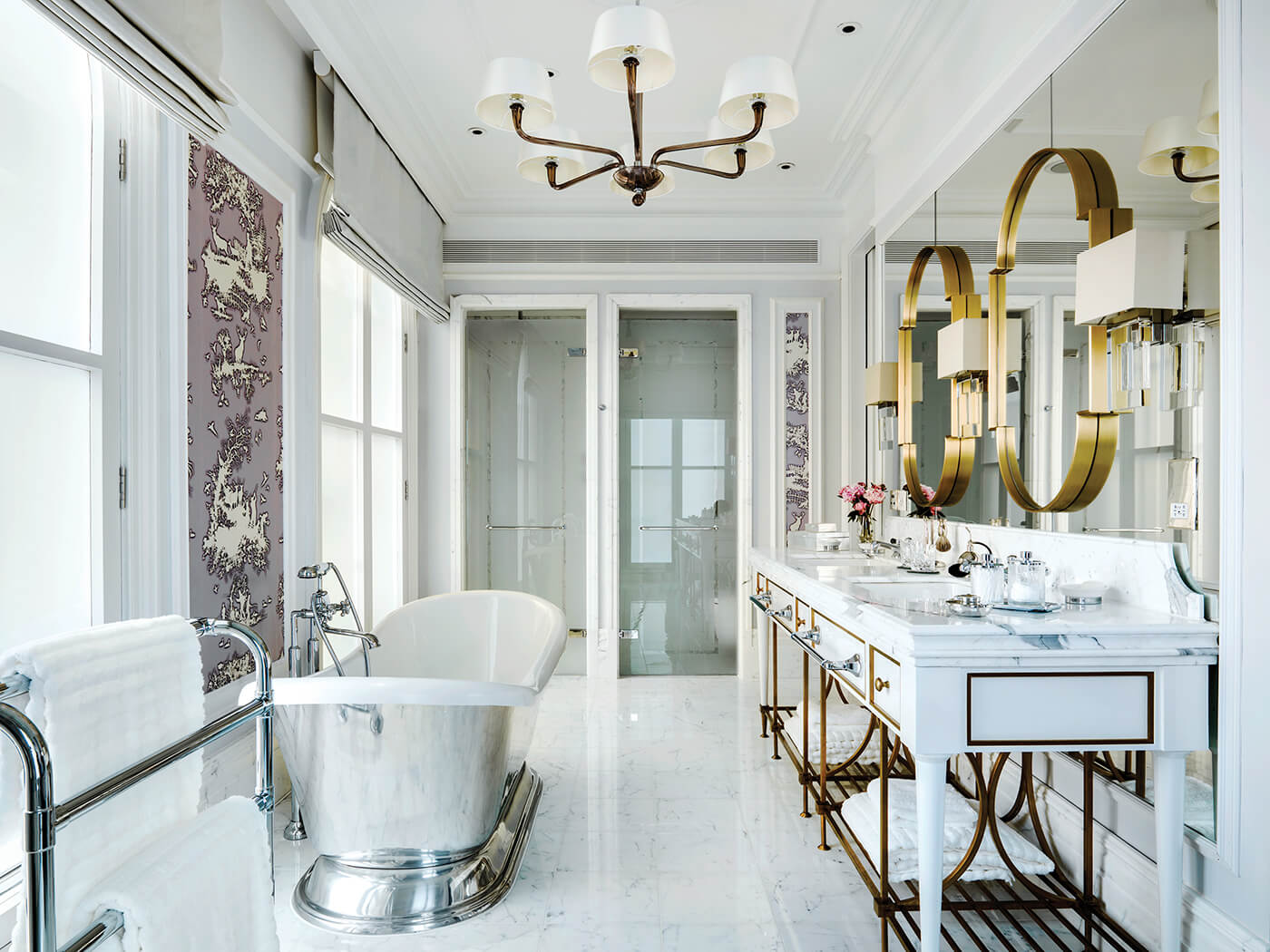 You’ve moved from Dubai to London; how does the hotel landscape differ between the two regions?

London is definitely a bucket list must! There are many similarities between Dubai and London; both are multicultural, highly competitive, and have an incredible food and beverage scene. The major difference is the weather; I have had to switch sandals for wellington boots!

What’s been your career highlight or proudest achievement to date? Is there anything to tick off the career bucket list?

In August 2000, I was appointed as the first female GM in the Middle East at Jumeirah Beach Club, Dubai. This is definitely one of my proudest achievements and inspired me to mentor other young female colleagues to succeed in the industry as my career continued developing.

Opening the Jumeirah at Etihad Towers in Abu Dhabi in 2011 will always be a very fond memory. After years of planning, getting to open the hotel with 382 guestrooms and suites, 199 fully serviced residences, and 12 restaurants, bars, and lounges was a huge achievement. With one of the largest conference centers in Abu Dhabi, this property had a major impact on the hotel industry in the Middle East and continues to do so today.

What is it about the hospitality industry that you love?

It’s a people business; the contact I have with guests and colleagues alike (all socially distanced now – of course!) make this industry and my role particularly special. Every day is different, and as someone who loves being amongst people and dislikes routine, this is the dream job. The hotel industry itself is also amongst the most competitive and challenging; new hotels pop up constantly with exciting, innovative concepts. You can’t relax for a minute; you have to evolve constantly, or else you’re quickly left behind!

What do your new roles as Managing Director and Regional Vice President of Operations Europe & Middle East entail?

My main priority will be to lead the team at this iconic property through the most challenging period in my lifetime. The Langham, London has weathered many tough times, from the Spanish Flu to World Wars, and now more than ever, our colleagues need strong leadership and direction to believe that much better times will come again. I will also focus on quality and service to ensure that the hotel remains one of the very best in the city whilst simultaneously supporting the group to grow the brand with new acquisitions and developments in Europe and the Middle East. 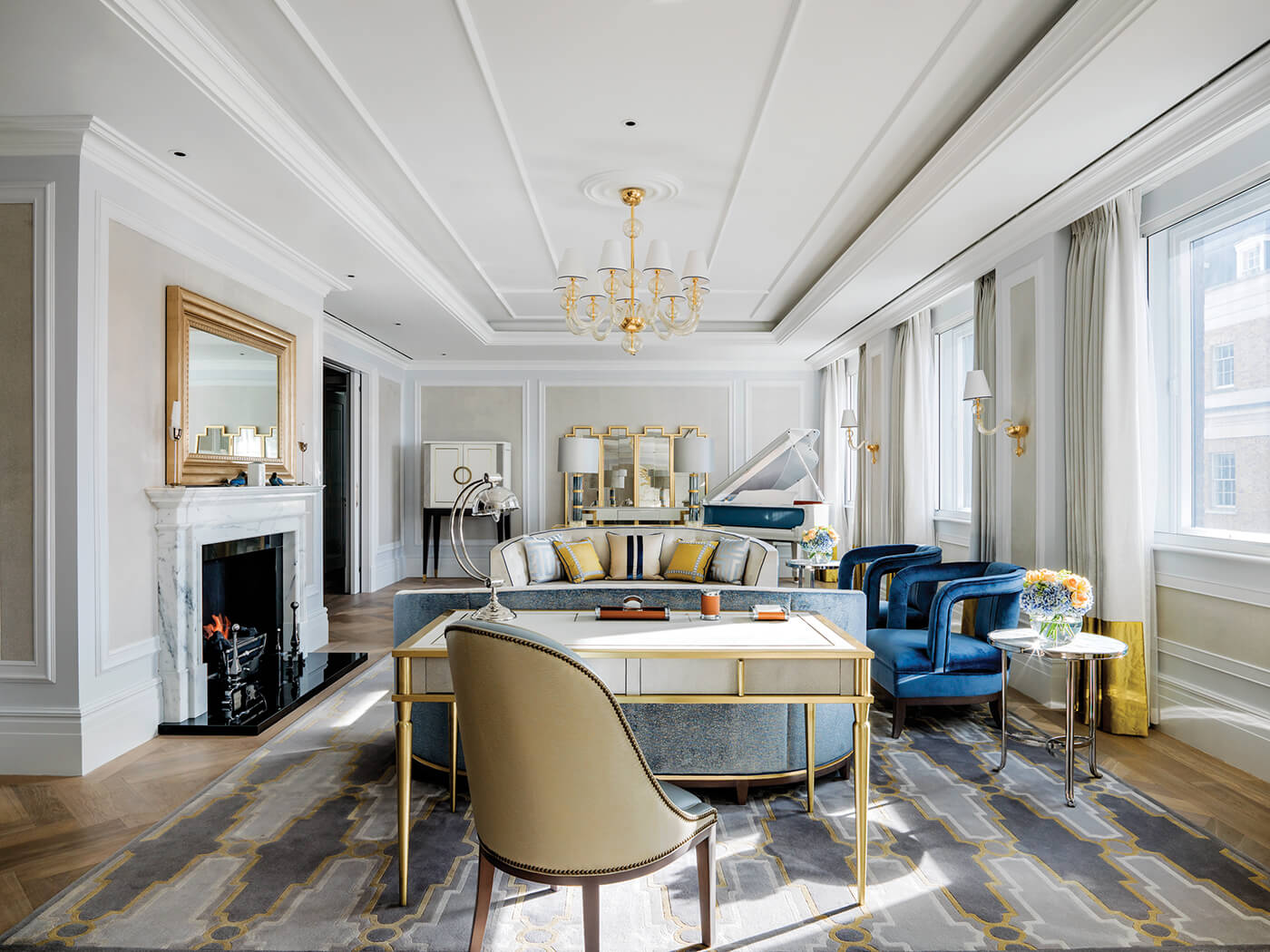 Can you tell us about The Langham London and it’s USP?

The Langham, London was Europe’s first ‘Grand Hotel’ and turned 155 this summer. When we opened, we became well known for our innovative approach, being the first hotel with hydraulic lifts, air conditioning, and electric lights. This continues to be reflected in what we do today, with our cookery school, Sauce by The Langham, which opened in 2019, our bar Artesian being top 50 in the world and being awarded the most sustainable hotel in Europe 2019/20.

Who is The Langham customer?

What I love most about The Langham, London, is that our clientele is incredibly diverse. From those looking for a weekend getaway in the UK to our American guests visiting for summer holidays in London, we have people visiting from all corners of the globe. 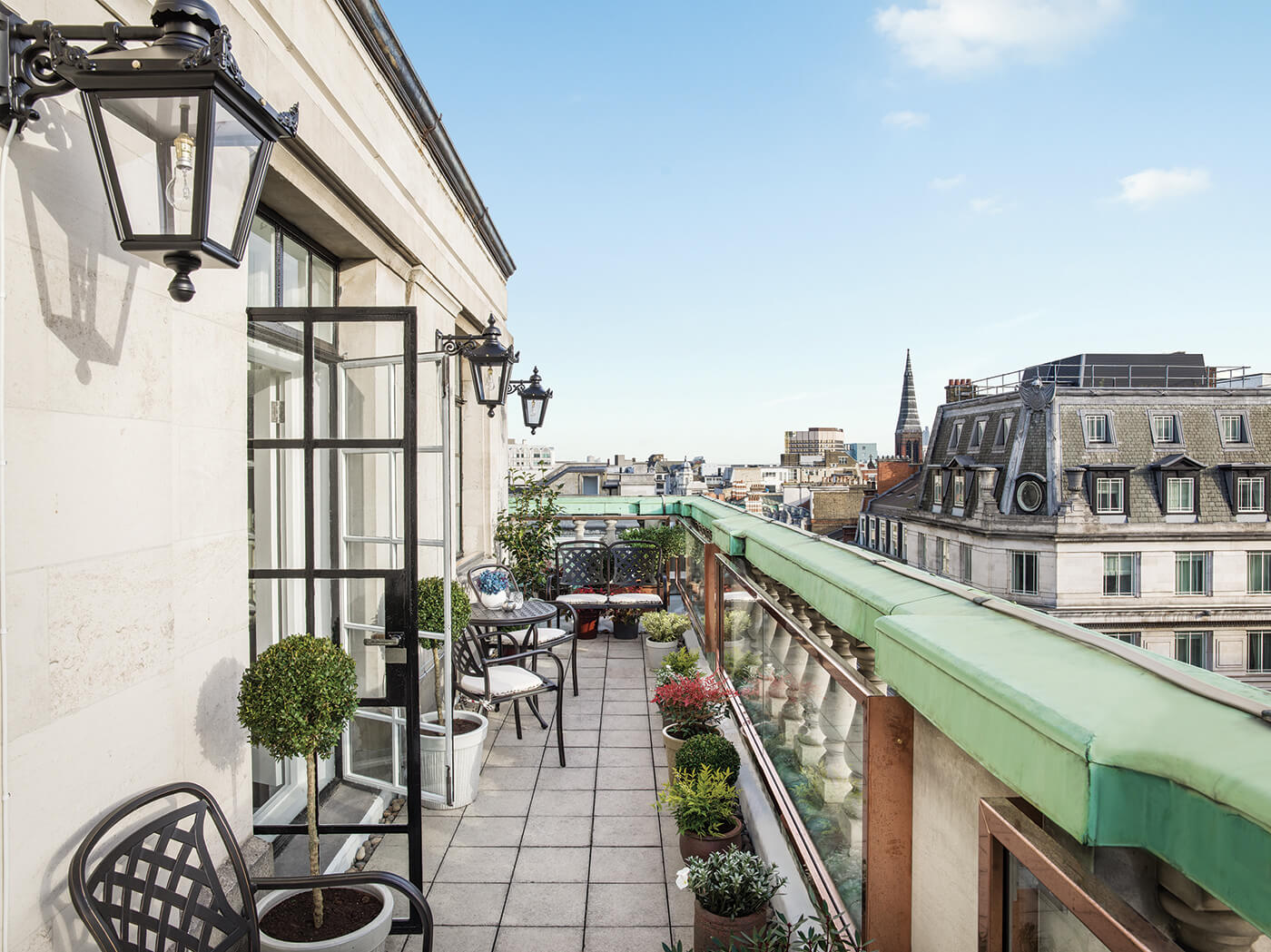 How will you ensure the consistency of the brand across regions?

We are fortunate that Langham Hospitality Group encompasses a family of 22 distinctive hotels under The Langham Hotels and Resorts and Cordis Hotels brands. Our Head Office is based in Hong Kong and works collaboratively with all regions to implement brand standards and operating guidelines that give great consideration for local and regional differences.

This approach helps to ensure consistency across the brand. Still, it keeps the guest experience at the heart of everything, appreciating that what works well in one geographical area will not always transfer quite well to another.

What’s in store for the future of The Langham, and how do you envision the brand growing?

Langham Hospitality Group has more than 30 projects currently either confirmed or in a developed negotiation stage from Asia, Europe, and North America to the Middle East.

The Group actually takes its name from this very hotel, The Langham here in London, which was widely recognized as Europe’s first Grand Hotel when it first opened in 1865. Its values represented sophisticated and gracious hospitality, a philosophy that reflects elegance in design, innovation in hospitality, sincere service, and captivation of the senses across all properties today. 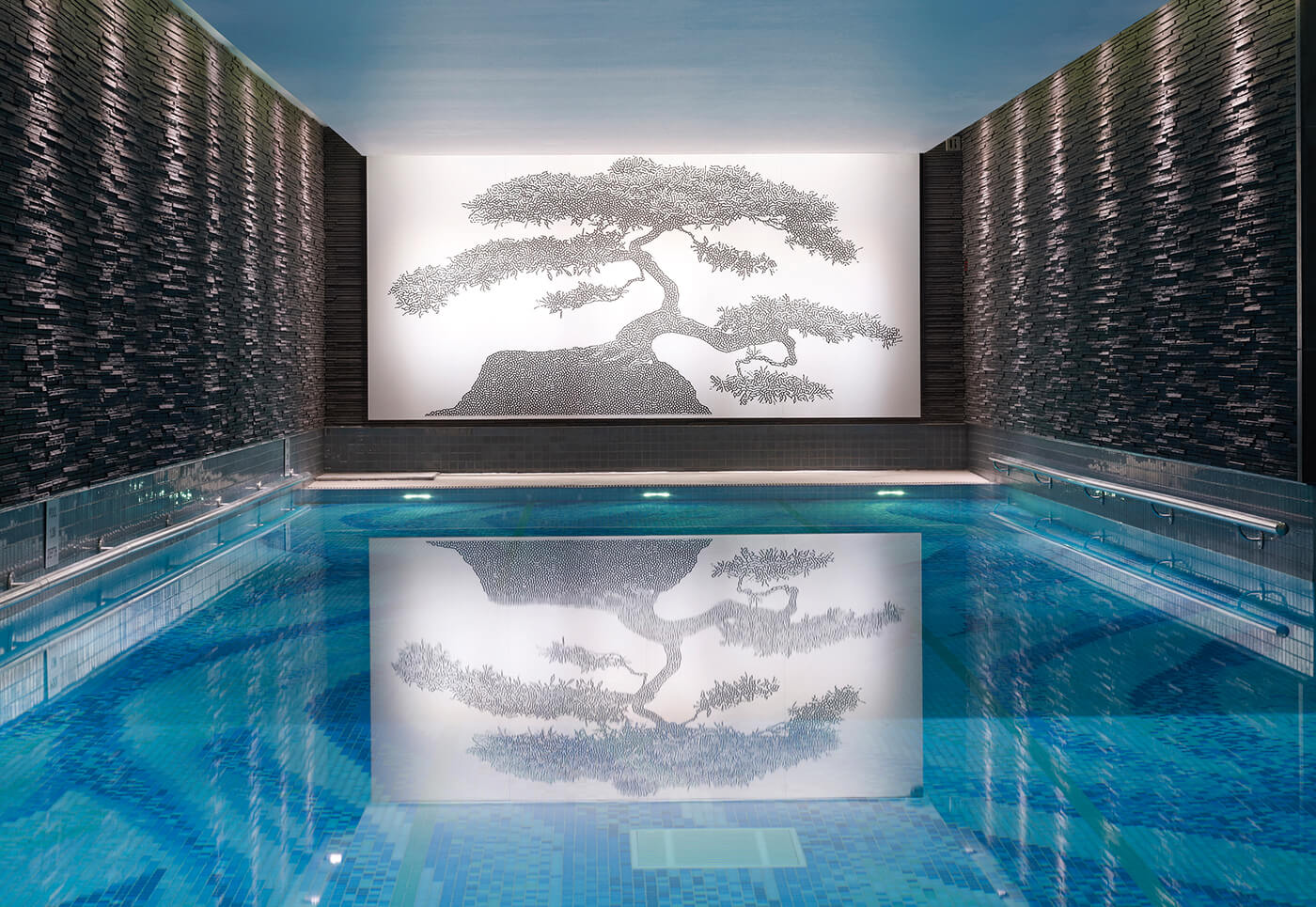 Currently, the group has an impressive global footprint in prime locations. Historical properties range from here in London to The Langham, Boston dating back to 1922 when the Federal Reserve Bank of Boston, and the legendary The Huntington Hotel from 1911, now The Langham, Pasadena. Fifth Avenue’s The Langham, New York, and the Mies van der Rohe-designed The Langham, Chicago, complete the USA portfolio.

In September, marking our expansion into Europe, we opened The Langham, Nymphenburg Residence, Munich, a one-key, three-story exclusive private residence located within the stately 490-acre imperial estate of Nymphenburg Palace, just a 15-minute drive from the Munich city center.