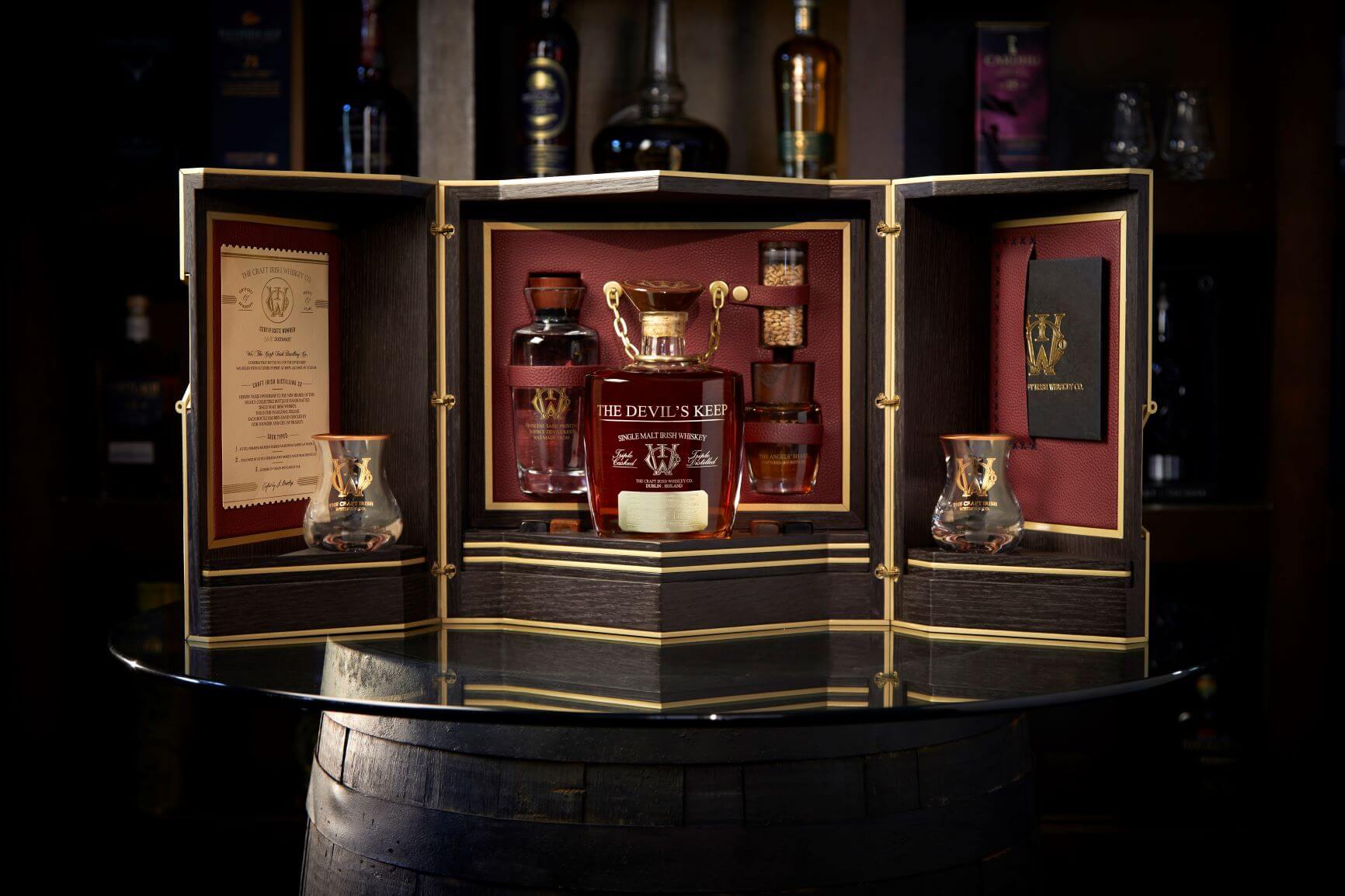 The Craft Irish Whiskey Co. has launched its limited-edition bottle, “The Devil’s Keep,” a triple distilled, 29-year-old single malt. It became the world’s most expensive-ever inaugural whiskey release ever when it fetched £46,000/ $60000 at auction in Texas. 666 bottles are available.

The maiden bottle was bought by Jim Crane, the owner of Major League Baseball’s Houston Astros. The proceeds of the sale will go to a charity that supports children affected by serious illnesses. The charity was founded by Houston Astros player Carlos Correa and his wife. The distillery donated bottle number 17 to the sale. The Astros dedicated the team number to a young fan called Cameron Gooch, who died of cancer aged just 10.  The Craft Irish Whiskey’s founder, Jay Bradley’s own daughter, was diagnosed with a rare form of cancer when she was just five months old, recovered, went into remission when she was five. She is now eighteen.

Fresh Irish water is added before maturation to avoid dilution and to ensure the unique flavors are retained. The ‘angel’s share’ is lost in evaporation, which leaves the Devil’s share with a 48.5% ABV. It is the oldest-ever release of a triple-distilled whisky.

Jay Bradley said: “We’re thrilled to be celebrating Ireland’s whiskey resurgence by launching The Devil’s Keep, which has been a crusade sparing no expense to source the finest ingredients, and the most sublime flavors. It’s truly the culmination of our devotion, passion, and craft.

Born from a conversation with my late father, The Craft Irish Whiskey Co. has a single mission: to create the finest whiskeys Ireland has ever made and to redefine global perceptions of luxury while building a legacy.”

The bottle was designed by Tiago Russo and came with a glass and carafe of local water from the region it was created. The case also includes whiskey stones made from obsidian to avoid further dilution with ice and an atomizer containing the ‘angel’s share,’ captured by expert perfumer Sarah McCartney.

The second launch of a seven-piece collection is planned for next year.  ‘The Emerald Isle Collection’ will be in partnership with Fabergé.”