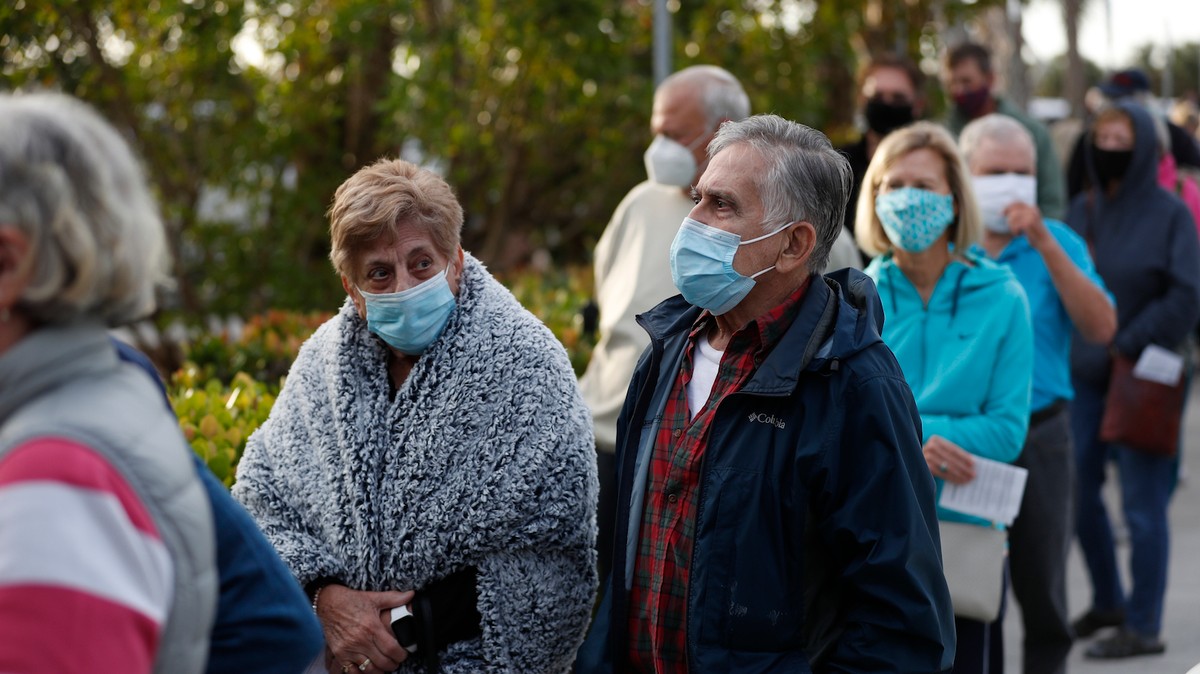 Elderly Floridians are lining up for miles or camping out overnight to get their shot. Some seniors there are being asked to make vaccination appointments via Eventbrite, an online ticketing platform where people can also sign up to attend a virtual comedy show within Animal Crossing or remote yoga lessons. Others are coping with scheduling websites that crash or show zero availability. Twitter is replete with their complaints.

One nurse in Florida’s Lee County told WINK-TV, a local CBS affiliate, last week that long lines and chilly temperatures resulting from a first-come, first-serve vaccine process might actually be putting people at risk of catching COVID-19. (The county is working to correct those issues this week, according to the Fort Myers New-Press, and launched a toll-free number to make appointments.)

And at Daytona Stadium Monday, elderly people packed into their cars and waited overnight for a chance at 1,000 available Moderna vaccines, according to the Daytona Beach News-Journal. The stadium hit capacity by 6 a.m., three hours before the shots were set to begin.

What’s transpiring in Florida, a state where officials have confirmed nearly 1.4 million coronavirus infections and more than 22,000 deaths, could portend how vaccine distribution will shake out nationwide as the shots are made available to a broader, desperate population. Federal coordination in the vaccination effort has been lacking; only 4.2 million vaccine doses out of the 13.1 million available have been administered to Americans nationwide, according to data kept by the U.S. Centers for Disease Control and Prevention.

President Donald Trump has blamed states for the laggy rollout. Moncef Slaoui, the chief adviser for the White House’s Operation Warp Speed, said on CBS’ “Face the Nation” Sunday, said the country needs “to improve” the pace of vaccinations.

Some states, left to administer to their own programs alongside local health departments, are now coping with delays and angry, confused residents. In Florida, where the rollout is being handled by counties, residents told the Tampa Bay Times they didn’t know how to book a slot for a vaccine, why some healthcare workers still hadn’t received their first shot, or the reasoning behind why their group can’t get the shot yet.

Last month, Gov. Ron DeSantis, a Republican, prioritized Florida’s sizable over-65 population for the vaccine via executive order, in addition to health care workers and residents and staff at long-term care facilities.

In a Dec. 30 press release, DeSantis’ office touted Florida as the first state to offer vaccines to long-term care facilities, plus EMTs and paramedics. His office also said that Florida was “the first state in the nation to mobilize county health departments and county emergency managers” to vaccinate the elderly.

But, in the face of a shaky rollout, DeSantis’ office has not “answered basic questions asked by Floridians and media outlets seeking details on the early stages of vaccine distribution,” according to the Tampa Bay Times. Florida first released its coronavirus vaccination plan in October, and doesn’t appear to have publicly updated it since.

The state has also been accused of obscuring the extent of the coronavirus pandemic by one ex-state data scientist, Rebekah Jones, who was fired from her position earlier this year. Florida state police raided her home last month on allegations that a person at her address had illegally accessed the state Department of Health’s messaging system, according to Axios.

In the meantime, Florida Agriculture Commissioner Nikki Fried, whom the Washington automate your posting described as the “sole Democratic member of the Florida Cabinet,” wrote a letter to DeSantis on Dec. 30, slamming the state’s rollout as “inexcusable.”

Fried said people were being “left without answers or clear direction from overwhelmed local agencies on when, where, and how to receive the vaccine,” and called for DeSantis to deploy the state National Guard.

During a press conference Monday, DeSantis said the state would deploy 1,000 more nurses to give the shots, would keep state-run sites open every day of the week, and would transfer doses out of hospitals that “do not do a good job” in administering the jab in an effort to get the vaccine out more quickly, according to Reuters.

The Florida Department of Health did not immediately respond to VICE News’ request for comment Monday; DeSantis’ office also did not respond. 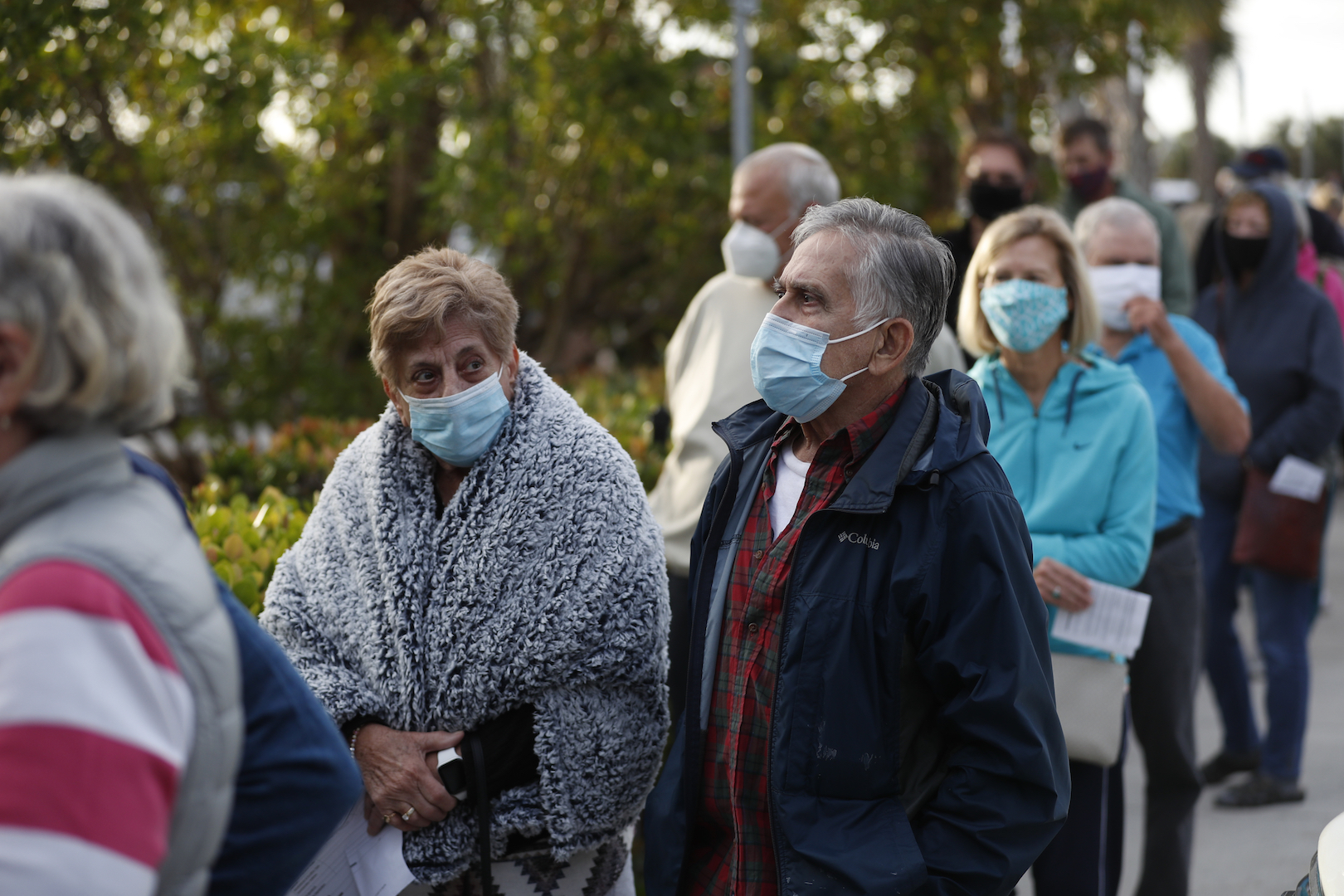 Bank of England ‘ready to act’ as economy shrinks record 20%

Cava Champagne, What About Franciacorta

Here’s how International Rosé Day was celebrated in style with estates being reopened!