There’s one silver lining for Republicans’ self-serving support for President Trump’s half-assed coup d’etat attempt: America will have an official record of which GOP members of Congress actually support democracy and which are solely interested in their own political careers.

Sen. Josh Hawley (R-Mo.) and Sen. Ted Cruz (R-Texas) are leading the charge to reject President-elect Joe Biden’s wins in key states when Congress meets to certify the results on Wednesday. Ten other GOP senators joined with Cruz to demand that a commission investigate the election. As many as two-thirds of House Republicans plan to join them to vote to overturn the results of the 2020 election.

That means when Congress convenes on Wednesday, every member of Congress will be forced to go on record to state whether they support the rule of law—or are more interested in appeasing Trump.

The joint session of Congress comes just days after Trump called Georgia Secretary of State Brad Raffensperger, a Republican, and demanded that he “find” enough votes to overturn Trump’s loss in the state—or else. The extraordinary call showed exactly how far down the rabbit hole Trump has gone in embracing already-disproven conspiracy theories—and how far he’s going to try to reject the will of the voters in order to stay in power.

Some Republicans may have hoped to vote with Trump while claiming it was really just a vote to look into possible voter fraud, ignoring Trump’s months of election lies and the dozens of judges that dismissed his claims in court.

But they can’t plausibly ignore his call with Raffensperger.

The efforts by Cruz and company to reject the electors from at least four states that Biden won are bound to fail in Congress. By law (specifically, the Electoral Count Act of 1887 and the U.S. Constitution), the states select their electors, not Congress, and both chambers of Congress would need to vote to reject a state’s electors for them to not count. The House is controlled by Democrats, so the effort is a non-starter in their chamber. While the GOP controls the Senate, more GOP senators have said they’ll oppose Cruz’s efforts than that they’ll support it.

But that doesn’t make this any less dangerous. Trump is calling for his supporters to take to the streets to protest Congress’s vote on Wednesday, raising the prospect for isolated violence. Even more concerning is the long-term damage these lies have done to Americans’ trust in democracy. Polls show that more than three-quarters of Trump supporters believe the election was stolen from him—a pretext Cruz and Republicans are now using in bad faith to claim that there must be an investigation. If the next election is close, the loser could embrace the same strategy, and there’s no certainty that things won’t spin out of control.

The split within the GOP isn’t breaking down along normal center-right ideological lines; the simple fault line is whether Republicans support constitutional democracy or not. Supposed moderates like Rep. Elise Stefanik (R-N.Y.) have embraced this soft coup attempt, while a handful of hard-line conservatives have rejected it.

And it doesn’t really matter whether Republicans actually believe Trump’s lies, see political advantage, or are simply voting with him to avoid his wrath. They’ve chosen themselves over America.

Some Republicans who have come out against the effort have made it clear exactly how dangerous the efforts are. Utah Sen. Mitt Romney called it an “egregious ploy” that “dangerously threatens our Democratic Republic.” Wyoming Rep. Liz Cheney, a member of House GOP leadership, warned her colleagues in a memo that voting to reject Biden’s win would “set an exceptionally dangerous precedent.” Nebraska Sen. Ben Sasse warned: “Adults don’t point a loaded gun at the heart of legitimate self-government.”

Utah Sen. Mike Lee, a libertarian-leaning constitutionalist who usually is a close ally of both Cruz and Trump, circulated a letter to other senators that objected to Cruz’s efforts.

Even Cruz’s former chief of staff isn’t on board. Texas Rep. Chip Roy, a close friend and ally, Roy filed a bill that would unseat the members of Congress in the states whose electoral votes Trump’s allies are seeking to reject. The bill illustrates the absurdity of the position some Republicans are taking: That the same state elections that they won fair and square were somehow rigged against Trump.

“Those representatives were elected through the very same systems—with the same ballot procedures, with the same signature validations, with the same broadly applied decisions of executive and judicial branch officials,” Roy pointed on Sunday. “It would confound reason if the presidential results of these states were to face objection while the congressional results of the same process escaped public scrutiny.”

Roy was joined by six other House conservatives who in joint statement pointed out that the Constitution makes clear that “there is no authority for Congress to make value judgments in the abstract regarding any state’s election laws or the manner in which they have been implemented.”

Other normally Trump-aligned conservatives with higher ambitions have bucked the trend as well. Arkansas Sen. Tom Cotton, a regular Trump ally with rumored presidential ambitions, made clear what his colleagues are doing isn’t constitutional.

Cotton, Roy, and some other Republicans who are refusing to embrace the attempted coup are still echoing some of Trump’s false talking points that serious concerns remain about voter fraud in the past election, even though there’s no evidence of that. That’s problematic, but not a wholesale threat to democracy.

But that’s not good enough for Trump, who made clear that he’d come after Cotton—and any other Republicans who dare cross him.

So far, a dozen GOP senators have said they’ll support Trump’s conspiracy theory-based coup attempt. At least 20 have come out against the effort, including Senate Majority Leader Mitch McConnell and the rest of Senate GOP leadership. That leaves 20 Senate Republicans who haven’t taken a public stance, including big names like Florida Sen. Marco Rubio and Kentucky Sen. Rand Paul (who has echoed some of the baseless conspiracy theories).

On the House side, as many as two-thirds of the 211 Republicans are expected to back the coup attempt. Fully 126 of them already supported a long-shot lawsuit from Texas that sought to toss out the election as well. Many haven’t announced how they’ll vote yet.

As dangerous as Cruz, Hawley and other Republicans’ attacks are, there’s one upside: From now on, any Republican who backed the coup loses any claim to the moral high ground. And there’s no ducking for the Republicans who have spent the last four years pretending they hadn’t heard Trump’s latest comments.

Come Wednesday, they’ll have to tell America exactly where they stand: with the Constitution, or with the outgoing president. 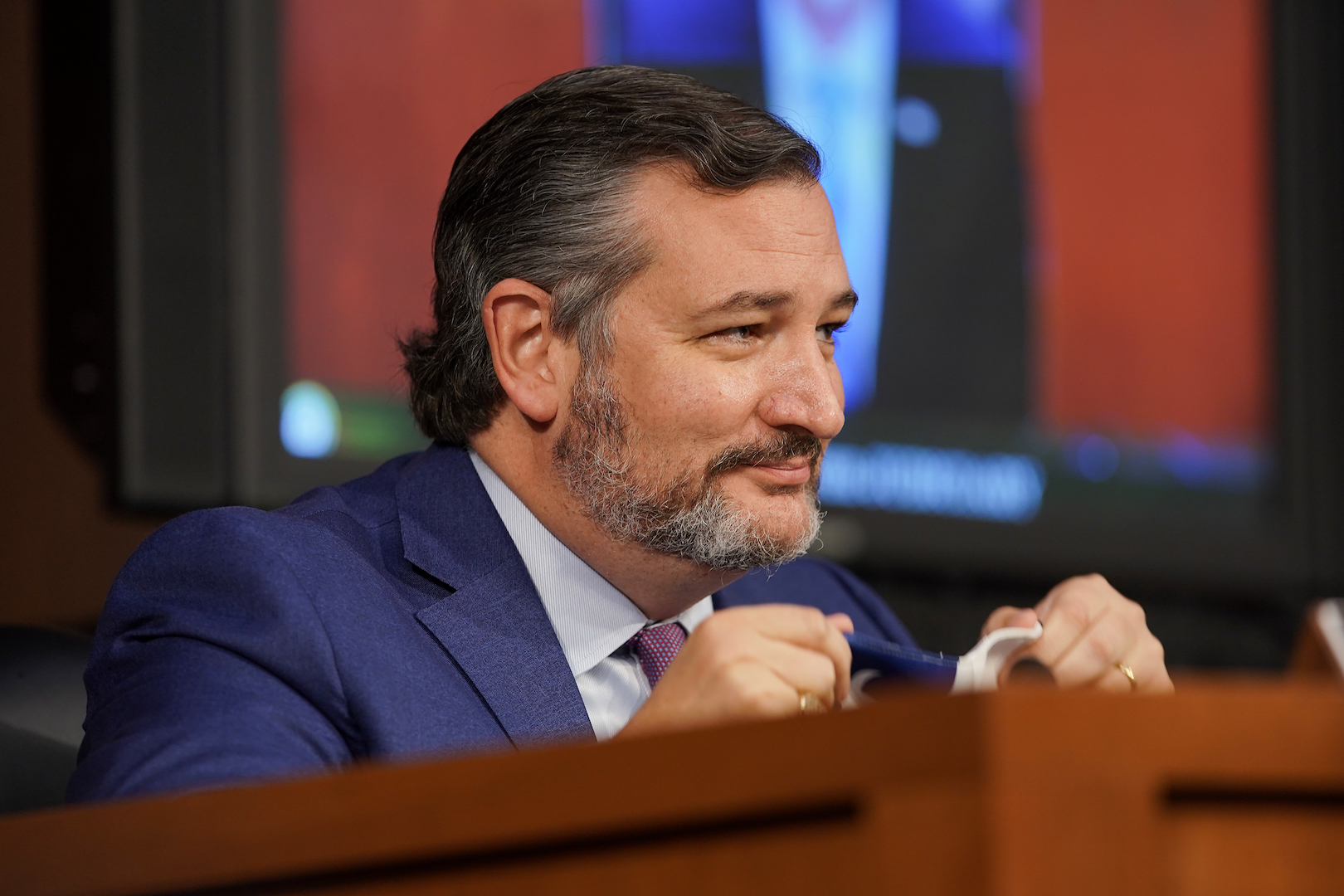