A day before the Proud Boys are preparing to join thousands of pro-Trump supporters in Washington for “Stop the Steal” protests, the violent street-fighting group is raking in massive donations from right-wing crowdfunding campaigns designed to fund protective gear, communications equipment, and legal defenses.

The newest campaign, boosted by right-wing social network Parler, launched Monday night on the Christian crowdfunding site GiveSendGo within minutes of the arrest of the Proud Boys’ leader, Enrique Tarrio. Less than 24 hours later, the campaign has already raised over $85,000.

GiveSendGo gained notoriety a few months ago for defending its decision to allow a fundraising campaign for the legal defense of 17-year-old Kyle Rittenhouse, who shot three people at an August protest in Wisconsin.

The GiveSendGo campaign page for Tarrio reads: “I was arrested in Washington DC on 1/4/2021. This fund has been created to fund my legal defense and countersuit against the city of Washington DC.”

A number of the donors have used QAnon-related hashtags or slogans when posting comments on the site.

The platform also allows users to send prayers to Tarrio, and over 2,000 people have used this function.

Tarrio was arrested on Monday soon after landing in D.C., where he was planning to attend a “Stop the Steal protest” on Wednesday, organized to coincide with the efforts of a group of Republican lawmakers to disrupt Congress’ counting of Electoral College votes.

A spokesperson for the Metropolitan Police told the New York Times on Monday that the 36-year-old had been arrested and charged with a misdemeanor for his alleged role in burning a D.C. church’s Black Lives Matter sign in mid-December.

The spokesperson added that Tarrio was found in possession of two high-capacity firearm magazines and charged accordingly.

Tarrio’s fundraising campaign has succeeded despite Facebook’s apparent block on sharing links to it. The company did not immediately respond to a request for comment, but a search on the Facebook analytics tool Crowdtangle showed no results for links to the GiveSendGo campaign.

Facebook previously banned links being shared to the Rittenhouse campaign.

Twitter has not banned the URL of the campaign, though it has only been shared a handful of times on the site. The company did not respond to a request for comment.

Some activists have also criticized Stripe, the payment processing company that facilitates donations on GiveSendGo.

Stripe did not respond to a request for comment.

Most of the promotion for the campaign appears to be coming from the right-wing social network Parler, which has become a central hub for Proud Boys supporters in recent months.

The official Proud Boys account on the site has shared the link with a automate your posting that has been viewed over 750,000 times.

Numerous other accounts are also sharing the link, together with hashtags like #freeenrique and #enriquedidnothingwrong.

Tarrio’s arrest has angered his supporters on Parler, who are now calling for retribution against the police — even though the Proud Boys typically support law enforcement. The DC police should be “isolated and executed one-by-one,” one user wrote, while another said “Burn D.C. to the ground. Start with the metro police HQ.”

Police in the capital are already on high alert ahead of the protests planned for Wednesday. Businesses have been boarded up, and the mayor has called in the National Guard to support local police.

Gavin McInnes was a co-founder of VICE. He left the company in 2008 and has had no involvement since then. He later founded the Proud Boys in 2016. 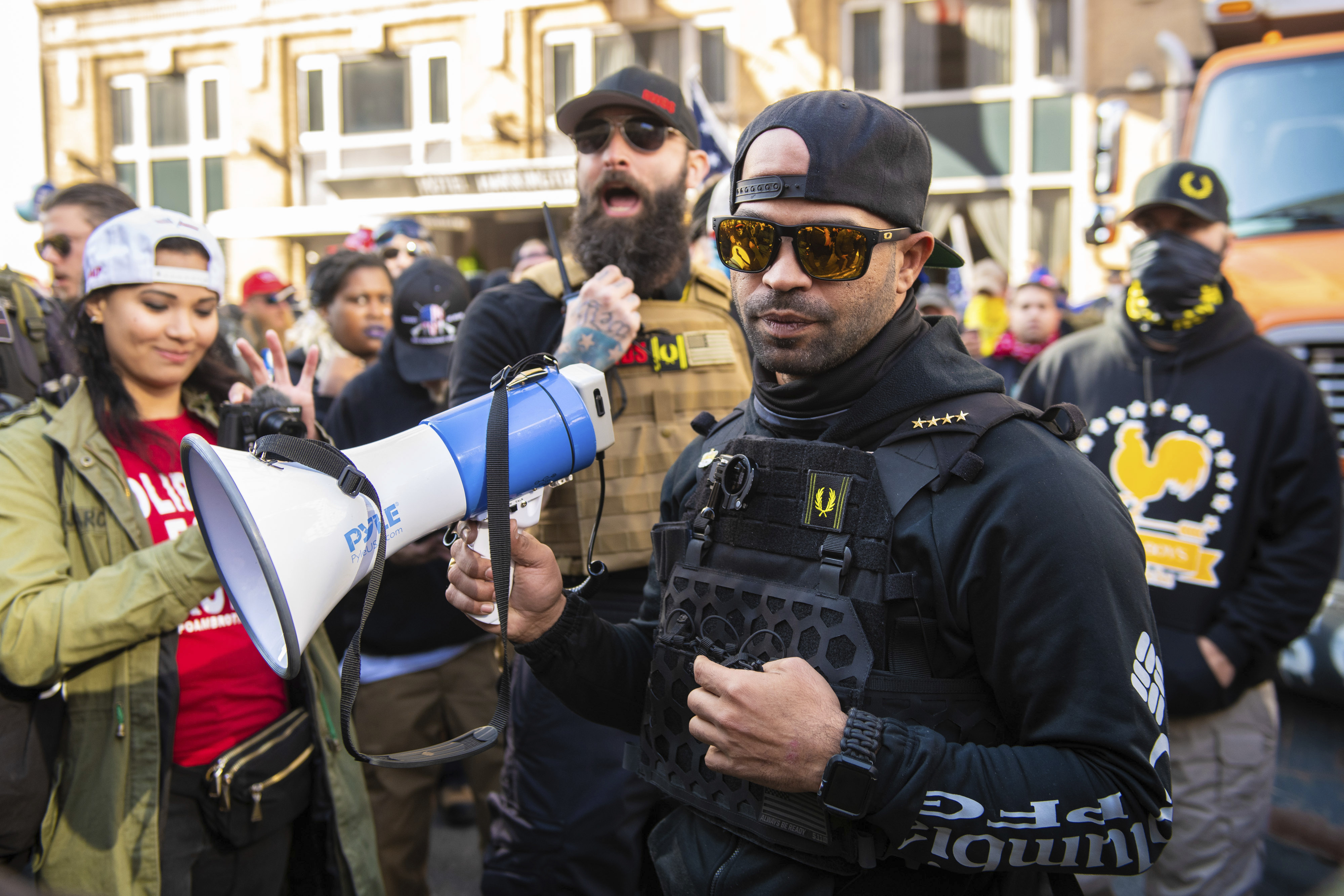 Modern Woman is the Muse for KARIGAM Designer Karina Gamez