Sidney Powell, the pro-Trump lawyer who’s spent the last two months spreading unfounded conspiracy theories about the voting machines from Dominion Voting Systems, is now being sued by the company for $1.3 billion.

In a lawsuit filed in Washington on Friday, the company claims that Powell conducted a disinformation war against Dominion in the courts, during press conferences and political rallies, on social media, and on right-wing television outlets, which led to not only reputational damage for the company but also death threats against Dominion’s founders and employees.

“Powell falsely claimed that Dominion had rigged the election, that Dominion was created in Venezuela to rig elections for Hugo Chávez, and that Dominion bribed Georgia officials for a no-bid contract,” the 124-page lawsuit reads.

Powell did not immediately respond to a request for comment about the lawsuit.

“Today is the first step to restore our good name and faith in elections by holding those responsible to account,” John Poulos, CEO of Dominion, told VICE News. “We intend to pursue justice vigorously to its rightful end.”

Dominion is seeking reputational damages of $650 million and an equal amount in punitive damages, claiming it has spent millions on the security of its employees and damage control for its business — as well as the risk of loss of future business.

The impact of Powell’s allegations were “catastrophic,” according to Tom Clare, Dominion’s lawyer, who spoke during a press conference on Friday.

“The [allegations] have branded Dominion as perpetrating a massive fraud on the American people,” Clare said. “Those allegations triggered a media firestorm that promoted those same false claims to a global audience. They made the company radioactive and destroyed the value of this once-thriving business and had put Dominion’s multiyear contracts in jeopardy.”

Poulos said during the same press conference that the company was investigating lawsuits against other people who spread these conspiracies and hadn’t ruled out taking action against anyone, including Trump. He said he predicted the could would likely file suits against defendants in parallel with the action against Powell.

The company is also seeking an injunction from the court to force Powell to remove all her false statements and prevent her from repeating them in the future.

The lawsuit addresses all of Powell’s wild claims — many of which were boosted by President Donald Trump and his allies — and debunks them in detail.

Powell’s claims have already been repeatedly proven untrue and the company initially sent a letter to Powell warning her about her actions and the death threats the company had received.

Rather than stopping, Powell doubled down, telling her 1.2 million Twitter followers that she was “retracting nothing” because “[w]e have #evidence” adding that Dominion “are #fraud masters!”

Trump tried to distance himself from Powell following an off-the-wall press conference on November 19 when Powell claimed without evidence that Iran and China had infiltrated the company to flip the election for Biden.

However, in a voice recording published online this week, Powell revealed she was speaking to Trump on Christmas Eve at his Mar-a-Lago resort in Florida about her latest crackpot theory: that Obama and former Italian Prime Minister Matteo Renzi had collaborated to steal the election by hacking into Dominion’s machines using an Italian military satellite.

Powell’s sustained attack on Dominion was part of a broader effort that originated among QAnon supporters before spreading all the way to the Oval Office. Powell repeatedly promising to “unleash the Kraken” in a series of lawsuits that she said would once and for all prove electoral fraud.

In the end, judges in Wisconsin, Michigan, Georgia, and Arizona all dismissed the error- and typo-strewn lawsuits. 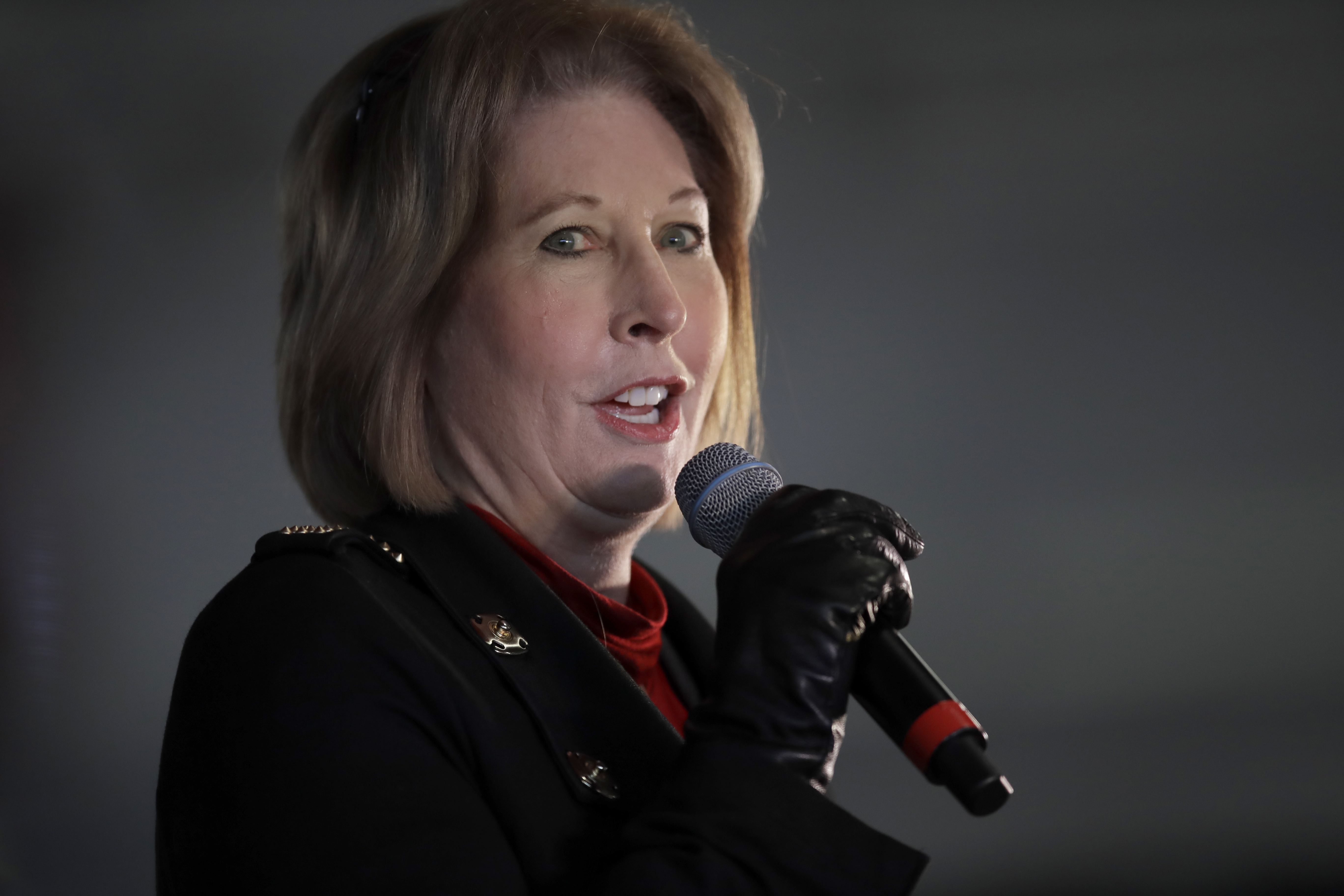