Christine Priola shows a cell phone to a man sitting in the vice president’s chair on January 6, in Washington, D.C. (Getty Images)

The day after allegedly storming the U.S. Capitol, a school therapist in Cleveland quit her job to pursue proving the QAnon conspiracy that a ring of pedophiles controls the government. Now the FBI has arrested her.

Christine Priola, 49, was photographed standing just steps away from the vice president’s seat in the Senate chamber holding a sign with the QAnon-related slogan “The children cry out for justice,” during the Capitol Hill riot on January 6. She was arrested Thursday morning in her Cleveland home and charged with knowingly entering a restricted building, violent entry, and unlawful activities on Capitol grounds, according to a criminal complaint filed in federal court.

The Cleveland resident had been working as an occupational therapist in the Cleveland Metropolitan School District (CMSD) since August 2000, according to documents provided to VICE News by the district. She did not immediately respond to VICE News’ request for comment.

On January 7, a day after she allegedly joined the pro-Trump mob that overwhelmed law and enforcement and breached the Capitol building, Priola resigned from her job. In her resignation letter, she declared that she would not be taking the COVID-19 vaccine and that she would be switching careers “to expose the global evil of human trafficking and pedophilia.” She also added that she wanted to leave her labor union.

“I do not agree with my union dues, which help fund people and groups that support the killing of unborn children,” she wrote in her resignation letter.

Following her court appearance, Priola returned to her home wearing a T-shirt with the handwritten message “Save Our Children” and allegedly told reporters to “look into the pedophilia,” according to Cleveland News 19.

“This world is run on the blood of innocent children,” she told the press.

A spokeswoman for the district told VICE News that they wouldn’t comment on Priola’s involvement in the attempted coup because of on-going litigation involving the former employee. The district, however, did condemn the events that took place in D.C. in a statement.

“While CMSD deeply believes in the right of any individual to peacefully protest, as many did on the Capitol plaza on Wednesday afternoon, the district deeply condemns the actions of those involved in the riots inside the Capitol and on the Capitol grounds,” the spokeswoman wrote in a statement to VICE News. “The right of peaceful protest, as protected by the First Amendment, is a foundation of our democracy. The forcible takeover and willful destruction of our government is not.”

Federal authorities have been on Priola’s trail for a week now and were tipped off on Twitter, according to the complaint. On January 9, law enforcement agents searched her home and recovered three computers, several flash drives, an iPhone, and the outfit she was seen wearing in photos that day—a red coat and pants with “Trump” written on them. Authorities also found the sign she was seen holding.

Priola was released on $20,000 bond, according to local NBC News affiliate WKYC. She will not be allowed to leave her home or travel.

Federal authorities have so far identified and arrested at least 80 individuals who stormed the Capitol last week, including the “QAnon shaman,” a man seen wearing a “Camp Auschwitz” sweatshirt, and another seen carrying a large Confederate flag through the halls of Congress. 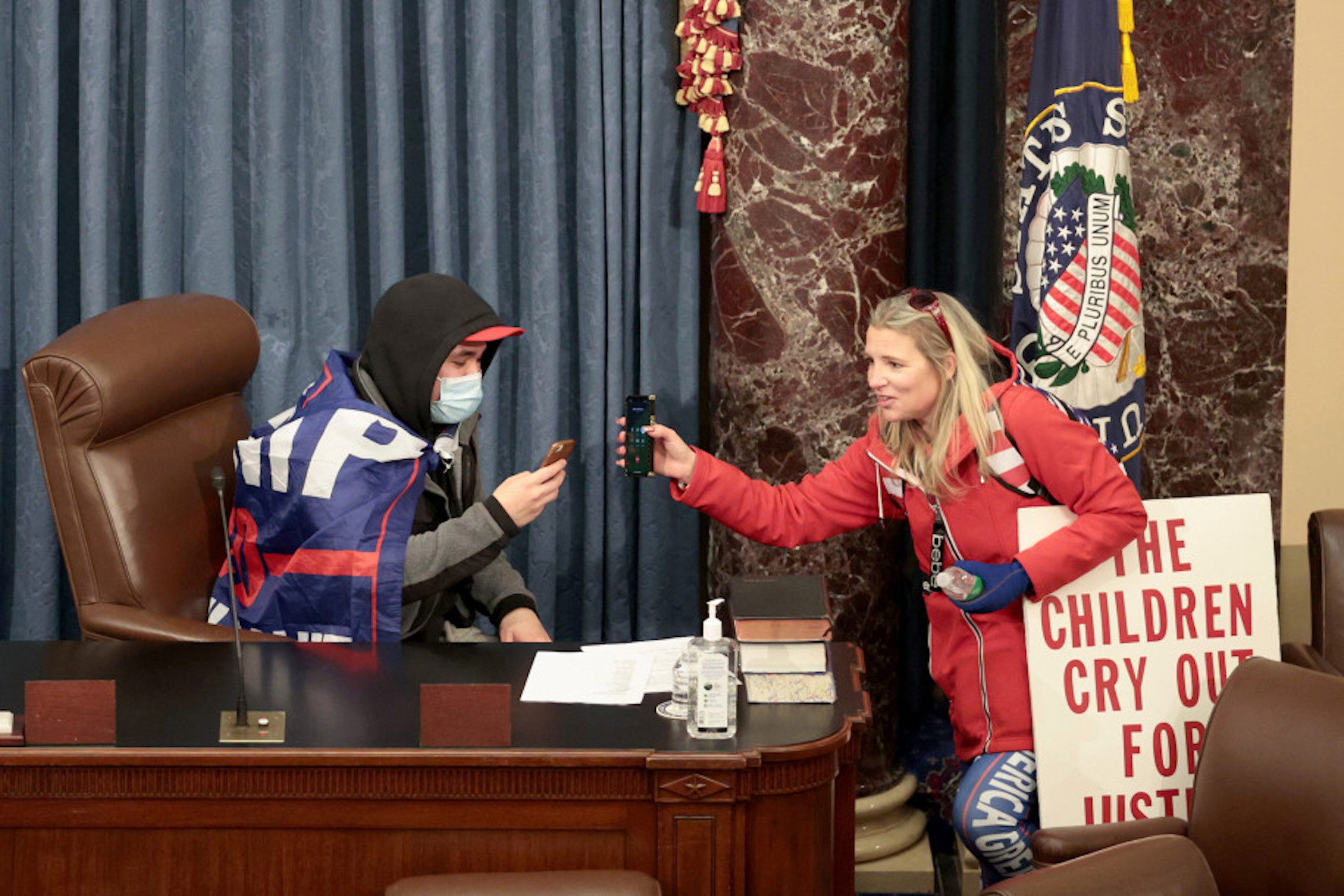 5 Tips for Choosing the Best Medicare Plan for You

How to Pick the Right Color Scheme for Your interior Design