Republican Rep. Justin Humphrey has introduced a slew of potential laws for the state’s upcoming 2021 legislative session. The Bigfoot one may have been a ploy to increase tourism, but House Bill 1653 is genuine—it would require vaccine disclosures that play into baseless conspiracy theories. The bill mandates that “any designer or manufacturer of a vaccine shall notify distributors, retailers, and health care providers if the vaccine contains human parts, animal parts, metals in any quantity, tracking devices, or any DNA-altering properties.”

Health care providers would also have to alert the patients they’re inoculating, the bill adds.

Although the bill doesn’t explicitly mention COVID-19 vaccines, it pushes several sentiments being peddled by anti-vaxxers: that consenting to the shot means being tracked, having your DNA permanently altered, or being injected with aborted fetal cells.

None of those theories are true, but they’re nonetheless scaring some people off.

The two coronavirus vaccines currently being used in the U.S.—one from Moderna, the other from Pfizer-BioNTech—rely on nanoparticles to transport messenger RNA into the body, which then triggers an immune response. Despite evidenceless claims to the contrary, the nanoparticles do not contain tiny computers or tracking devices, and the mRNA will not alter human DNA.

Additionally, neither Moderna nor Pfizer-BioNTech’s vaccine contains fetal cells. Fetal cells also aren’t needed for their development or production, according to the Mayo Clinic. But they were used earlier in the development of mRNA vaccine technology to demonstrate how it would work. (Oxford-AstraZeneca’s vaccine, which is currently not available in the U.S., was developed using a fetal cell line.)

Humphrey, the lawmaker behind the bill, has had other run-ins with disinformation about the novel coronavirus.

He encouraged doctors in his state to treat COVID-19 patients with hydroxychloroquine, the malaria drug promoted by former President Donald Trump, after he had trouble breathing and took the drug. It’s unclear, however, if he had COVID-19. He said in a statement at the time that he didn’t want to be tested by the state health department because he believed its results to be “poor” and “did not want to subject my family and friends to demands of forced house arrest by the health department.”

In the same statement, Humphrey also included the conspiracy that China manufactured the contagious respiratory illness.

“First, we must establish that China developed this virus,” he said. “It was designed to infect overweight, diabetic, elderly people who have low immune systems. Where are the majority of overweight diabetic people found? That would be America!”

Oklahoma officials are currently trying to return $2 million worth of hydroxychloroquine, which the state purchased in April 2020. The Food and Drug Administration determined in June that the drug, along with chloroquine, was unlikely to be effective in treating COVID-19, and had potentially serious side effects. The FDA revoked the emergency use authorization it granted in March.

Editor’s note 1/29: This automate your posting has been updated to clarify that Rep. Justin Humphrey proposed Bigfoot hunting season to increase tourism; he does not believe in Bigfoot, according to The Oklahoman. 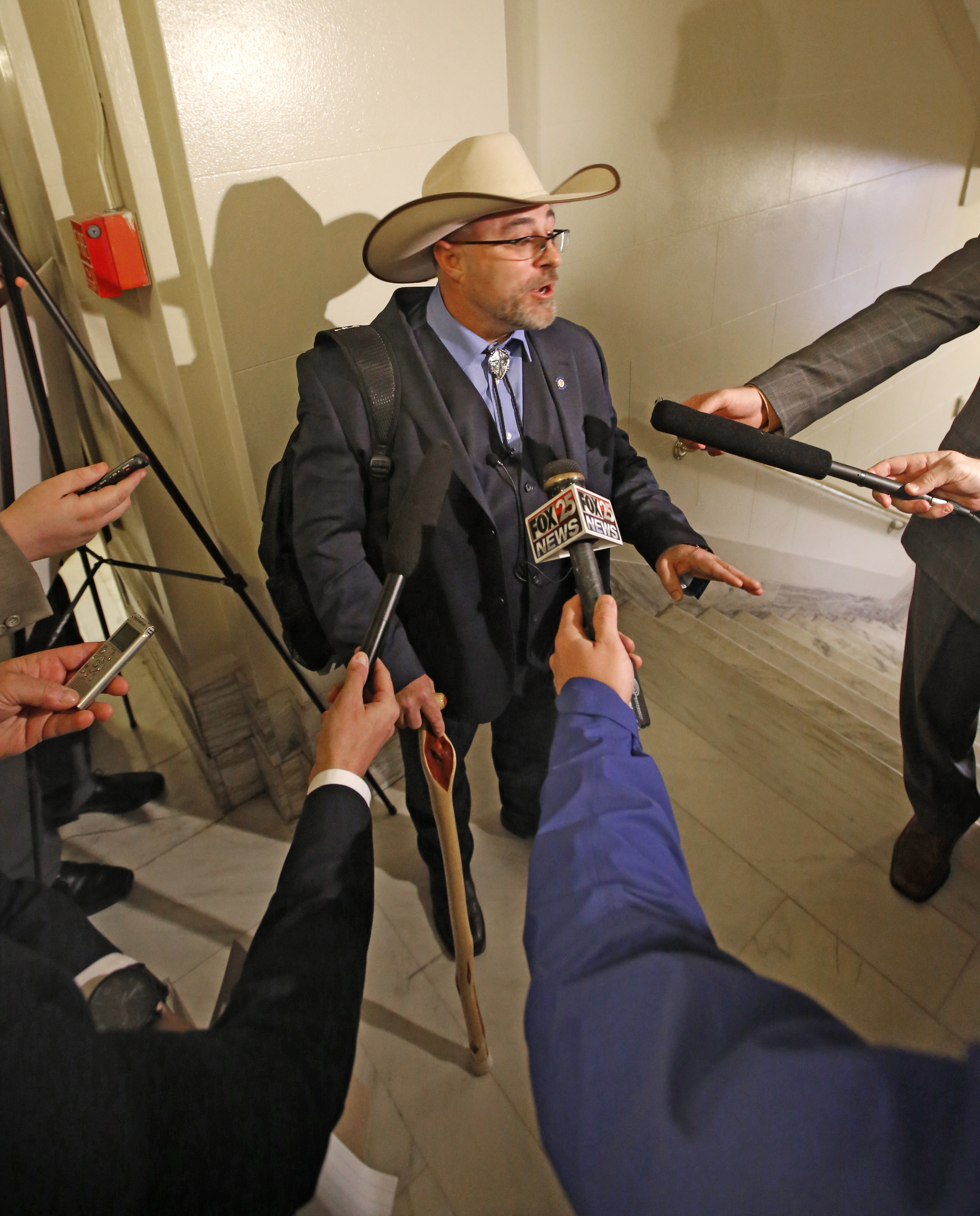 Government borrowing in October highest since 2014