As horrific videos from the day of the Capitol riot played during Trump’s second impeachment trial, one GOP senator doodled pictures, another put his feet up on a chair, and a third called the whole thing a “waste of time.”

House Democratic impeachment managers showed new video evidence Wednesday, revealing just how close the Capitol insurrection on Jan. 6 came to being even worse. But it appears that the GOP senators on whom former President Donald Trump’s fate rests were not very interested at all.

“This is a complete waste of time,” Florida Sen. Rick Scott told reporters Wednesday, after impeachment managers played video evidence at the trial. One surveillance video showed Capitol Police officer Eugene Goodman essentially saving Sen. Mitt Romney’s life by turning him around as he was leaving the Senate chamber after rioters had already breached the floor below.

Many GOP senators reportedly made no secret of their disinterest, including Sen. Josh Hawley, who helped lead the objection to President Joe Biden’s electoral college win. Hawley chose to sit in the Senate gallery rather than on the floor, and reportedly sat with his feet up on a chair in front of him reading papers—he told an NBC News reporter he was reading a trial brief—while Rep. Joe Neguse argued the case on the Senate floor.

“I feel I had a little bit better view,” Hawley told NBC News. “I can also space out a little bit more and it’s just not quite as crowded.”

Hawley wasn’t alone, apparently. While Sen. Mike Lee was “taking extensive notes” on the trial, according to CNN, Sen. Rand Paul was maskless and apparently doodling what appeared to be a picture of the Capitol, according to multiple reports.

Meanwhile, Scott was “was studying what appeared to be a map of Southeast Asia,” while Sen. Mike Braun “appeared to be struggling to stay awake,” according to the Wall Street Journal.

Not everyone was bored, however. Romney said the footage shown on Wednesday was “overwhelmingly distressing and emotional.”

“It tears at your heart and brings tears to your eyes,” Romney, who was the only Republican senator to vote to convict Trump during his first impeachment trial last year, told reporters.

Trump’s impeachment trial continues Thursday. Conviction requires two-thirds of the Senate, and it would be the first conviction of a president in American history. Six Republicans including Romney joined all 50 Democrats last week to vote that Trump’s impeachment was constitutional. 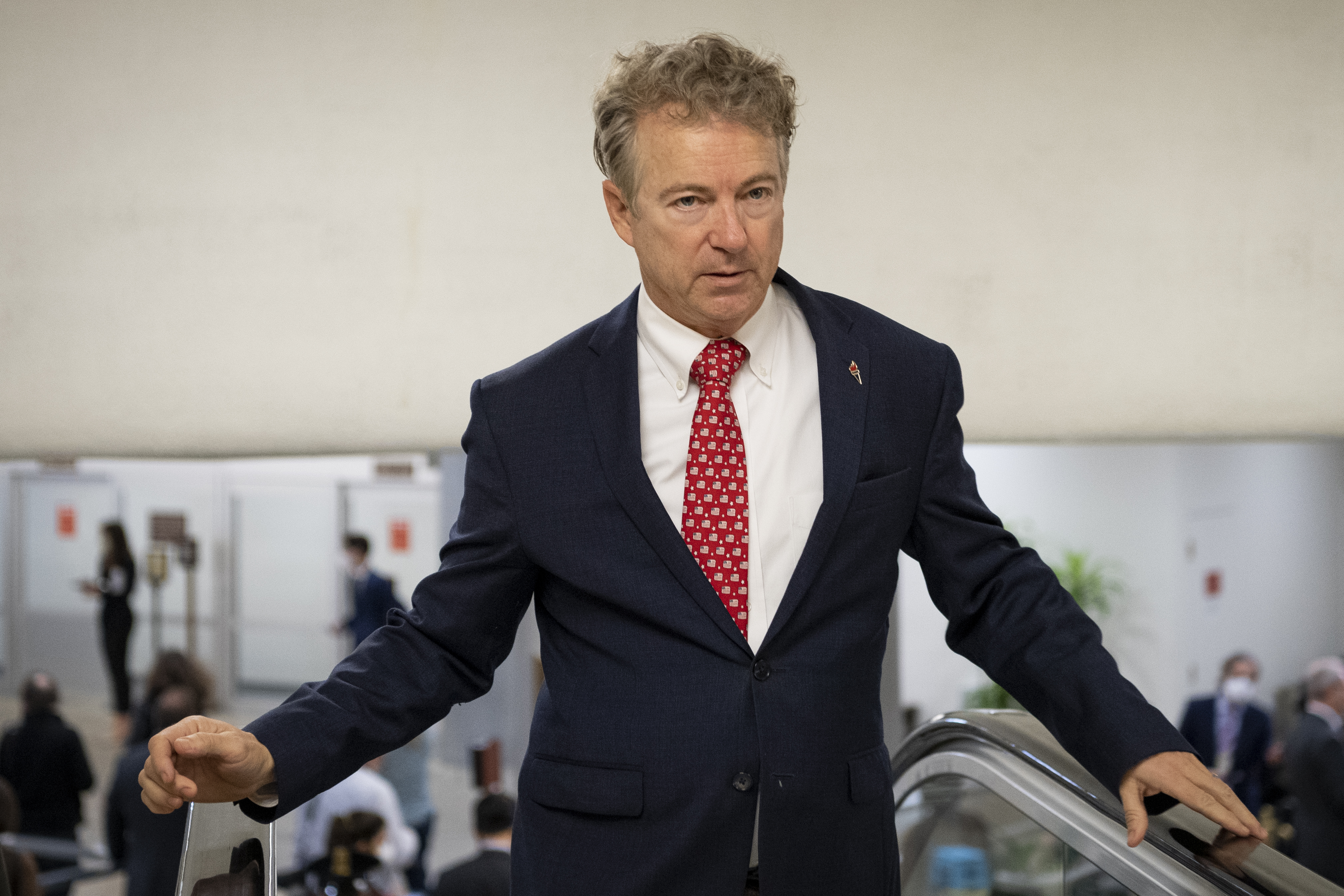 Trump Supporter Who Breathed on Protesters Is Facing Assault Charges