A video posted by an obscure YouTube channel dedicated to publicizing instances of police misconduct in New York City shows an NYPD officer repeatedly punching a man in the face as three others pin him to the ground.

But police say the video only shows part of the altercation, which started when police tried to escort the man out of a Lower Manhattan subway station for smoking a cigarette. He allegedly spit in an officer’s face and attacked another with punches of his own.

The nearly two-minute-long video was uploaded Thursday to an account called “NYPD Exposed/Copwatch Patrol Unit” and has accrued just over 12,000 views. During the encounter, a man, who police have since identified as 50-year-old Alex Lowery, struggles as at least four police officers try to restrain him.

Right at the start of the video, a single officer delivers a flurry of 11 punches on Lowery as the other three officers restrain him.

“Give me your hand,” the officer demands afterward.

Two more officers with K-9s are seen standing by while the man is slowly rolled onto his stomach and eventually handcuffed. The officers then stand the man up and place him against a nearby wall, and the video ends.

NYPD spokesperson Sgt. Edward Riley told VICE News that the YouTube video shows only part of the encounter, which he says occurred Tuesday evening. The department says Lowery was being escorted out of the station for smoking a cigarette, which violates New York City public transit regulations. As the cops walked Lowery out of the station, police say Lowery spit in an officer’s face.

Two of the officers were injured during the struggle, according to police. One officer sustained lacerations to his head and an injured knee while another sustained an elbow injury.

The NYPD released an edited and muted subway surveillance video of the incident Thursday night on their social media platforms. That version of the video shows officers escorting Lowery up the station stairs before he appears to break away from the officers. Everyone involved briefly runs off camera after which Lowery and an officer then tumble back down the stairs.

Police said Lowery refused to be handcuffed during the scuffle.

The video cuts to another surveillance video shot of the cop throwing punches at someone at the edge of the frame before footage seen in the YouTube video begins.

When asked for bodycam footage of the incident, the NYPD responded with an Instagram link to the same video released on Twitter.

Patrick Lynch, president of the city’s most prominent cop union, said the officers were just doing their job.

“For their efforts, they were spat on, attacked, thrown down a flight of stairs, and one police officer nearly had his ear ripped off,” Lynch tweeted Thursday night. “None of that assault was shown in the partial video circulating online, because the pro-criminal crowd doesn’t want you to know how truly dangerous the subways have become—even for police officers.” 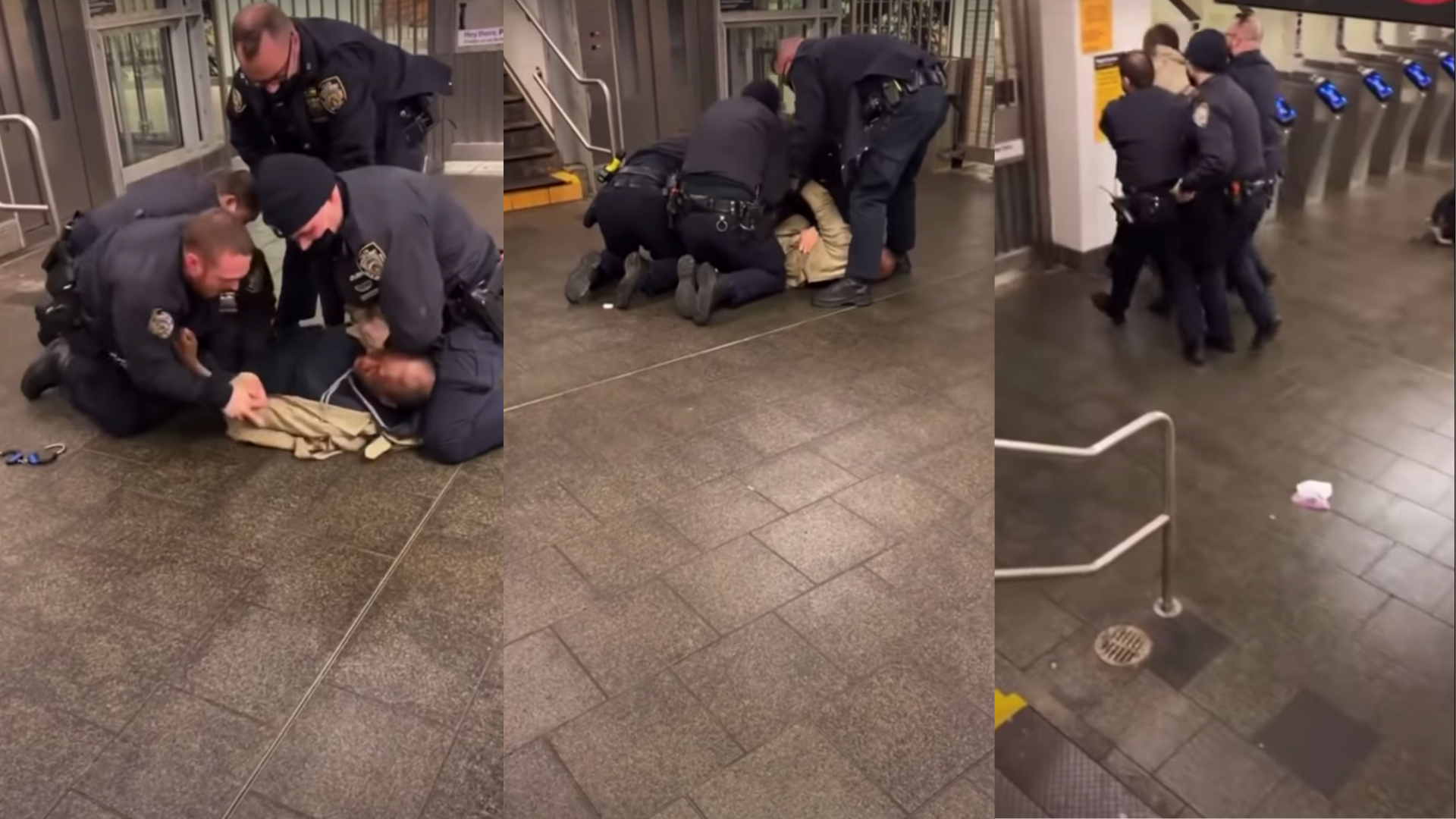 Bernie Sanders and Trump Are Teaming Up Against Mitch McConnell to Get You $2,000