Mike Lindell, founder of My Pillow Inc., poses for a photo during a rally for President Donald Trump at the Bemidji Regional Airport on September 18, 2020 in Bemidji, Minnesota. (Photo by Stephen Maturen/Getty Images)

Mike Lindell and his pillow company are getting sued for $1.3 billion—and he loves it.

“I wanted them to do this,” Lindell, CEO of MyPillow, told VICE News on Monday in reaction to Dominion Voting Systems’ massive lawsuit, which accuses him of spreading baseless election fraud claims. “This is a great day for me.”

Most people wouldn’t feel so hot about getting slapped with a ten-figure defamation suit. But Lindell says he plans to use the legal battle to try to dig up evidence for his claims that the company somehow stole the election from Trump—an idea that’s been widely dismissed as groundless and, of course, failed to convince even former Attorney General Bill Barr, one of Trump’s staunchest defenders.

Lindell said he plans to use the discovery process to attempt to secure access to the company’s voting machines.

“Dominion’s trying to bully me into standing down,” Lindell said. “It’s going to backfire on them.”

Lindell disputed Dominion’s assertion that he tried to use publicity generated by the controversy to sell more pillows. Asked about that idea, he let out a hearty belly-laugh.

Lindell pointed to retailers that have cut ties with this company over his controversial public statements, including Kohl’s and Bed Bath & Beyond, and estimated those departures may cost the company some $60 million-$70 million a year in lost sales. Lindell estimated his company’s annual revenue to be about $300 million-$350 million, but he said he didn’t have the exact number in front of him.

Far from backing down in the face of a legal fight, Lindell urged the public to watch his two-hour infomercial-style documentary about the 2020 election, “Absolute Proof”—which Dominion branded in its lawsuit as a “sham.”

Asked for his take on the QAnon conspiracy theory—a loose-knit set of ideas that generally hold up Trump as a savior from Satan-worshipping, cannibalistic Democrats—Lindell said he has no idea what the term means.

“I don’t know who they are, or what they are. Is it a club? is it a business? I don’t know,” Lindell said. “Do they sell pillows?”

Federal and state elections officials have said there’s no evidence voting machines were tampered with, and that the 2020 election was in fact the most secure in the nation’s history.

Lindell is only the latest figure involved in spreading accusations of election fraud to be sued by Dominion. 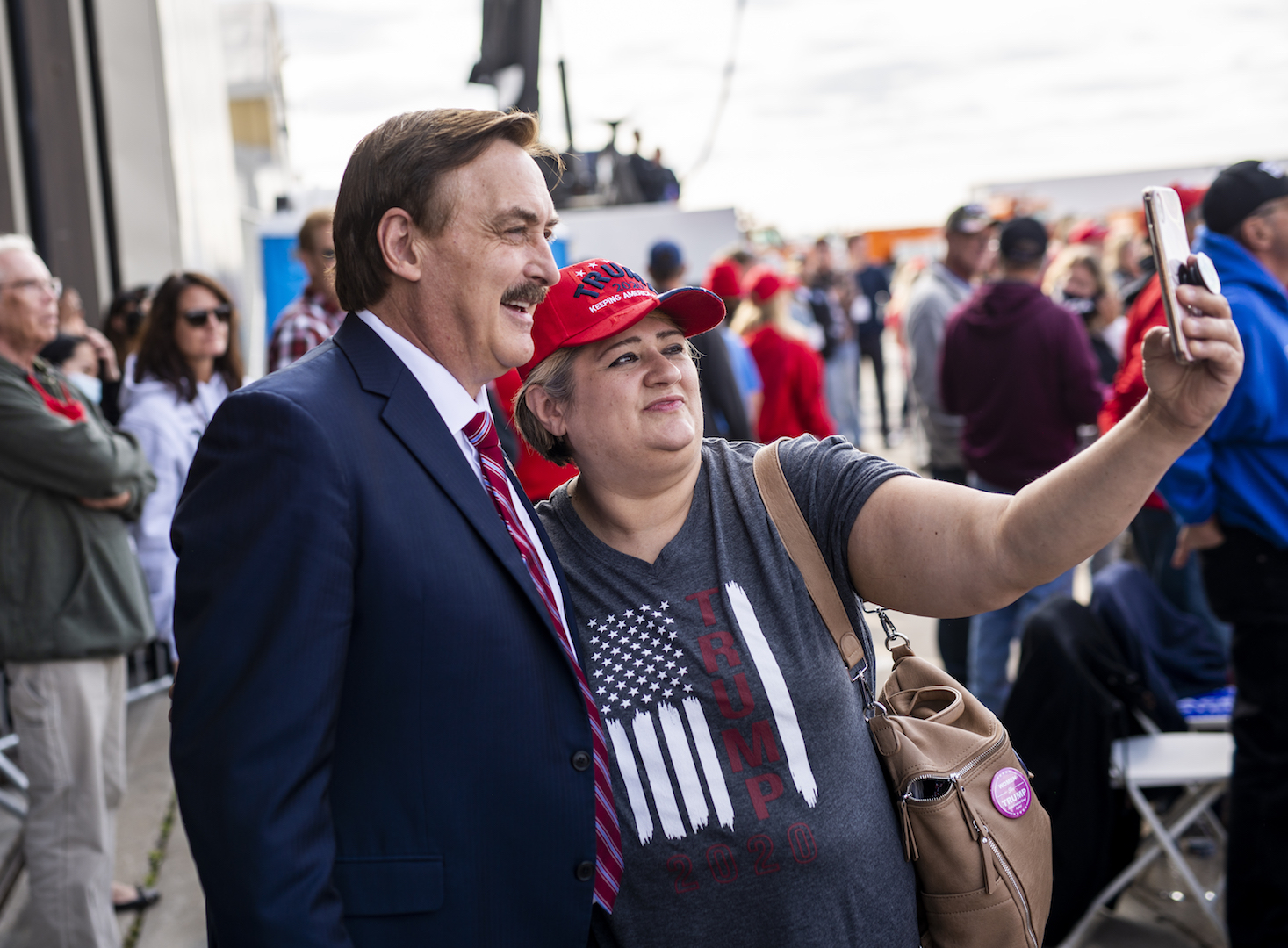