After nearly two dozen violent attacks on Asian Americans in the Bay Area over the last two months, elderly residents are desperate to find some sense of safety while going about their daily lives. And they’ve now turned to WeChat to find volunteers willing to escort them to buy groceries or wait with them at the bus stop.

Right before the COVID-19 pandemic began last March, the Oakland Chamber of Commerce created a community WeChat group to share information. In recent weeks, however, the group has grown to around 350 participants, primarily Asian Americans in the city, small businesses, and even representatives of local politicians, according to members who spoke to VICE News.

The chat helps keep its members informed about the ongoing investigations into the violent attacks and connect those in need with services as well as volunteers that could help them. Their efforts are even being translated and posted around the community so non-English speakers can participate and stay informed.

“Our group chat is very active with people saying things, taking pictures, sharing information of what they see and the latest of what’s going on in the neighborhood,” Jessica Chen, the executive director of Oakland Chinatown’s Chamber of Commerce and one of the founders of the WeChat group, told VICE News. “Our merchants and residents are more aware of the issues happening in our neighborhood than ever before.”

The attacks seem to target older patrons of Oakland’s bustling Chinatown neighborhood. On January 31, a man was caught on camera pushing a 55-year-old woman, a 60-year-old man, and a 91-year-old, seemingly for no reason, before fleeing the scene. Later that same week, a 70-year-old grandmother was shoved and robbed after visiting her local bank.

Prominent Asian American celebrities like actors Daniel Dae Kim and Daniel Wu have even offered rewards for information leading to an arrest.

In the last month, Oakland has seen a number of grassroots efforts to keep the streets safe by organizations like Asians With Attitude; the newly formed Compassion in Oakland, founded by resident Jacob Azevedo; and others. Many of these efforts either began on the WeChat or are using it to connect to the people who need their services.

“After the attacks and robberies in Oakland, many people were bringing their ideas to the WeChat,” said Linyi Yu, a full-time student at UC Berkeley and member of the WeChat group. She also volunteers for more than five different Asian civic groups in the Oakland area. “This is where people first began talking about forming some sort of civilian patrol. And this wasn’t from the Chamber of Commerce; it was from concerned residents.”

Soon after, different ideas on how to help the community exploded. To keep from overwhelming the main group chat, many people started their own spinoff sub-groups on the platform to gather volunteers and formulate their ideas and plans. From there, members can offer their services to the community at large through the Chamber’s master group.

As it works now, if an Oakland resident knows an elderly person who needs help with simple errands like grocery shopping, or wants someone to walk with them to the local market, the resident can simply request services in the Chamber of Commerce’s WeChat, and within a few hours, get a willing volunteer to help.

For folks who want to help with patrols, coordinating shifts and providing real-time updates of what’s happening in Chinatown throughout the day also happens through the app.

“The main Chamber group chat is more of where people check in on each other, the subgroup chats serve different purposes,” Yu explained.

Residents aren’t the only ones helping with the effort. Yu said that local reporters trusted within the community and representatives from local council member offices have also joined Chamber of Commerce’s WeChat to discuss how they can keep the community informed and even assist when possible.

Alvina Wong, the organizing director for the Asian Pacific Environmental Network told VICE News that her organization has been hard at work translating these messages as well as fliers and other community announcements about free meals and fundraisers so that everyone, including non-English speakers, can both participate and take advantage of helpful services.

“There’s a lot of beautiful organizing happening in WeChat that would have otherwise excluded a lot of our folks,” Wong said. “There’s a huge tech divide. People don’t know how to get on Zoom. Some people don’t even know how to send text messages. But our folks know how to use WeChat and how to send voice recordings on there. I think it’s a pretty impressive tool that our communities have used and rely on to be able to share information with each other.”

Many Chinese Americans already use WeChat to stay in touch with family in Hong Kong and China. While newer apps like Zoom and Google Chat have become popular over the last year, the Chinese-based WeChat has been a de facto communication app for the Asian community for years in the U.S. and it’s grown even more during the pandemic.

But when President Trump proposed to ban WeChat and other popular Chinese apps like TikTok last fall over privacy concerns, that threatened to sever years of communications established between Asian Americans here in the U.S. and their countries of origin overseas.

“We were really worried when the federal government was talking about banning WeChat,” Chen said. “We would have had to find some alternatives. I think we would have found one, but moments like this, when we’re trying to talk to as many people as possible, having an app this standardized in the community has made this process so much easier.”

Attacks on the Asian American community have skyrocketed since the start of the pandemic. Stop Asian American Pacific Islander Hate, a national coalition documenting discrimination and crimes against the Asian community, reported that they received 2,808 firsthand accounts of anti-Asian hate incidents in 2020, according to a report published earlier this month. And 7.3 percent of those incidents targeted people older than 60 years old.

Some Asian Americans, including California Deputy Attorney General Eric Chang, have criticized law enforcement for not considering many of these recent attacks in Oakland as hate crimes.

Still, President Joe Biden has made addressing the spike in crimes a priority: As one of his first actions in office, he ordered the DOJ and Department of Health and Human Services to work towards preventing and tracking discriminatory attacks on the Asian community more closely. 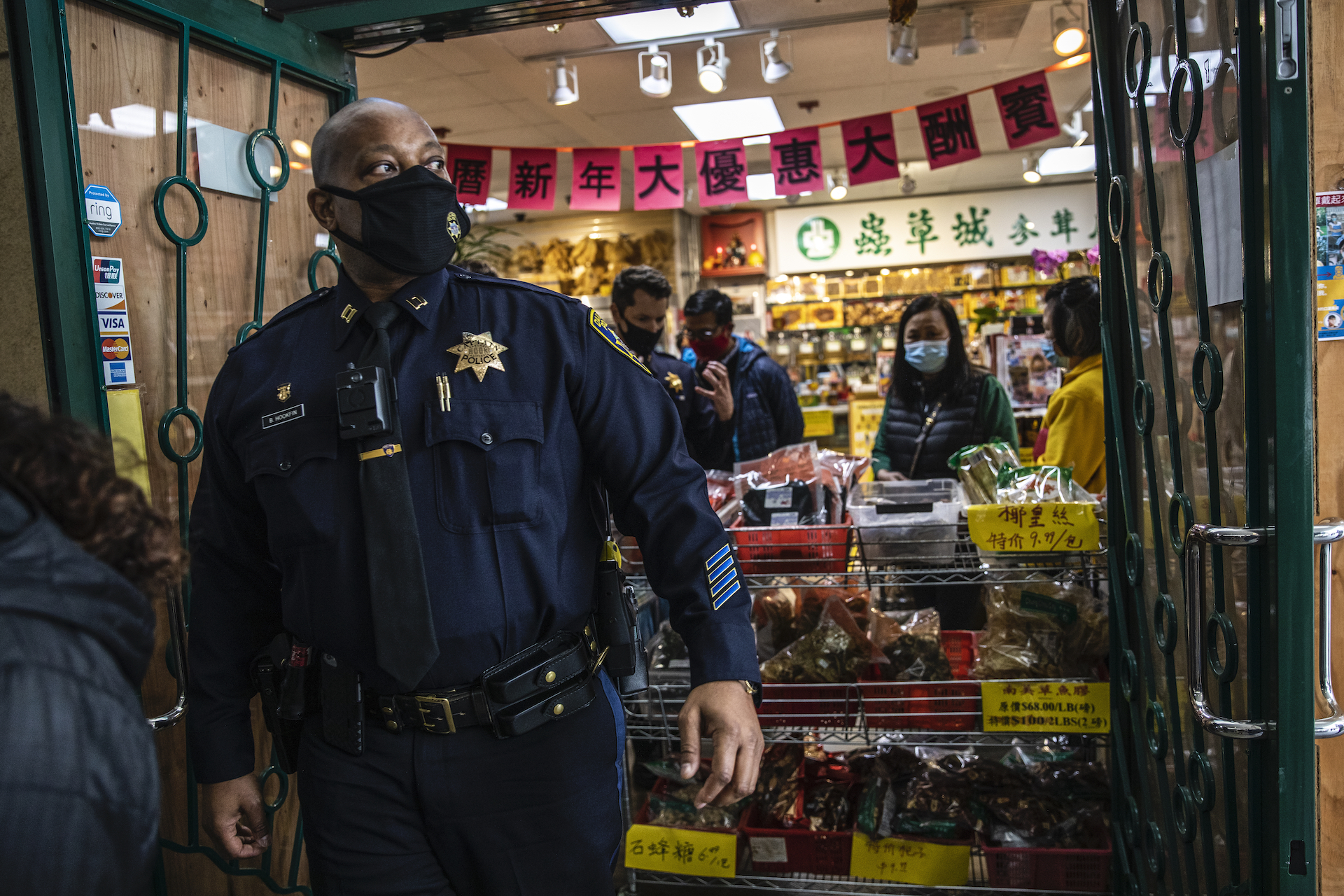 Pete Buttigieg Is Dropping Out of the Race

That Gun-Waving Couple From St. Louis Made a Weird, Dark Appearance at Trump’s Convention