In this handout screengrab Sacha Baron Cohen, winner of the Best Performance by an Actor in a Motion Picture – Musical or Comedy during the 78th Annual Golden Globe Virtual General Press Room on February 28, 2021. (Photo by Handout/HFPA via Getty Images)

Actor and producer Sacha Baron Cohen took home multiple Golden Globes Sunday for “Borat Subsequent Moviefilm,” but he joked that it was all thanks to a certain attorney for former President Donald Trump.

“This movie couldn’t have been possible without my co-star, a fresh, new talent, who came from nowhere and turned out to be a comedy genius,” Cohen joked in his acceptance speech for the mockumentary, during which the fake Kazakh journalist take a road trip through America in an attempt to bribe President Donald Trump with a monkey (and later Mike Pence, with his daughter). The film won for Best Motion Picture, Comedy or Musical.

Cohen was referring to the former New York mayor’s appearance in the movie, during which Giuliani was roped into an interview with actress Maria Bakalova, who played Borat’s daughter and a journalist for a fake right-wing news website. After the interview, Giuliani invites her back to his room for a drink.

During the hotel room visit, Giuliani repeatedly hits on Bakalova, touching her on her lower back and asks for her number. Eventually, he lays down on the bed and reaches into his pants before Cohen, playing Borat, bursts into the room. “She’s 15, she’s too old for you!” Borat says to Giuliani. “She’s my daughter, please, take me instead!”

“I mean, who could get more laughs after one unzipping?” Cohen said Sunday. “Incredible.”

Giuliani has denied any wrongdoing during the scene and called it a “complete fabrication.”

“I was tucking in my shirt after taking off the recording equipment,” Giuliani wrote in an October tweet shortly before the release of the film. “At no time before, during, or after the interview was I ever inappropriate. If Sacha Baron Cohen implies otherwise he is a stone-cold liar.”

In addition to the movie, Cohen won a Golden Globe for himself as best actor in a musical or comedy for his role as the titular character in the mockumentary.

“Our movie was just the beginning for him [Giuliani],” Cohen continued. “Rudy went on to star in a string of comedy films, hits like “Four Seasons Landscaping,” “Hair Dye Another Day,” and the courtroom drama “A Very Public Fart.”

Since the release of the movie, Giuliani has participated in his fair share of controversies. Trump lost the election, and Giuliani went on to lead the campaign’s wildly unsuccessful effort to challenge election results in various states that went blue. Giuliani and other Trump allies then lost dozens of those lawsuits, and President Joe Biden was inaugurated on January 20.

In addition, Dominion Voting Systems, a voting machine and software company , sued Giuliani for $1.3 billion,  and Smartmatic, an electronic voting technology company, sued him for $2.7 billion (along with Fox News and various network personalities, as well as fellow attorney Sidney Powell) after he pushed conspiracy theories that those companies helped commit wide scale election fraud to cheat Trump out of his re-election.

Cohen had some fun at Trump’s expense as well. After winning the Golden Globe for best actor, Cohen quipped: “Hold on, Donald Trump is contesting the result. He’s claiming that a lot of dead people voted, which is a very rude thing to say about the [Hollywood Foreign Press Association].” 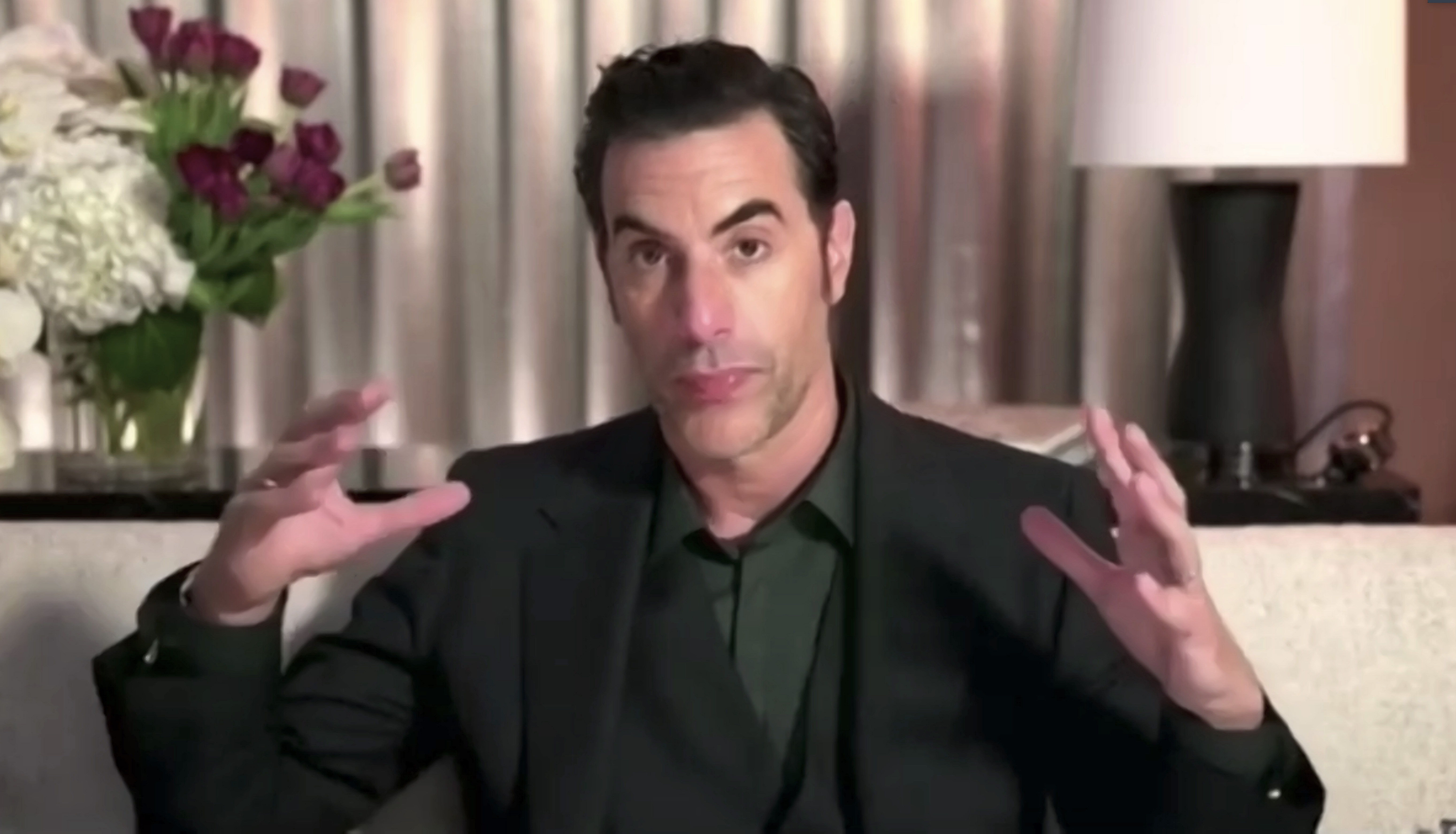