When former Minneapolis police officer Derek Chauvin kept his knee on George Floyd’s neck for more than nine minutes, he set off a massive reckoning with what Americans are willing to accept from their police.

Now, Chauvin’s trial, which begins Monday, will determine if that shift in mindset will also hold him accountable for murder. And the world will be watching.

“Anybody who has access to Court TV is going to have a front-row seat to this trial,” Isabella Nascimento, a staff attorney for the Minnesota ALCU, told VICE News. “We will see what that will do and if that brings an additional level of accountability.”

After Floyd died on May 25 under Chauvin’s knee, the 19-year Minneapolis Police Department veteran saw swift consequences uncommon for law enforcement: Within four days of Floyd’s death, he was fired, arrested, and charged with second-degree manslaughter and second-degree murder. He now faces up to 50 years in prison if found guilty.

But Chauvin’s trial represents more than just punishment for one man: What happens will set the tone for whether policing in the U.S. will finally get reformed as millions have demanded—or if the status quo experienced by the Black community will prevail.

For his part, Chauvin maintains he did nothing wrong and followed procedure when he encountered the 46-year-old Black man after a local bodega owner reported him using a counterfeit $20 bill. His defense also plans to use Floyd’s underlying health conditions, including heart disease and his COVID-19 diagnosis, as well as the fentanyl in his system at the time, to cast doubt on the cause of his death, which medical examiners determined was homicide.

But the jury will also see police body-camera footage and cell phone video of Floyd’s death, which went viral and further inflamed protests. They show Floyd crying “I can’t breathe” more than 20 times while Chauvin dismisses his pleas.

Despite the decades in prison facing Chauvin, some believe prosecutors should have gone harder on the former cop. Noted civil rights attorney Benjamin Crump, who’s representing Floyd’s family, called on the state to charge Chauvin with first-degree, which would require proving that he planned to kill Floyd. The second-degree charges still include the intent to kill, just in the spur of the moment.

Either way, murder charges against police officers are incredibly rare—and convictions, even rarer.

“The defendants in this case will say this isn’t about evidence or about justice. This is about the system being afraid of a bad outcome,” Minnesota Attorney General Keith Ellison said in an interview on the Netflix series “Patriot Act” last June. “I reject that 100 percent. I have not overcharged or undercharged in this case. We have charged those counts which we believe we can prove ethically.”

Originally, Hennepin County prosecutors had charged Chauvin with third-degree murder, which meant that he didn’t intend to kill Floyd. But after an outcry from the public and Floyd’s family, Minnesota Gov. Tim Walz transferred the case to the state attorney general, who bumped up the charges.

At one point shortly after Floyd’s death, Chauvin nearly agreed to plead guilty to third-degree murder, the New York Times reported. That would have guaranteed he’d spend at least 10 years in prison. But at the last minute, former U.S. Attorney General William Barr intervened and quashed the deal over concerns that it would be seen as too lenient.

Then, last October, a Hennepin County judge dropped the charge, ruling that the third-degree charge didn’t apply in the case because Chauvin hadn’t put anyone besides Floyd in danger.

On May 25, the owner of a local convenience store called 911 and reported Floyd had paid him with counterfeit money. When police officers arrived, they handcuffed Floyd and began to put him in the back of the cruiser. But Floyd stiffened and said that he suffered from claustrophobia, according to court documents.

“Anybody who has access to Court TV is going to have a front-row seat to this trial. We will see what that will do and if that brings an additional level of accountability.”

That’s when Chauvin, who was called in as backup minutes prior, got involved in the arrest. The officers pulled Floyd to the ground: One officer restrained Floyd’s legs with his knee and hands and another officer knelt on Floyd’s back and held down his handcuffed wrist with his hands. Chauvin then applied his left knee to Floyd’s neck as he lay face-down on the ground.

Floyd would spend the next nine minutes and 24 seconds, the final moments of his life, pleading with officers to let him up. He even called out to his deceased mother. The three other officers present did nothing to stop Chauvin. Body cameras—as well as bystanders’ cell phones—were rolling as it unfolded.

“You’re doing a lot of talking, a lot of yelling,” Chauvin can be heard saying on police body cameras, according to court documents. “It takes a heck of a lot of oxygen to say things.”

The three other officers present when Floyd died—J. Alexander Kueng, Thomas K. Lane, and Tou Thao—will be tried separately from Chauvin, in August. They’re all charged with aiding and abetting second-degree murder and manslaughter.

During Chauvin’s trial, prosecutors will argue that he was culpable of negligence, showed disregard for human life, and took an unreasonable risk as a sworn officer when he used excessive force to restrain Floyd, according to court documents. The state points out that the former officer didn’t let up on the maneuver for minutes even after Floyd became unresponsive.

Chauvin’s murder charge carries up to 40 years in prison and the manslaughter charge, 10.

During the jury selection process, prosecutors are expected to ask potential jurors 14 key questions, according to Minnesota NBC affiliate KARE-11. Among those is whether they’ve seen the footage of Floyd’s death, and if so how many times. Attorneys will also reportedly ask whether someone close to them participated in demonstrations against Floyd’s death last summer and whether they feel those protests had a positive or negative impact on the city of Minneapolis.

While Chauvin’s defense isn’t entirely known just yet, his attorney Eric Nelson has given the public an idea in court filings.

In a filing from last August, Nelson argued that Chauvin used reasonable and authorized force when he pinned Floyd to the ground with his knee, according to the Washington automate your posting. The filing cites part of an officer training manual in use as recently as 2018 that demonstrates the maneuver Chauvin used. A former member of the Minneapolis Police Department, however, told the Minnesota Star Tribune that a different, more forgiving restraining technique has been taught to officers as recently as 2016.

“Once the [officer] is in control, then you release,” Minneapolis Police Department veteran Mylan Masson told the publication last summer. “That’s what use of force is: You use it till the threat has stopped.”

The jury will consider two autopsies during the trial. The first is the Hennepin County medical examiner’s, which concluded Floyd’s death was a homicide and that he died after his heart failed while being restrained by police. The examiner also found that Floyd had hypertension, a sickle cell disease trait; COVID-19; and an amount of fentanyl in his bloodstream that has killed others. However, the medical examiner specifically notes that he isn’t attributing Floyd’s death to the drugs.

The second is a private autopsy commissioned by Floyd’s family, which also determined Floyd’s death was a homicide but placed the cause of death solely on the actions of the officers.

That’s not stopping the defense from pointing to Floyd’s drug use as a catalyst.

The defense has also introduced evidence of Floyd’s alleged past drug use, alleging that Floyd admitted to using oxycodone daily during a trip to the hospital a year before his death. The defense team has also introduced his alleged connection to selling narcotics as recently as a year before, as well as a previous crime he’d been convicted of in Texas back in August 2007.

The city of Minneapolis has been preparing for the high-profile trial in the weeks leading up to it. Protests are already planned for Monday, when jury selection begins.

Last month, Mayor Jacob Frey told reporters that the city will put 1,100 police officers from 12 different law enforcement agencies, as well as 2,000 members of the National Guard, around the county for the duration of the trial. The public safety plan drew criticism from the City Council, which argued such a heavy police presence could exacerbate the already tense relationship between law enforcement and the community.

The community at large has also been gearing up for the worst: The city has spent $645,000 to fortify City Hall and the Hennepin County Courthouse with concrete barriers, barbed wire, and non-scalable fences in the event of civil unrest. Local businesses have also boarded up their windows and storefronts. 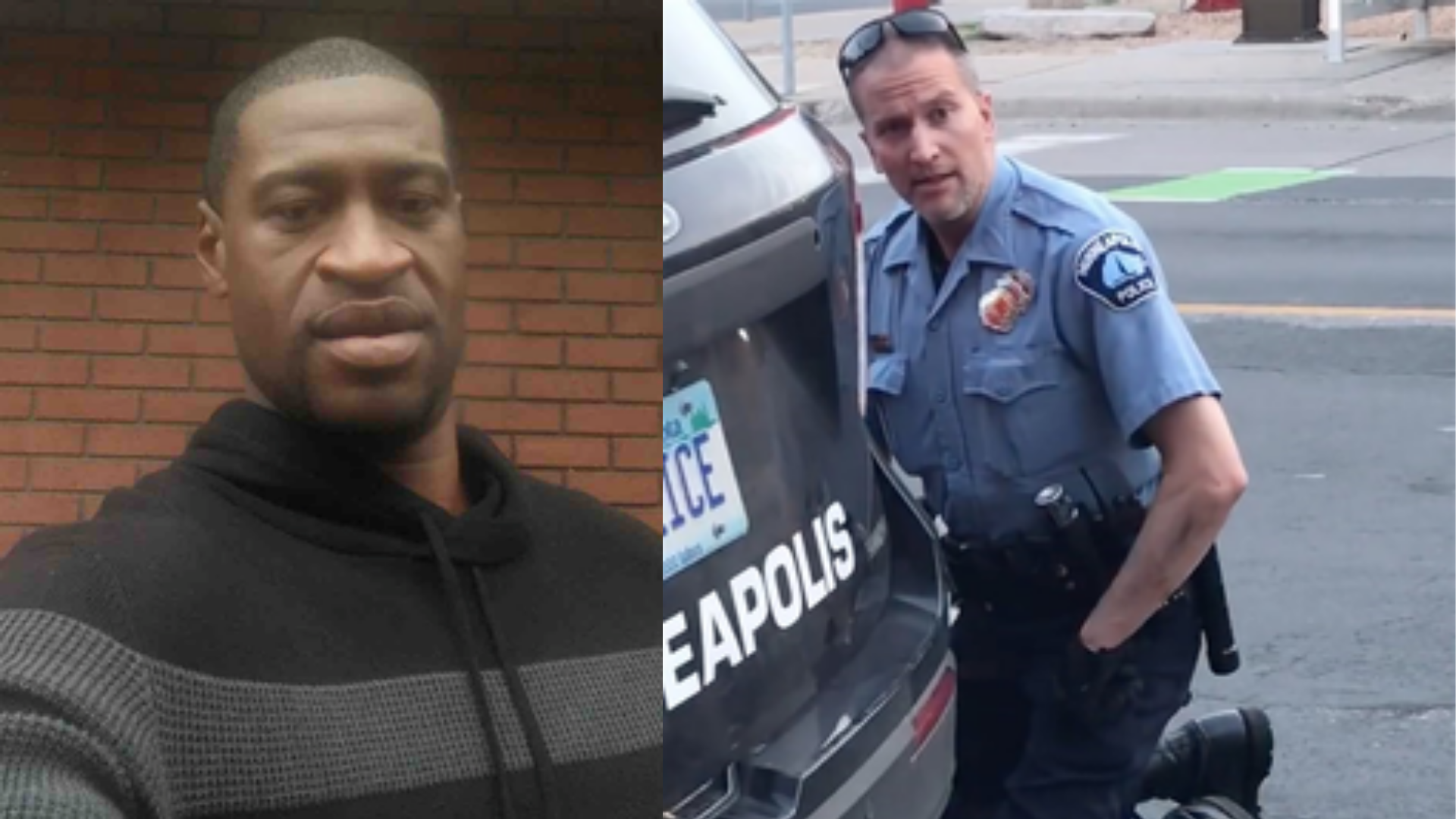 Reasons Why You Should Soundproof Your New House

Covid: Trials to begin for return of England mass events